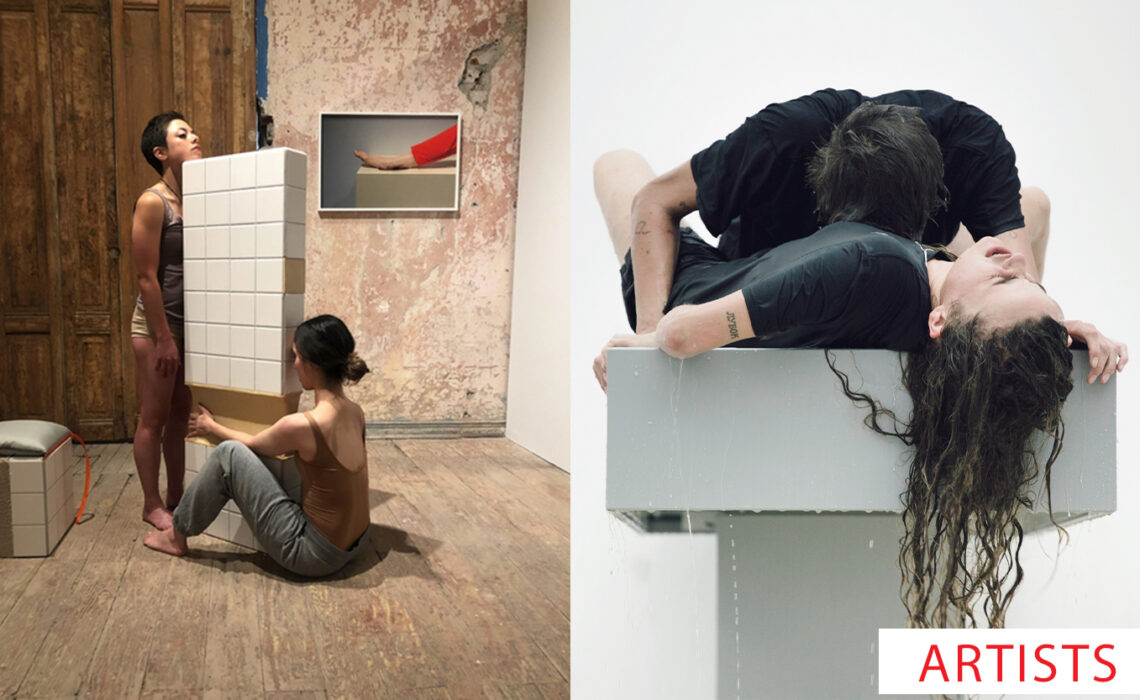 Performance art is all about space, movement and corporeality, and the possibilities to explore them are endless. Political as well as social and aesthetic issues are commonly addressed in the work of performance artists in order to explore the relationships of the human behavior within both the reality and the social life. Two of the most interesting performer artists nowadays are Melanie McLain and Anne Imhof, whose practices are closely related regarding the importance of the body as the main axis of their works. Although their proposals have some aspects in common, their approach to performance offers dissimilar perpsectives.

“There will be Rain”. This was Anne’s answer to the question “How do you see the future”? in an interview for Purple magazine. The phrase might be a good metaphor for her practice: a fluid movement always unpredictable, but subtly framed as an action painting. While hers is a multidisciplinary practice that involves choreography, drawing, music, installation and sculpture, Imhof takes the artistic values and aesthetical possibilities of the painting and take them as the basis of her performances. This is idea isn’t taken by the artist as a metaphor, but as a conceptual process to make visible an image within a space and through body’s movements. In this sense, she understand the space as a surface to make compositions withe the body of her performers. One of the main aspects of Imhof’s work is the way she directs the gestures and postures of the human figures or bodies to create a moving image. 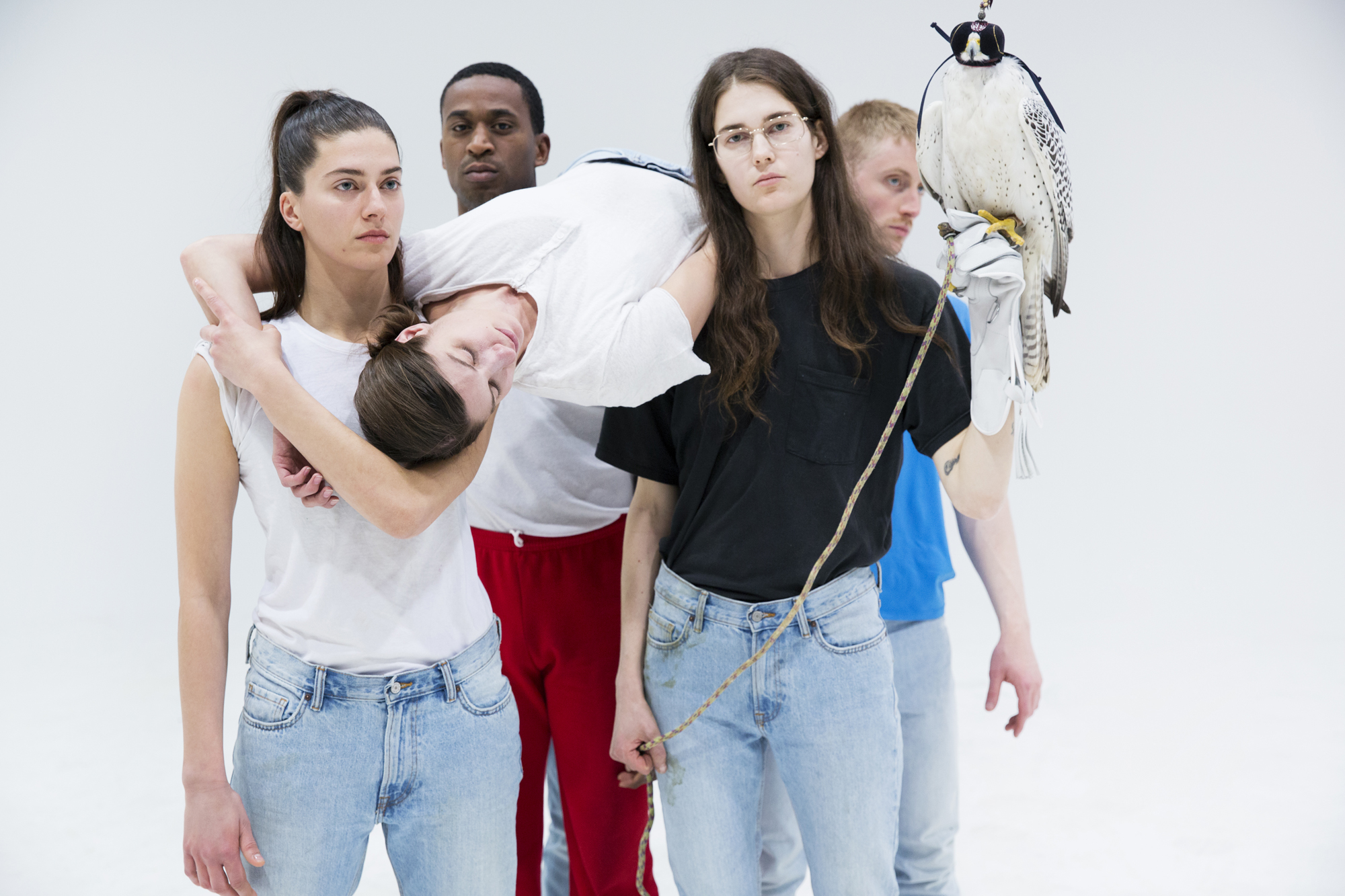 Imhof’s Faust (2017) at the German pavilion during the 57th International Art Exhibition of La Biennale di Venezia was awarded the Golden Lion for Best National Participation. She also has presented her performance in Kunsthalle Basel (Angst, 2016), Hamburger Banhof (Angst II, 2016) in Berlín and MoMA PS1 (DEAL, 2015). She studied at the Städelschule in Frankfurt am Main.

“I think space and architecture influence our emotions and behavior in many ways in which we are not overtly aware”, said Melanie Mclain for Daily Lazy. To first sight, her work is a beautiful choreography happening in real time on a previous designed stage. However, as Mexican curator Abril Zales mentions: McLain’s work it isn’t based on the dance neither on the coreography, but in a continuos relationship and dialogue between scultptural objects, bodies and the space in where they are. Her work usually involves sculpture, architecture and performance that explores the power structures created through design as it influences social dynamics, emotion, and behavior. 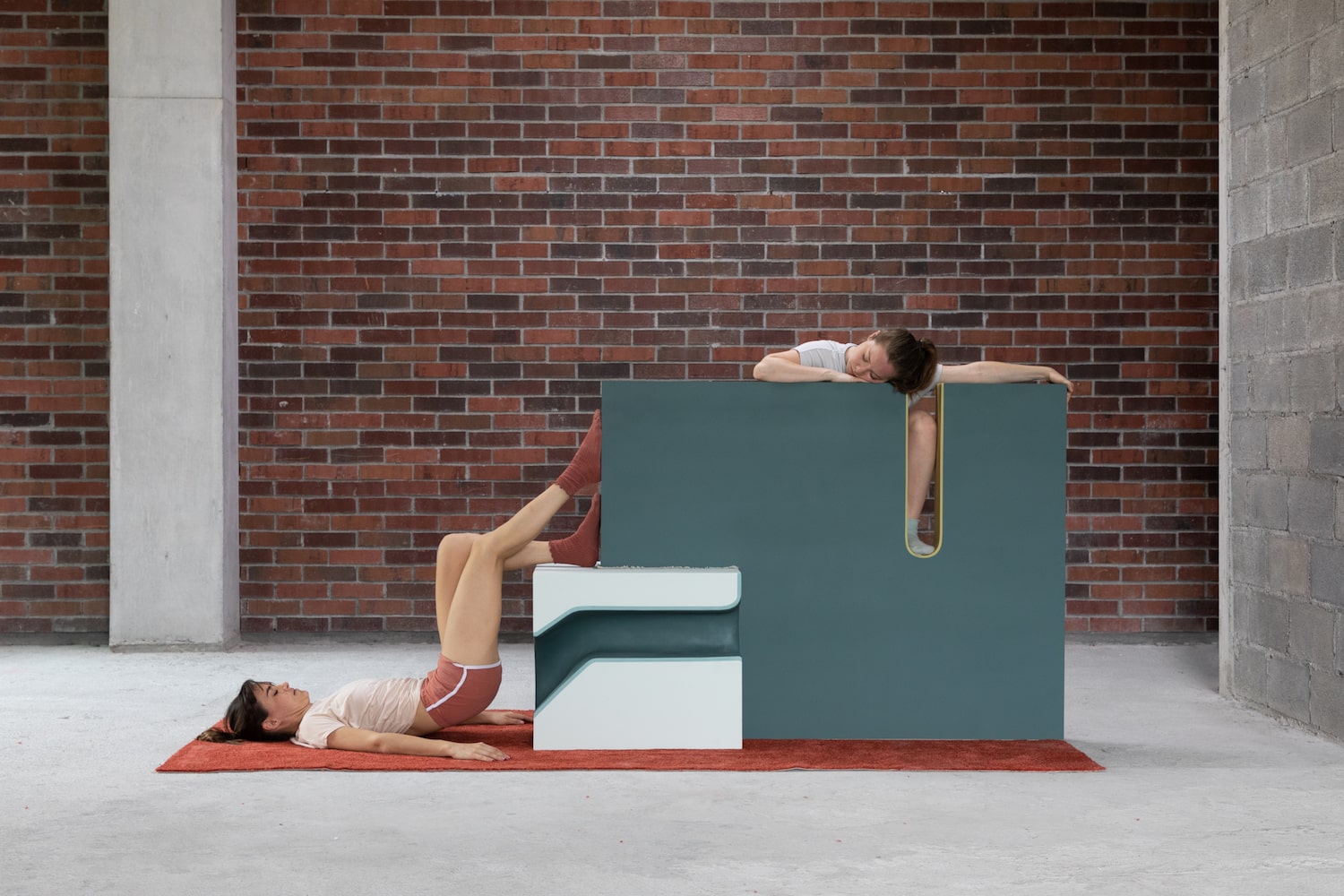 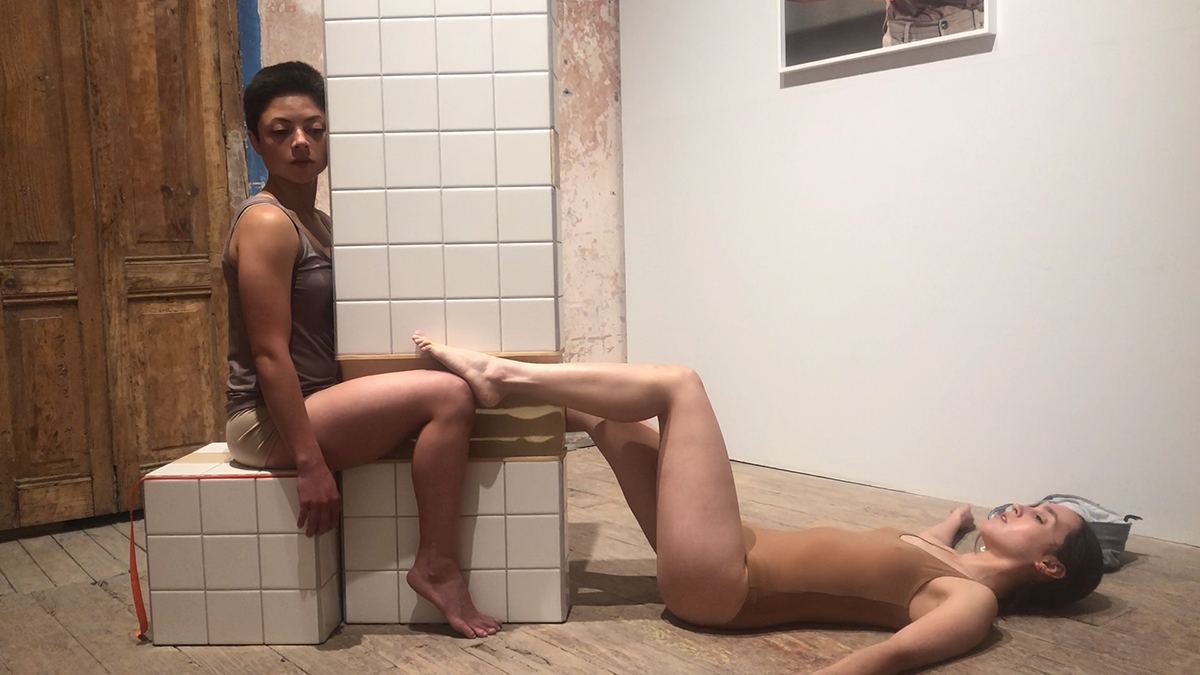