5 Books to Understand The Importance of Materiality in Art

Materials in contemporary art have been underestimated based on idea and concept. However, throughout the history of art, artists have appropriated and taken advantage of the physical and symbolic qualities of matter to give shape and meaning to their works. Here we present 5 books to get closer and better understand the importance of materials in art.

Conceptualism and Materiality. Matters of Art and Politics underscores the significance of materials and materiality within Conceptual art and conceptualism more broadly. It challenges the notion of conceptualism as an idea-centered, anti-materialist enterprise, and highlights the political implications thereof. 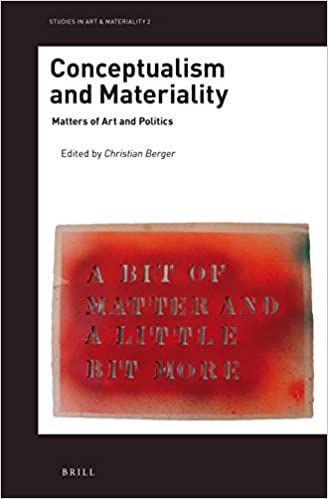 B)  Materiality
Materiality has reappeared as a highly contested topic in recent art. Modernist criticism tended to privilege form over matter—considering material as the essentialized basis of medium specificity—and technically based approaches in art history reinforced connoisseurship through the science of artistic materials. But in order to engage critically with the meaning, for example, of hair in David Hammons’s installations, milk in the work of Dieter Roth, or latex in the sculptures of Eva Hesse, we need a very different set of methodological tools. 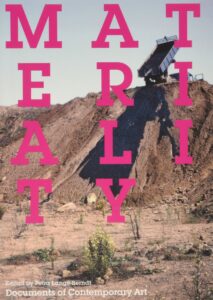 C) The Aesthetics of Matter. Modernism, the Avant-Garde and Material Exchange
It has often been argued that the arrival of the early-20th-century avant-gardes and modernisms coincided with an in-depth exploration of the materiality of art and writing. The European historical avant-gardes and modernisms excelled in their attempts to establish the specificity of media and art forms as well as in experimenting with the hybridity of the materials of their multiple disciplines. This third volume of the series European Avant-Garde and Modernism Studies sheds light on the full range and import of this aspect in avant-garde and modernist aesthetics across all art forms and throughout the 19th and 20th centuries. 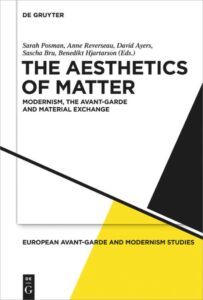 D) Studies in Art & Materiality
Artists possess knowledge about materials, their affordances and interactions, and skillfully transform materials into art objects. The resulting specific materiality of a work of art is not only an index of its making, but is also fundamentally connected to meaning, aesthetic perception, mimetic potential, economic value, cultural and social impact, as well as its endurance and preservation. Understanding these connections enhances the field of art history and opens new avenues of investigation, ranging from the focused situated study of individual materials and art objects to comparative inquiries that cross traditional boundaries between genre, time, and space. The development of salient theoretical and methodological frameworks to study the materiality of art connects art history and its sub-disciplines (technical art history, museum studies) to anthropology, history of science, archaeology, material culture studies, as well as the cognitive sciences. 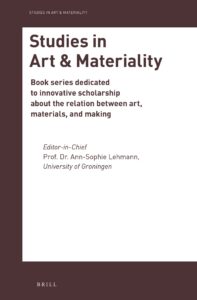 E) Object-Event-Performance – Art, Materiality, and Continuity Since the 1960s
Much of the artwork that rose to prominence in the second half of the twentieth century took on novel forms—such as installation, performance, event, video, film, earthwork, and intermedia works with interactive and networked components—that pose a new set of questions about what art actually is, both physically and conceptually. For conservators, this raises an existential challenge when considering what elements of these artworks can and should be preserved.