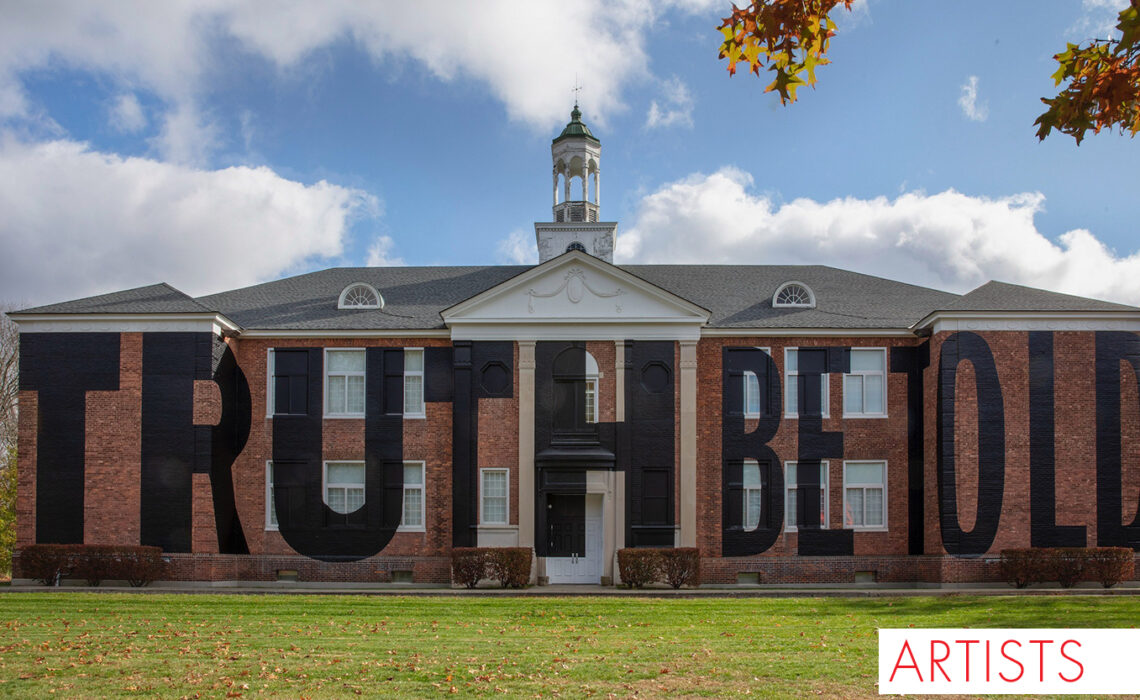 The power of art is undeniable. Some people is still thinking art is useless or even worst: that it is just about beauty. However, messages in art are as powerful and political as any speech given by politicians or activists. Last year, artist Nick Cave (Fulton, 1959) created a big installation which was subjected to censorship.

Following the murder of George Floyd in May when he was arrested by Mineappolis police, several racial justices protests took place in the United States over the summer. Artists also raiced their voice through different ways, specially with graffitis or posters, in favor or the Black Lives Matter movement “whose mission is to eradicate white supremacy and build local power to intervene in violence inflicted on Black communities by the state and vigilantes.”

In this context, Nick Cave took the facade of  The School, a 30,000-square-foot former high school in Kinderhook, NY which was transformed by Jack Shainman Gallery in to one of its venues to develop curatorial projects. The large-scale installation is a public sign made of black letter cover the building’s windows and doors with the message “Truth be Told”. Acording to the gallery,  “The statement is a pointed antidote to a presidency known for propaganda that disguises truth and history to present racist and nativist ideology as patriotism.”

Beyond the possible discussions about race, social injustice or police brutality, neighbors and officials from the Hudson Valley villates requested to remove the work arguing it was a sign which violates local building codes and that it was dangerous as it could provoke a fire. Cave considered this allegations as censorship and an “indication of where people stand”. 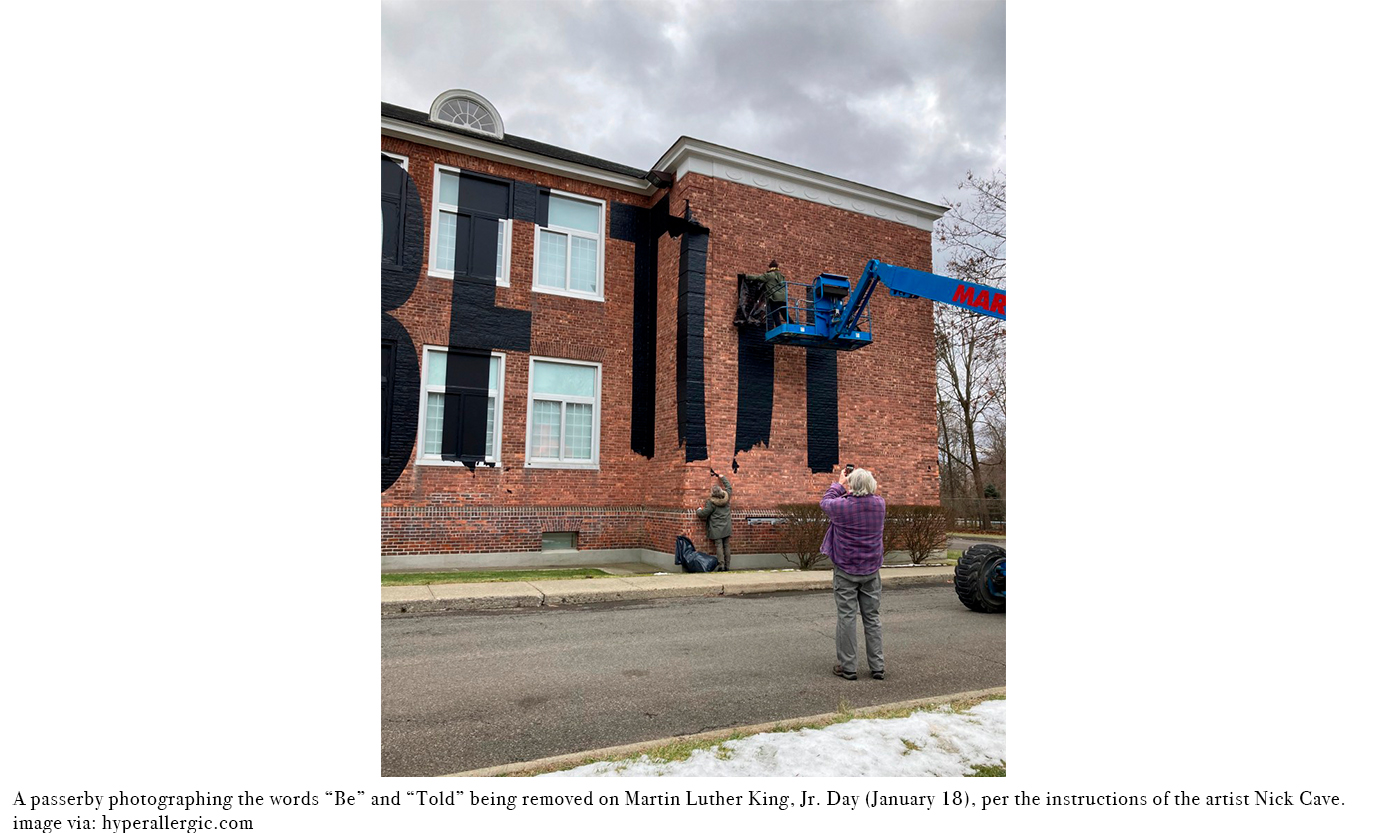 The situation turned bigger when the allegations were put under a legal consideration. Fortunately, “After a months-long legal controversy, the zoning board of Kinderhook, New York, voted unanimously in favor of Truth Be Told, acknowledging that it qualifies as an artwork and is thus protected under the First Amendment. In May, the work will travel to the Brooklyn Museum, where it will be displayed on the outdoor plaza near the entrance to coincide with an exhibition of contemporary works from the permanent collection,” have announced Cave’s gallery on recent days.