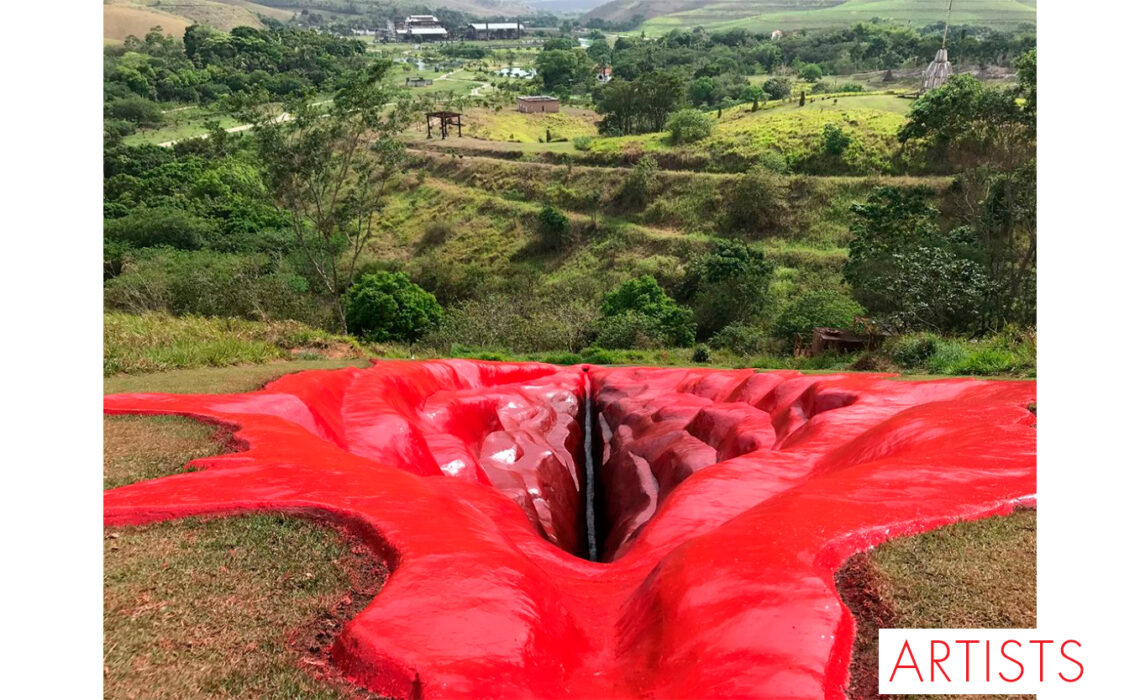 “Diva” Sculpture: What’s the Problem with Female Body in Art?

Artists has been representing the human body since prehistoric times, because both female and male bodies are part of the nature such as trees, sky and the eart. (We all knows that, right?). So then why the depiction of the female body in its whole nature, understood as nudity, is still offending consciences?

It is the end of 2020, we live the 21st Century. A huge sculpture apperead on the hills of the Usina de Arte, a rural art park in northeast Brazil. And the 2021 dawned in the midst of the controversy thanks to conservative groups who felt outrage because of an artwork with the form of a vulva. 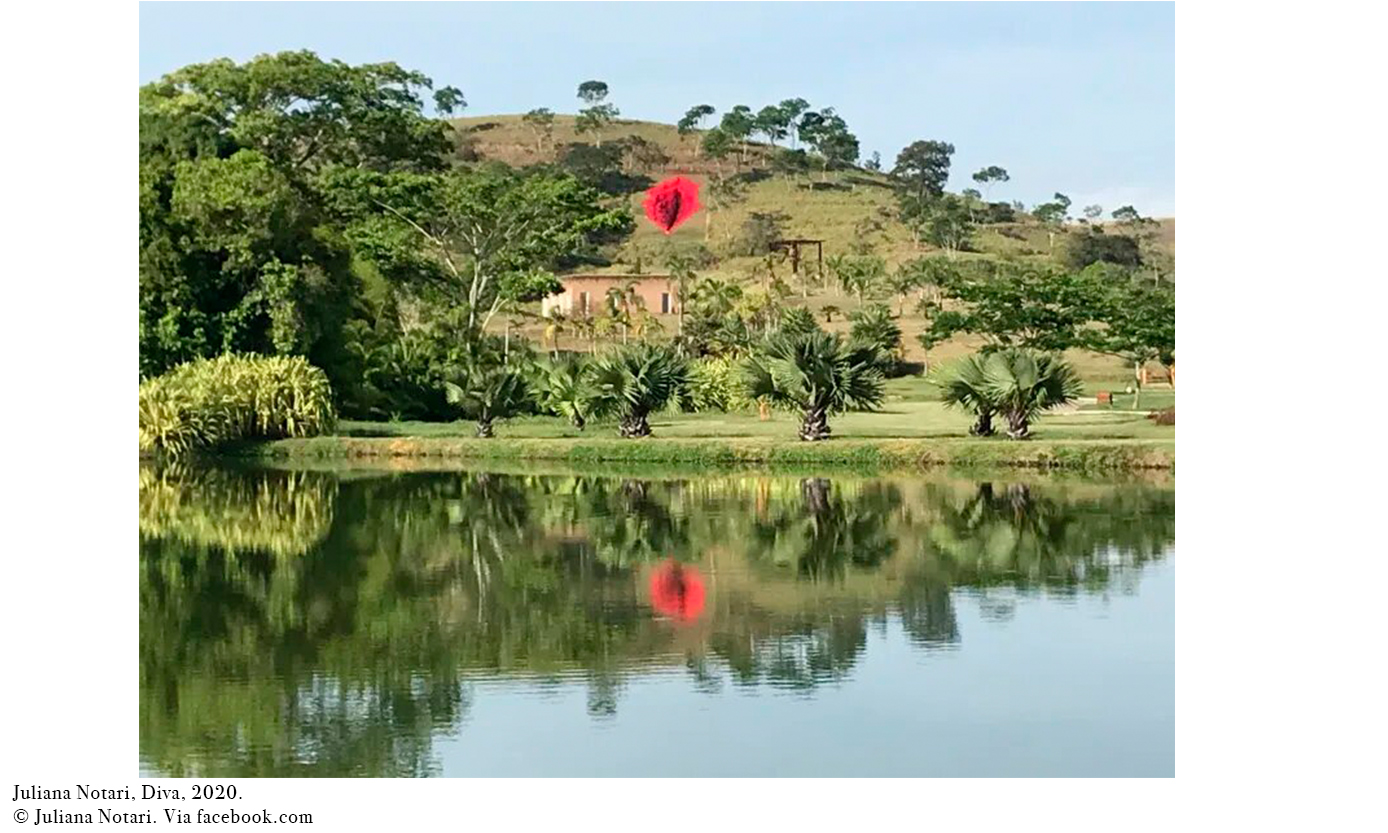 Diva is a work by Brazilian artist Juliana Notari, made of reinforced concrete and resin, and hand-sculpted by more than 20 workers who dug nearly 20-foot-depp hole in the ground during a period of 11 months. The sculpture is actually a truly piece of landart whose vulva form is closely related with the conception of the Mother earth. For the artist, Diva is conceived to defy the “phallocentric and anthropocentric western society”. That is to say, Notari seeks to create a dialogue around gender issues from a female perspective but also around the relationship between body, nature and culture. 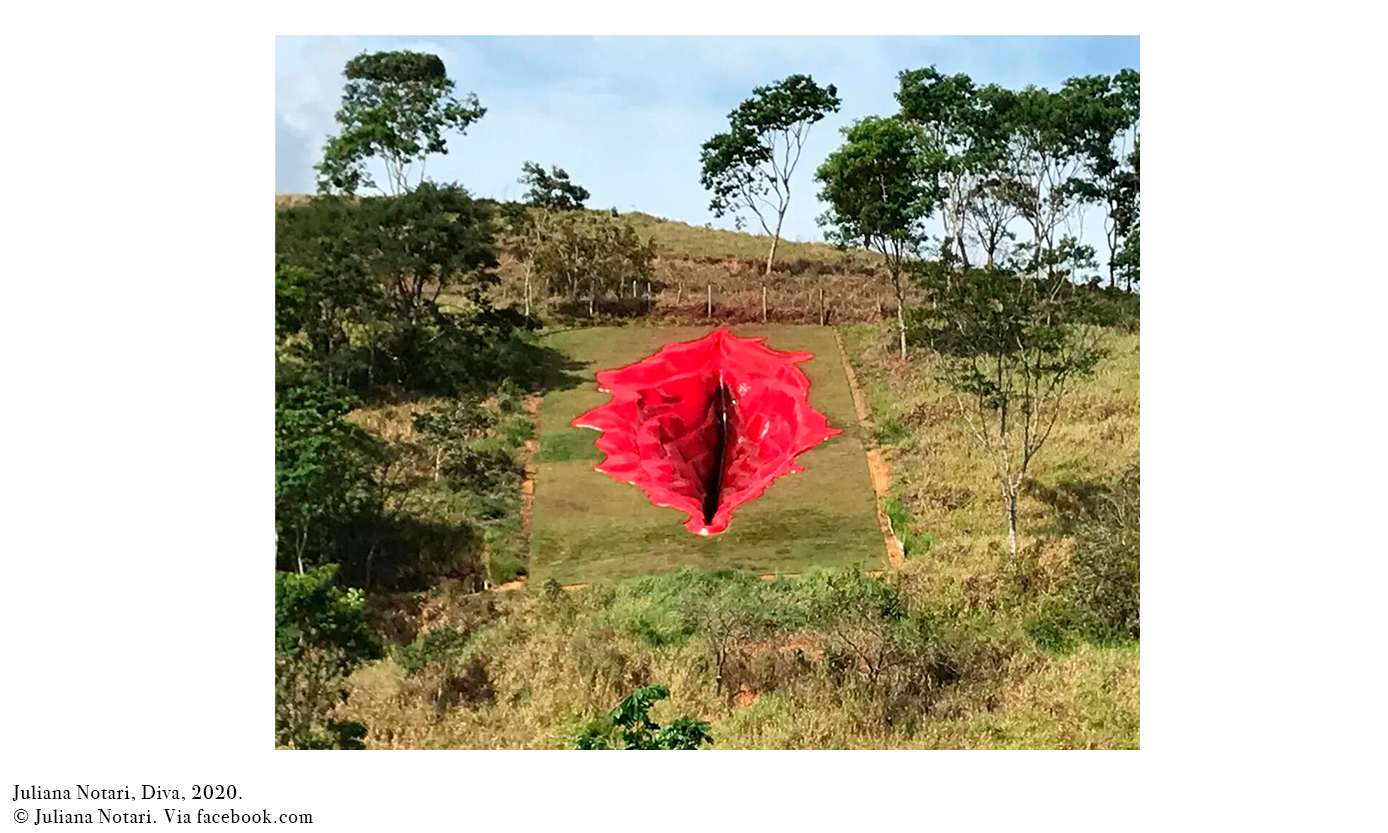 Since the very first day of 2021, several conservative groups from Brazil as well as several people in social networks pointed out the work for being immoral and a bad taste work of art because of the “female sex organ wasn´t created for being showed in public”. Yes, this is happening in the 21st Century. But it also recalls and older work of art from 1886 by Gustave Courbert: The origin of the world. Althought the piece was painted more than one century ago, an image of this classic work of art was censored by Facebook because of its strict no-nudity policy, which also has been applied to artworks such as the Venus of Willendorf and Edvard Eriksen’ The Little Mermaid (1913) among others.

Just for the record, after eight years of the controversy around Courbert’s work and after a long legal dispute, Facebook allows nudity in images but just in the case of paintings and sculptures.

Regarding Diva, artist Juliana Notari has always said the sculpture it is not only related with the vulva, but also with the explotation of the earth by the capitalism. “If it was just a vulva, I would have built the labia and the clitoris as well.”

Featured Artist
Theo Michael: Paisajes distópicos
News
4 Women from Sculpture and Video for The Turner Prize 2022
Art Advisory
How Have Women Been (Historically and Mythologically) Represented in Sculpture?