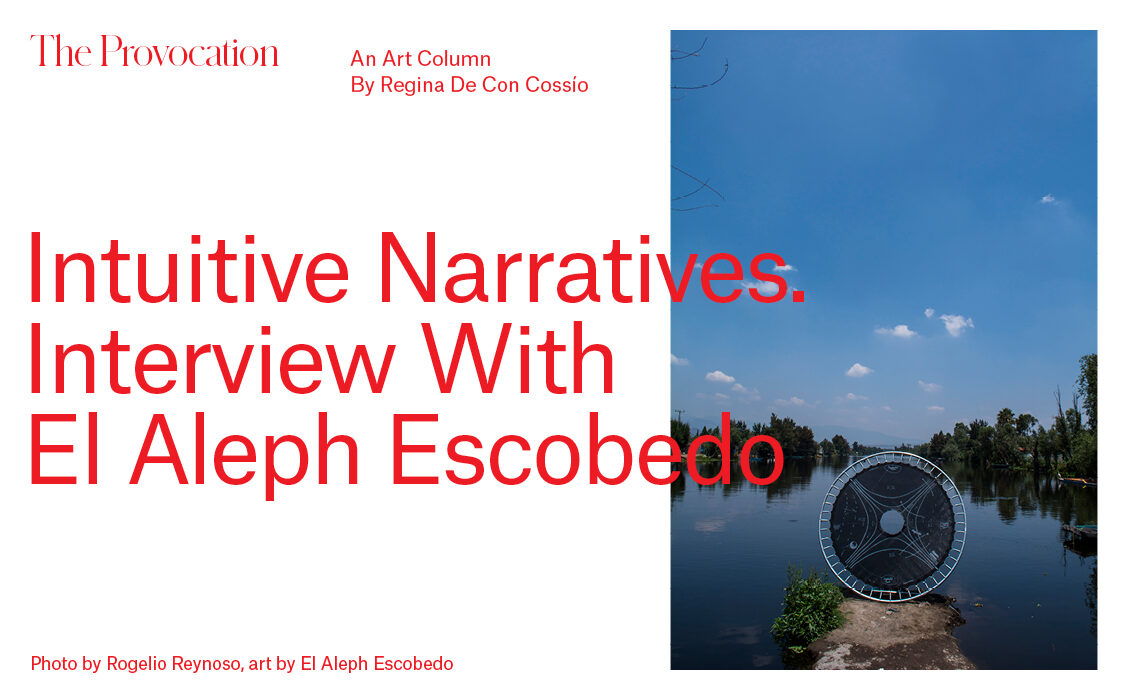 Aleph Escobedo (Tepic, Mexico, 1988) work is focused on the human relationship with nature and with that considered as the reality. He usually mixes scientific, literary and personal experiences to build speculative narratives through drawing, paintings, sculptures and installations.

As one of his main interests is tense our perception of reality, Escobedo is kind of a contemporary flaneur who explores and observes reality while doing dérives in both natural and urban spaces. In times where social lockdown is the rule, he has turn their walkings into a deeply analysis about the conceptual and practical possibilities of the materials he works with.

A​s part of Sybaris’s curatorial projects, we visited a lagoon on the outskirts of Mexico City to explore with Aleph the power of intuition and setting up one of his installations in a natural space.  Following his inst​inct, we were seeking to add a natural element to the hole there is in his piece Ya dijimos no. He came with the idea that it should be something transparent, glass or water, and that is how we began searching for a river or a lagoon.

Here is part of the adventure and the conversation I had with him.

RDC: In a time of so much uncertainty due to the different crises we are experiencing (health, economic, social, etc.), what is the role of art in these discussions? Do you have something to propose to get closer to what we call reality? The question comes because you mention that in your work you use tools that put reality in tension.

AE: I believe that in any crisis art can function as a prism through which we can observe reality in another way, as an image, with a more objective vision, or with other nuances. We can see things in more detail or perspective, as if art were a lens. I am not sure that the problem will be solved, but it can help to separate our consciousness from the present, to direct our gaze and attention towards something that we had overlooked, which could become a new route towards the exit of that crisis . 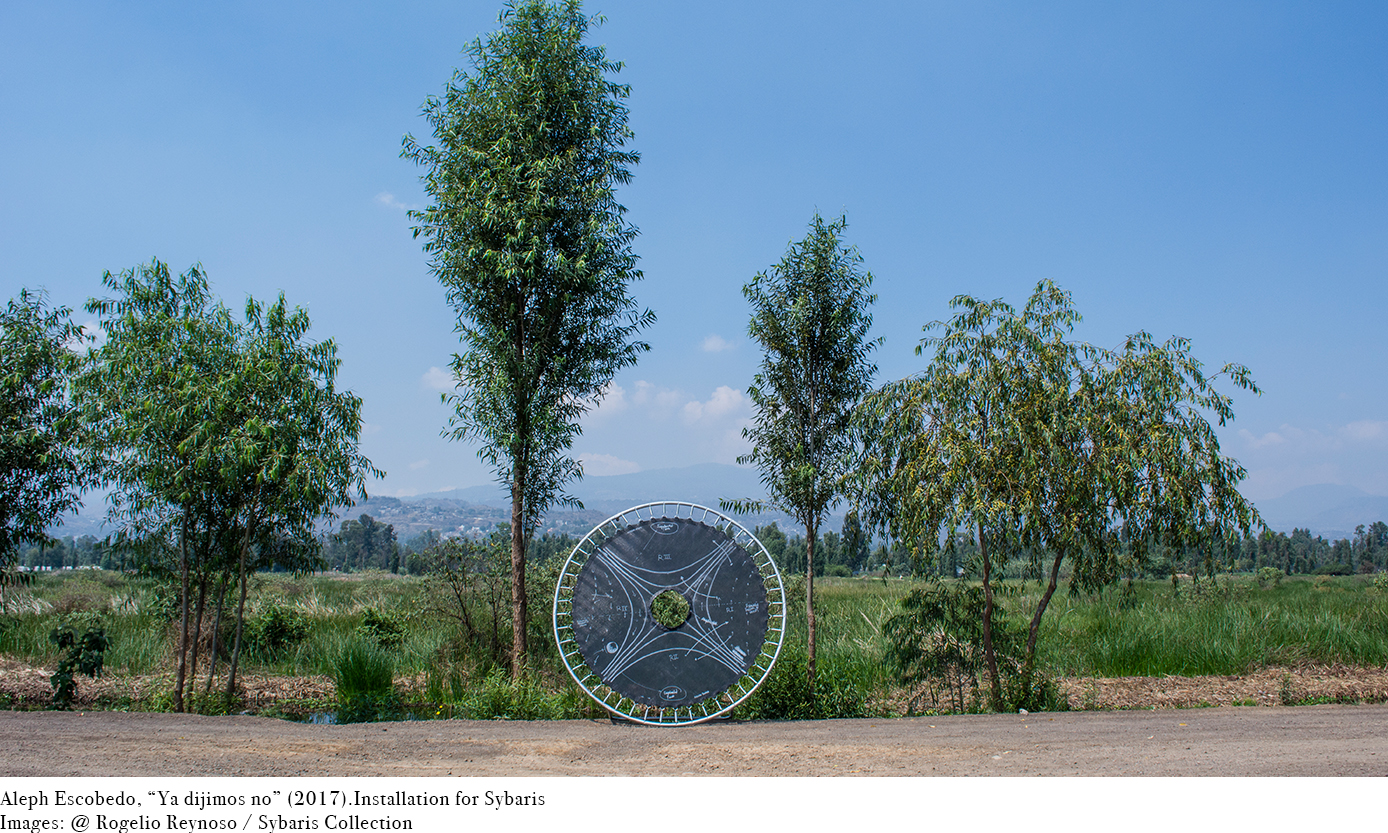 RDC: How has your perception changed from the last 12 months in which we have suffered a series of technological changes, communication and the way we understand social networks? Have your artistic practices been modified? Are the processes the same?

AE: In the last year I have been working inside the studio, before I spent much more time in the derived part of the trip, the walk and the exploration in outdoor spaces. My practice has turned towards the formal reflection of the materials that I use. I try to keep the autobiographical element in the work, however there comes a time when the production in the same works takes me to places that escape my will, they are more intuitive in the sense that I do not have a preconceived image of what the final work, but each day they evolve by themselves. By spending more time in the studio, I have been able to review ideas and works that I had on hiatus, waiting between papers. Now, by taking them up again, they take on a new meaning by merging with the ideas I am playing with in the present. 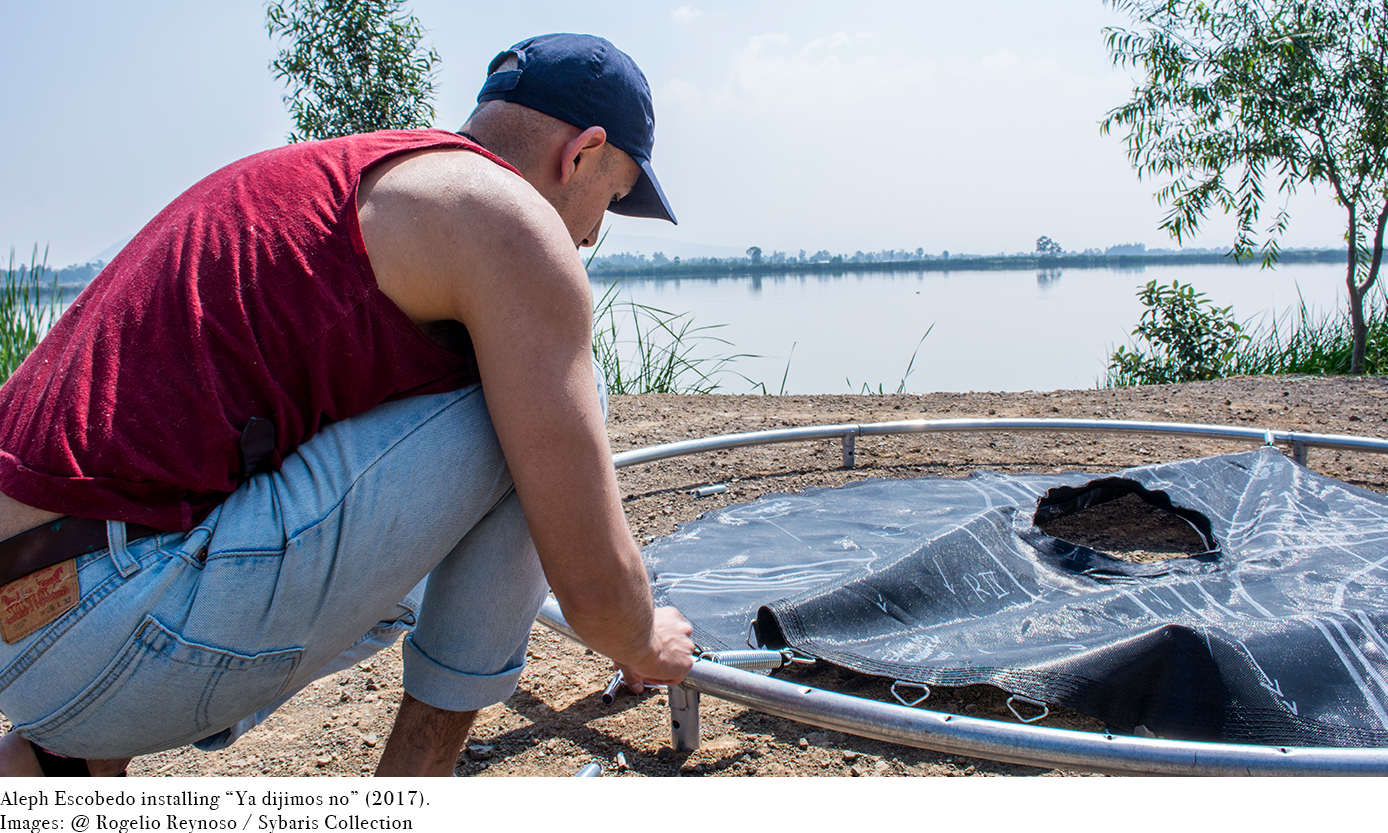 RDC: Do you notice any difference in the performative capacities of art in current times?

AE: I see the performative part of the work in its socialization. I am struck by the ways in which artists now show or present a work, either through the internet or in a physical space. I think that’s where the performative is to be found. Today, with so many digital tools and communication channels available, works are susceptible to new mutations. A sculpture can be an object that the artist uses in a video, through which it relates an event, which ends up becoming a prophecy or an Instagram story. And what is the work, the sculpture, the video on Instagram or the whole process?

RDC: The concept of narrative is associated with literature, cinema, comics … It is a concept in which a story is told through a sequence of images or words. However, in your piece there also seems to be a story behind that unfolds in a circular or spiral way, how is it that a circular piece of art can be turned into a narrative platform? Is there a beginning, an end, a middle point? How do you approach this concept when making the artwork?

AE: For me, a circular work is one that allows a possibility, that does not take something for granted but rather asks or even doubts what it is saying. I have always been interested in those elements that promote this kind of transition, such as the arrow or the hole. The arrow can be seen as an isolated object, and even then, even if they are not present, it always suggests a source and a destination. The hole or hole works in a similar way to the arrow, it is a space of transition and possibility, it is a threshold that separates the exterior and the interior, therefore it contains 2 moments in itself, with which a space-temporal narrative is generated.