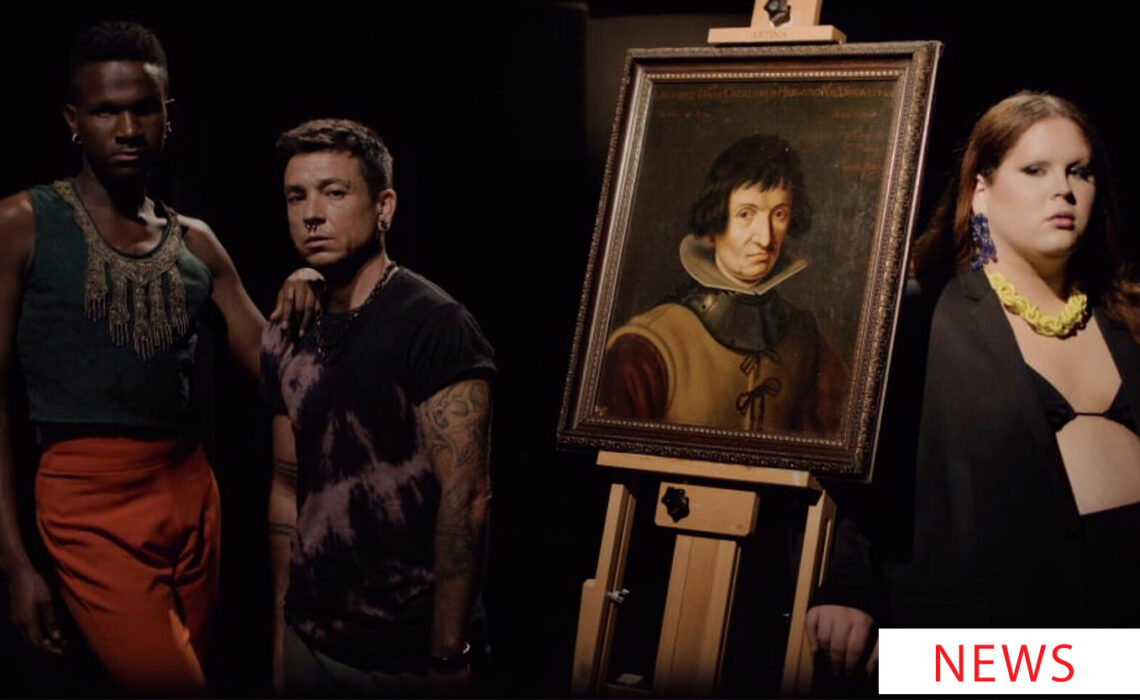 Since 1992, art collective Cabello / Carceller has been working trough different media -installation, performance, videoart, writing and drawing- with the main objective of questioning and challenging the hegemonic means of representations in visual culture. In its most recent project, they approach to gender roles through an historical painting.

Catalina de Erauso (Spain, ca. 1585 / 1592) is popular popularly known as the “Liutenant Nun”, a woman devoted to the religious life because of the rules of her time. However, his lifestory has transcended in history because of her will to challenge the conventions impose to women of being either wifes or feminine persons. Becoming nun in those times were the only option to avoid being controlled by the impositions of a husband.

Erauso, who was born in Donostia in 1592 and was assigned female sex and given the name Catalina, is often better known as “the Lieutenant Nun”. This is partly due to her autobiography, in which she narrates the adventures of a young girl who escaped from a convent “dressed as a man” and later travelled as a soldier and merchant (under the names of Francisco de Loyola, Juan Arriola, Alonso Díaz Ramírez de Guzmán… and Antonio Erauso, among others) to the lands colonised by the Spanish empire from Chile to Mexico.

For this artistic project, Cabello/Carceller have created a new “portrait” of Erauso, who is called into question by a gallery of new trans figures. The exhibition, on view in Azkuna Zentro, is thus constructed as an analogue-digital portrait gallery where Erauso (both the historical portraits of 1625 and the new portrait by Cabello/ Carceller) meet other representations of artist’s previous work, including “Autorretrato como fuente”, (2001); “Archivo: Drag Modelos” (2007- underway); “Movimientos para una manifestación en solitario” (2021); or “Lost in Transition_un poema performativo” (2016). 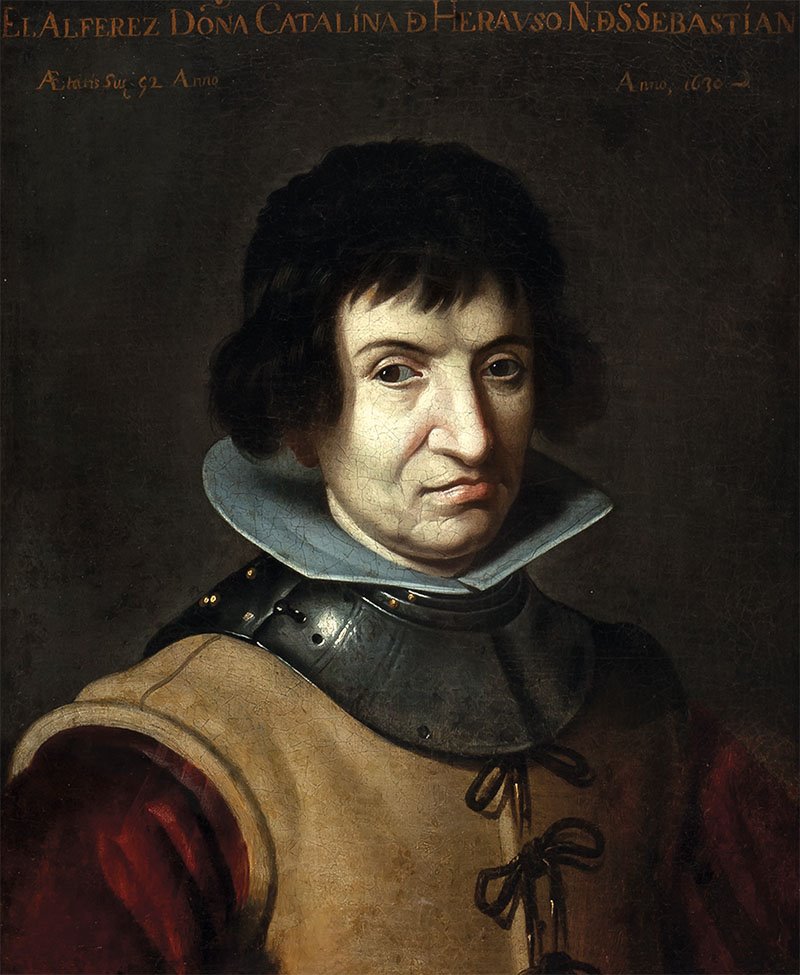 As Paul B. Preciado, curator of the exhibition, notes “the portrait of Erauso as a man could be considered one of the first “trans” portraits in the history of Baroque art” although that notion is anachronistic since it did not exist until the XIX century. But, he adds, “Erauso is, like her portrait, a figure of shadows.”

Cabello/ Carceller. From a conceptual, politically engaged approach, they use strategies as appropriation or performance and fiction to question the modernist narratives that avoid minority politics while recurrently quoting them. Searching to unveil these contradictions, they invite mainly amateur but sometimes also professional collaborators who are to be confronted with unfamiliar, queer situations or texts. Isolated and out of context, these protagonists experience an imbalance created among them, the narration, and the narrative structures on which they rely, frequently contributing to activate or expand their established meaning. As a collaborative work, these projects underline the importance of building or rewriting collective poetics from divergent positions, recalling the need to study intersticial and alternative experiences, revising sexual and gender politics, also when applied to space and architectural design, and questioning the prevalent narratives of conventional cinematic fiction through which neoliberal politics and their modes of social relation have been promoted.

ARTbook
5 Books to Understand The Importance of Materiality in Art
The Provocation Column
The Materiality of Art
Art Advisory, Art History
From Da Vinci to NFTs: A Long History of Love and Sharing Between Art and Technology