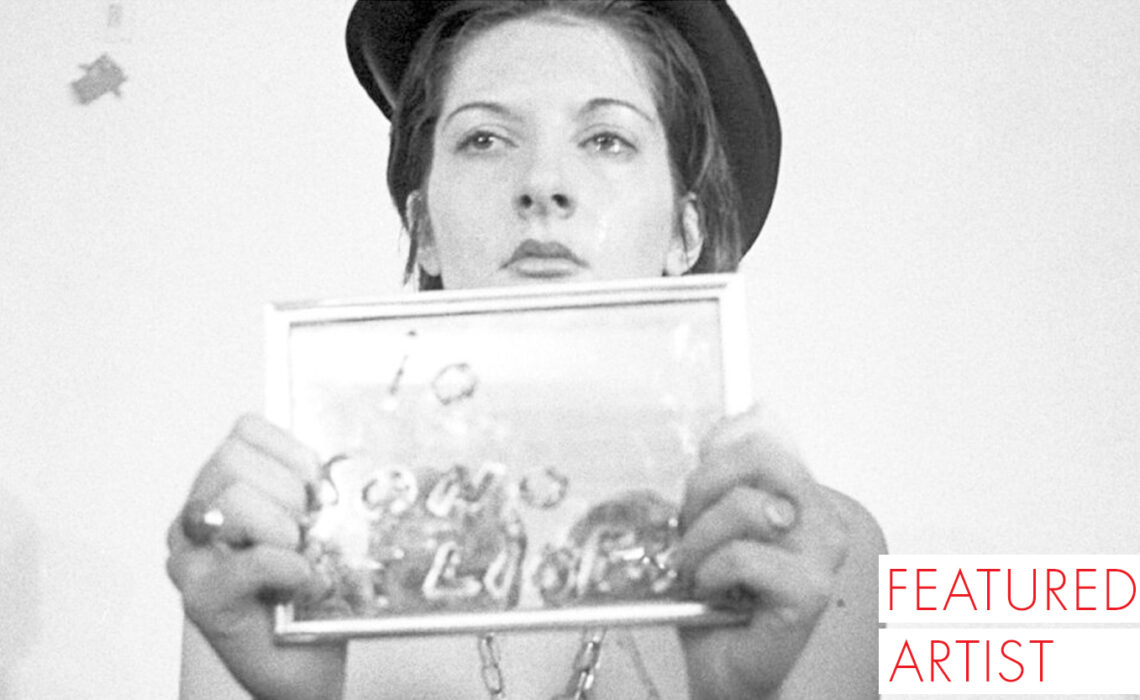 Marina Abramović is one of the benchmarks of performance. During the early 1970s, she made some of the riskiest pieces of art, where she exposed her body to the limit. Today she is one of the best-known artists. After presenting some of the most innovative and critical works with society, in recent years she has made collaborations with the world of fashion (Gucci) and the entertainment (Lady Gaga) that has left her not a few detractors. Be that as it may, we present here a selection of her most representative works.

In the 1970s, contemporary art saw some of its highest points taking the body and violence to the limit. From this period we can mention the controversial pieces Cut Piece (1965), by Yoko Ono, where the artist allowed the public to go up on stage and cut pieces of her garment until she was half naked or Shoot (1974), by Chris Burden, where the artist is shot in the arm. In Rhythm 0 Abramović places a series of objects on the table waiting for the spectators to take them and use them with her body. The performance shows in a disturbing way in which the public radicalizes their behavior until one of the assistants points a gun at her. The piece shows the fragility of the body and the weakness of concepts such as justice, legality and morality when the context allows it. It is one of the most interesting works of Abramović’s career. And one of the main reasons why the artist gained international recognition.

Abramović takes a knife and begins to play with it. As would any reckless person in a circus. Or a player who bets on his or her life: if I manage to dodge the knife I win. If I can’t, my fingers disappear. One of the hands points to the table and sticks the knife between the fingers of the other. And every time it does it more quickly. What’s the game about? What do we viewers gain from this image? Abramović managed to attract the eyes of critics and the public by showing the violence of society in an image that could well have come out of a horror movie.

In the 1970s Marina Abramović and Ulay formed one of the most productive couples in contemporary art. Her pieces reflect on the vulnerability of love and the complexity of personal relationships. Among the most prominent are Rest Energy, where both hold a bow with an arrow. If the two are balanced, the image they project is attractive. But if one of them stops exerting the force that it should exert, she will get hurt. Probably in a fatal way. In 1988 they performed The Great Wall Walk. Each of them started from one end of the Chinese wall to start a walk until they were halfway there. When they were finally face to face, they hugged each other and never saw each other again. Ulay appeared in one of the most media-driven performances of recent times when Abramović was at MoMA for two and a half months, six days a week, seven hours every day. Abramović sat in a chair and waited for someone else to take the one in front of her. For many critics, the gesture was about making viewers see themselves reflected in Abramović’s eyes. Some onlookers laughed. Others were stiff. Many could not see themselves and had to leave the room. One of the most interesting moments happened when Ulay sat down in the chair. Abramović shed a tear at the end of his stay.