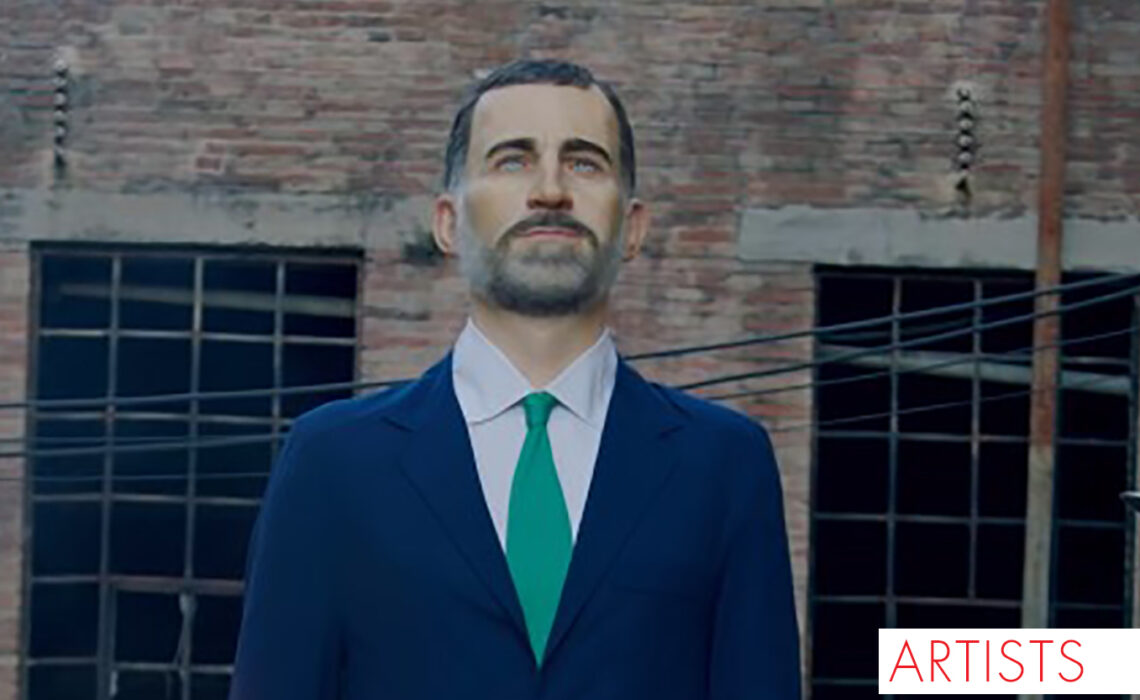 Santiago Sierra and Eugenio Merino: the burning of Ninot

In 2019, during the famous art fair ARCO Madrid, Spanish artists Santiago Sierra and Eugenio Merino introduced a monumental sculpture of Felipe VI, current king of Spain. The hyper-realistic work of more than four meters in heigh, was on sale for €200,000 under the promise of burning it in a lapse time of a year. But what kind of collector would buy an art piece which would be later dissapear?

Unfortunately, no-collector were interested in this transaction, even Merino and Sierra thought this kind of dyanmics would be also interesting for the art market. For both of them, the sculpture was also an historical monument specially made for the collector to enjoy the experience of burning not just a piece of art, but also an iconic character. “The work had been made with the intention of be burned with the same spirit with which the Fallas are burned in popular culture: getting rid of the old and the corrupt to make way for the new”, recalled Santiago Sierra’s study. 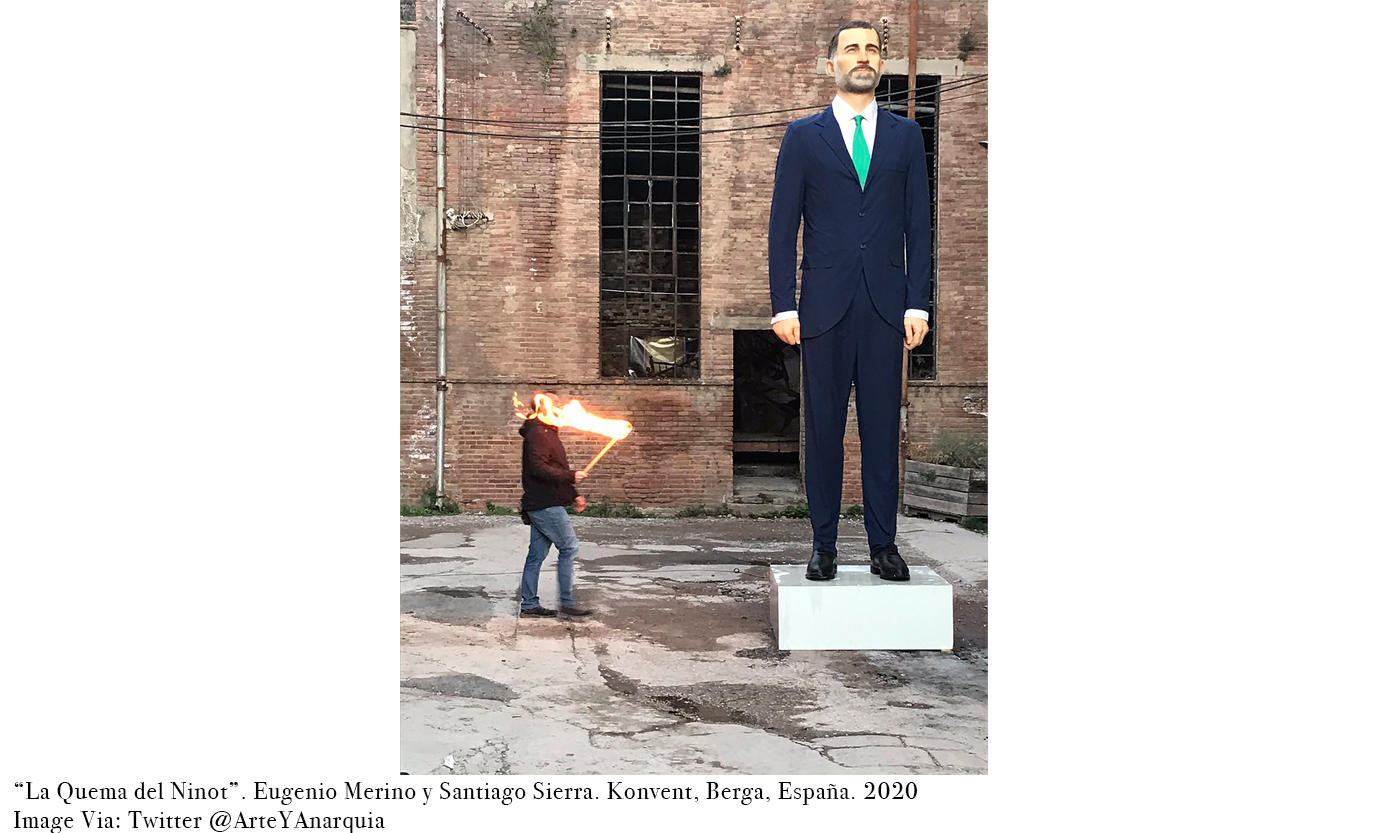 The interesting thing about this Ninot (the name given by the artists to the King’s doll) is that Sierra and Merino burned the sculpture in a public square in Barcelona on October 12, Columbus Day, currently know as the Hispanic Heritage Day. You can see the oficial video in the following link: https://youtu.be/x_DqazzQ_l4 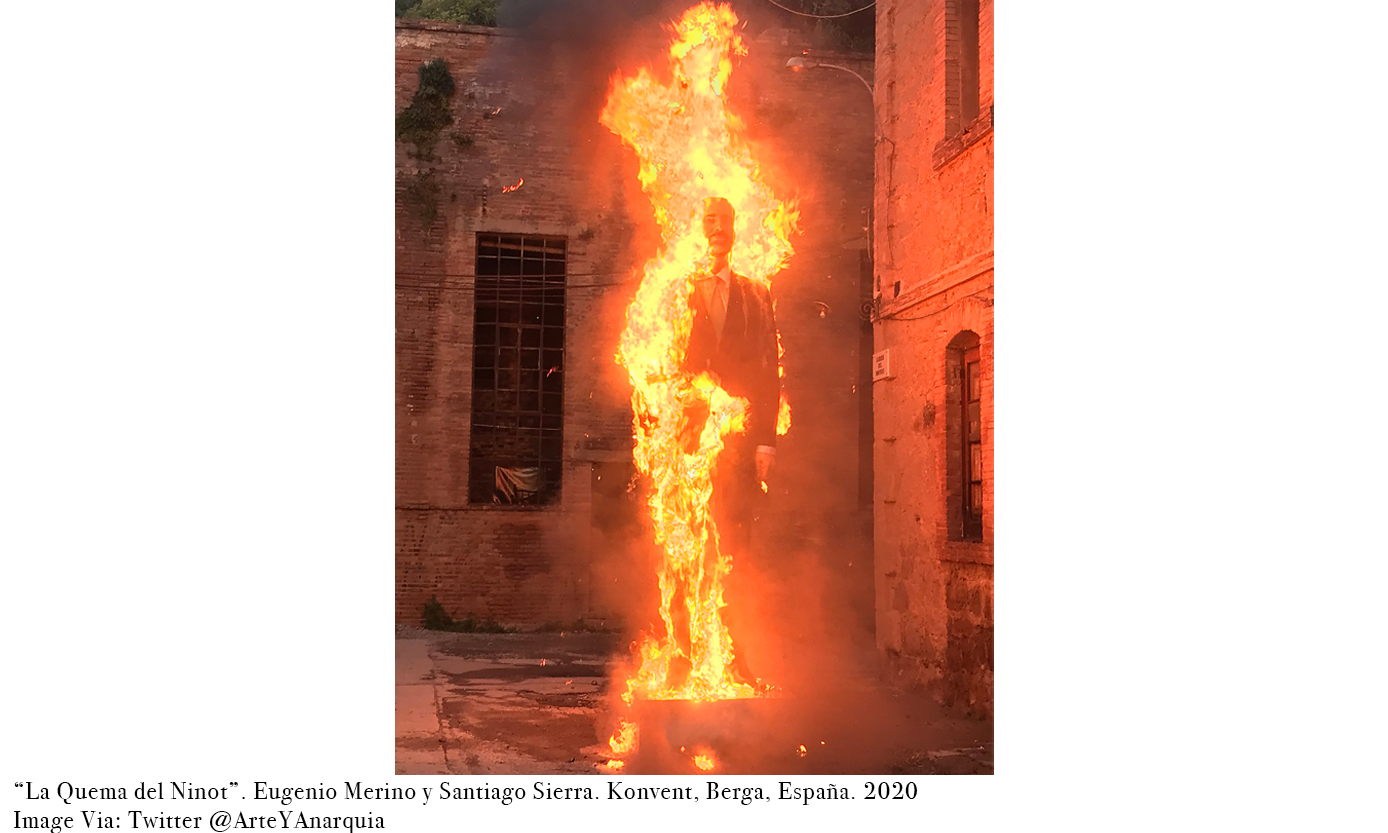 Why collector were not attracted for buying this perfectly-well-done sculpture? Isn’t this a kind of performance that could be also part of a collection? Isn’t the act of burning the work of art an aesthethic experiencie for itself, even more if its burned on October 12?