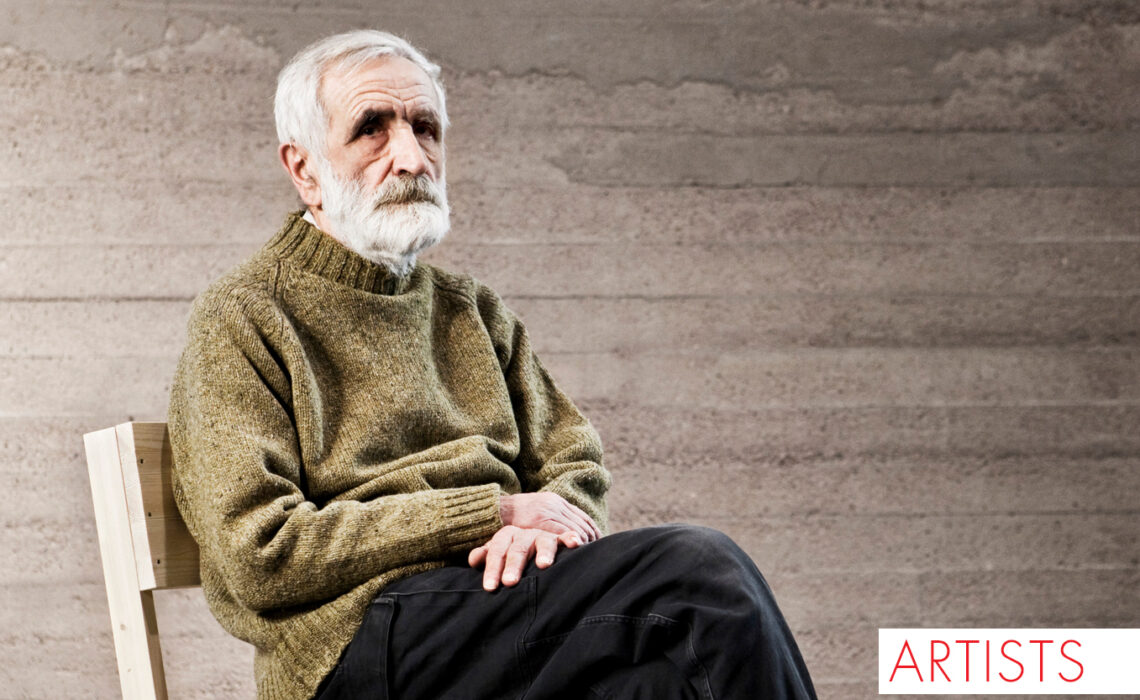 The Modern Leonard, as Hans-Ulrich Obrist named him, died today at 88 years in Milan. Enzo Mari (Novara, 1932-Milan, 2020) was an Italian designer and artist whose work has become iconic for the 20th century.

Mari is one of the most innovative industrial designers even in this times. His work was always based on the functionality and the social rol of the design, but he also had a visionary gaze when promoting artistic expression over the technique. Several of his designs and proposals serves to illustrate his mind and creative spirit, however we would like to focus on three not-very-common aspects of his career that mus be remembered for ever.

While designing different products—specially chairs—for brands including Artemide, Alessi, Danese, and Zanotta for over 60 year, one of his major achievements was to blur the boundaries between art and design. Some of his pieces are actually truly conceptual works of art. His Perpetual Wall Calendars, for instance, are beautiful functional but deeply thoughtful objects about the passage of time. Unlike the traditional home calendars, this one takes time as a non-lineal phenomena, but as kind of an abstract spiral in which time is always an eternal return.

Manri was also a pioneer regarding the DIY techniques. In 1974 he started to promote the importance of the users in the constructive process through his Autoprogettazione manual, in which he inclued various instructions for making basic furniture with your own hands. Even most important, the manual was freely distributed and become the Bible for many designers.

Last but not least, Mari also thought the design as a way to seen and create the world. He was well known for his work in product an design, but he also was involved with graphic design. As Stefano Boeri wrote on the catalogue of the recent exhibition Enzo Mari curated by Hans Ulrich Obrist, “The profoundness of his work along with his deep exploration of the substance of the world act as a counterpoint to his irony and scorn for the superficial mediocrity that he discerns in the fields of design and criticism”. 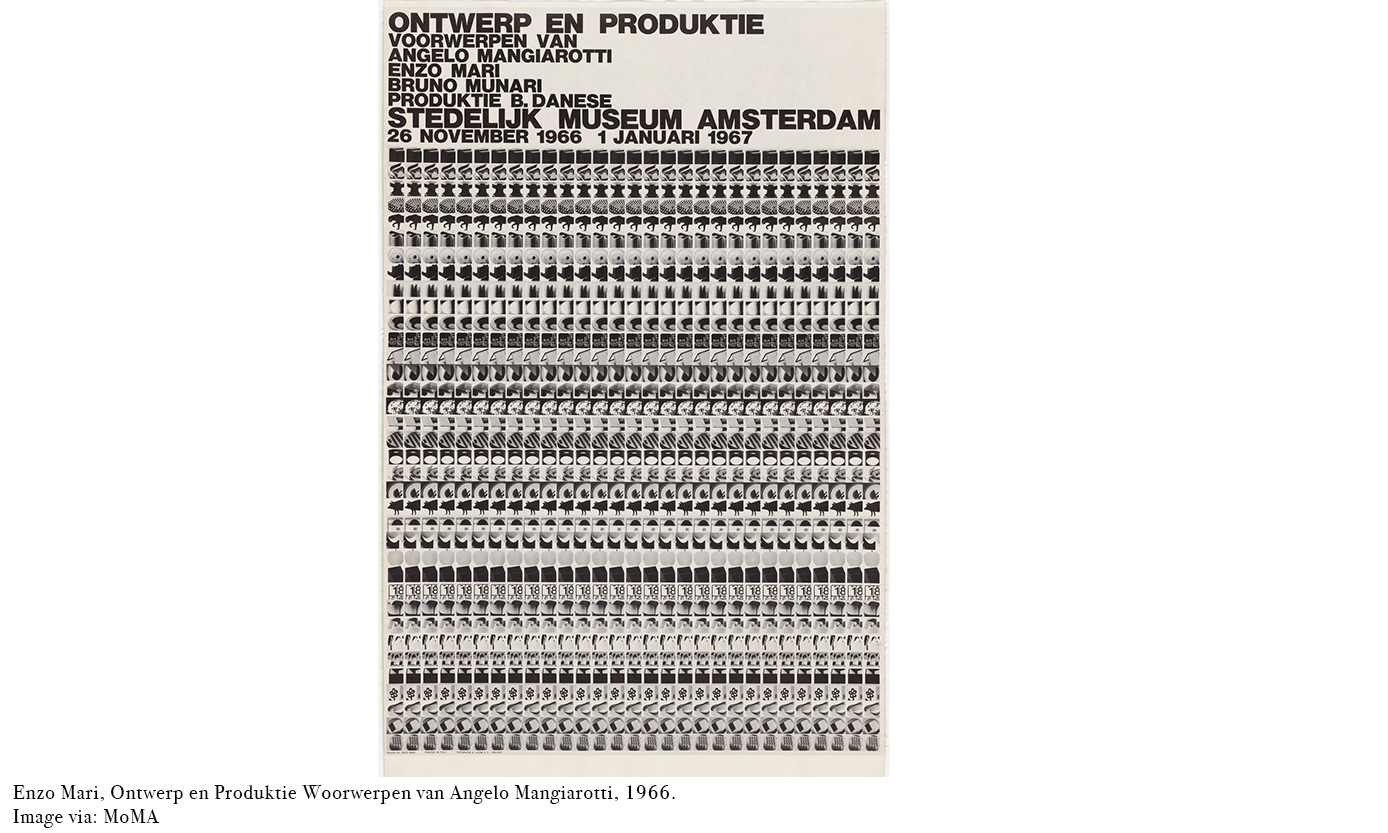