On November 6, the largest art storage facility opened its door to the public. It is a storage space for the collection of the Boijmans Van Beuningen Museum, which has works by great artists such as El Bosco, Van Gogh, Kandisnky, Mark Rothko, Yayoi Kusama, Titorento, among others.

The world’s first publicly accessible art storage facility, designed by the architectural firm MVRDV, is nearing completion next to Museum Boijmans Van Beuningen in Rotterdam’s Museumpark. It is the first building in the world that makes a museum’s entire collection public while also providing behind-the-scenes glimpses of how a museum works. In addition, it provides space to store private and corporate collections. The Depot is a gesamtkunstwerk and a new design icon for Rotterdam. 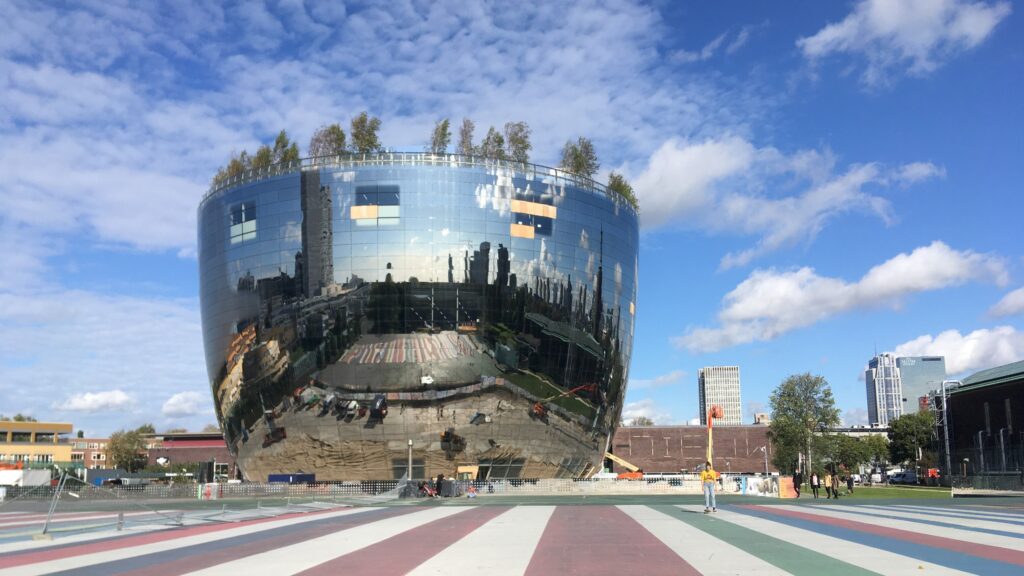 Depot Boijmans Van Beuningen displays the museum’s entire art collection and offers visitors a behind-the-scenes view of how a museum works. In the Depot, fourteen compartments are fitted with shelves, racks and cabinets for all different kinds of artworks. There are compartments for paintings, metal objects, organic and non-organic materials, and black-and-white and colour photography. The depot compartments have climate control; the temperature and humidity are kept stable. From the circulation route, the stairs and the lift you can see the artworks from a variety of angles. Accompanied by a guide, you can also enter a storage compartment.

Museum Boijmans Van Beuningen’s collection is world famous. It has been growing for more than 172 years and currently comprises more than 151,000 objects, of which 88,000 are prints and drawings. Only eight percent of the collection could be displayed in the museum building. The majority of the works were stored in facilities that were not accessible to the public. In Depot Boijmans Van Beuningen you can see the entire collection, arranged not by period or art movement but based on the objects’ climate requirements. 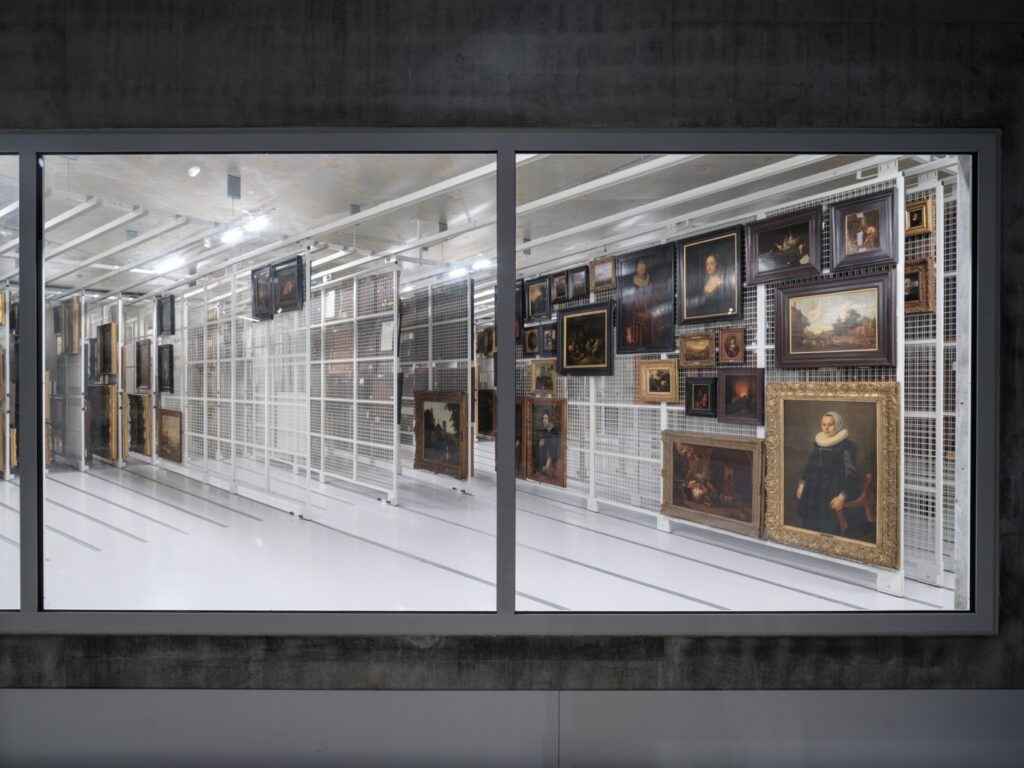 The Depot was built by assignment of the municipality of Rotterdam. At 39.5 meters, the building, designed by architect Winy Maas, co-founder of the Rotterdam-based architecture practice MVRDV, is as high as the tower of the neighbouring Museum Boijmans Van Beuningen. It has an unusual circular form and a striking mirrored façade. The façade contains 6609 square meters of glass, divided into 1664 mirrored panels. As a result, the building reflects its green surroundings and almost disappears. The park in which it stands is echoed in the roof garden with a total of seventy-five birch trees ans some twenty pine trees. In aerial views of the Depot, the greenery of the roof garden blends with the trees in the park

The Depot’s mirrored facade that reflects the surrounding city creates a spectacular exterior, but the interior is just as impressive. Boijmans has teamed up with artists John Körmeling and Marieke van Diemen to design various aspects of the Depot’s interior. Visual artist Pipilotti Rist made a enchanting artwork for the exterior of the building. 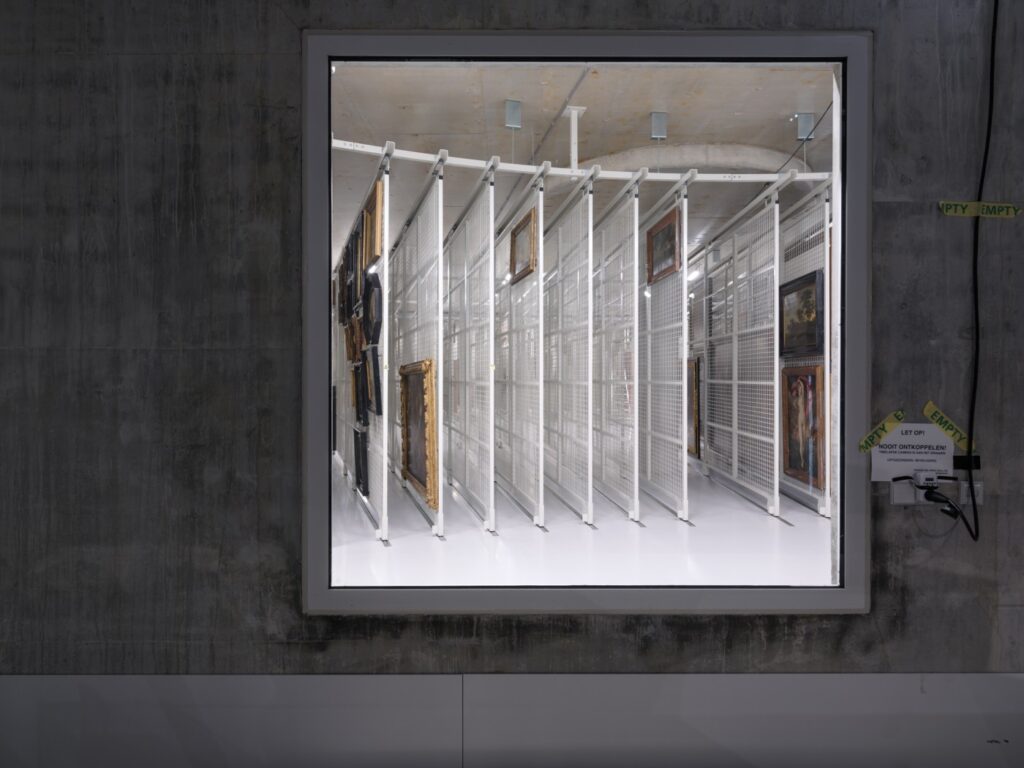 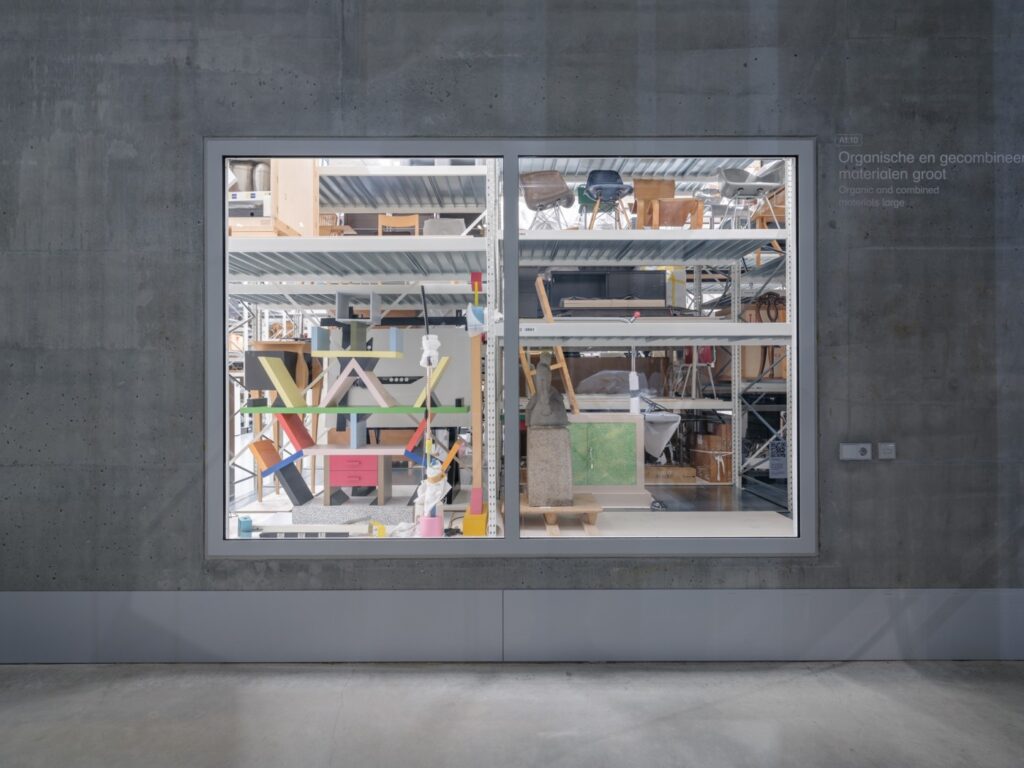 Editorial Selection
Why to Collect Art? 5 Books To Delve Into The Importance Of Collecting.
News
The Macklowe Collection: The Most Valuable Art Collection Ever Sold
Art History
5 Art Collections in Mexico: A Very Short History