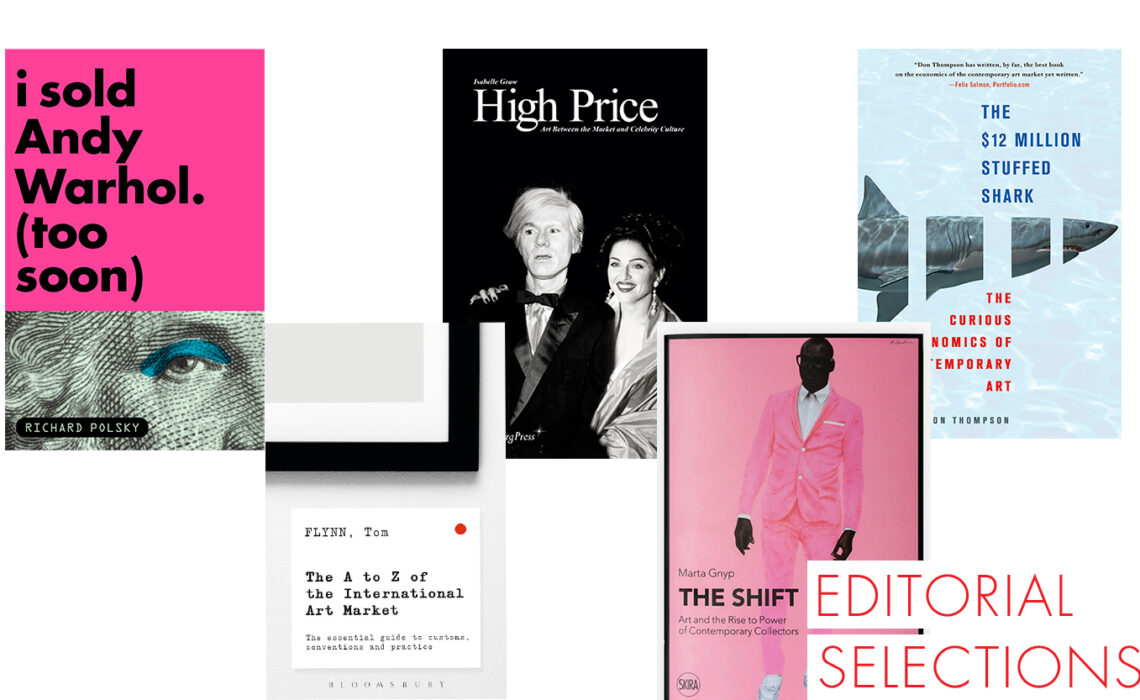 Collecting art is more than a hobby. It is a practice that can have economic, social, historical and even political implications. How to recognize the importance of collecting one or another piece? What does it mean to collect art professionally? What aspects should I take into account?

The following list of books addresses, from a critical and reflective point of view, the different aspects that one must know when being a professional collector.

1. The A-Z of The International Art Market by Tom Flynn

It is estimated that there are over 300,000 companies involved in the world’s art market, employing around 2.8 million people. But the art world carries a veneer of mystery and secrecy that many people find daunting, and the language used by market insiders can be alienating and confusing to those new to the art market.

The A-Z of the International Art Market not only clarifies useful terms and definitions, but also represents a significant contribution to the fast-developing processes of transparency and democratisation in the global art business. Comprising art market terms and core concepts – both historical and contemporary – this book is a long-awaited reference source that offers a unique introduction to a dynamic business sector. Thus, the book provides an accessible and thorough insight into critical areas of market practice and custom that anyone involved in the art market will find useful and enlightening. 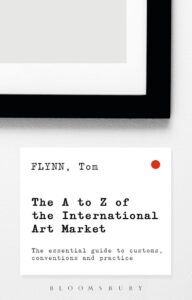 2. High Price: Art Between The Market and Celebrity Culture by Isabelle Graw

Today, the art world is not dominated by a small group of insiders. According to Graw, the art economy has been transformed from a retail business into an industry that produces visuality and meaning. This book questions the assumption of a dichotomy between art and the market, as well as the notion that market value is equal to artistic value. While examining the intrinsic connection between artistic production and its market conditions, Graw also insists that art is a commodity unlike any other. High Price claims that art and the market have to escape each other precisely because they are so deeply entangled.

This book provides numerous examples to support the first claim of a massive growth in the defining role of the market and its players during the art boom, who also increasingly have a say in establishing artistic value. There is indeed much to suggest that in recent years, whether or not an artwork was considered relevant in artistic terms depended to a greater extent on its market value. But this market value still depends on a “symbolic value” for its ultimate legitimacy. Without symbolic value, no market value—this is the book’s second claim. For if it is true that society has been changing since the 1970s from industrial capitalism into what Antonio Negri has called “cognitive capitalism,” then under such conditions, increased importance would once more be accorded to the symbolic meaning of an artwork. The art world is by definition a knowledge society, even if the spell of commercial success has long held sway over it. 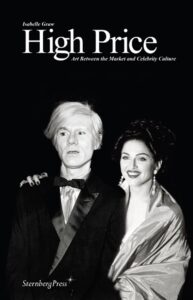 3. I Sold Andy Warhol (To Soon) by Richard Polsky

In early 2005, Richard Polsky decided to put his much-loved, hard-won Warhol Fright Wig, up for auction at Christie’s. The market for contemporary art was robust and he was hoping to turn a profit. His instinct seemed to be on target: his picture sold for $375,000. But if only Polsky had waited . . . Over the next two years, prices soared to unimaginable heights with multimillion-dollar deals that became the norm and not the exception. Buyers and sellers were baffled, art dealers were bypassed for auction houses, and benchmark prices proved that trees really do grow to the sky. Had the market lost all reason?

In I Sold Andy Warhol (Too Soon), Polsky leads the way through this explosive, short-lived period when the “art world” became the “art market.” He delves into the behind-the-scenes politics of auctions, the shift in power away from galleries, and the search for affordable art in a rich man’s playing field. Unlike most in the art world, Polsky is not afraid to tell it like it is as he negotiates deals for clients in New York, London, and San Francisco and seeks out a replacement for his lost Fright Wig in a market that has galloped beyond his means. A compelling backdoor tell-all about the strange and fickle world of art collecting, I Sold Andy Warhol (Too Soon) takes an unvarnished look at how the industry shifted from art appreciation to monetary appreciation. 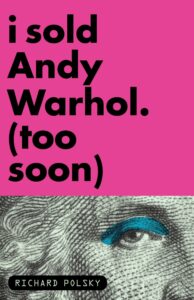 4. The $12 Million Stuffed Shark: The Curious Economics of Contemporary Art by Don Thompson

Why would a smart New York investment banker pay $12 million for the decaying, stuffed carcass of a shark? By what alchemy does Jackson Pollock’s drip painting No. 5, 1948 sell for $140 million?

Intriguing and entertaining, The $12 Million Stuffed Shark is a Freakonomics approach to the economics and psychology of the contemporary art world. Why were record prices achieved at auction for works by 131 contemporary artists in 2006 alone, with astonishing new heights reached in 2007? Don Thompson explores the money, lust, and self-aggrandizement of the art world in an attempt to determine what makes a particular work valuable while others are ignored.

This book is the first to look at the economics and the marketing strategies that enable the modern art market to generate such astronomical prices. Drawing on interviews with past and present executives of auction houses and art dealerships, artists, and the buyers who move the market, Thompson launches the reader on a journey of discovery through the peculiar world of modern art. Surprising, passionate, gossipy, revelatory, The $12 Million Stuffed Shark reveals a great deal that even experienced auction purchasers do not know. 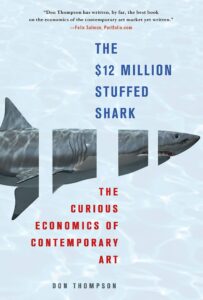 5. The Shift. Art and The Rise of Power of Contemporary Collectors by Marta Gnyp

The Shift takes the reader on a journey through the world of contemporary art. While analysing the motives and behaviour of internationally operating collectors, it explains the current popularity of contemporary art and discloses the unwritten rules, active networks, and persistent myths of the rapidly expanding territory of art collecting. Collectors engage with artists, galleries, museums, and auction houses in various ingenious ways while pursuing their passions and goals. The book examines the attraction of collecting at large, its multifaceted social life, and the financial opportunities it seems to offer. 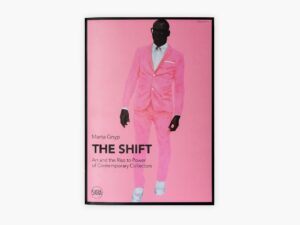