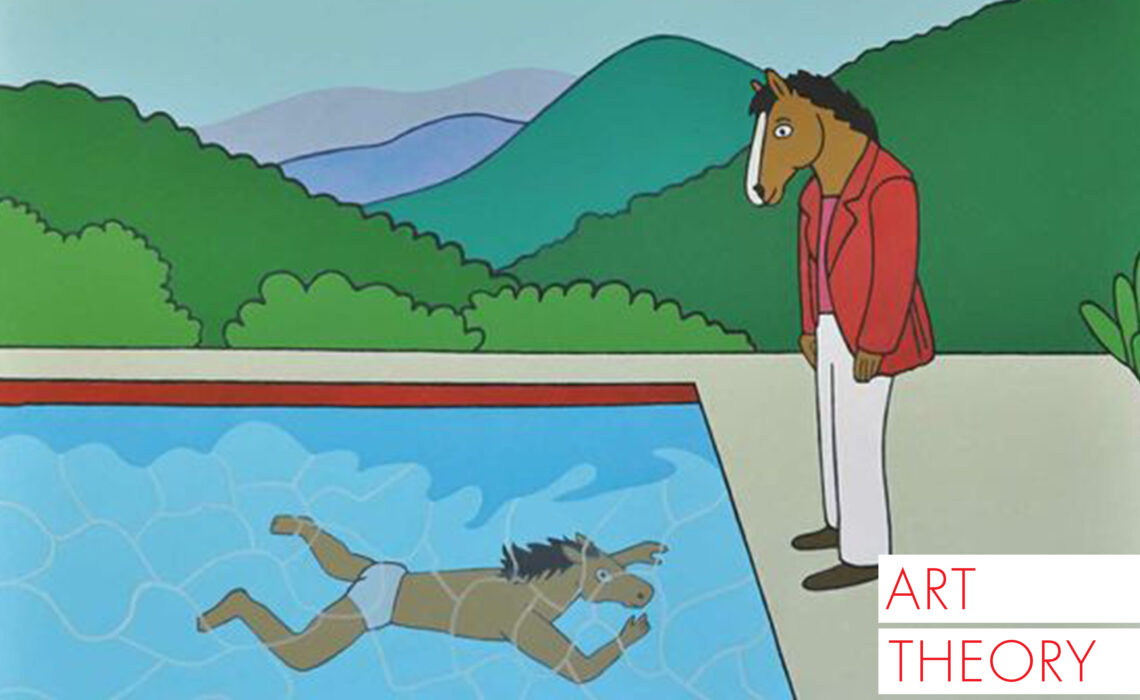 It is not uncommon to see that in movies and television series pieces of art appear in some scenes not only for decorative purposes but also with the possibility of expressing transcendental ideas about the art itself. The creators of the animated television series BoJack Horseman—which tells the life of a failed horse who rose to fame in the 1990—reinterpret works of art to make them dialogue with each other and also with the images that are part of the series. 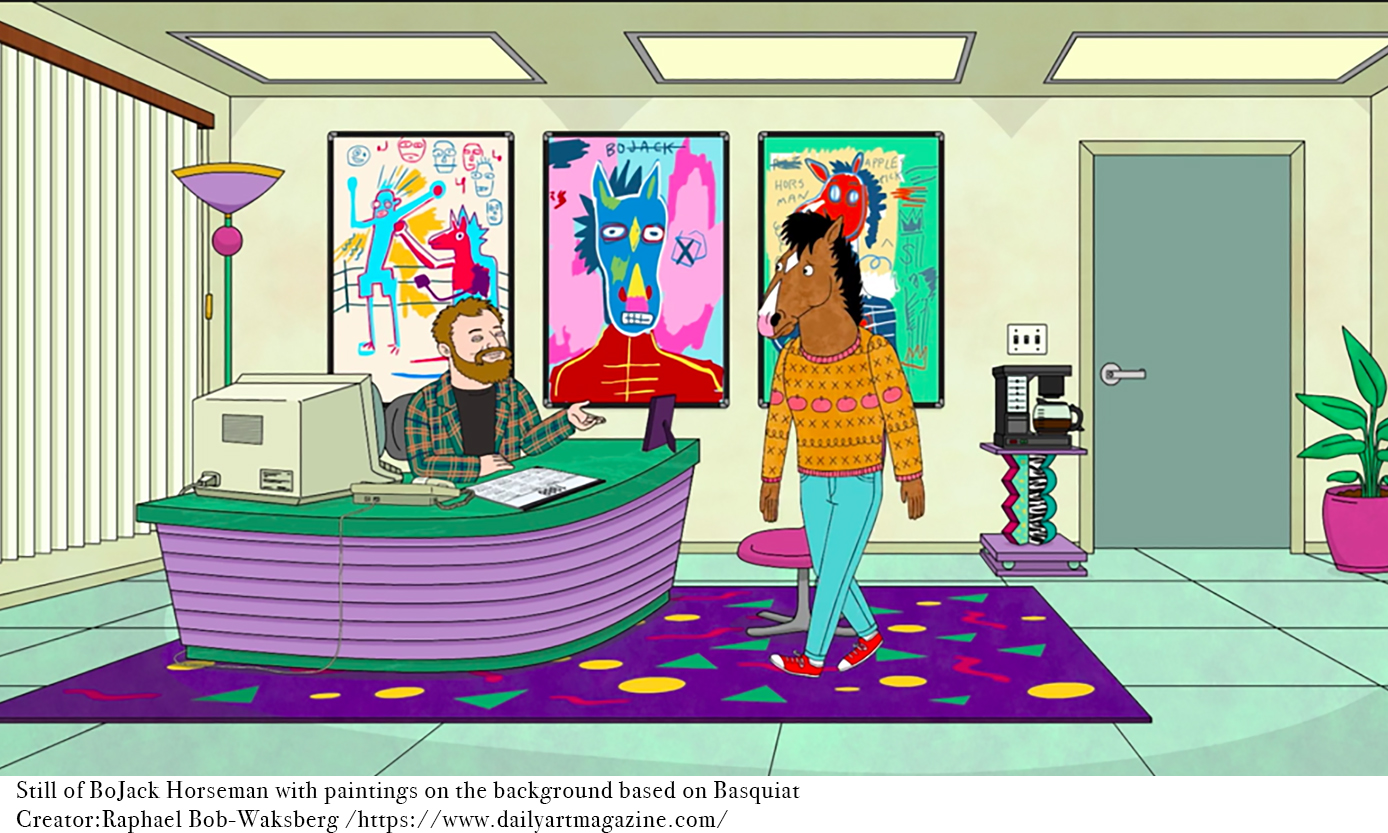 Works by Keith Haring, Basquiat, Gustav Klimt, Franz Marc, Andy Warhol and even Diego Rivera can be recognized. However, among all of them there is one that especially catches my attention. In Horseman’s apartment the protagonist owns a version of David Hockney’s Portrait of an Artist (Pool with Two Figures). The work – which in some recent periods has been classified as the most expensive work of art of the moment – shows an elegant man who stands at the edge of a swimming pool. Inside it, another man is submerged, approaching the one outside. The image can be interpreted as a way of projecting ideas such as the double identity of a human or the possibility that the same person belongs to two different environments; that is to say, that it has several personalities. In the context of the television series, in addition to the above, it says something about the protagonist: a man who achieved fame and media success now looks at his past to try to return to it. The question is: which of the two is he now: the one looking at the pool or the one submerged in the water? 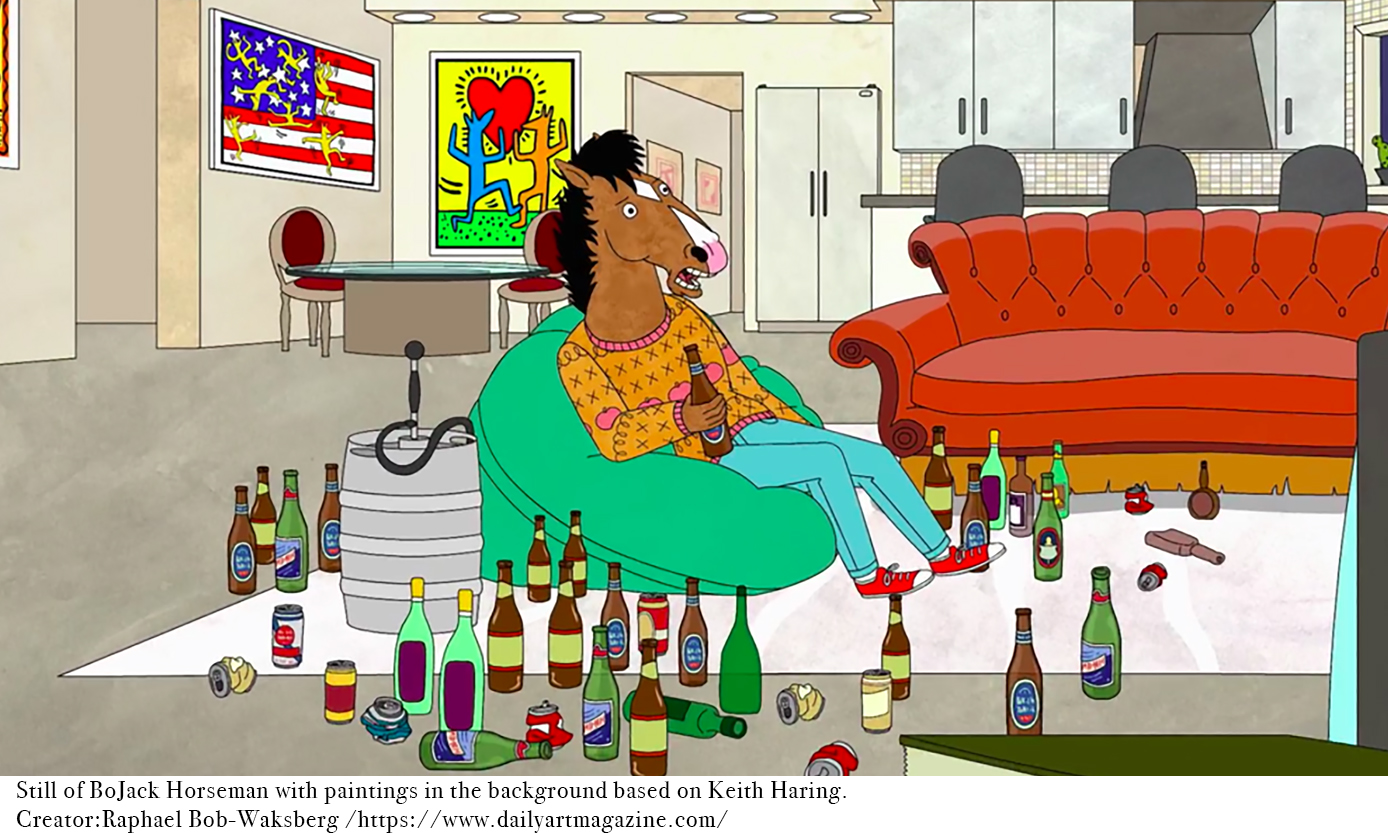 That the most emblematic works of art in history are part of the universe of popular television series makes us think that art is alive not only because it can be referred to. Art is not a quote to show a person’s culture or knowledge. On the contrary: the quote is a reference to start a dialogue. The most vivid art is not that found in the museum, but that which can be seen in the most everyday situations. BoJack Horseman is a great example that art is everywhere. 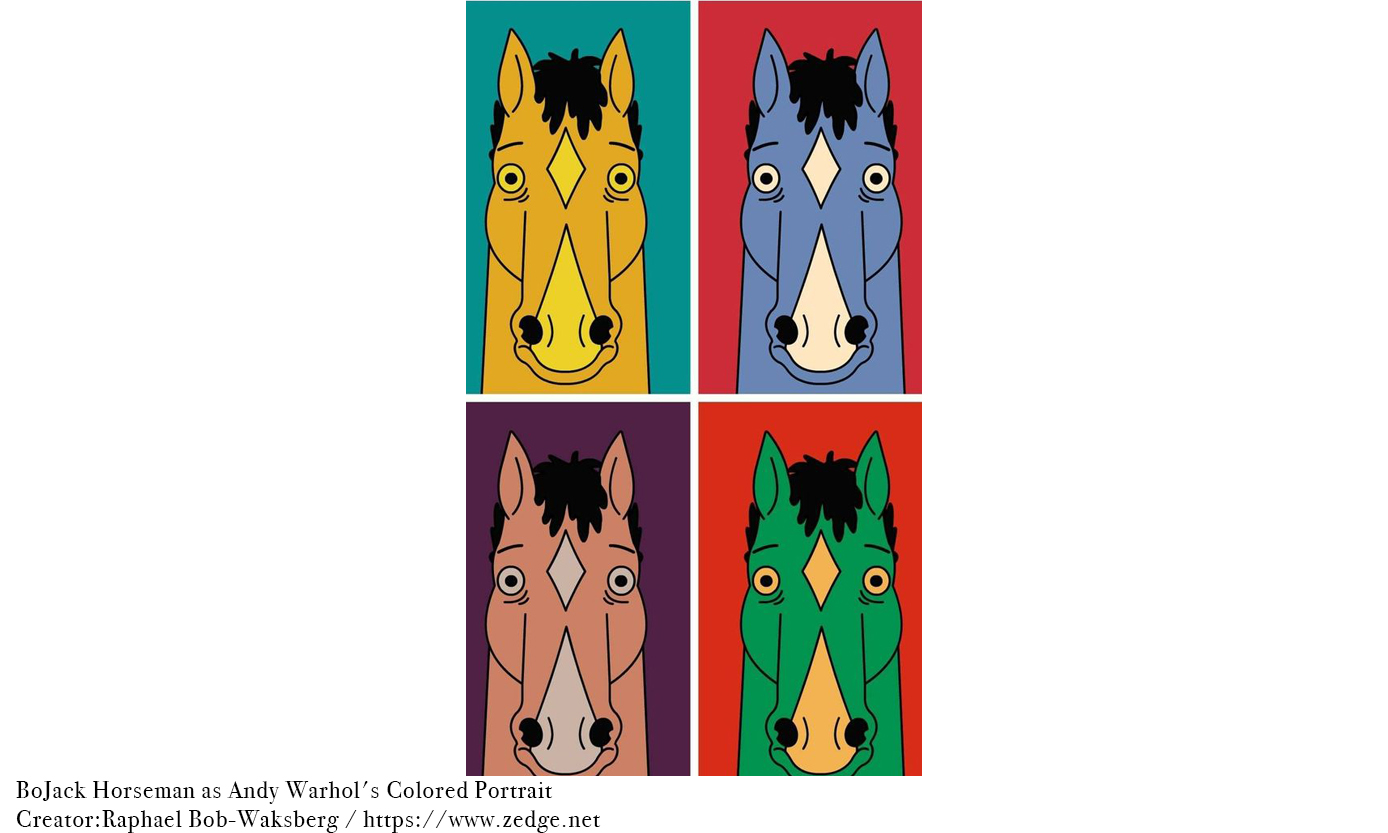