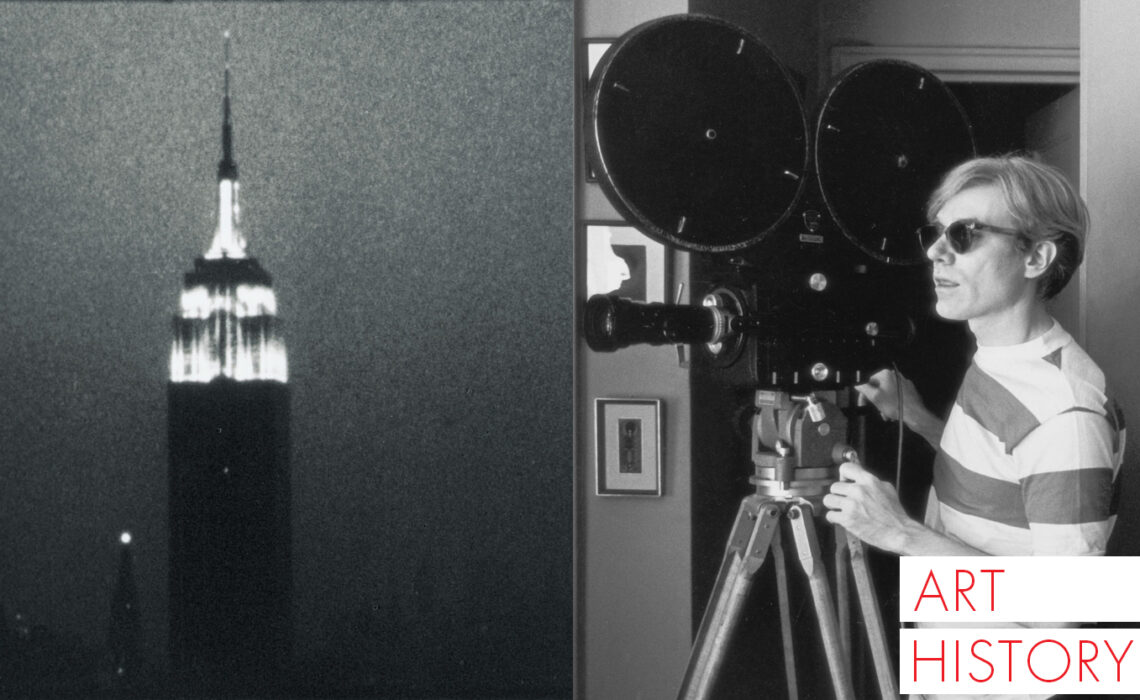 In 1964 the cinema was going through a revolution. The rules of the game had just been broken by Jean-Luc Godard and the New Wave of French cinema, who turned their backs on the film language of Hollywood to try a totally opposite path. But the United States was not only made up of filmmakers who persecuted American Dream. 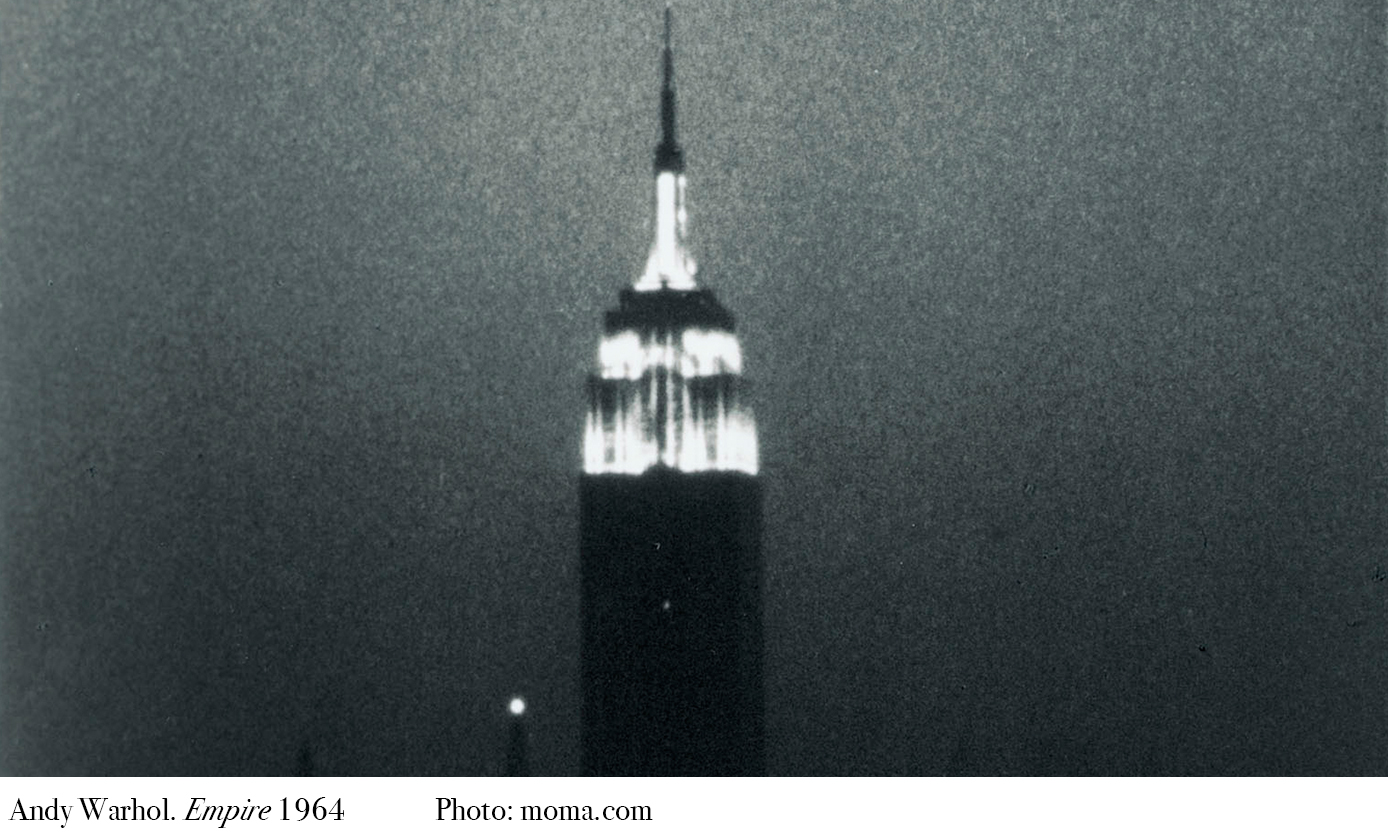 After Duchamp had traveled from Paris to New York, transferring artistic experimentation from the old continent to the city of the Empire State, a young Jonas Mekas prompted Andy Warhol to create one of the most enigmatic pieces of moving images. The first question is probably the most puzzling: when a viewer watch Empire, is he in front of a movie or a work of art?

For those unaware, Empire is an eight-hour film recording the Empire State Building image throughout the night in one shot. Within the film industry, this work was a great event. Are we facing a documentary? What does it mean that an image can be interpreted as cinema? Do you need a story to create a movie? Warhol’s work records an object or is it meant to trap time? 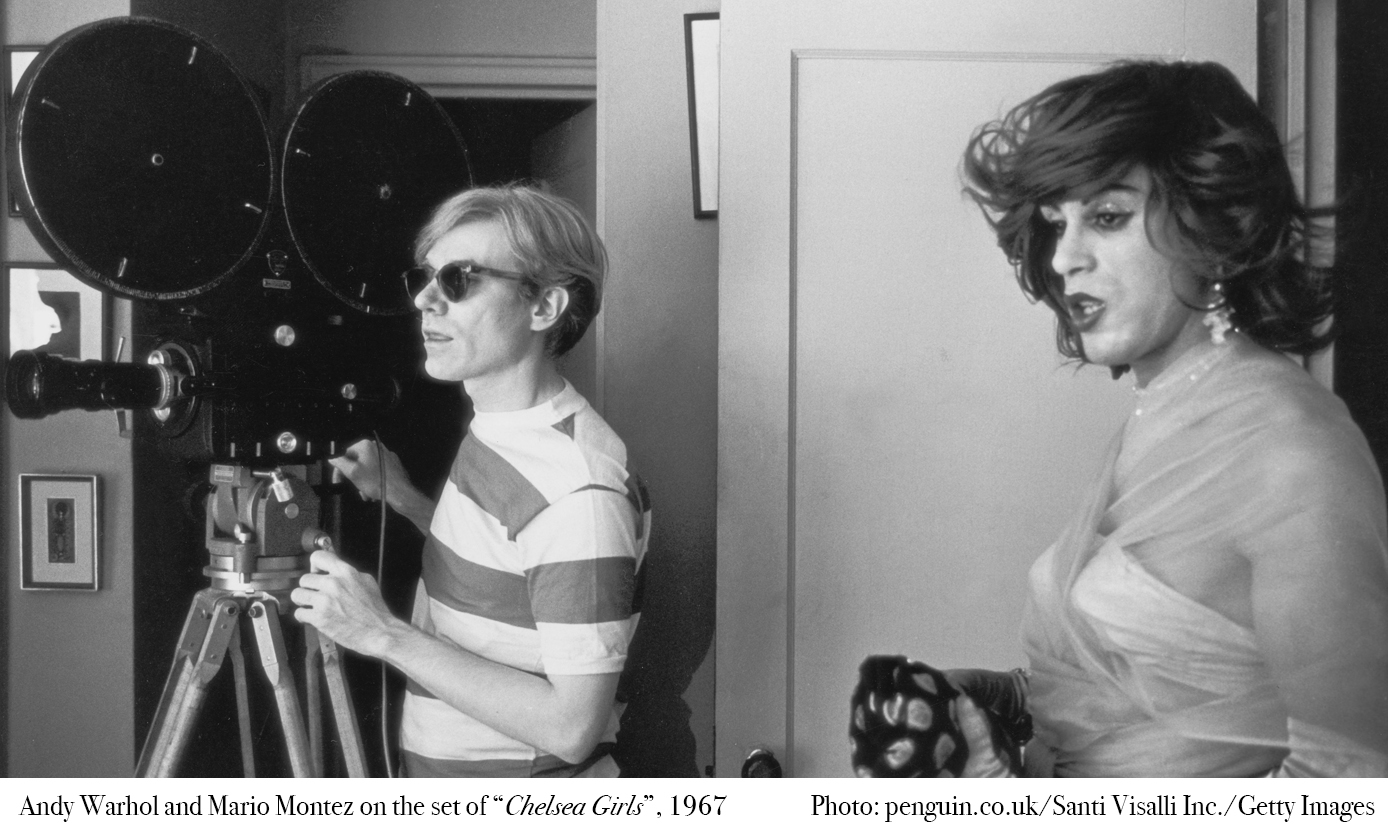 Between 1963 and 1977 Warhol made all kinds of films: experimental, documentary, essays. Some designated his cinema cinema-verité. His films explore themes such as sexuality and eroticism while critically reflecting on moving images. Like few others, Warhol understood that cinema and art could be the same discipline. Along with Jonas Mekas himself, Adolfas Mekas, Maya Deren and John Cassavetes, Warhol offered a counterpart to what the New Wave of French cinema was attempting. And with it, he managed to give a new twist to the language of moving images.