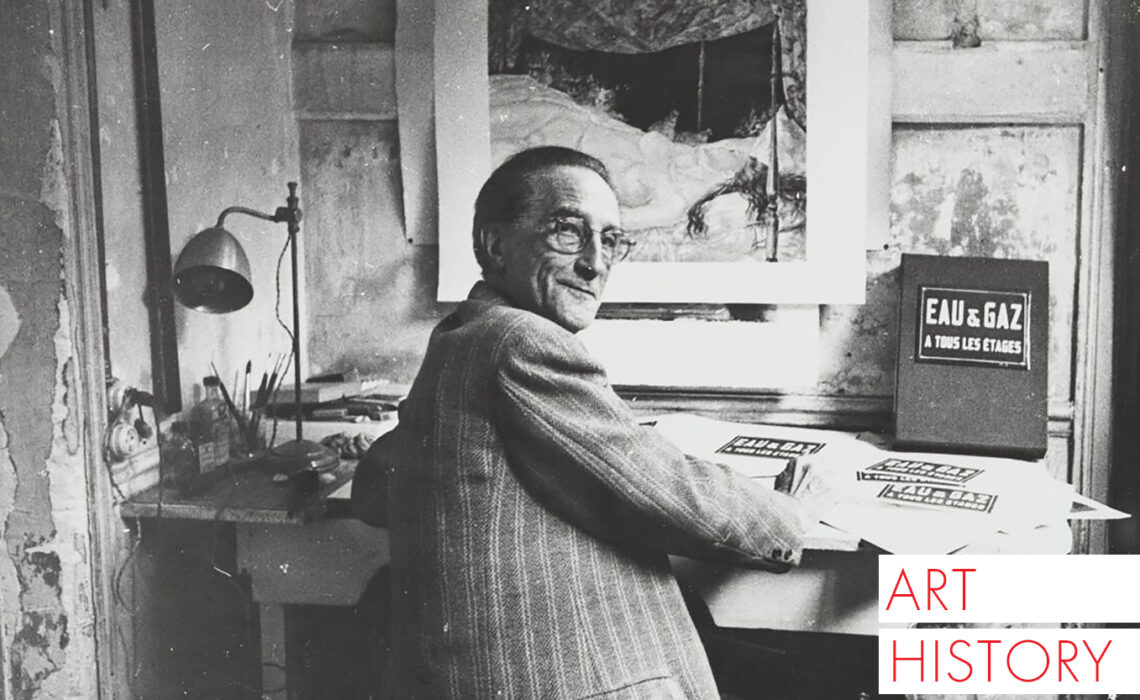 5 books to get closer Marcel Duchamp

Today, October 2, marks the 52nd anniversary of the disappearance of Marcel Duchamp. At Sybaris we want to remember the French genius by recovering 5 books of recent appearance that reveal information about the work or the life of Duchamp that had been little disseminated before. All titles were published by prestigious publishers.

For many artists, his latest work represents the culmination of a series of works where everything comes to an end. However, Marcel Duchamp seems to have thought the opposite: from the perspective of this book, his latest work is only the beginning of a new possibility of interpretation. And that possibility opens up new possibilities to interpret all his work. Étant donnés is something more: the book seeks to pay tribute to one of the greatest figures of the twentieth century by linking him to the Philadelphia Museum of Art, probably the institution that has guarded his legacy with the greatest suspicion.

A contributor to The New Yorker and Newsweek, Calvin Thomas wrote what for many critics and fans is the most comprehensive biography of Duchamp. This work not only shows the aesthetic obsessions of the French artist, but also reveals the relationship between his life anecdotes and his personal motivations reflected in art. The book was revised a little over 6 years ago to add new research. The review includes recently seen information about his latest works. And some of Duchamp’s love affair. 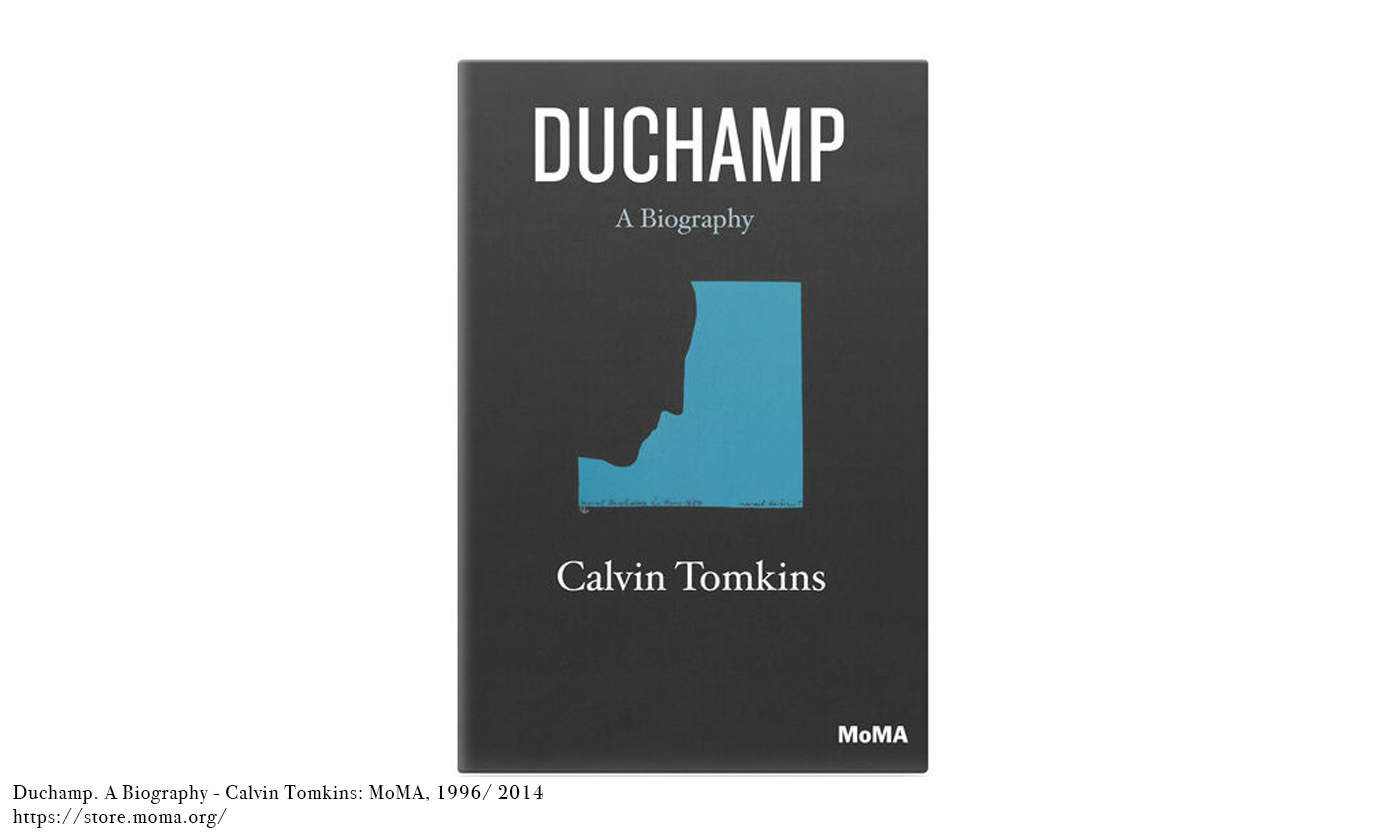 Duchamp is considered one of the great artists of the 20th century. In this dictionary, the reader approaches Duchamp’s life and work from a playful sense. With a very attractive design, The Duchamp Dictionary tries to cover everything related to the French genius: from his taste for chess to his ideas, his work processes or the meanings that can be derived from keywords such as wheel or bicycle. A great way to get closer to one of the most interesting creative minds in recent times. Francis Naumann says about this book, “Girst’s The Duchamp Dictionary is exactly the sort of book Duchamp himself would have enjoyed reading. The entries are well researched and written, informative and entertaining. You can’t ask for more”. 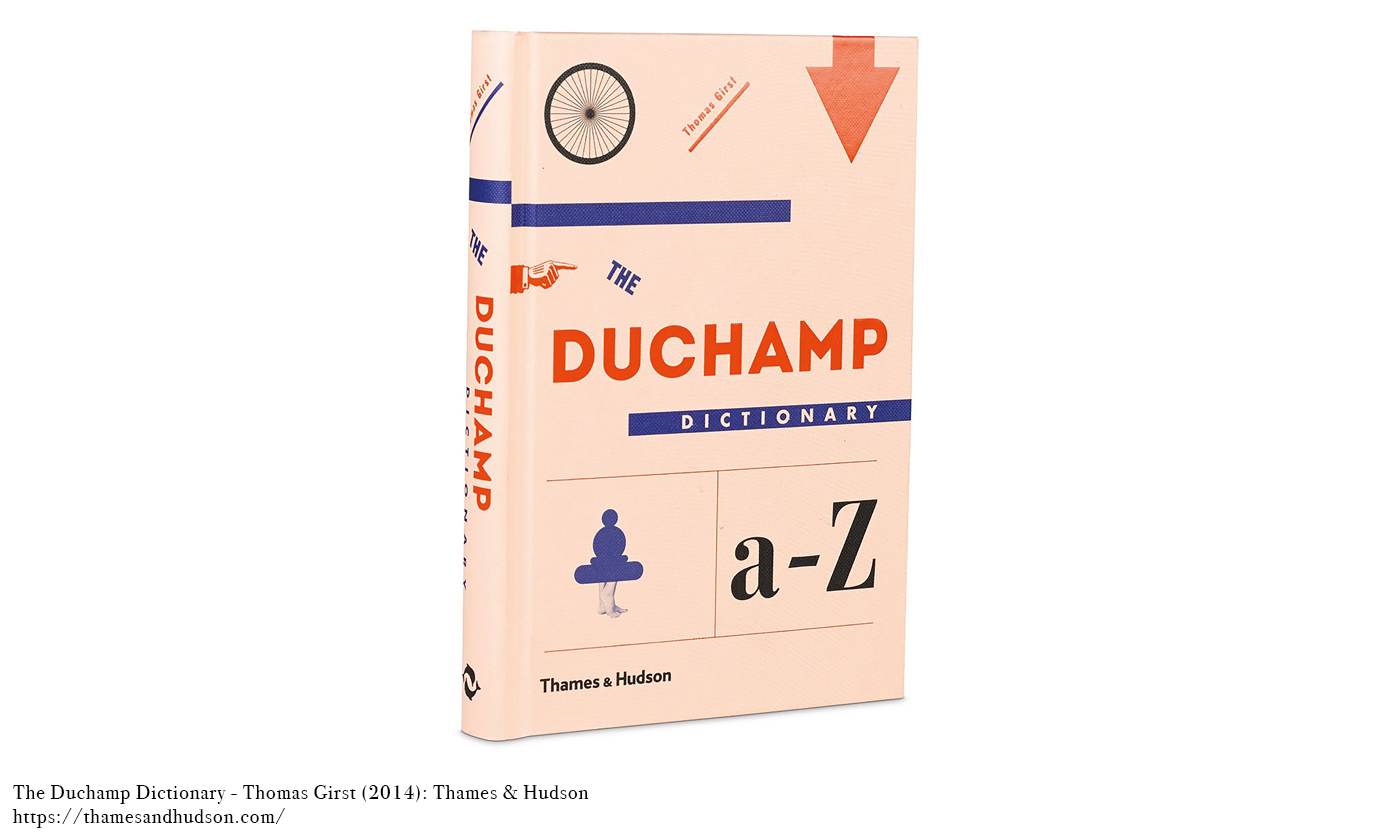 The life of any man is marked by two fatal dates: the one that of his birth and the one that of his death. However, artistic geniuses do with the second date what few can do: make it part of the narrative of their works of art. Marcel Duchamp died surrounded by some of his closest friends. On the night before he died, Man Ray took a photo of him. That image serves as a starting point for Donald Shambroom to project a question: who is the author of that photograph? The book triggers a series of reflections on the author’s images and his perverse intentions. 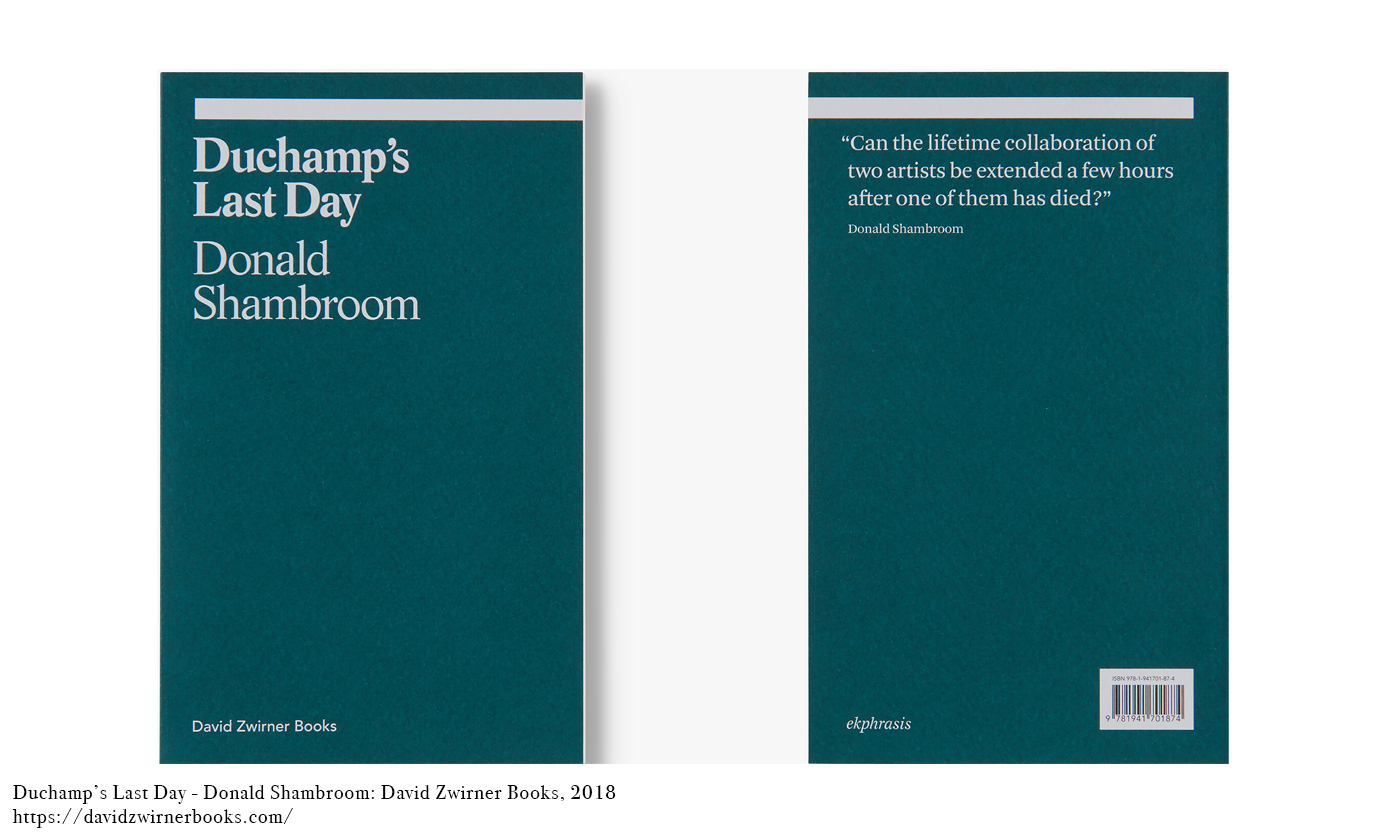 Marcel Duchamp and the Art of Life
Jacquelynn Bass
The MIT Press, 2019

Duchamp has always been associated with rational and theoretical aspects. His art has an intellectual halo without which it seems impossible to get close to it. However, this book reveals something unheard of so far. The MIT Press explains it as follows, “Duchamp drew on a wide range of sources for his art, from science and mathematics to alchemy. Largely overlooked, until now, have been Asian spiritual practices, including Indo-Tibetan tantra. Baas presents evidence that Duchamp’s version of artistic realization was grounded in a western interpretation of Asian mind training and body energetics designed to transform erotic energy into mental and spiritual liberation.” The book was published the last year. 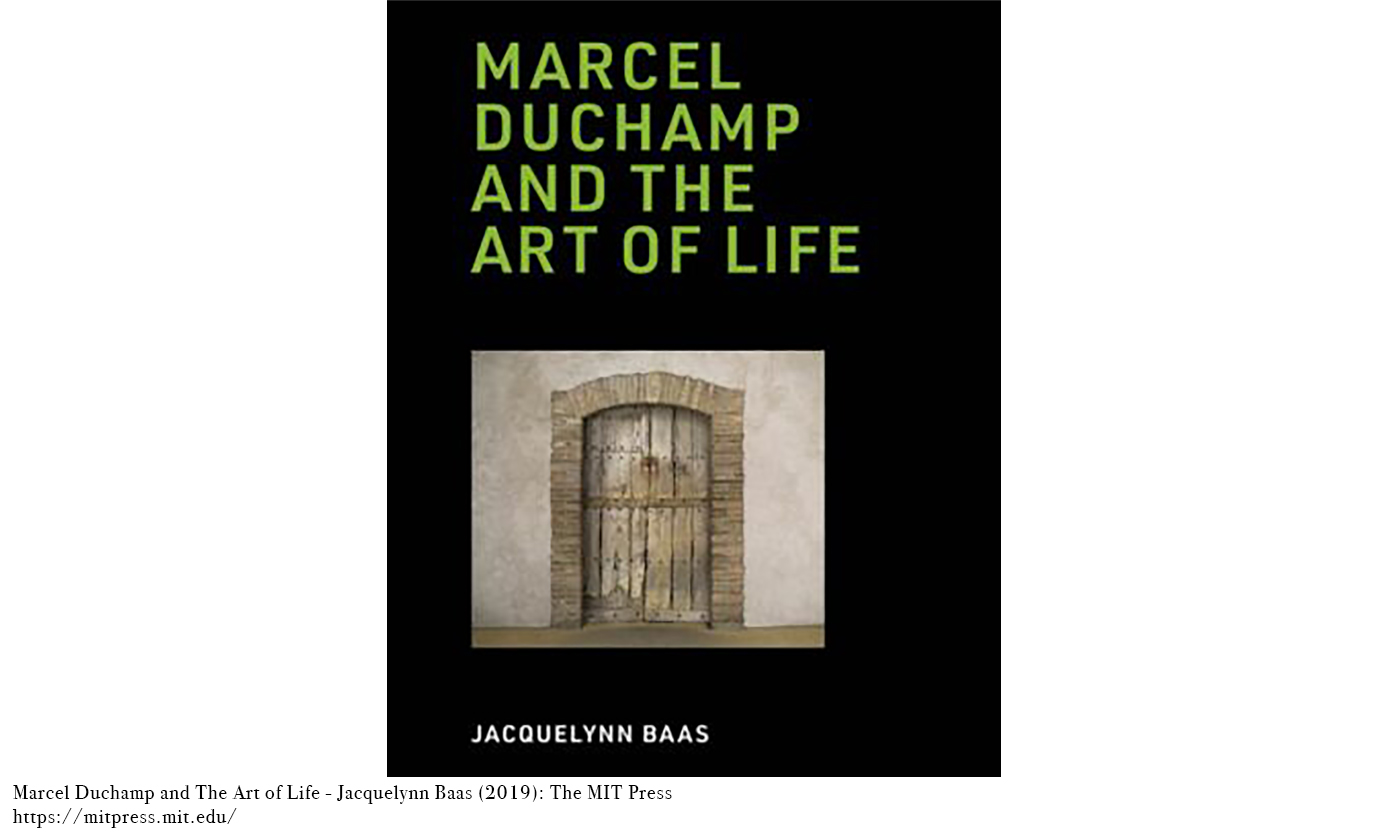 ARTbook
5 Books to Understand The Importance of Materiality in Art
The Provocation Column
The Materiality of Art
Featured Artist
Håkan Rehnberg: Materialising An Instant