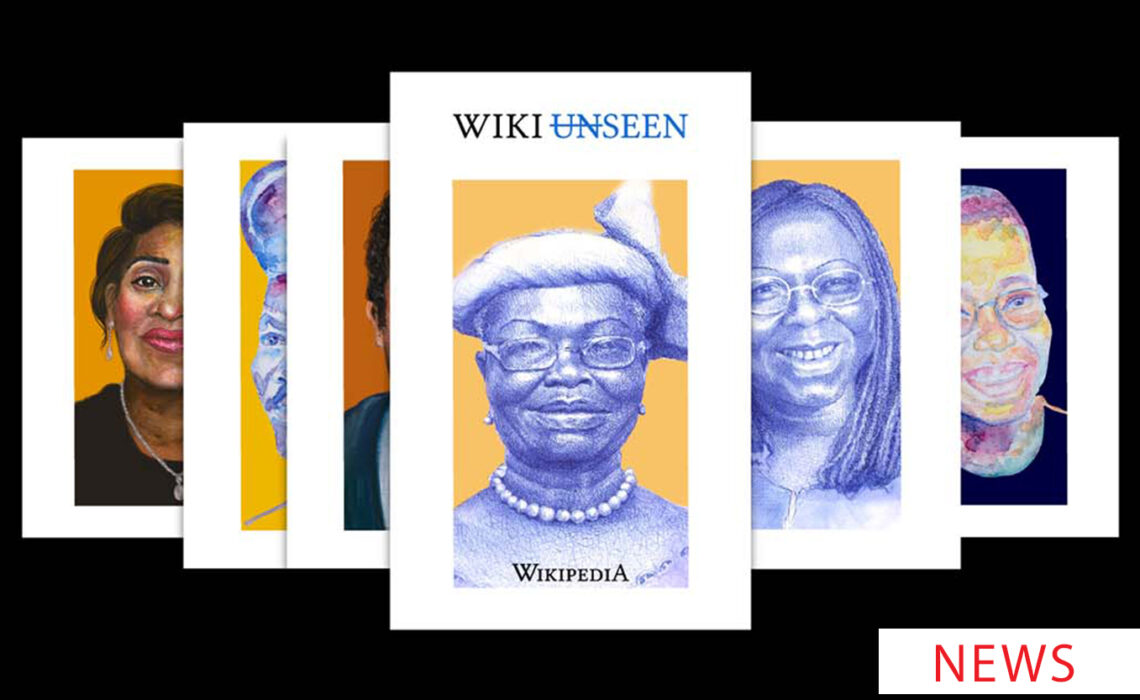 Writing and drawing are powerful tools to turn the overshadowed into visible narratives. What makes history a story is the impact of the written and the imagery to built a social imaginary. But how many stories has been not only unwritten but obliterated?

Wikimedia Foundation is launching the new project WikiUnseen in which they invite artists from different disciplines and background to illustrate scientists, activists, poets and pioneer who are not visually represented on Wikipedia due to the lack of representation of certain communities. The project is focused on make visible both the image and stories of black, indigenous and people of color who are not represented in museums, books and even the Wikipedia articles.

The Foundation has said that the purpose is also “A promise to show the world the people who have shaped the world, but were systematically erased from knowledge spaces. People whose images were taken out of the picture.” The idea is not giving voice to these persons whose voice has been actually as important as someone else’s voices. The objective is to spread their achievement in building the world from different perspectives. Esther Griffith (Trinidad and Tobago) is the first artists to be invited to the project. She llustrate Mercedes Tharam Richards (Kingston, 14 May 1955 – Hershey, 3 February 2016), who was a Jamaican astronomy and astrophysics professor, and Asquith Camile Xavier (18 July 1920 – 18 June 1980), a West Indian-born Briton who ended a colour bar at British Railways in London by fighting to become the first non-white train guard at Euston railway station in 1966.

All the illustrations are licensed with the creative commons (CC BY-SA 4.0), which allows to share and adapt the images under certain terms. More artists and images are yet to come and will eventually be displayed online in the Wiki Unseen Gallery. If you are an artists, you can also applied in the website to join the mission.

A similar project began in Mexico in 2016 as part of the activities of the exhibition Si tiene dudas… pregunte: una exposición retrocolectiva by the Mexican and feminist artists Mónica Mayer in the MUAC.  In collaboration with curator Karen Cordero, they worked with Wikipedia to write a text about a Mexican artist whose story and work has not been written yet. The project has had such as enourmus impact that Cordero has cordinate six editions, including the new one to come, which has involved the participation of thousands of women who write the biography of women artists and trained to upload it to Wikipedia.

The upcoming edition is open for those who are interested in be part of what they call the “Editatona”, which will take place on March 5. For those who haven participated before, a training workshop is available for free. You can suscribe to the Editatona. Mujeres Artistas 2022 (Editatona. Women Artists 2022)  in the following link: https://docs.google.com/forms/d/e/1FAIpQLSdgEWB6qQAT6ZU2ANCTMxecsLI0GuaZxGgVnQWkVY6YUfJFRg/viewform 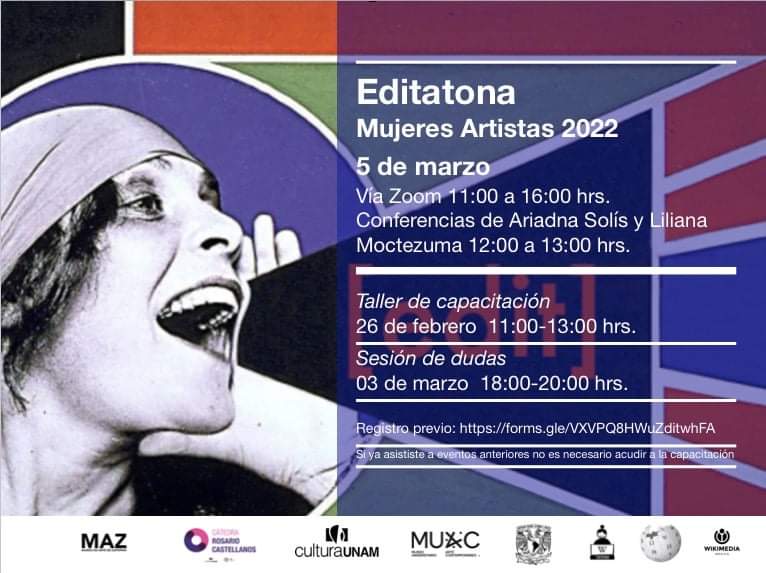