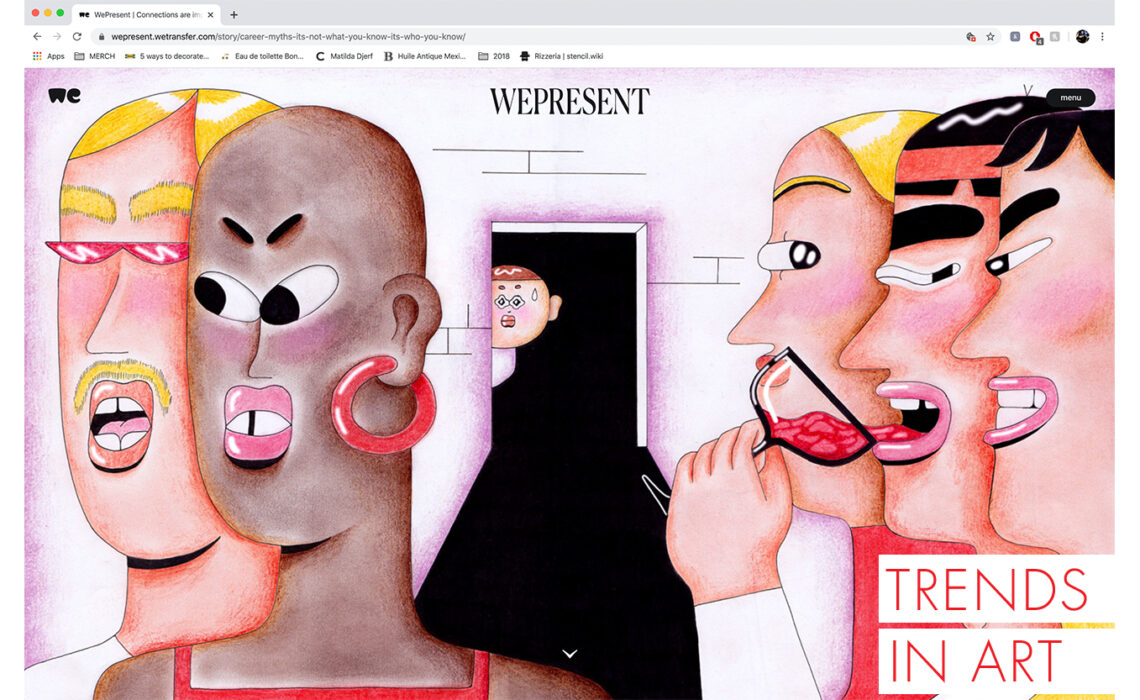 WeTransfer was launched in 2009 as an online platform to send digital files around the world. If you have use it service, you would probably remember some famous quotes from artists, artists or activist appering in its home page. But who could imagine they would bet for contemporary art? Even better, how comercial has became contemporary art to be a businees option for an online company?

After the unexpected world revolution provoked by Covid-19, WeTransfer decided to take its efforts —and its economical bets of course— in the digital world trhough a new editorial platform completely devoted to promote creative disciplines: WePresent. According with Holly Fraser, its Editor in Chief, “Since the pandemic took hold this time last year, the digial realm has been invaluable in preserving the arts of tomorrow”. 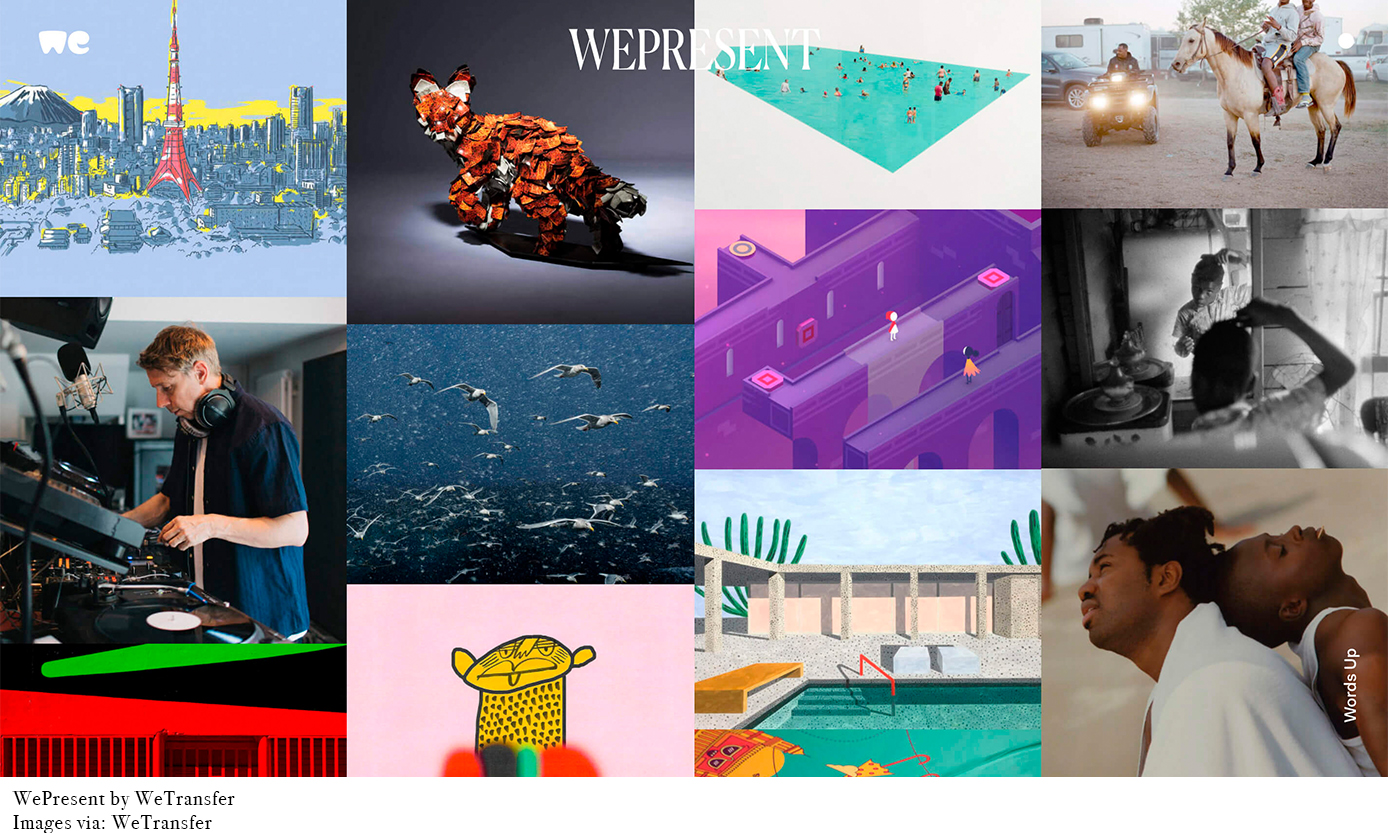 Founded in 2018, WePresent serves as the company’s very own magazine and platform for all things creative inspiration. Since then, the platform has made collaborations with musicians, filmmakers, photographers, among artists from different disciplines. However, its newest move is a project around contemporary art. On March, WePresent launched an exclusive collaboration with the biggest alive performance artist Marina Abramoviç as the first guest curator of the program Guest Curator Series. 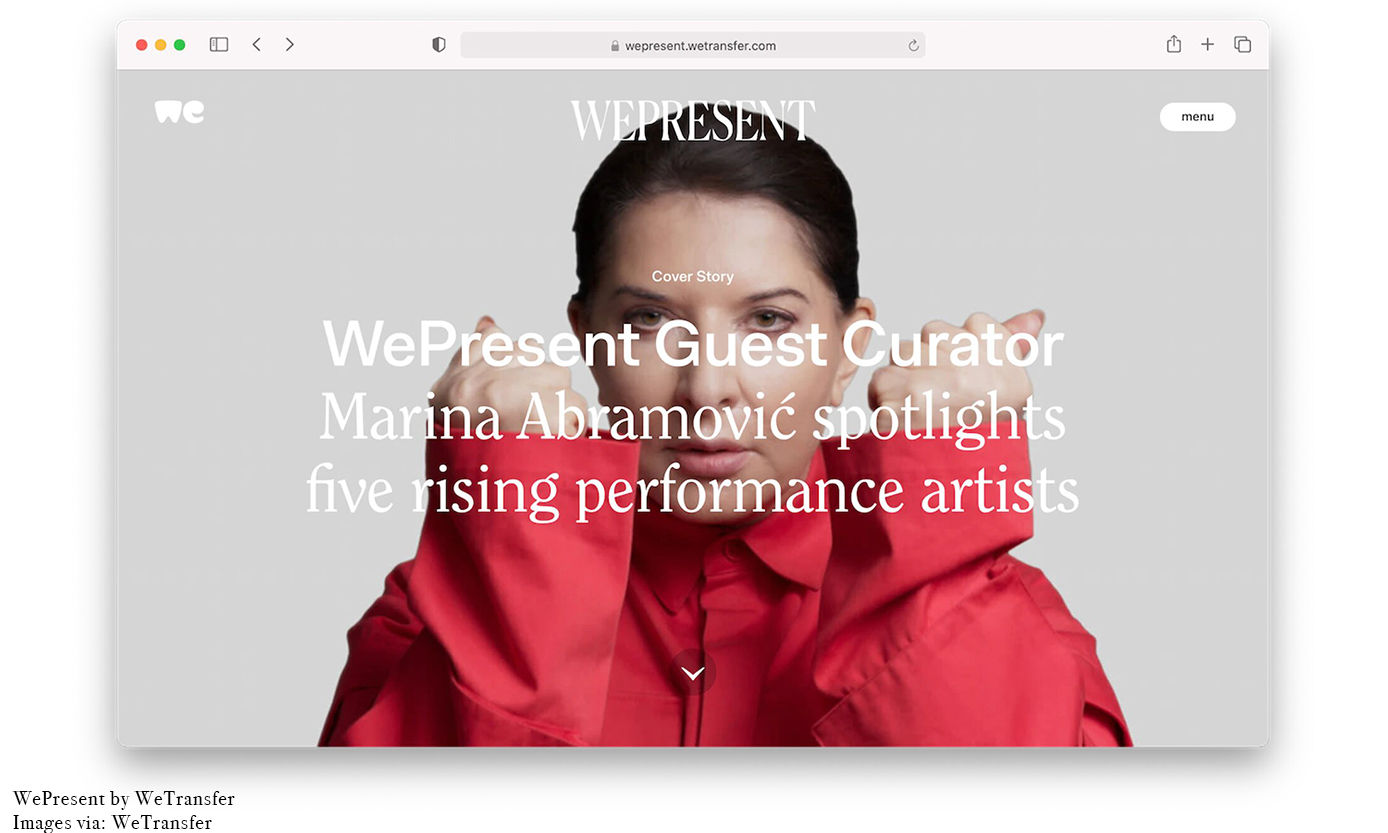 The main objective of this newly project is to invite international guest curator for selecting different artists, art spaces, artworks or artprojects whose in their opinion are having a major incindent in an artistic discipline. In this case, Abramoviç has choosen the work of five rising performance artists.

Beyond the Guest Curator Series, WePresent is also collaborating with the Tate galleries for Yes, but why?, a project to explain what makes some of the world’s best artists so brilliant. They have presented for now a journey through the minds and lives of artists such as Keith Haring, Yayoi Kusama, Lubaina Himid, Olafur Eliasson and Zanele Muholi.

News
Art Work: Artists Working at The Museum
ARTbook
5 Books to Understand The Importance of Materiality in Art
The Provocation Column
The Materiality of Art