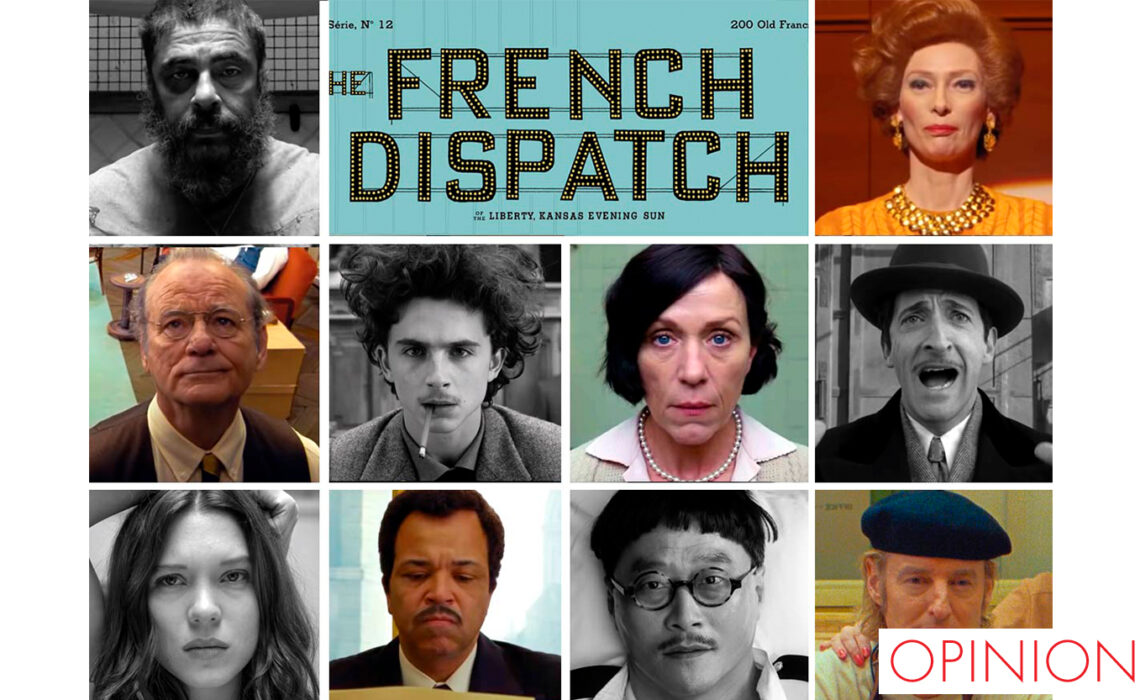 The French Dispatch: A (Fictional) Story About Art and Writing

Wes Anderson is perhaps one of the most insteresting filmmakers of recent times. Director of extraordinary films such as Fantastic Mr. Fox (2009), Moonrise Kingdom (2012) or The Grand Budapest Hotel (2014), he has created ficitonal worlds in which the most absurd issues in life come to light, some of them generally hidden in everyday life. For his new film, Anderson takes the worlds of art and writing-some of the most absurd scenarios in the real life-to reveal his love to the American magazine The New Yorker.

The film has been described as “a love letter to journalists set at an outpost of an American newspaper in a fictional 20th-century French city”, centering on four stories. It brings to life a collection of tales published in the eponymous The French Dispatch, based in the fictional French city of Ennui-sur-Blasé (literally Boredom-on-Blasé).The film is inspired by Anderson’s love of The New Yorker, and some characters and events in the film are based on real-life equivalents from the magazine. One of the three stories centers on the May 68 student occupation protests, inspired by Mavis Gallant’s two-part article “The Events in May: A Paris Notebook” Another story, featuring Adrien Brody’s character of Julien Cadazio, is based on “The Days of Duveen”, a six-part feature in The New Yorker on art dealer Lord Duveen.

When speaking to French publication Charente Libre in April 2019, Anderson said: “The story is not easy to explain, [It’s about an] American journalist based in France [who] creates his magazine. It is more a portrait of this man, of this journalist who fights to write what he wants to write. It’s not a movie about freedom of the press, but when you talk about reporters you also talk about what’s going on in the real world.”