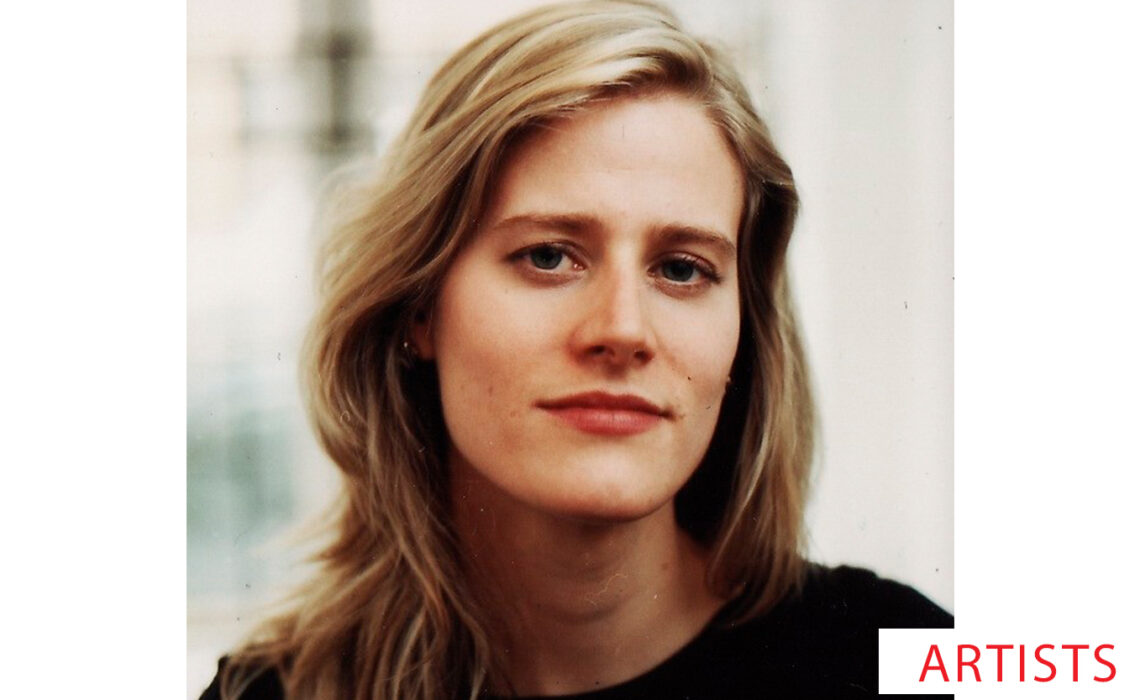 For the past fifteen years, the work of Dannielle Tegeder (NY, 1971) has explored abstraction. While the core of her work is paintings and drawings, he have recently begun to include large-scale installation, sculptural objects, video, sound, and animation.

“The problem of the “death of painting” is central to my work. I identify as a painter, even though I work in sculpture, animation, sound, and installation”. This is how Dannielle Tegeder began an interview for the famous BOMB Magazine. There are some concepts that are commonly used to describe or speak about her work: abstraction, architecture, utopia and modernism. But even though they are present in his compositions, it is only through the mutual relationship between them that they build a horizon of meaning. Even better, these relationships are triggered by the compositional, pictorial, material and conceptual possibilities that painting offers to her.

Tegeder is constantly exploring the limits of painting without forgetting the long historical tradition that this medium / technique has both in the history of art and in the forms of representation that have shaped our conception of the world. When refering to the “death of painting”, she is not taking the conversation to the “common place”. There is no intention in his words of belittling painting or thinking of it as an old and out-of-date practice or technique. Her interest is set in the power of painting to transform its own formal and conceptual bases, and move towards other formats more related to sculpture, installation and even digital art. 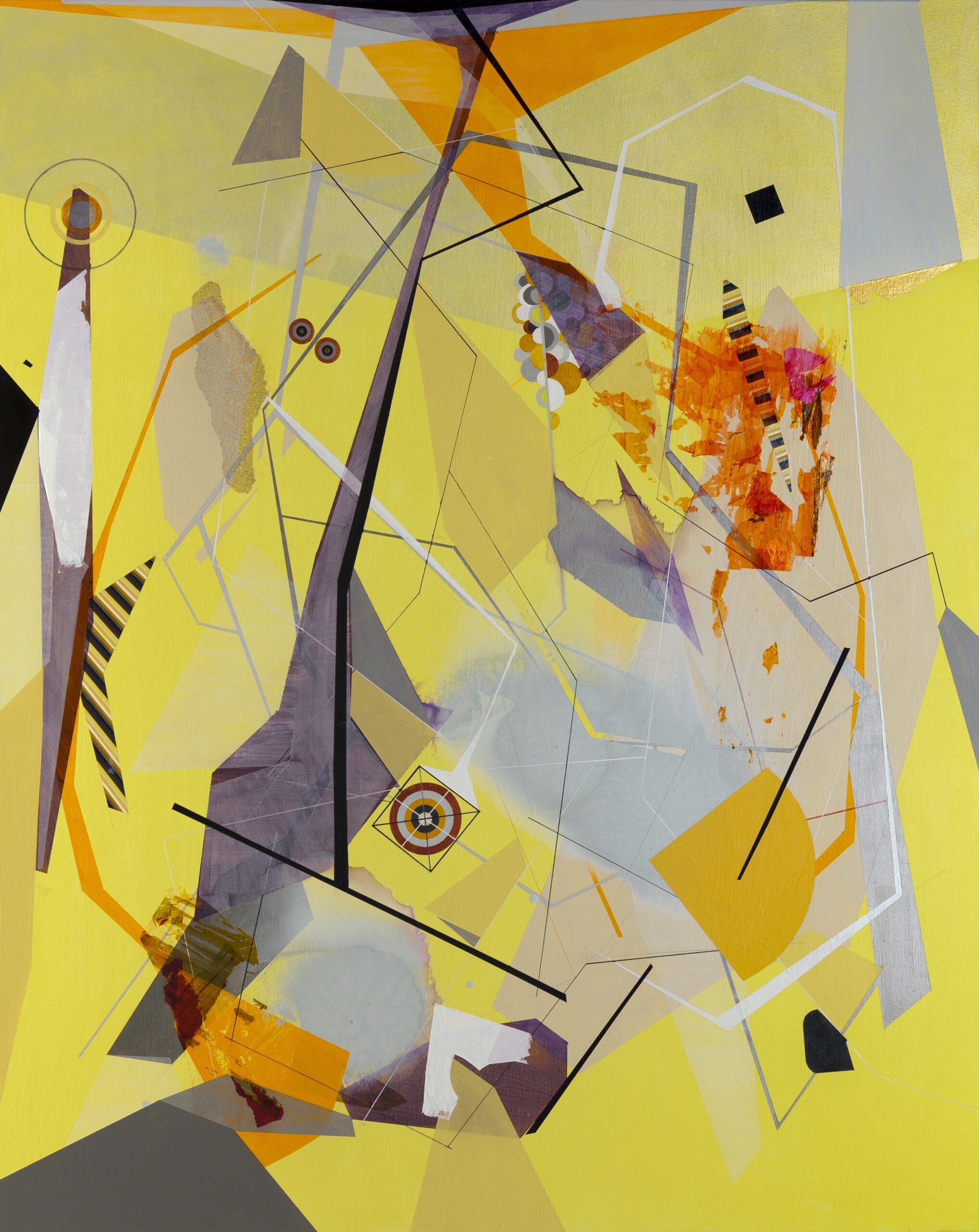 Dannielle Tegeder, Lessons in the Consolidation of Inhuman Factors, 2016.

At first glance, her work can be seen as merely abstract. However, for her, abstraction is not only a technique, but part of a composition that allows the coexistence of different elements within the same space. In this context, his pieces address the various ways in which urban and architectural spaces are defined (or even defined) by the imaginaries of modernity, which are still present in the everyday life.Whether working with bidemensional painting or extending it to other formats, Danielle also seeks to address social, political, etc., such as the division caused by geographical borders or the problems of social space. Her artistic proposal reminds that painting is not simply an image for contemplation. 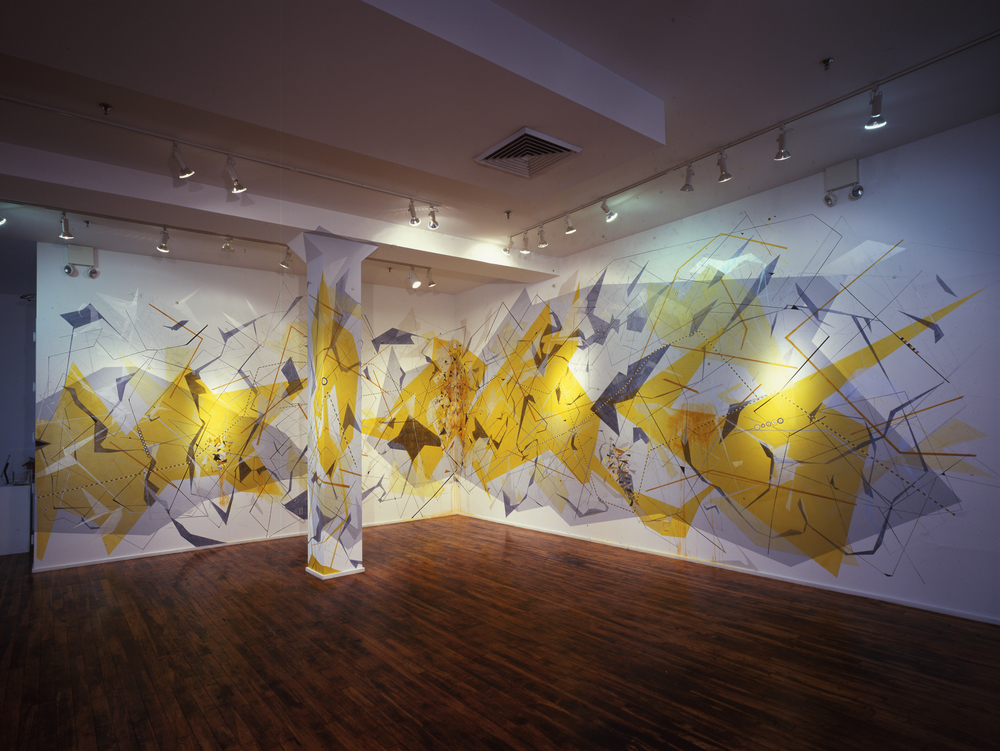 Wall-drawing at the Chelsea Art Museum