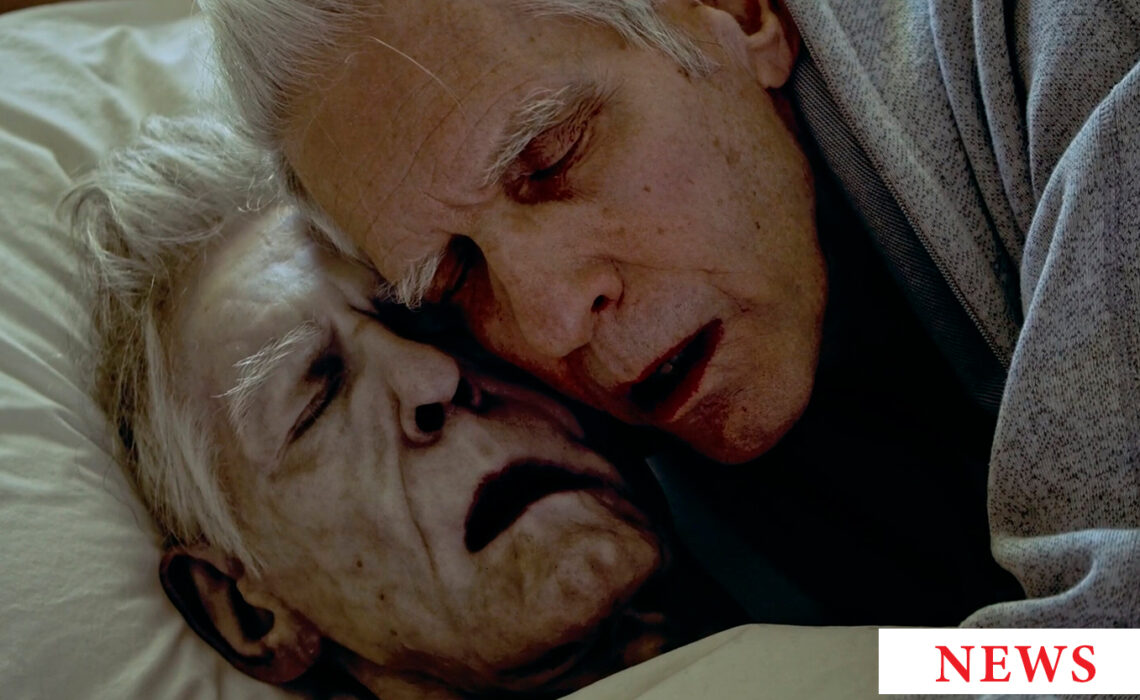 The Death of David Cronenberg

Canadian filmmaker David Cronenberg has explored the human body from its most darkest and weirdest relationships with life and nature. It isnt rare now that in his most recent short is getting closer to his own death and turn it into a NFT work. The film is currently on auction through the platform Superrare. 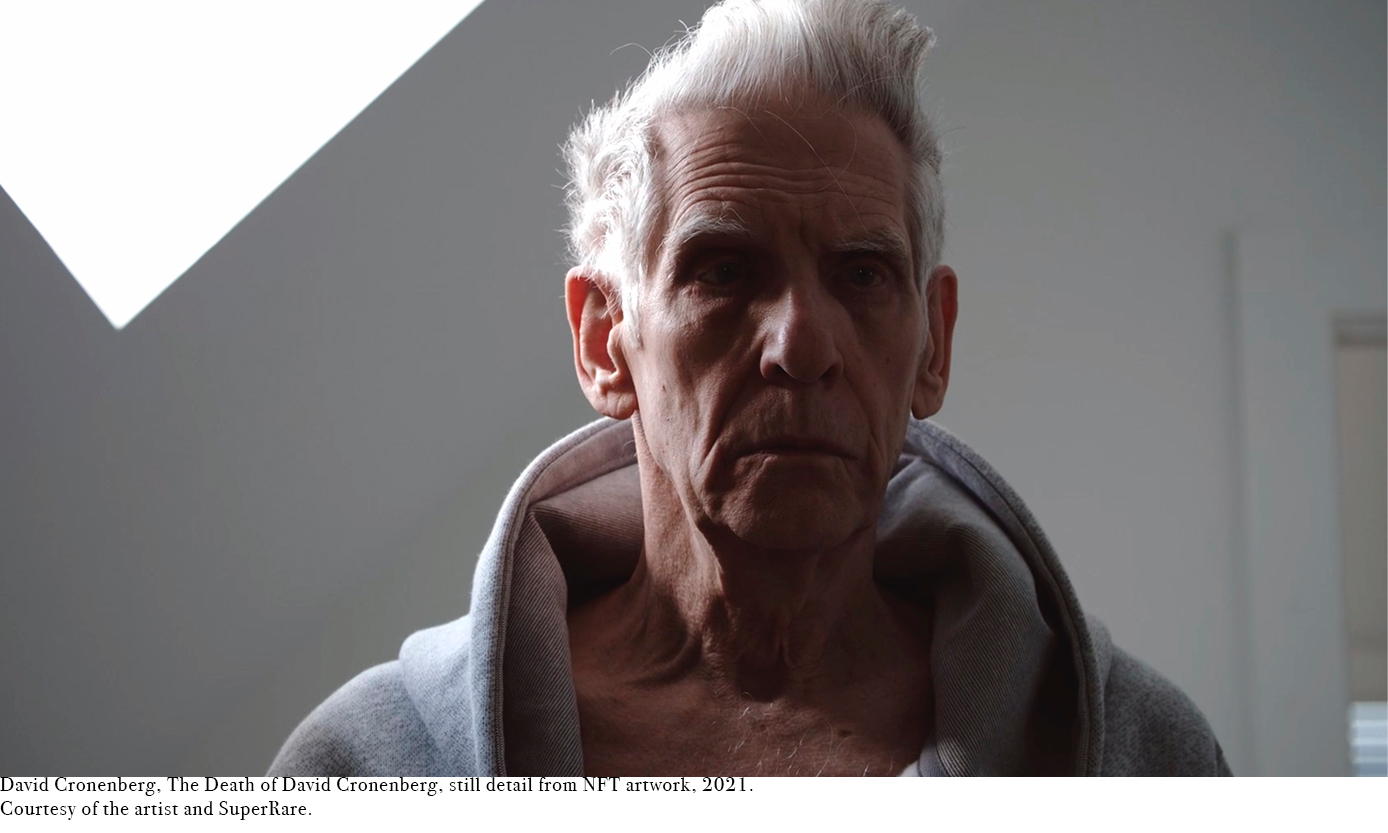 In the film you can see Cronenberg itsel wearing a gray bathrobe while walking in a tiny-white room to get into a smaller space with a bed. The architecture of the space reminds the set of expressionist old movies, such as The Cabinet of Dr. Caligari (Robert Wiene, 1920), in which shadows and lights turned the architecture into claustrophobic settings that absorb human sensations. However, in The Death of David Cronenbeg— currently on view on the platform Superrare— light prevails over darkness without losing a gloomy atmosphere. 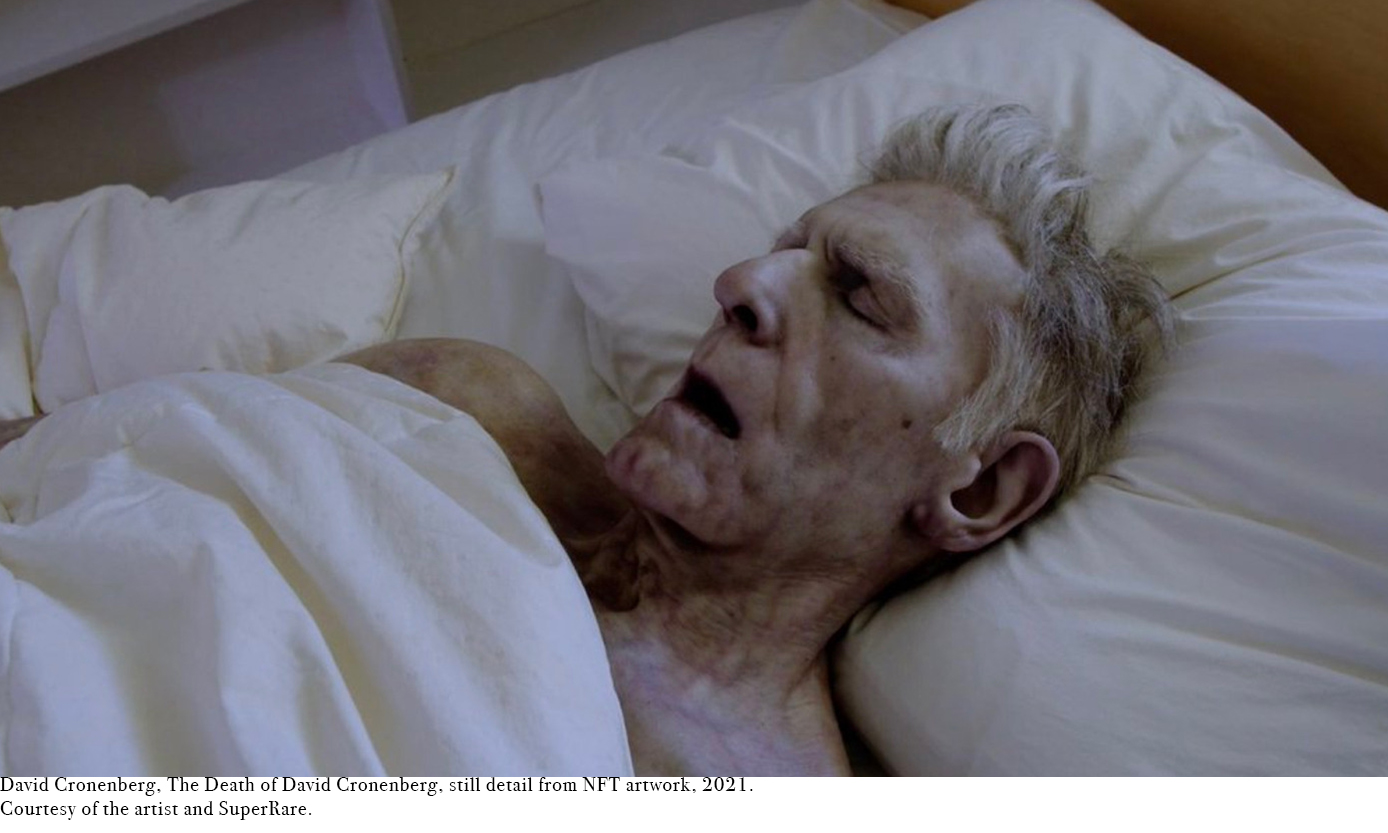 The film was shot by Caitlin Cronenberg, the filmmaker’s daughter, who also aimed him to tokenized the film and put it into auction as an NFT work. The auction is currently on auction—and open through September 21— in the platform Superrare and it is expected to reach from 500, 000 dollars to 5 million dollars.

In an interview with Luke Whyte, Superrare’s Editorial Director, Cronenberg said that: ‘The Death of David Cronenberg’ is an opportunity to face-off with existential dread, a chance to address the question, “I’m almost 80, what do I do about that?”. He also add: “I used to say long ago, whenever I kill somebody in one of my movies, I’m really rehearsing my own death, and that became a cliche, but there is truth in it,” he said. “It is part of life to deal with your own death. People know they won’t live forever, and that their parents won’t live forever. You never finish dealing with that. Every decade of your life you have to revisit it specific to where you are.”

In the film, the character laying on the bed is a prosthetic corpse made by Black Spot FX for the fourth season of the Slasher, a horror series broadcast on Netflix. Cronenberg ask borrowed the prosthetic to the company without having any project in mind for using it, until the project of his death came from his daughter proposal.

Investing in Art
5 Of The Most Riskiest Art Collectors
News
Alicja Kwade: Everything could be a NFT, even DNA
News
4 Women from Sculpture and Video for The Turner Prize 2022