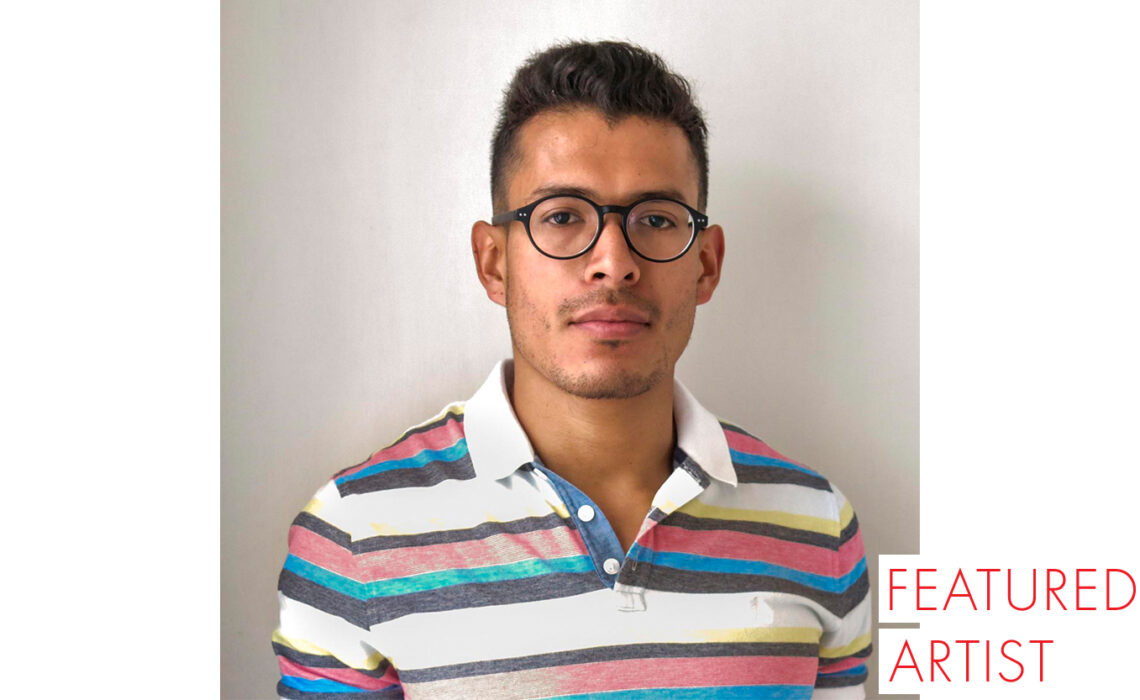 Hugo Robledo (State of Mexico, 1990) creates paintings and site-specific artworks. Although he has experimented with sculpture and installation, his main practice focuses on two-dimensional works.

Architecture, the built environment and man-made objects have long been the artist’s fascination. His most recent series explores visual representation of Modernist Architecture in Mexico and Latin America. A critical review of the formal attributes of late rationalist avant garde movements, as well as the simultaneous political changes in the region motivate his latest works. 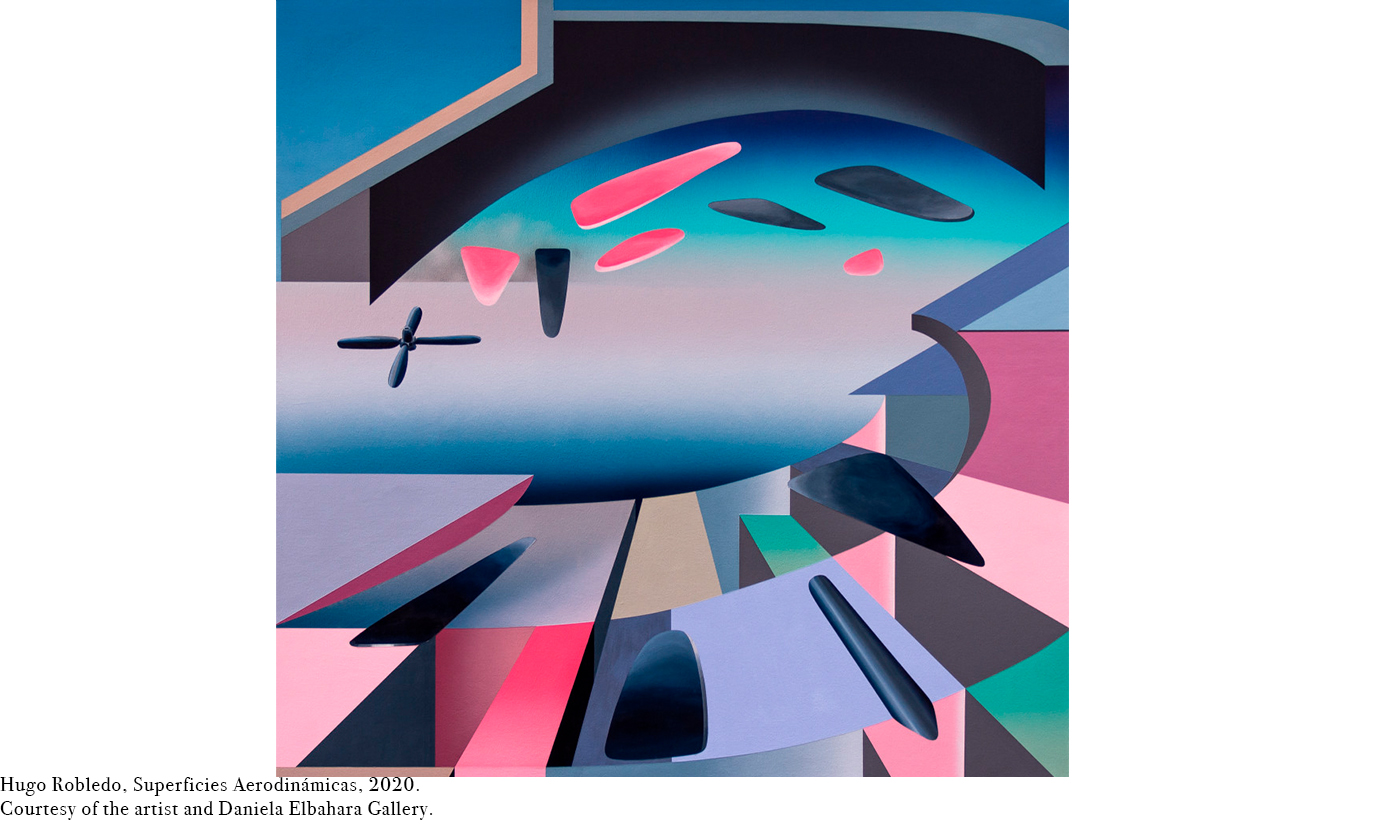 The series of paintings refer to Modernist architectural spaces and their representation. The oeuvre opens up several questions about the abstract nature of architectural space, the qualities of surface and matter offered by the pictorial support and painting as an object or as representation. This body of work aims to create a connection between pictorial formalism and the ideological models that shaped the current sociopolitical reality. 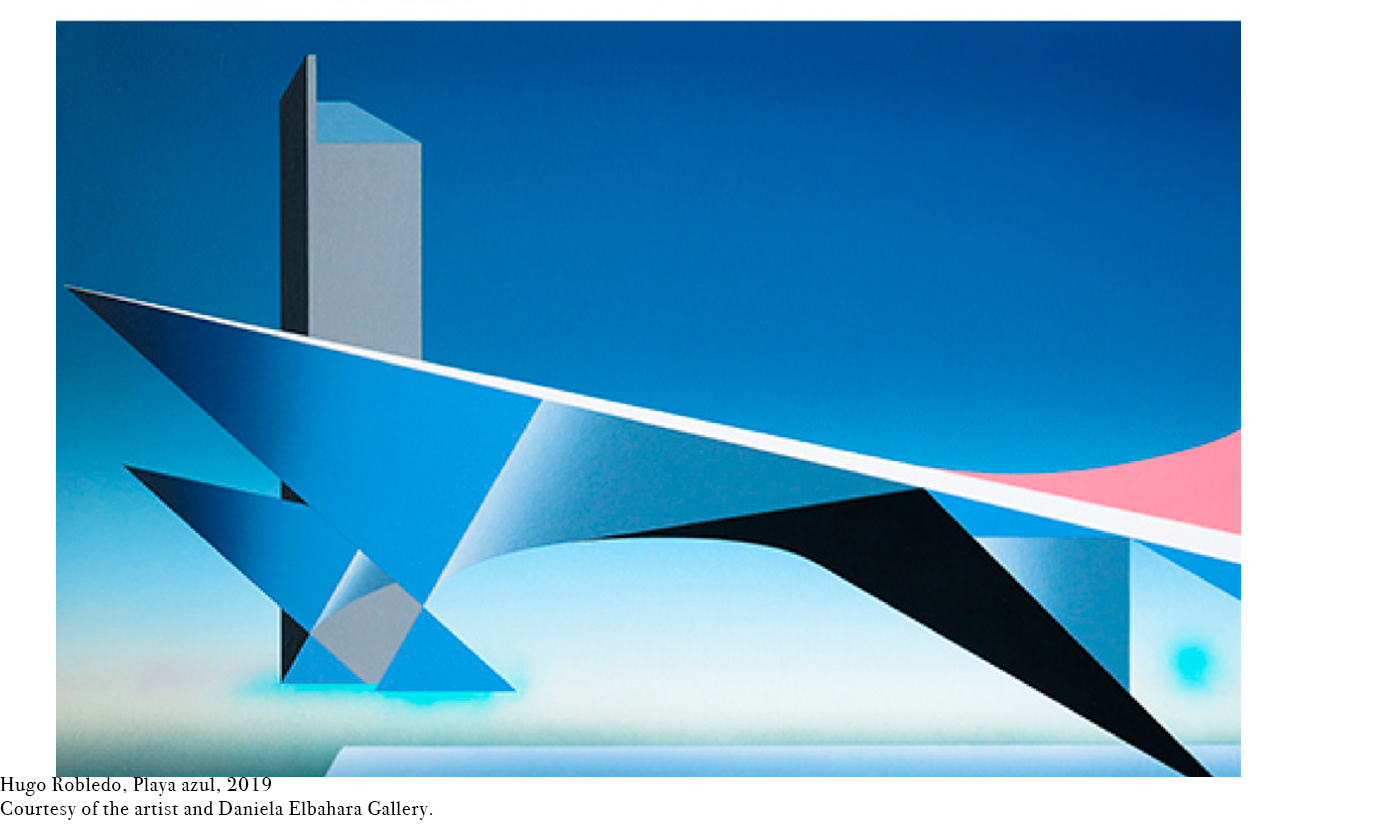 He studied Visual Arts at the Faculty of Arts and Design of the National Autonomous University of Mexico (UNAM). In 2012 he did an academic stay at the Institute of Arts of the State University of São Paulo. His latest solo exhibition entitled “Reflejo de una forma limpia” was presented in 2021 at Galería Libertad (Querétaro, Mexico). He has been twice awarded the Young Creators Grant by the Mexican Secretariat of Culture in 2017 and 2019. He has participated in an Artist-In-Residence program at Fazenda Serrinha in 2012 (Bragança Paulista, Brazil) and at Cobertizo in 2020 (Jilotepec, Mexico).