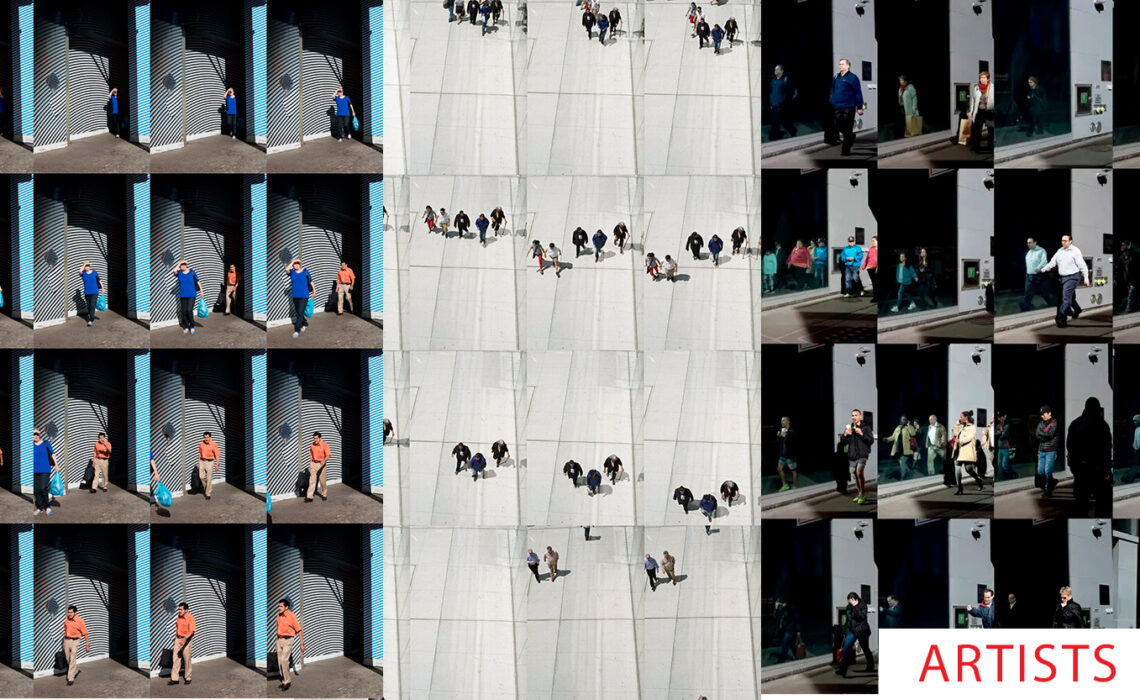 Streets are almost like huge canvases in which a lot of elements make a great composition. Sound, movements, colors… everything counts when a city create its own image to be identified. It is in the street where photographer Elizabeth Bick found a dance coreography made up by the movements of the people.

Elizabeth Bick (Houston, 1980) is a photographer influenced by her training in classical and modern dance. After a childhood dedicated to dance, Bick found a choreographic voice through photography. Through the lens of her camera, she captures the movements of the people in the strees as if those displacements were subtle ballet steps. 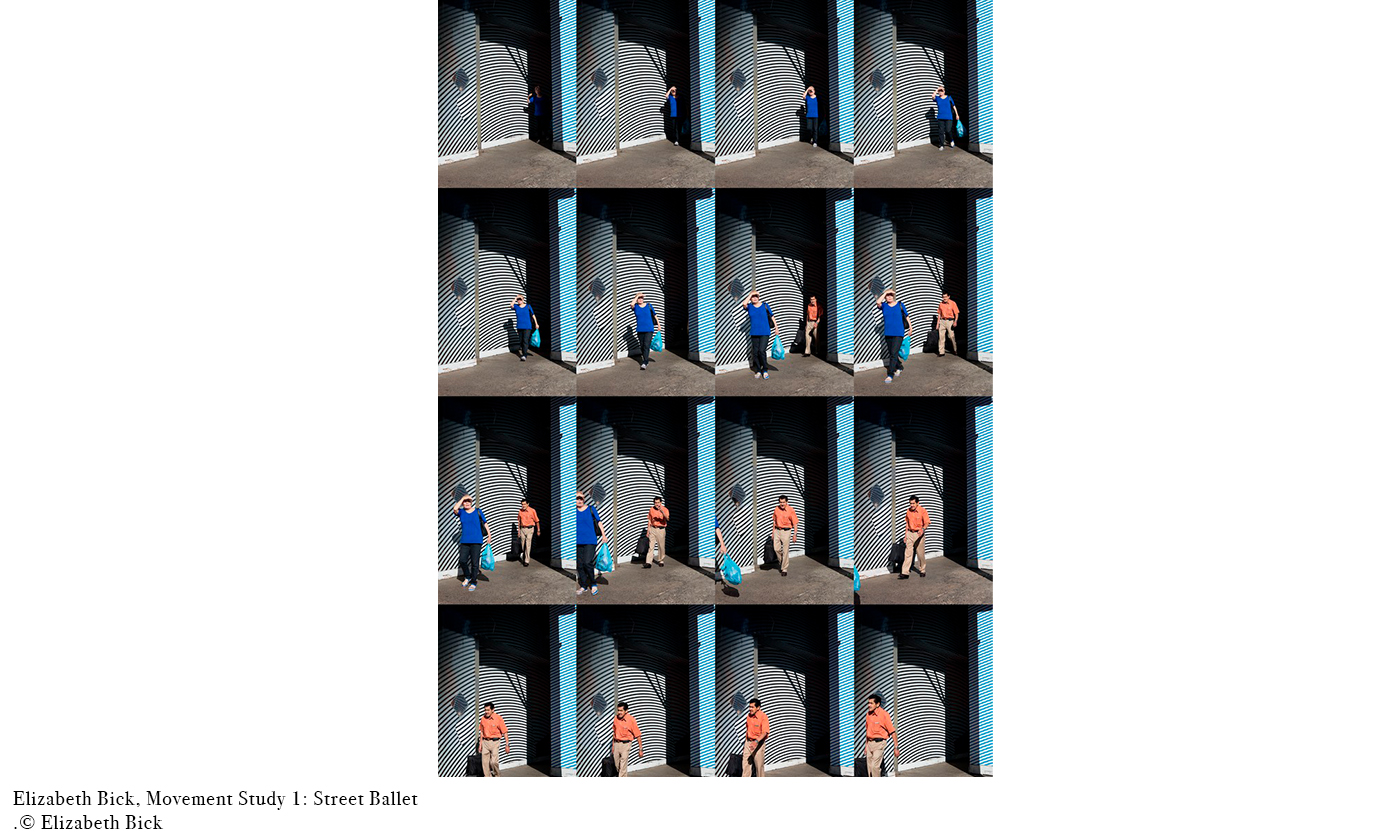 She recently received the  2020 HCP Fellowship by the Houston Center of Photography that discribes her series Movement Studies as a “three-volume work that portrays a gridded  anonymous street, a chosen corner, and finally, one individual. Movement Study I is a distant, peering typology study of patterned movement in occupied transient urban landscapes.” 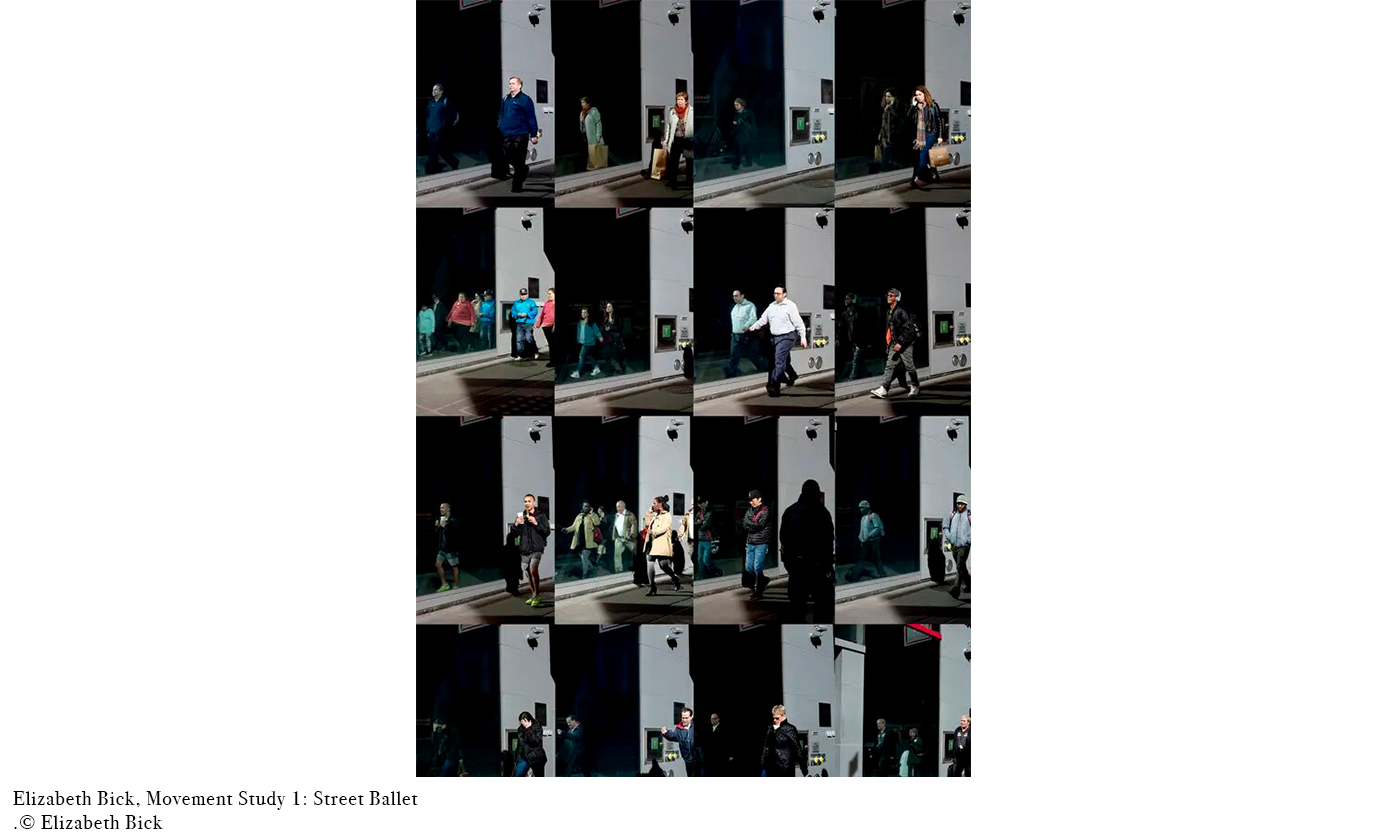 Although photography is static, one can see the movement through the photographic bodies as if were watching a cinematographic image. 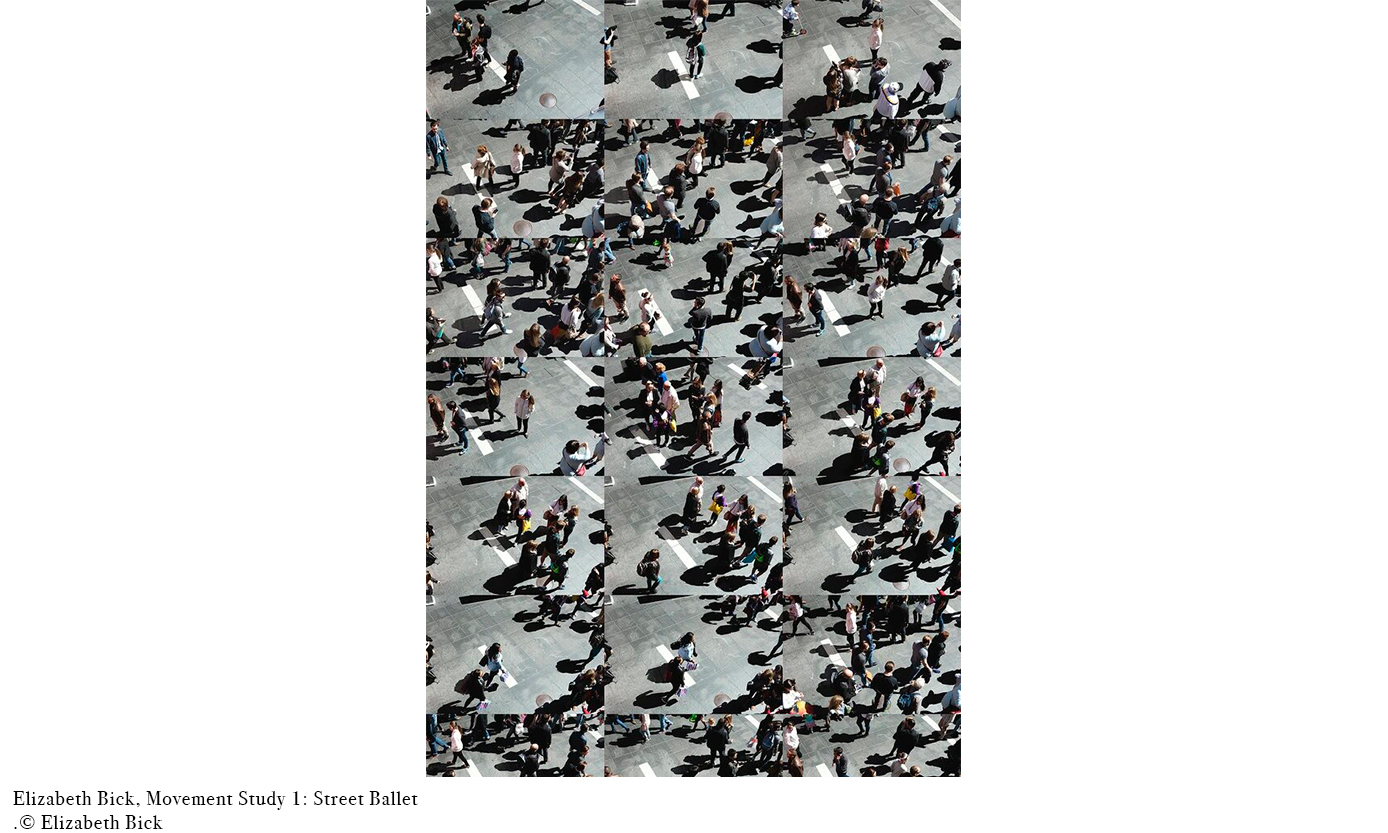