Teeter-Totter Wall: Design of the Year 2021. Is this Activism Art?

Last week, Abel Cervantes wrote on this pages about the decline of public monuments and questioned if the design of public spaces in Mexico were actually social spaces. A couple of days ago (on January 21st), the Design Museum in London awarded Teeter-Totter Wall (2019) with the Design of the Year, one of the most prestigious design awards around the world. However, although this project has good intentions, is it really the best option one could imagine to protest against a wall that has been specifically designed to separate the people?

On July 28, 2019, a design and art installation was installed through a part of the U.S. Mexico border fence. For 40 minutes, people from both sides—who aren’t able to cross from one to the other side because of restrictive migration policies—played with the three seesaws which were later dismantled. 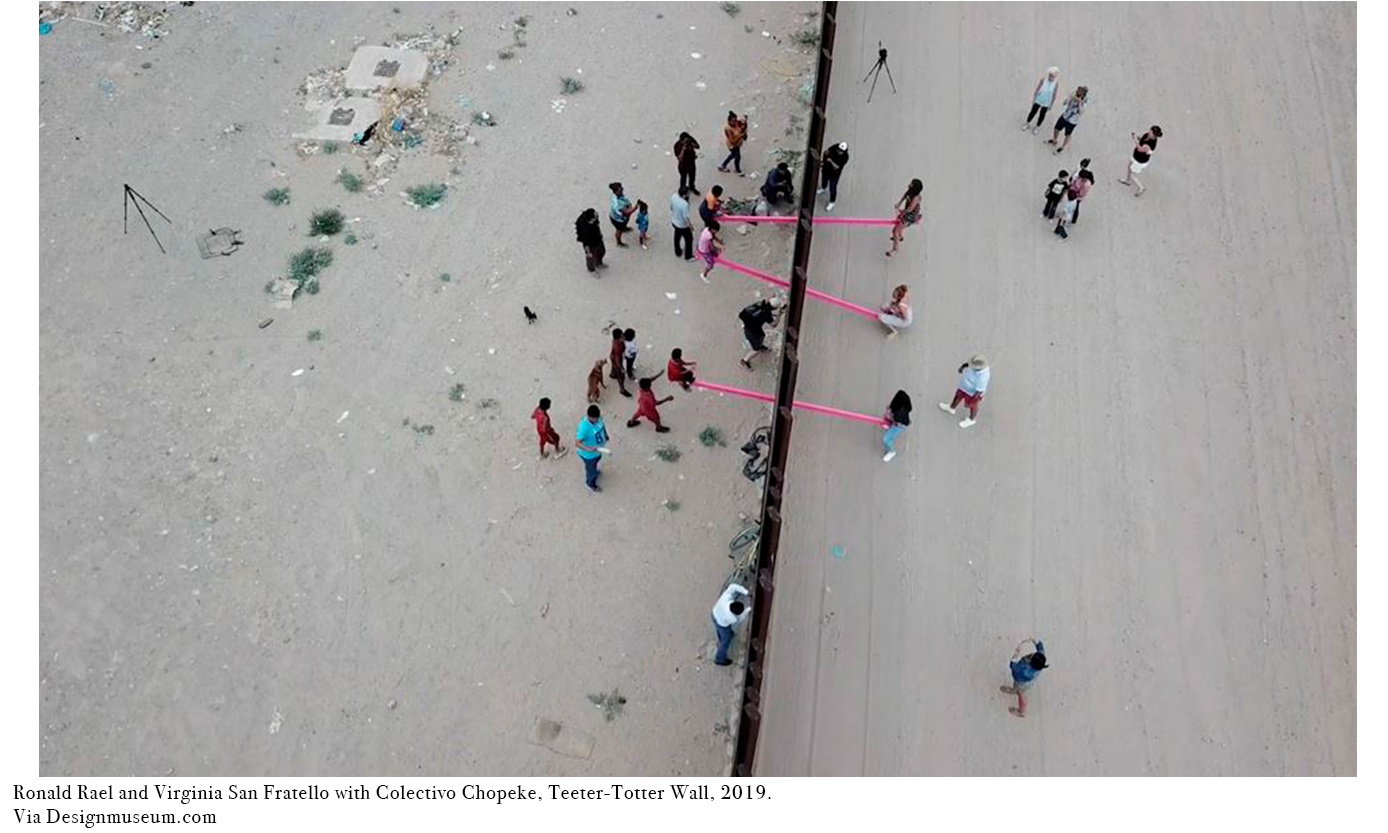 The project was designed by Rael San Fratello Studio while the three seesaws were fabricated by a groups of artist in Ciudad Juárez, Mexico. The color pink was choosen in relation with the color used for the ciy to remember the womens who have die sinse the 90s because of the extreme violence.

Ronald Rael told to PBS: “We were not out hter stating particular messages of resistance. We were demonstrating how the act of play, the act of engaging that place, was our act of resistance to say that, ‘This is our place’, and we can dismantle the meaning of the wall and its violence.” On the other hand, the jury from the Design of the Year Award mentioned that “Wiewing the boundary as a site that severs relationships between the thow countries, they [Rael San Fratello studio] wanted to create a place where citizens across the border could connect, so they designed three bright pink ‘teeter-totters’ (seesaws) to slot into gaps in the steel border wall”.

No one can denied it: no matter if 40 minutes or 5, playing is always a moment in which everybody forgets everything in order to take a breath and imagine other possible ways for living. Nevertheless, this kind of designed spaces aren’t naive as much as they want it. In this specific context, playing is always a relief, but altough art has non responsibility in changing the world, at least it has the responsibility in not forgotting what is happening around us.

Art History
5 Art Collections in Mexico: A Very Short History
News
A Hologram of Edgar Degas sculpture is on World Tour
Art Advisory, Art History
From Da Vinci to NFTs: A Long History of Love and Sharing Between Art and Technology