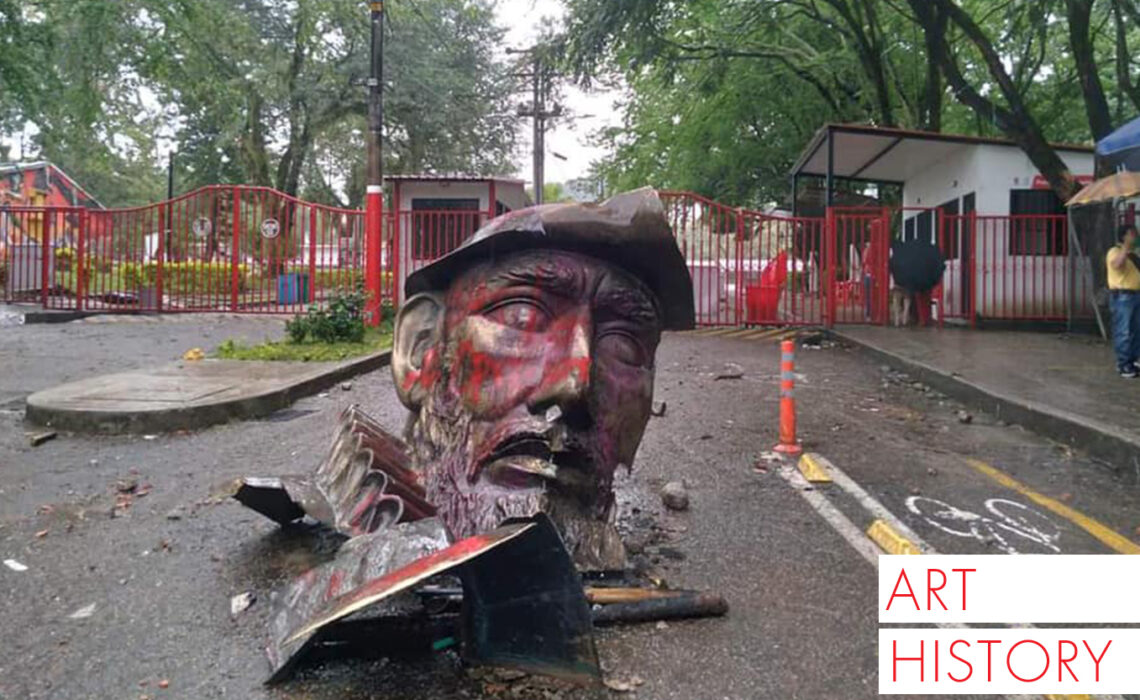 Fallen Monuments or The Dead of the Symbols

Destroying monuments and visual symbols is not a new form or protest or destrucion. However, in the past couple of years, several monuments and symbols has become a powerful tool for the social protests in Latin America, specially in Mexico and more recently in Colombia.

We are not witnessing a new phenomena: think about the Trojan War when, according the Greek mythology, Troja was completeley destroyed by Achaeans (Greeks). Or the Byzantine Iconoclasm when several religious images were destroyed or prohibited by religious authorities.

This kind of acts are truely important in terms of the impact of images. On the one hand, one of the main aspects is the power of images as political tools, even when art has been considered as useless. Believe it or not, a image can transform a whole thought system but also can manipulate ideologies. If not, then why historical monuments and images around the world has been destroyed for social protests and political purposes.

In this context, we woul’d like to focus on the fallen monuments as a result of social protests. Althoug the collective thinking points out to preserve historical monuments—even if you don’t have a clue about the symbolism in that “statue—under the argument that it is necessary to preserve the social and collective memory, it is necessary to question what kind of memories are preserving these monuments. Event better, we must not forget that when a monument has lost its symbolism for the people it belongs, then is a dead monument for a society who inevitably has change and is needed for new symbols to represent them. 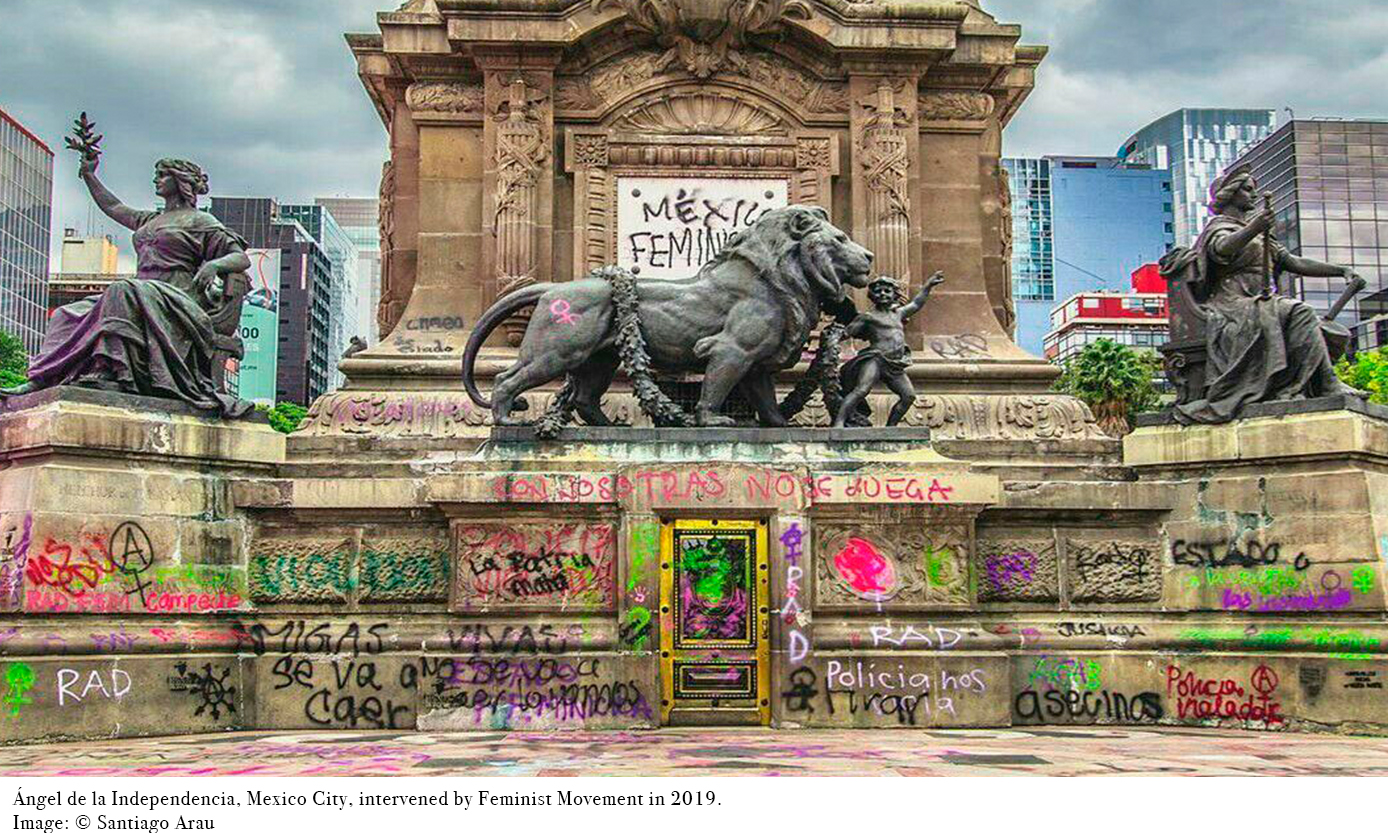 Images are not dead unless the people to whom they belong stop making sense of them. In other words: images are alive to the extent that people symbolize them. In this sense, the fall of monuments or the dead of the symbols are nothing but the possibilite to build new historical references for the memory. 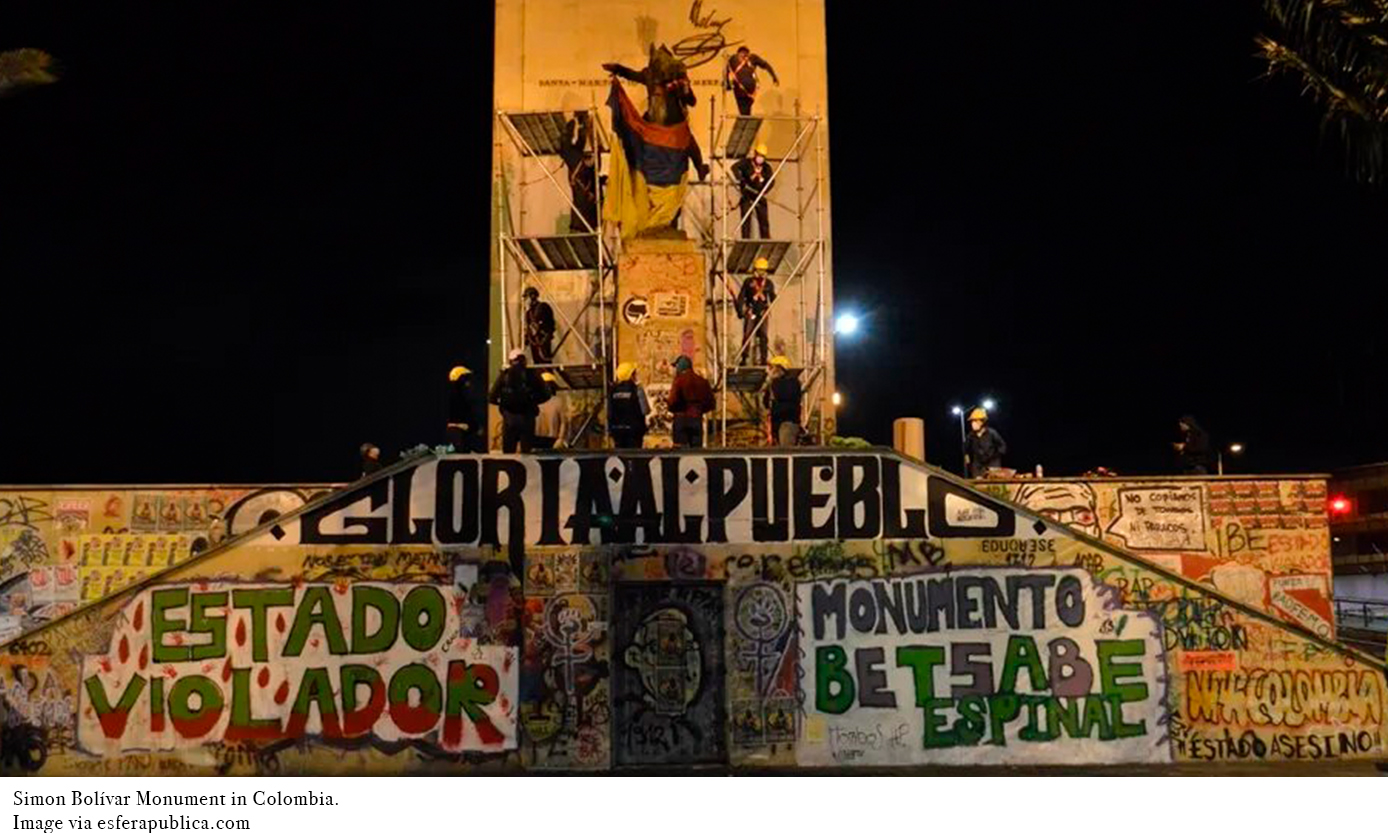