The auction house Sotheby’s is taking advantage of the NFTs trend by accepting cryptocurriencies and hosting special sales of NFTs. In its own words, this is a new art market who is setting new rules for selling and buying both physicall and digital art.

Is this a new trend or are we really talking about the “artistic breakthroughs of the century”? as Sotheby’s has said. Is really soon yet to know it, however the famous auction house will held one of the first sales completely devoted to NFTs. The most curious thing about this sale is that it will be curated by Robert Alice, which is a rare considering that sales and auctions are not usually curated. The need to inform about this new trend might be the reason to have a curator for a sale.

The sale will take place online from June 3 to 10 through the Sotheby’s web page. By now three NFT works has been revealed and in the upcoming weeks, the entirety of the curated selections will be revealed.

Kevin McCoy is one of the leading new media artists of his generation. Universally regarded as the first NFT ever created, Quantum is timestamped 05-03-2014 09:27:34. In 2014, during a Rhizome conference, McCoy created what he and his collaborator, Anil Dash, called at the time ‘monetized graphics’ – or monegraphs — by codifying provenance into an original digital work using blockchain technology. Quantum was the first work minted in this way. Reflecting the immutability of the blockchain timestamp, Quantum offers an unrivalled opportunity to acquire the very genesis of the NFT space. Generatively built entirely by code, Quantum prefigures the explosion of digital creativity through NFTs and will be available as the seminal work in Digitally Native.

CryptoPunks is a collection of 10,000 unique collectible characters considered to be some of the most iconic NFTs ever created. No two CryptoPunks are exactly alike, and these viral crypto collectibles have sold at auction for upwards of $8 million dollars. Natively Digital will feature one of the rarest crypto punks ever minted, called CryptoPunk #7523. #7523 is one of nine “Alien” punks and the only one of those nine with a mask. CryptoPunk #7523 was created in 2017 by artist studio Larva Labs. The current owner of CryptoPunks #7523 and the seller in the Natively Digital Sale is Sillytuna, a pseudonymous crypto evangelist and NFT collector. Sillytuna will allocate 5% of the proceeds of the sale towards the crypto artists who are expanding on the work of CryptoPunks and Larva Labs. In addition, 5% of the sale will be donated to organizations to support ongoing COVID relief. 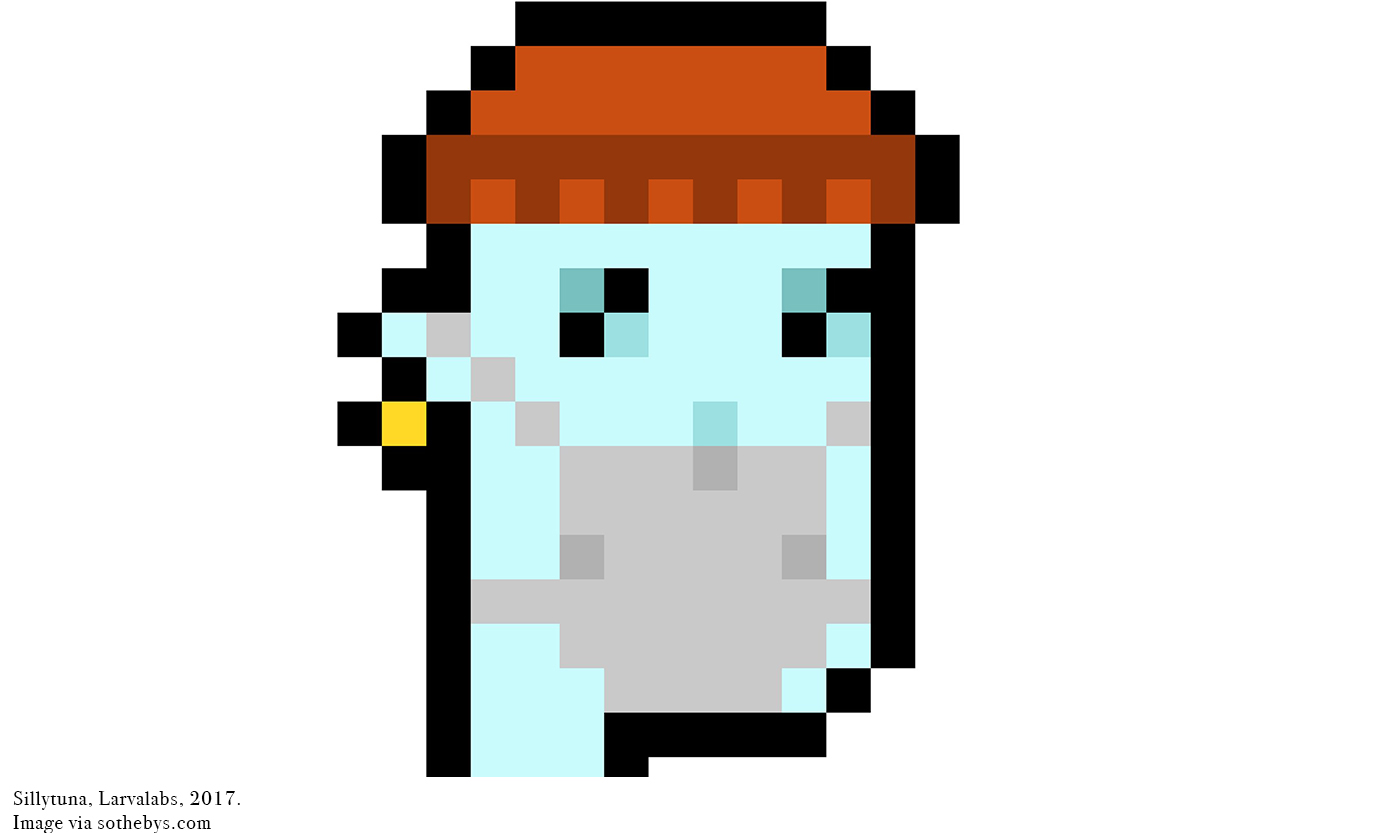 The Shell Record by Anna Ridler

Anna Ridler is an artist and researcher who works with systems of knowledge in order to better understand the world. Her work explores ideas around measurement and quantification and how this relates to the natural world. Her piece The Shell Record is a continuation of her exploration of NFT technology, while focusing its attention on the history of barter and exchange through one of its earliest mediums — shells. The Shell Record will be featured at the digital auction as a series of jpegs of various different shells gathered from the foreshore of the river Thames that form part of the dataset for the moving image which was created using generative adversarial networks (GAN), a recent innovation in machine learning.

News
Young Artists for Sale: Do Auctions Validate Art?
News
The Macklowe Collection: The Most Valuable Art Collection Ever Sold
Investing in Art
5 Of The Most Riskiest Art Collectors