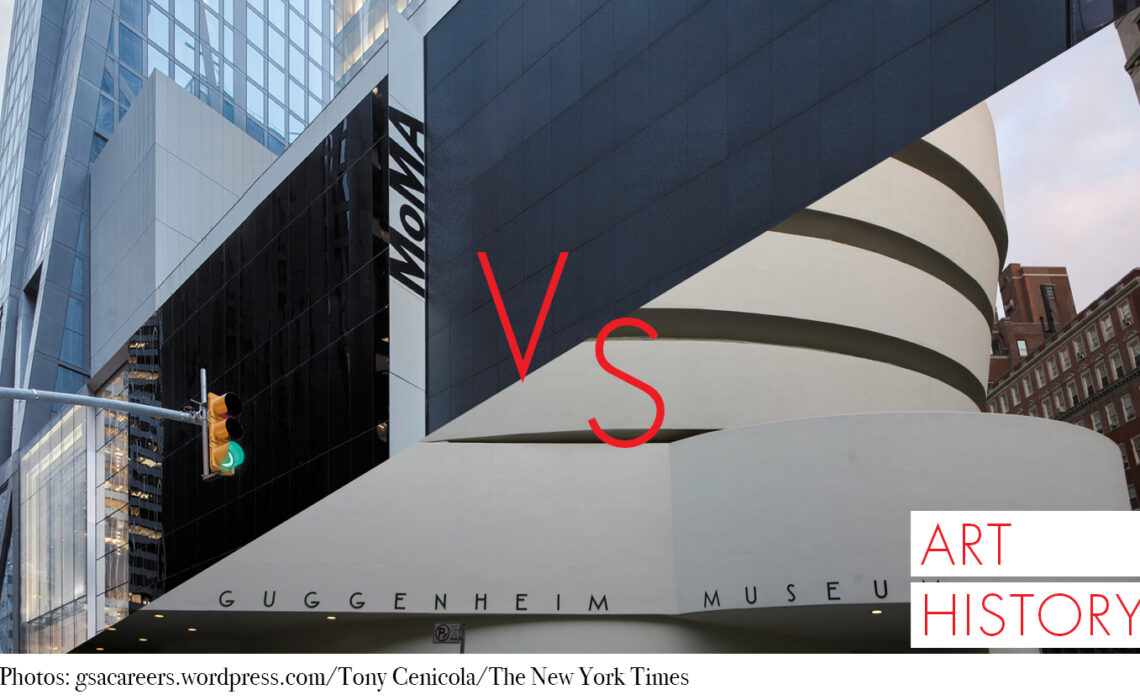 Who has not heard the word MoMA pronounced as a synonym for contemporary art or, better yet, as a synonym for culture?And what can we say about the Guggenheim that was probably immortalized in popular culture for starring on the stages of the films Men in Black and The International? On International Museum Day, we take stock of two of today’s most important visual arts references with different exhibition models. Both venues suffer the consequences of one of the most critical periods in our recent history that has forced them to close their doors. 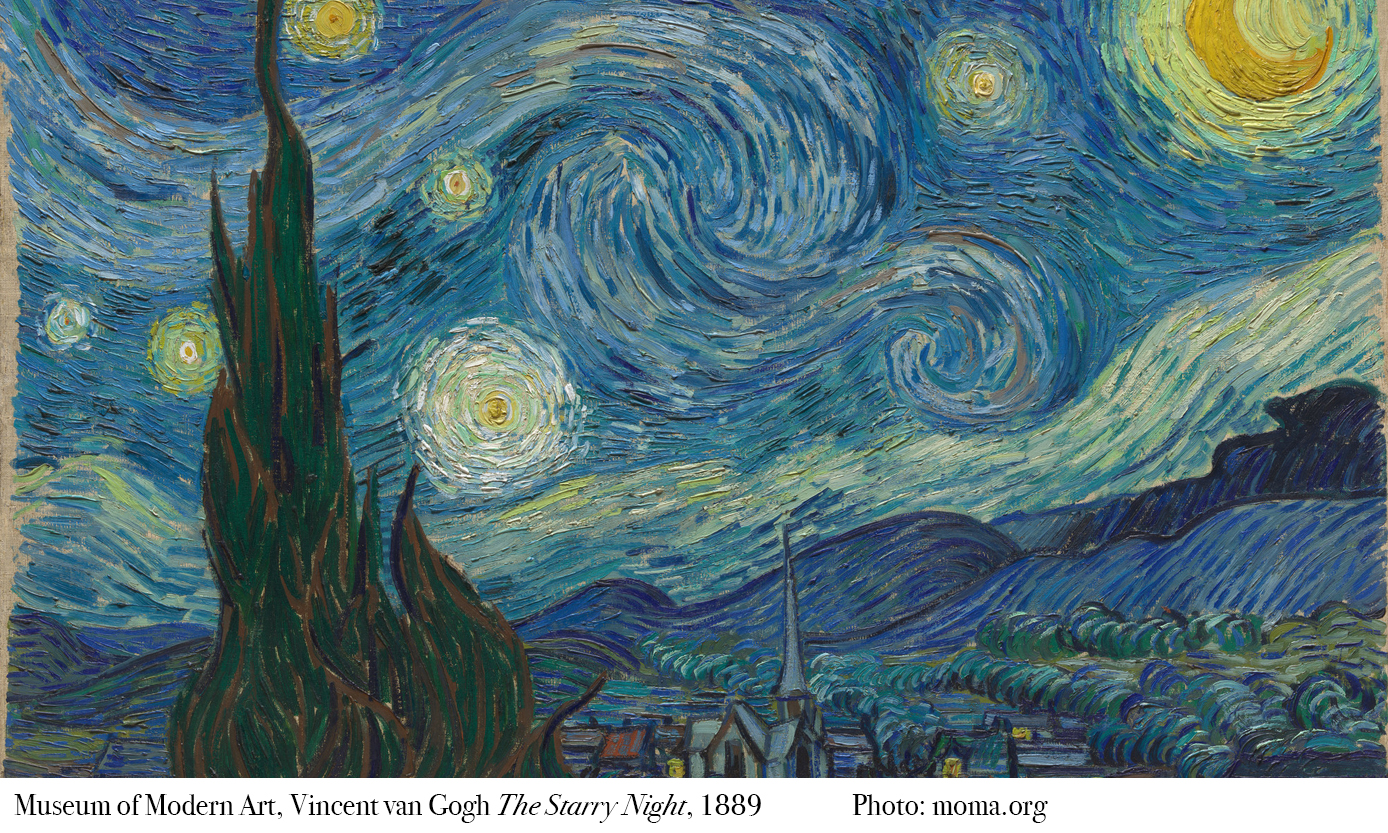 Founded in 1929 by Lillie P. Bliss, Mary Quinn Sullivan, and Abby Aldrich Rockefeller, the Museum of Modern Art is a must-see if you’re on the road in New York. The Guggenheim was born a decade later driven by the artist Hilla von Rebay. Its exhibition model is very different: as if it were a franchise, it tries to be closer to people by replicating its headquarters. There is that of New York, but also that of Venice and Bilbao. And one more is under construction in the United Arab Emirates, and one was opened without success in Las Vegas and the other in Berlin. 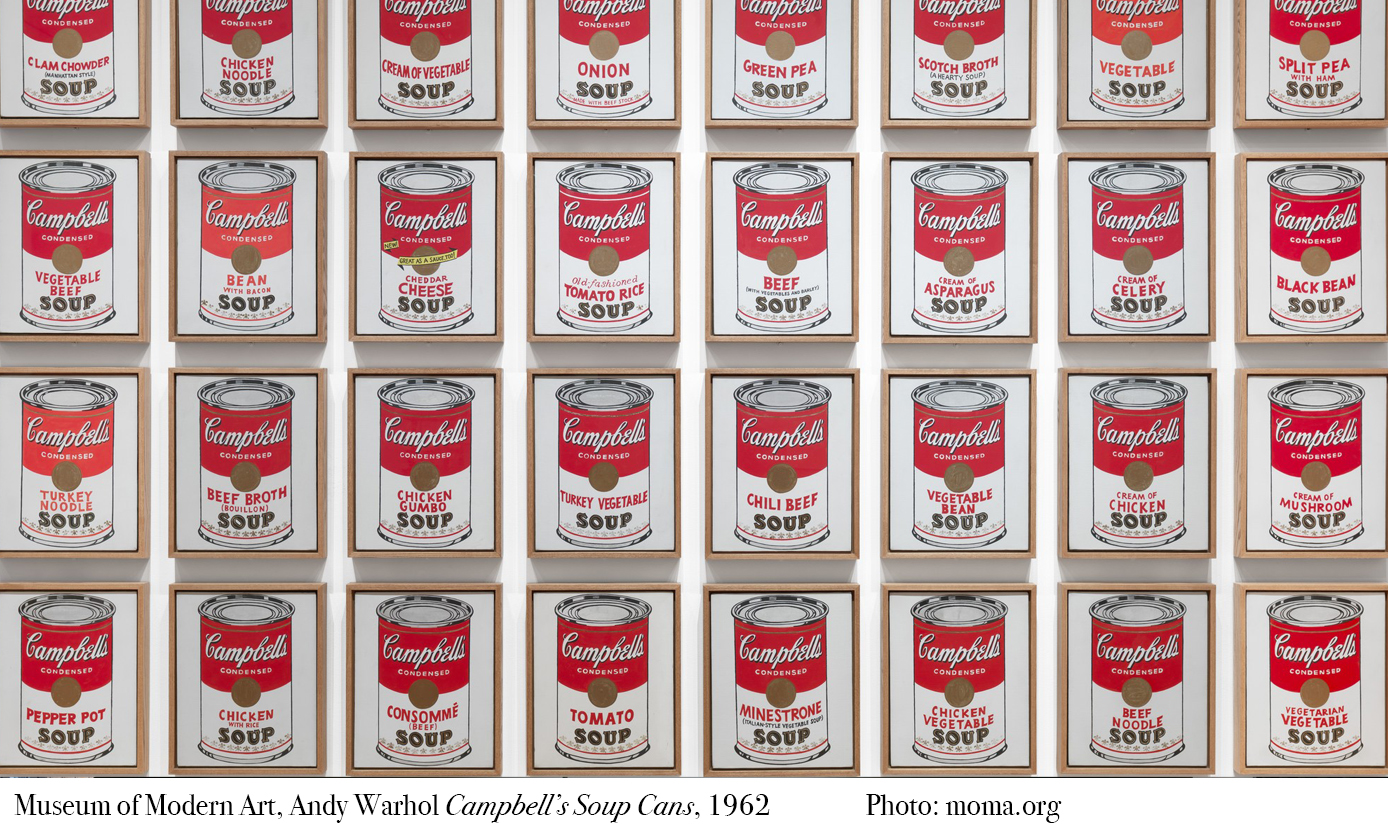 MoMA receives nearly three million visits in a year and has 130,000 members. However, this 2020 projects to reach at most half that number. And although during this pandemic he has offered some free online courses on contemporary art, fashion and photography – which encouraged its advertising in some media – it also fueled social media when it announced that it would fire about 20 percent of its personal due to the economic crisis derived from confinement. The Guggenheim has faced the last few months in a different way. The one from Bilbao activated a digital initiative to upload content about new exhibitions. For example, videos related to Olafur Eliasson’s. 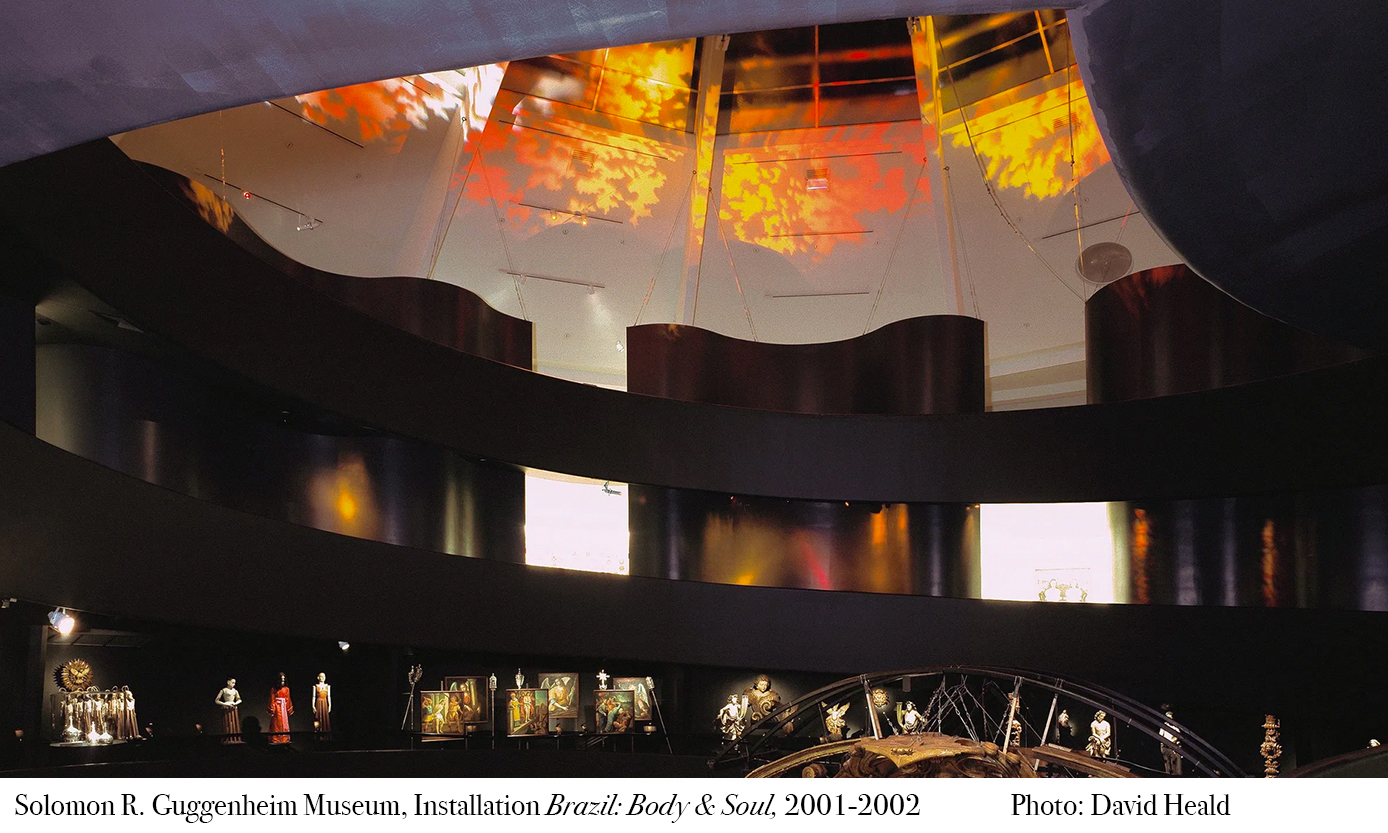 Both venues protect and exhibit the best of modern and contemporary art. MoMA has Starry Night by Van Gogh, Campbell’s Soup Cans by Andy Warhol, The Persistence of Memory by Salvador Dalí, Gas by Edward Hopper and Les Demoiselles d’Avignon by Pablo Picasso, just to mention the main ones. Exhibitions with the same names referred to above are remembered, in addition to Claude Monet or the Chinese artist Cai Guo-Qiang. However, perhaps the most stimulating thing about this museum is its ability to question the meaning of the word art. MoMA does not only define artistic manifestation as pieces produced from the visual arts. Within its heritage there are also works of cinema and video games, which has led to many controversies. For its part, the Guggenheim is a little more conservative and during the period of the late twentieth and early twenty-first centuries it initiated a strategy more interested in money than in art (or, if you want to see it that way, taking the meaning of the word culture in its broadest sense), when it released exhibitions such as Africa: the Art of the Continent in 1996, China: 5,000 years in 1998, Brazil: Body and Soul in 2001, The Aztec Empire in 2004 and The Art of the Motorcycle, one of the most successful in its history. Relevant artists such as Louise Bourgeois, William Kentridge, Olafur Eliasson or James Turrell have paraded through its installations. The latter made an intervention using his research with lights and color to give the museum’s architecture a fresh look. One of the Guggenheim’s most controversial moments happened when it sold invaluable pieces from Kandinsky, Chagall, and Modigliani to raise money for its restoration in the 1990s. 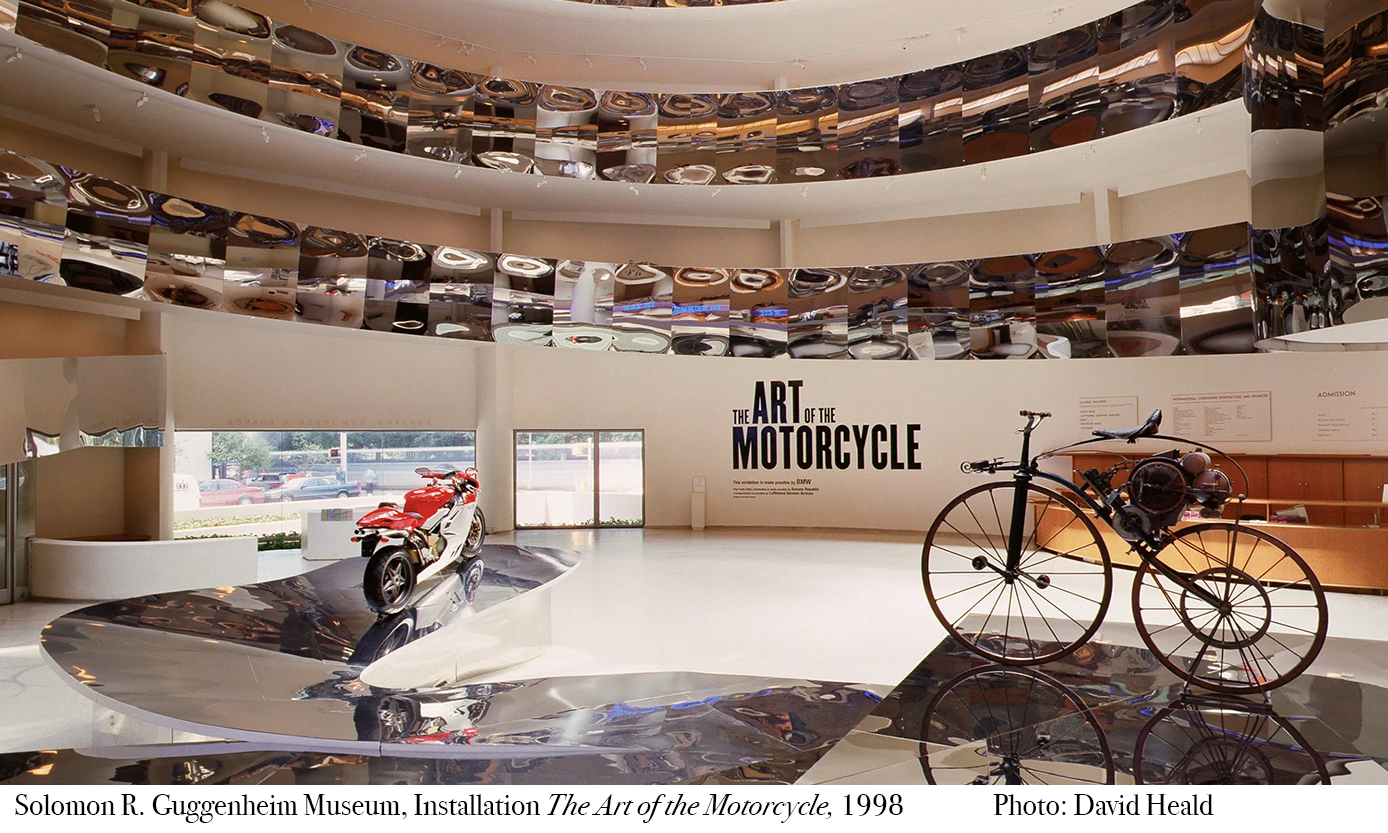 For this International Museum Day, the Guggenheim will broadcast a panel discussion with partners from some of the major museums. MoMA has remained silent.