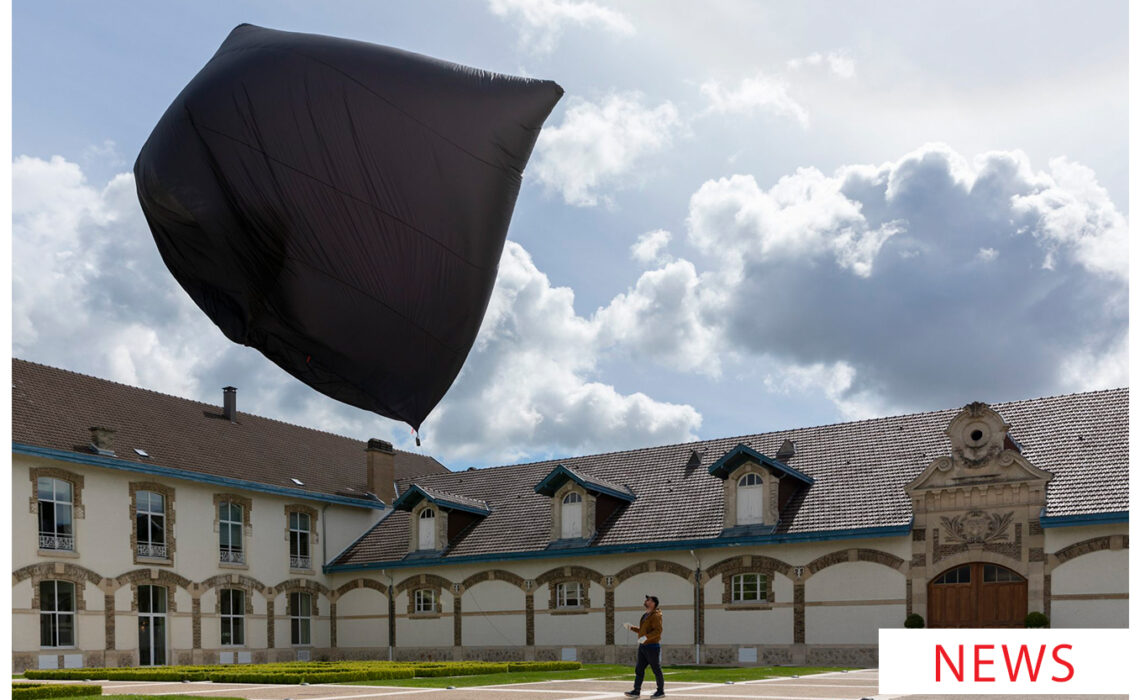 Artist Tomás Saraceno has developed an artistic installation able to fly without fossil fuels. His most recent project is a response to the urgency of the climate change

Tomás Saraceno (San Miguel de Tucumán, 1973) has spent most of his career creating installations that proposes possible alternatives or solutions to the technical and technological developments responsible for the earth pollution and the climate change as well. For his latest project, he has explored the power of solar energy to make a structure float in the air.

Movement (2021) has recently featured in collaboration with Ruinart, the champagne maison historically involved the development and promotion of art. The installation will be permanently placed on the vineyards of the maison located in Reims, France.

Besides using the power of solar energy, the flight of the piece changes according to the atmospheric pressure and the wind. Embodying the utopia of a flight without fossil fuels, this piece of art offers an aesthetic perspective on the importance of air for the development of life on earth. A single degree of additional temperature between the structure and the ambient air is enough to make an inflatable aerosol sculpture fly away, in the same way that a one degree rise in the temperature of the Champagne region disrupts the ripening of the grapes each year… The Argentinean artist reminds us of the extent to which the balance of the earth’s ecosystem is weakened by human activity. 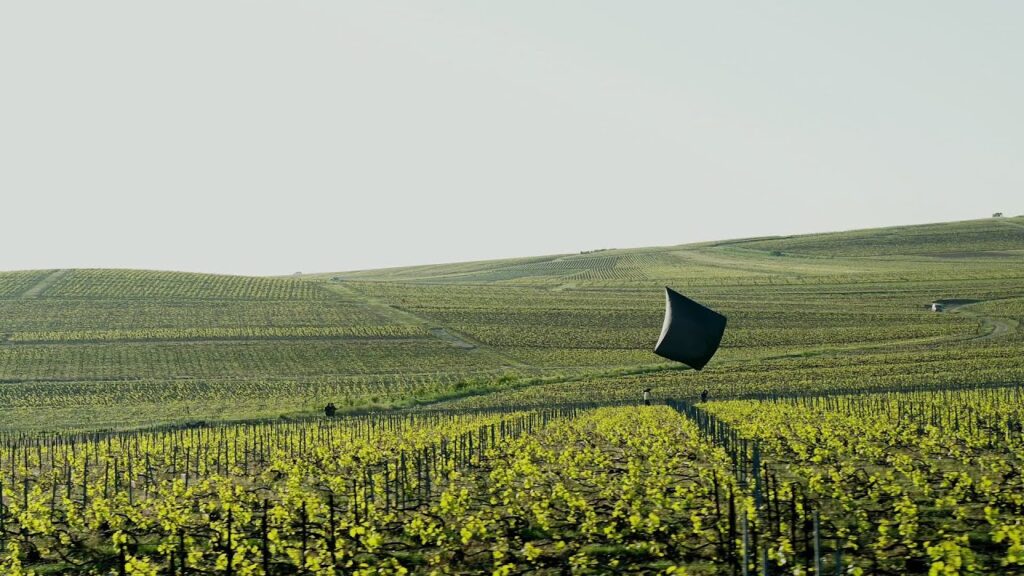 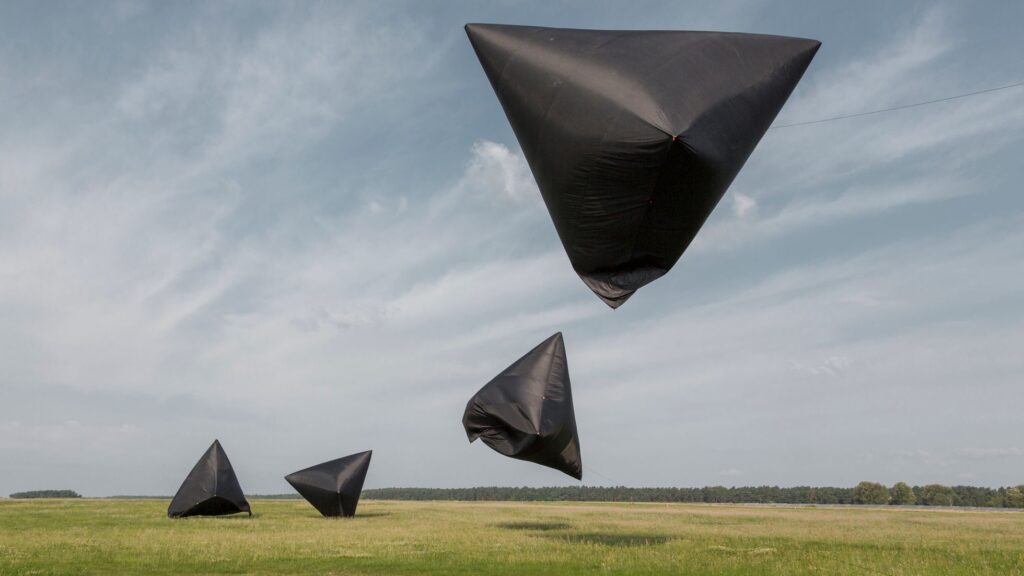 The statement of Saraceno about this project is very clear:

“To be aware of the air is to be sensitive to the environment, to be aware of an element that sustains life, transmits, and carries. Naturally, air evades the senses, occasionally felt as a breeze against the skin, and only rarely made visible as vapour or smog.

Yet, this visibility means the air no longer escapes empirical perception; its natural invisibility has been compromised as humans have increasingly industrialised. Oceans have become filled with debris, the Earth has been covered with concrete, energy is the source of political conflict, and the air absorbs pollutants from every source. This is what is found in the Anthropocene–the proposed geological epoch that commences when human action became the dominant force transforming the environment.

This calls for a new era, a new way of living and relating, independent from fossil fuels, a move into Aerocene – the age of air. Moving in Aerocene is to float following winding trajectories, guided by the wind and propelled by thermal air currents, becoming buoyant only by the heat of the sun.” 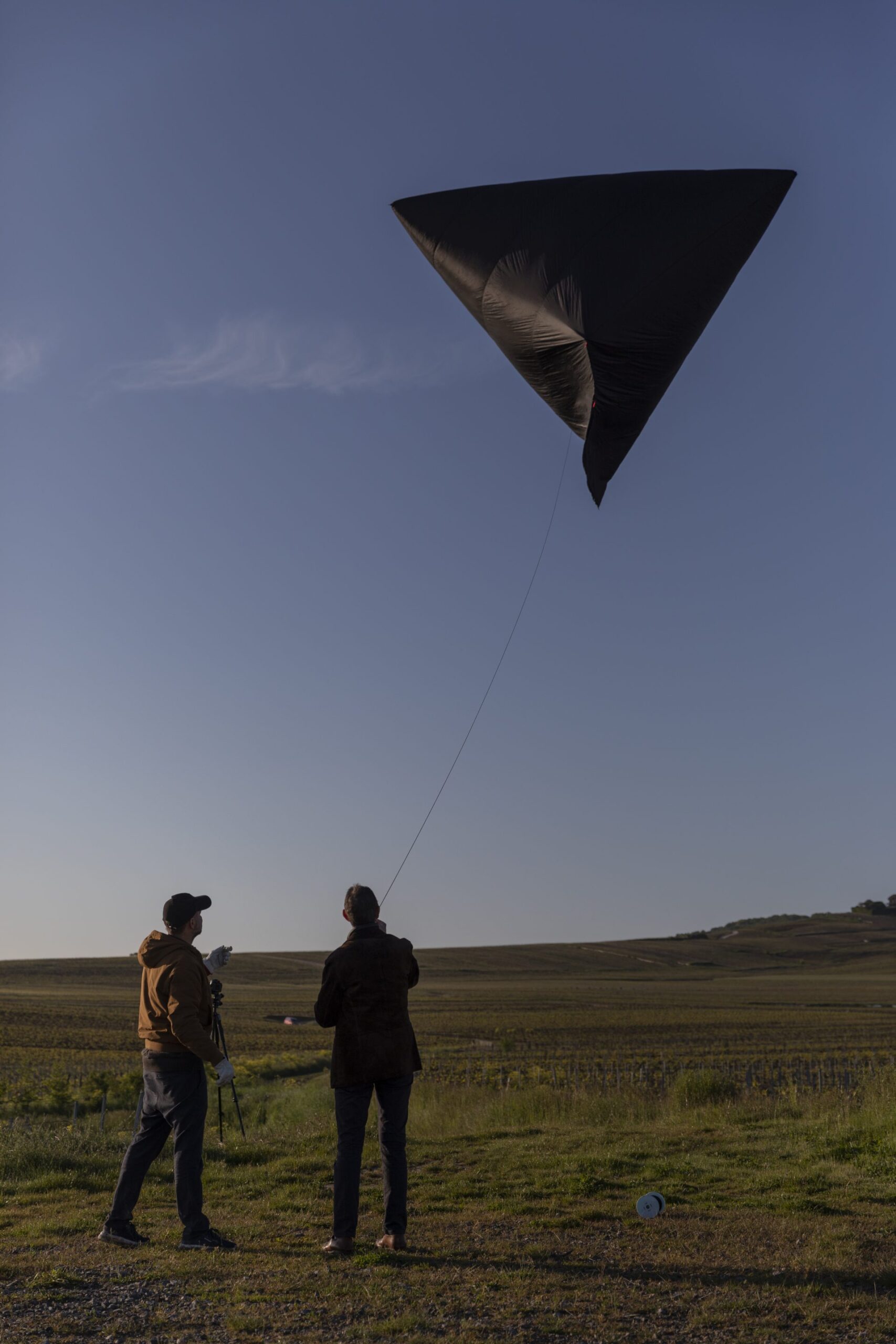 Although the structure won’t leave any material or polluted trace on its flight, viewers can follow its trajectory through a specially designed application working with augmented reality: “Augmented Reality flights offer a renewed way to sense the air, inviting the user to live an immersive experience by visualizing the invisible drawing made by an aero solar sculpture as it flies. You can visit a real location where a flight happened to see an augmented reality Aeroglyph sculpture formed by a site-specific trajectory made with the Aerocene Backpack, or you can transpose a flight to a site of your own choosing”. You can dowload the Aerocene app on Google Play. 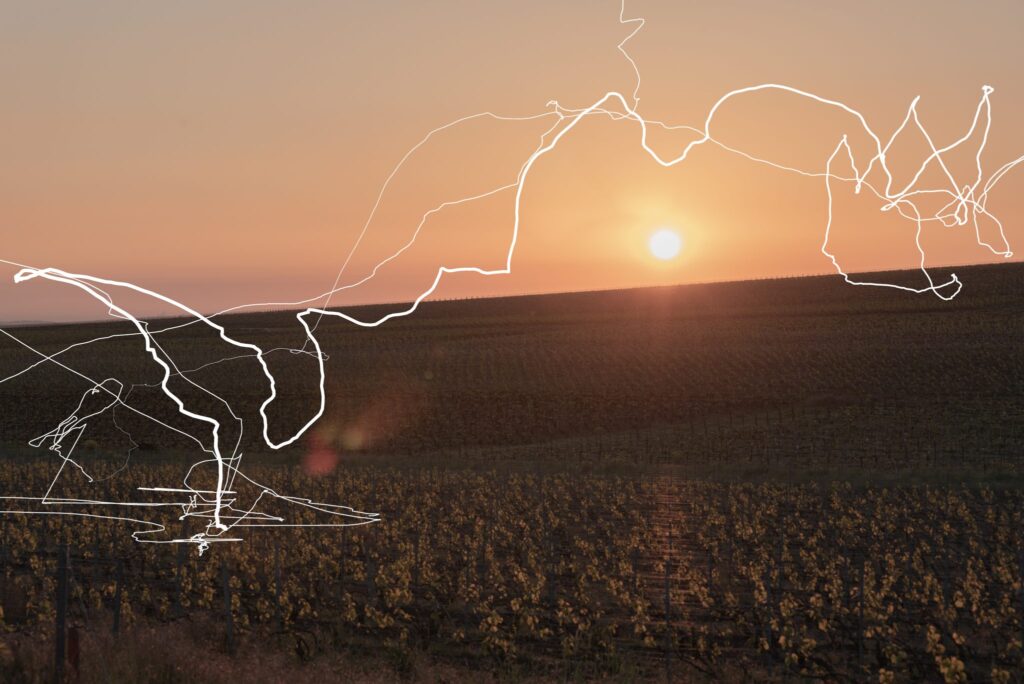 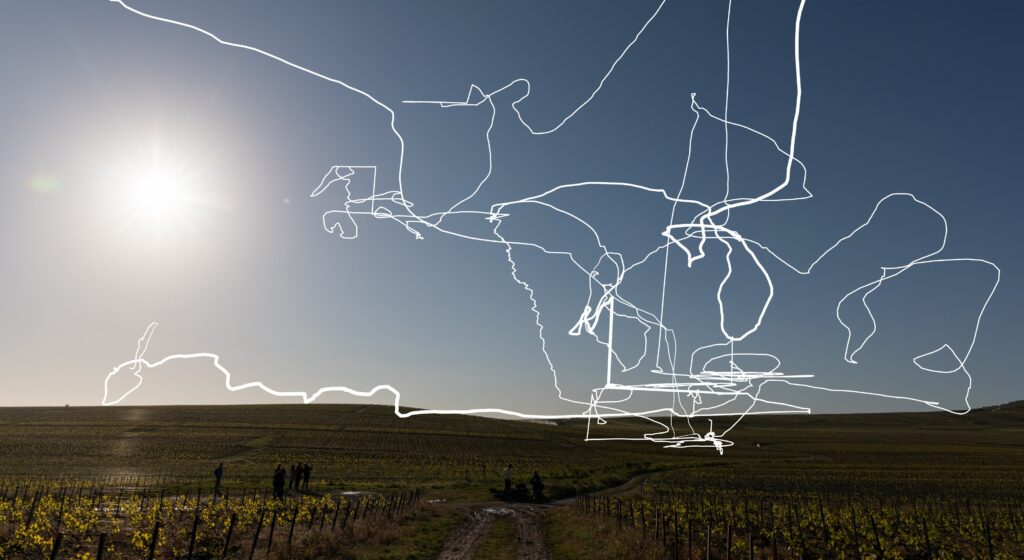