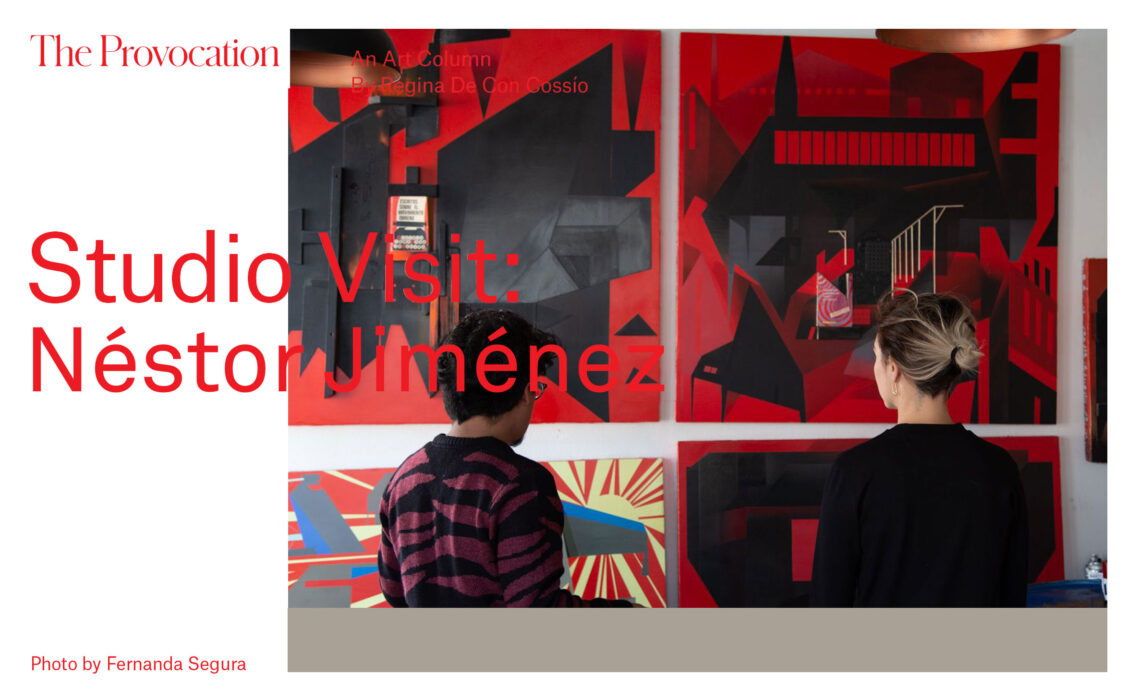 Visual artist, Néstor Jiménez (Mexico City, 1988)graduated from the Escuela Nacional de Pintura Escultura y Grabado “La Esmeralda”. His  work focusses on the relationship between the collective political and historical memory, and social movements that emerged in the late 1980s on the eastern outskirts of Mexico City.

Highlighting the processes that constructed these memories, Jiménez portrays the discursive and iconographic distortion of Leftist (Marxist-Leninist) thinking and how those memories shaped socio-political realities in Mexico by using memory exercises, reconstructed actions and invented versions of historical events.

To represent said ideas, Jiménez paints over recovered materials that are prominent in popular and residual housing in Mexico and proposes distorted versions of the architecture and landscape of the areas as starting points to reflect how the representations of these territories serve as political tools.

Jiménez also attempts to portray the different ways in which violence is represented by official media outlets in order to build an artistic archive that is antagonistic towards the state in regards to the historical development of social mobilization and political tensions that this generates when inserted in private and state spaces.

His work is mainly carried out in painting, video and installation.

His voice sounds strong in his paintings. In those red and black canvases that engage with architecture and economics, as well as in the apparently more colourful ones. A strong criticism and an active reflection towards  class and division, culture and territories can be felt when observing his work.