The Rise of Urban Art 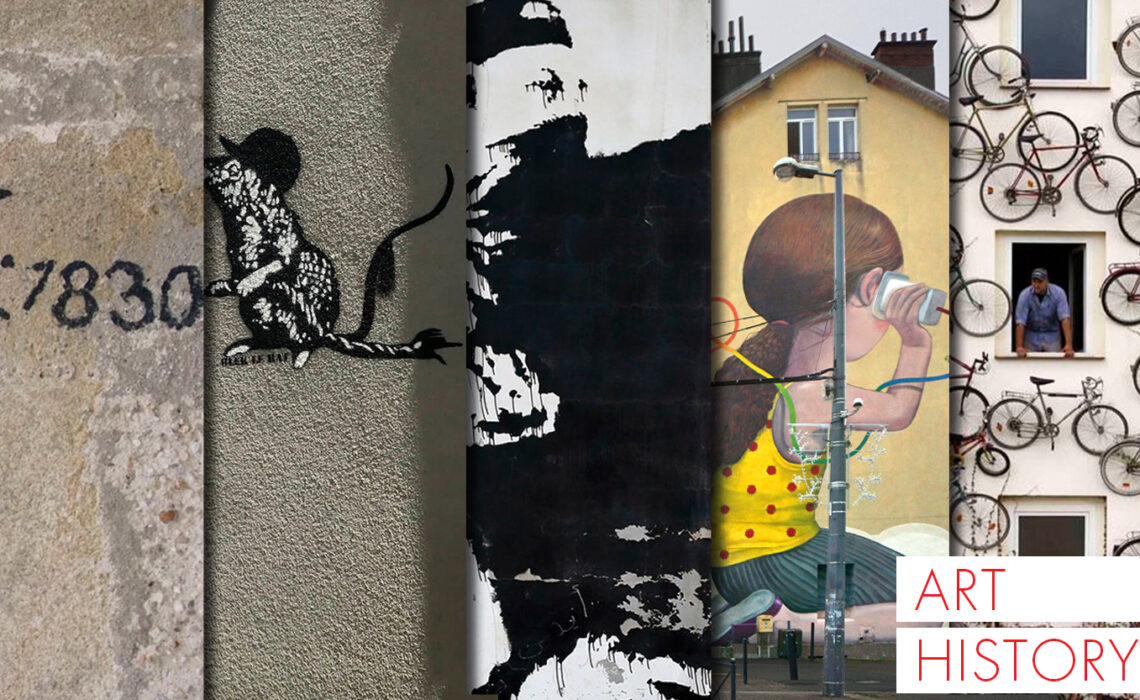 The term urban art, sometimes known as street art, is fast becoming a widely-accepted, and popular form of artistic expression. As an expression of pop art, urban art comes in many styles and tells many stories. From large-scale works in public locations to smaller pieces suitable for private ownership and display, urban art is fast becoming more than just interesting works noticed by passersby. However, this ancient art is an idyllic blend of creativity and articulation, one which may have only recently been accepted as ART but has always been considered EXPRESSION. 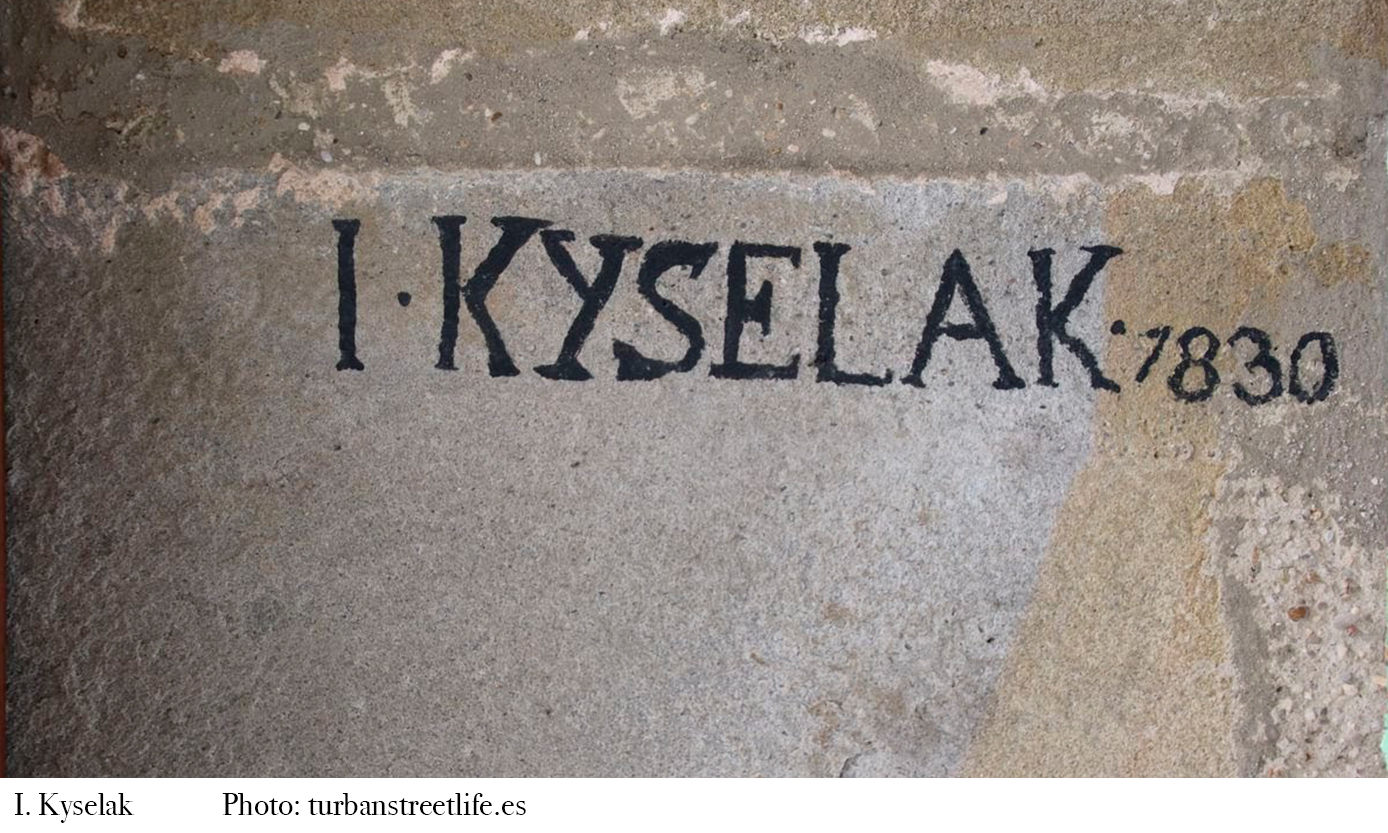 Thousands of Years of Urban Art

Modern man began his artistic journey by painting on walls. From telling stories to commemorating events, art was a method to share history and express opinions. In ancient times, individuals shared poems and tales, along with images in some cases, of rumors and tales, fraught with dissatisfaction and scandal, in public places. Due to the danger of oppression and imprisonment, much of this was done anonymously. Public places were used to express personal thoughts, inform citizens of wrongdoing, and educate community members of happenings. This could be considered the birth of graffiti. 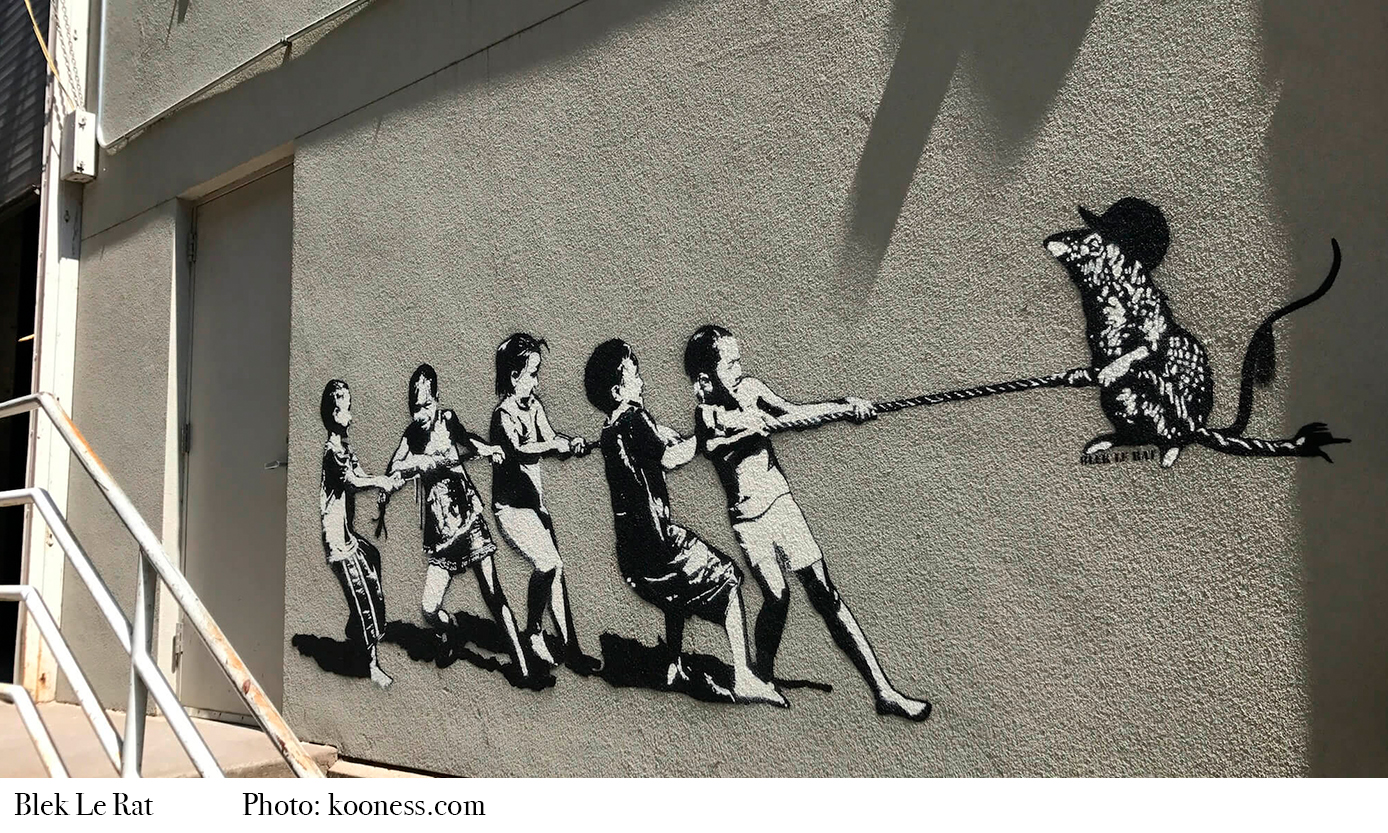 Throughout the 1960’s and 1970’s, a volatile, politically-charged world was wracked with wars, individual right struggles, and general dissatisfaction with governments. In a way to articulate their opinions, young adults took to artistic expression while discovering their own views about the events happening in their world. Over time, this raw, emotional, artistic style gained support, users began to organize, and the application of urban art matured in techniques.

There are multiple factors in the growth of urban art. One early step in urban art progression was the acceptance of notoriety (like Parisian Blek Le Rat in the early 80’s) by previously anonymous artists. Some artists were willing to expand their artworks when a pen name they chose became notorious, and viewers even searched for their artworks. Additionally, the renewed focus on techniques and not just the message of the artworks attracted a larger group of urban artists. As enthusiasts began to discover the aesthetics of the work, urban art received media attention and a growing interest by the public at large.

Collectors, gallerists and other art professionals took notice of the beauty and skill of urban art creators. When Jean-Michel Basquiat participated in the “Times Square Show” in 1980, there was an immediate positive reaction by art enthusiasts; his work stood out, and it led to the ferocious development of a successful career, as Basquiat created artwork at a dizzying pace (doomed in those days of excess). Many urban artists today are much more skilled at balancing their creative initiative with the demands of an admiring market.

Urban art brings art to life for anyone who wishes to experience it. Maintaining a balance of art in public locations and galleries brings allows people who would not visit a gallery to observe works without stepping outside of their comfort zone and into an art gallery, a daunting place filled with mystique to the average citizen. Further, the creation of prints allows collectors to obtain a copy of works seen in public areas for their enjoyment. 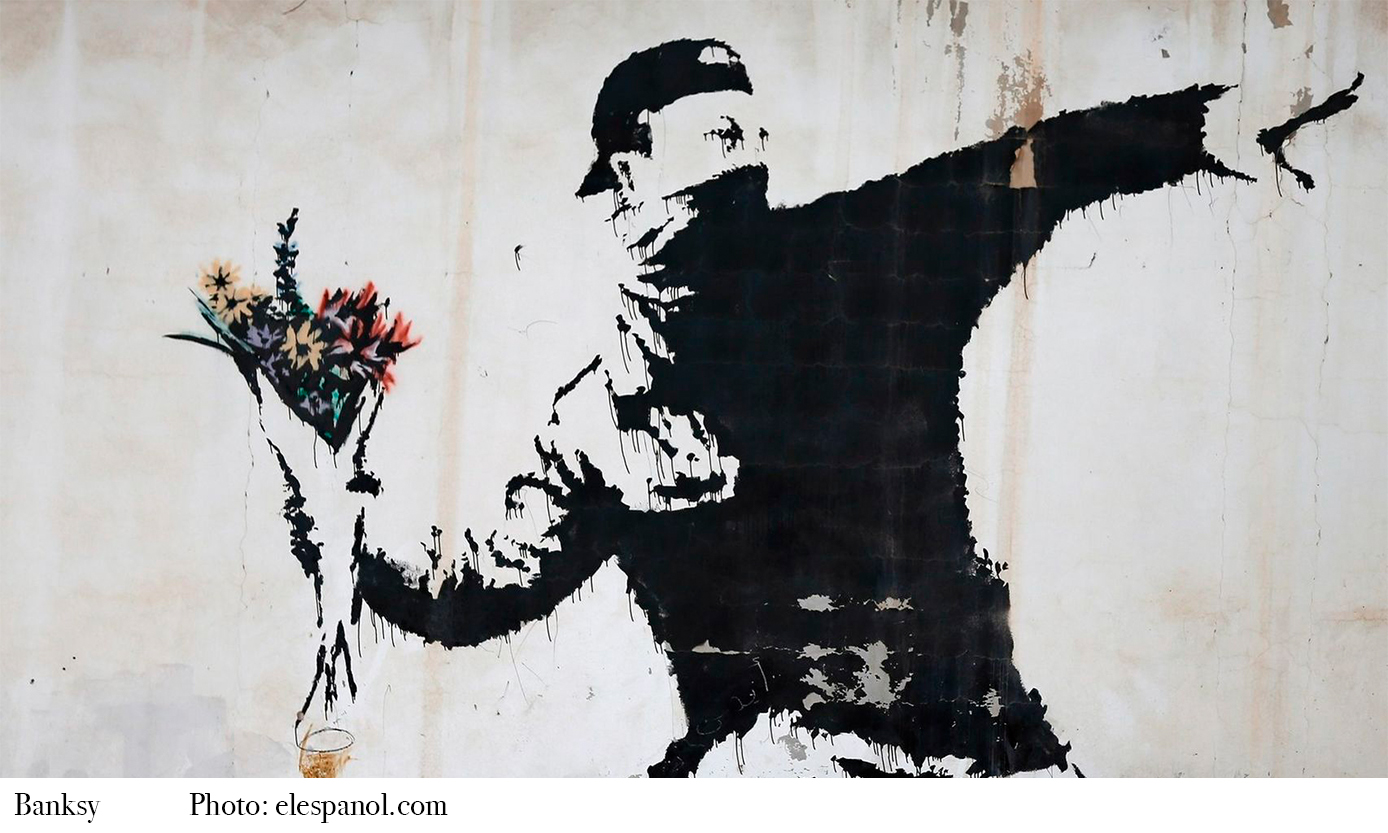 How Urban Art is Used

Urban art takes many forms and serves many purposes. However, the most common uses and use of urban art are:

Direct statements: Whether it be to lay claim to an area, express fear or anger about an event, or to simply call attention to an empty space;

Political expression: Pivotal political events polarize communities. Urban art is often used to express support of or oppose candidates, parties, and specific rulings without fear of reproach due to anonymity.

Disenfranchisement: In a world where many youngsters feel as though they are ignored, urban art provides them with a voice. Whether using pen names, creating works anonymously, or using their true identities, the use of art provides them with the power to make a statement, be discovered by others who share the same isolation, and to be heard.

Transform communities: Like collage artists who used a wide variety of materials to create art, Urban artists used everyday items as their canvases (even public works and buildings). They have been successful in leading the reinvention of neighborhoods which were avoided by businesses of all types. 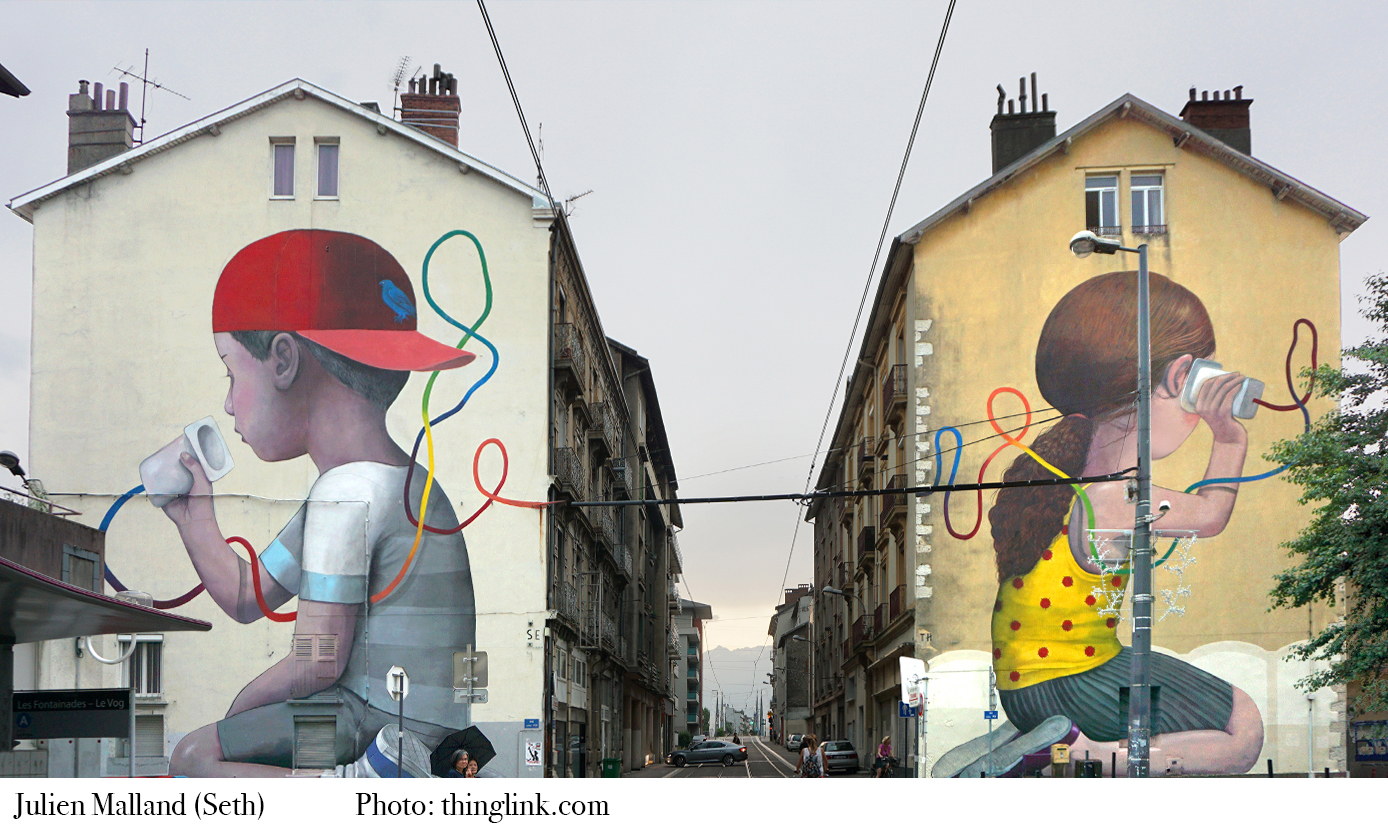 Modern Day Use of Urban Art

Urban art has remained powerful in its ability to raise social awareness and transformative in its move to commercial use. Combined with social media, artists can not only promote goods and services for businesses but promote their work worldwide, furthering the popularity of their style of art.

Today, artists collaborate with businesses to use urban art for product promotion as well as organize in initiatives to expand art awareness and revitalize communities. Worldwide, art initiatives have strived to improve the communities, cultures, and basic lives of people living in all conditions. There are art initiatives whose goals are to strengthen neighborhoods and communities, like the Madrid Street Art Project, whose work on the Tabacalera in Madrid revitalized the old building and breathed new life into the area, as well as international organizations who are dedicated to improving the lives of people experiencing war and poverty in less fortunate countries. The members of these organizations understand the power of art to change lives and communities. 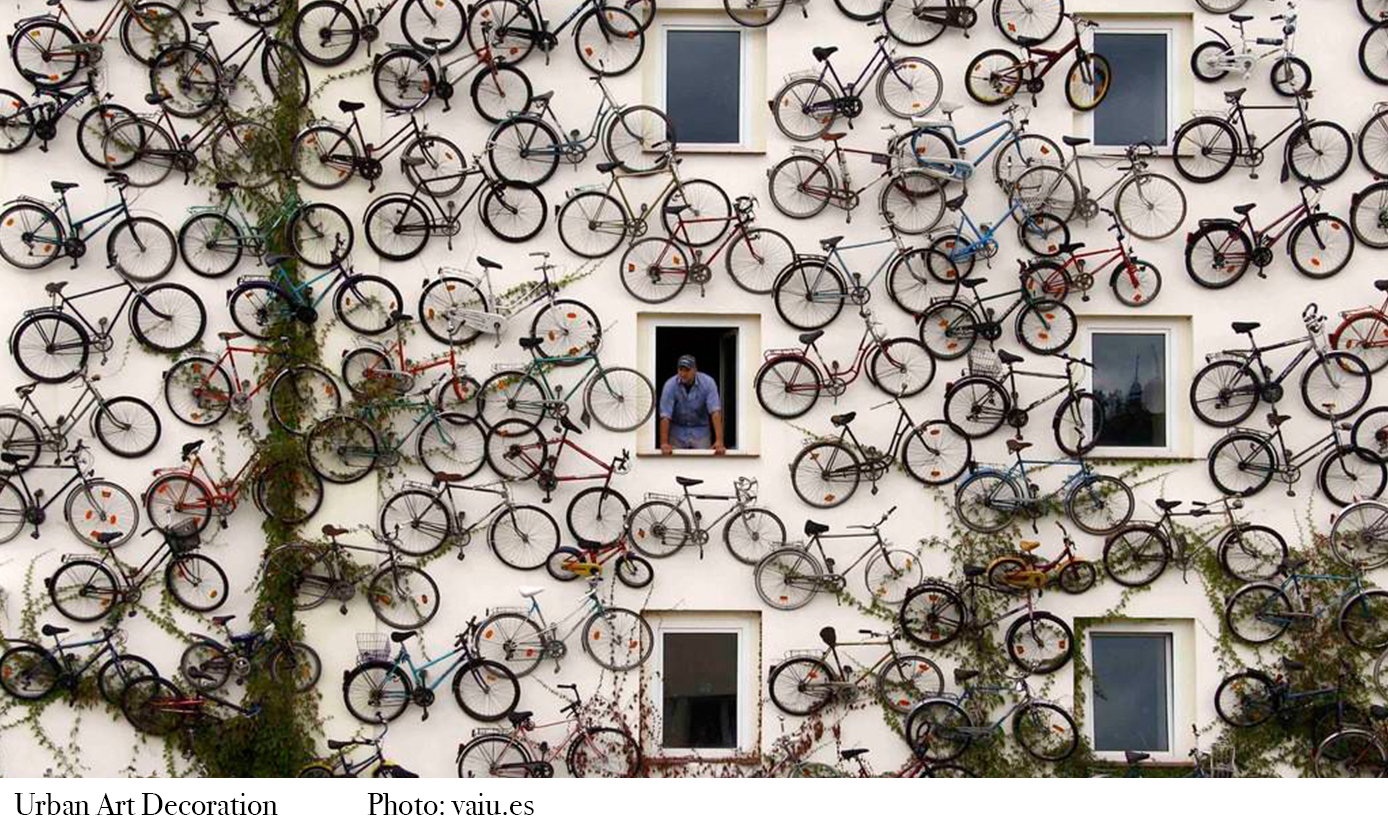 The Power of Urban Art

Not only does urban art provide enjoyment to art enthusiasts offering stories in the expression, but it reaches even farther to revitalize areas with large-scale displays, expand the reach of art to those who may have never considered themselves art lovers, redefining their personal feelings about what makes art, and in some cases, invites viewers to ponder social, economic, and political situations in new formats. Community leaders are beginning to understand the power which urban art has in re-developing dying neighborhoods and communities, and its effect on the perspective of individuals and groups on the community.  Image truly is everything.