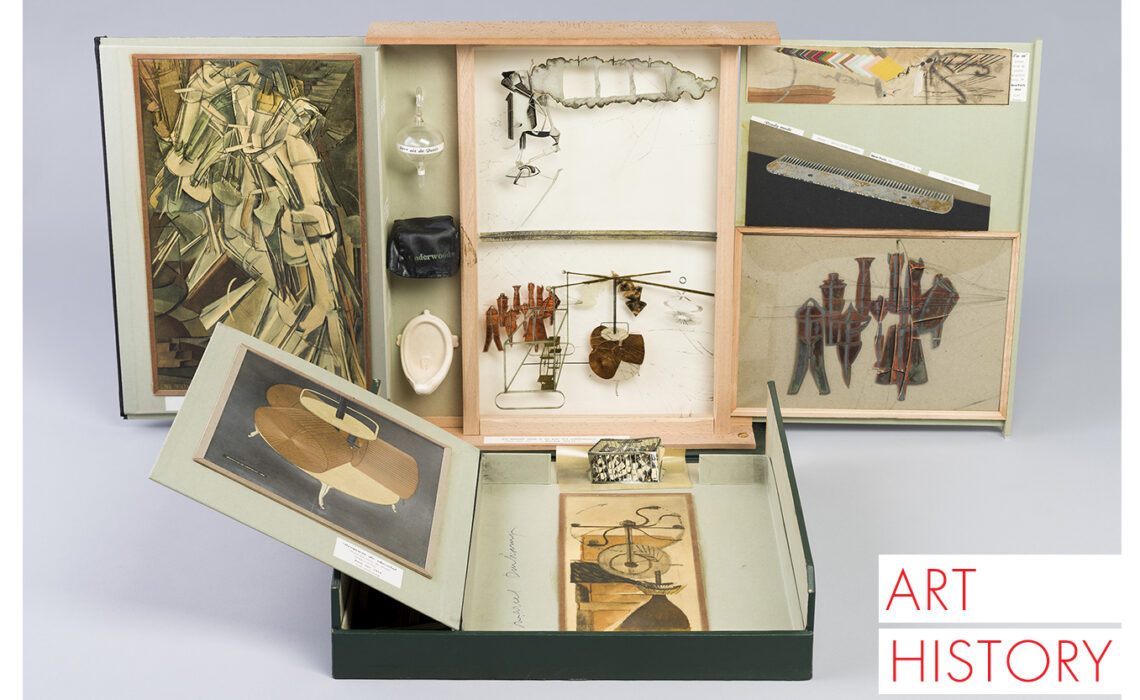 The Anti-Museum: Exhibitions to Go

Between 1935 and 1941, Marcel Duchamp took the museum and the art exhibitions to its more contemporary expression. He took a suitcase to carry on miniatures of some of his most important works so he can exhibit them in any place he went to. Since then, the idea of the museum could change forever but the art institution resisted  and even today museums are still working inside the walls.

Altough Duchamp’s Box in a Suitcase (1935-1941) was one of the first efforts to conceive the modern museum out of the canon, museums are still considered as monuments in which artists and works of art become valuables both for the art institution and history, even when the idea of the “white cube” was left behind years ago. At the end of the story, the propposal of Duchamp ended up being not a curatorial project but just a work of art.

However, in the 60s, German curator Johannes Cladders started working on the concept of the ideal museum. A museum that is not defined by its architecture not even by its history as an art institution. In this sense, the museum for Cladders should be an “anti-museum”:  “The concept of ‘Anti’ in a anti-museum should be understood as the demolition of the physical walls and the building up of a spiritual House”. 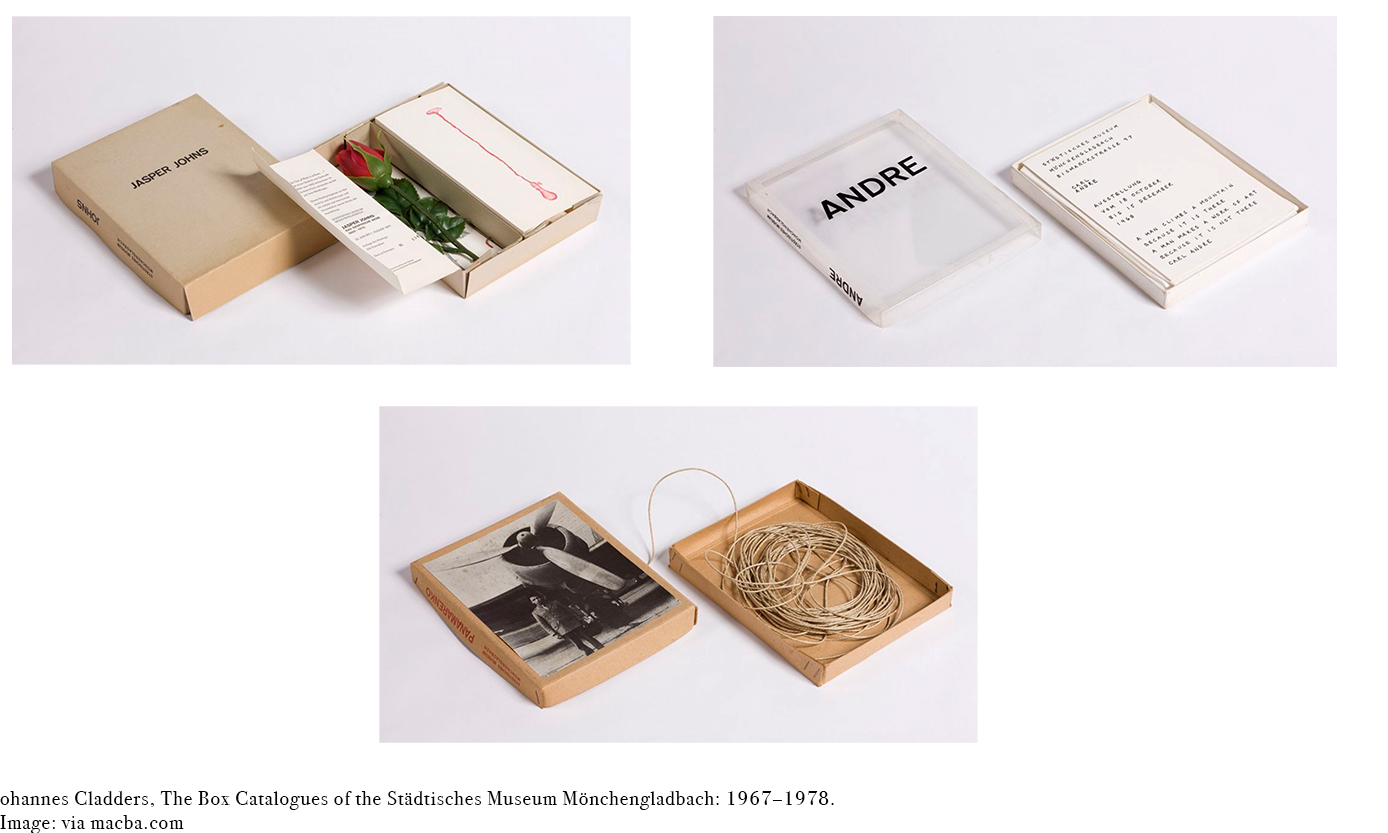 Cladders worked to redefine the significante both of the exhibitions and the musuems. Undoubtely, he was a key figure to revert the conditions of the modern museum and turn them into contemporary spaces. His ideas went to far when he interpreted the work and practices of different artists such as Joseph Beuys, Marcel Broodthaers, Hanne Darboven, Jasper Johns, Gerhard Richter, and Lawrence Weiner. 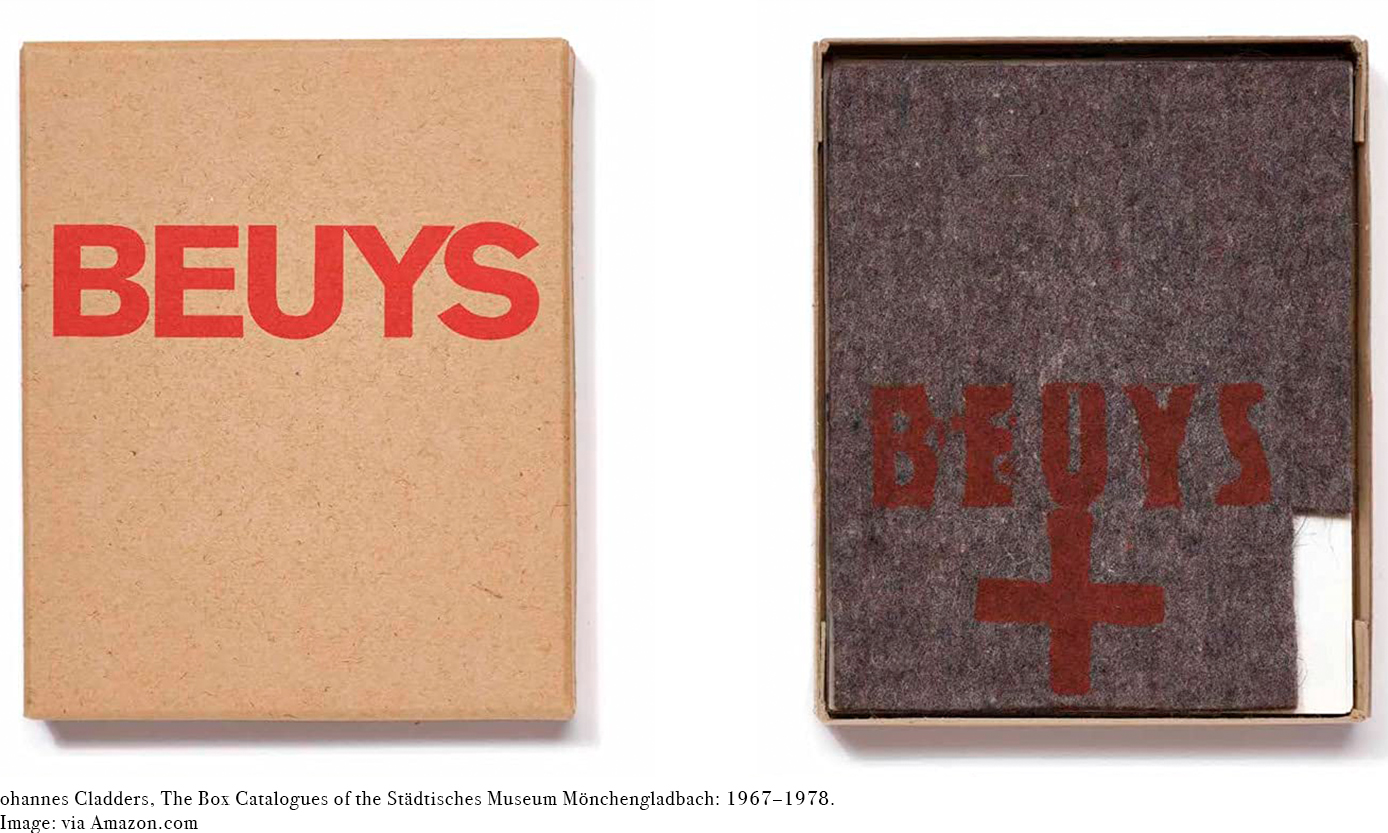 According to Lucy Ives in her article Unboxing the museum, Cladders’ work “were limited-edition boxes, or Kassettenkataloge, which took the place of the usual book or pamphlet. The boxes might contain objects, meaning that members of the public were able to purchase physical pieces of art.” His main objective was to turned the passive viewers into potential curators, collectors and even art critics. Forty years from then, how we could  make Cladders’ propposal a possible way to redifine the museums?

News
Art Work: Artists Working at The Museum
ARTbook
5 Books to Understand The Importance of Materiality in Art
Art Advisory
What Are the Different Types of Art Curator?