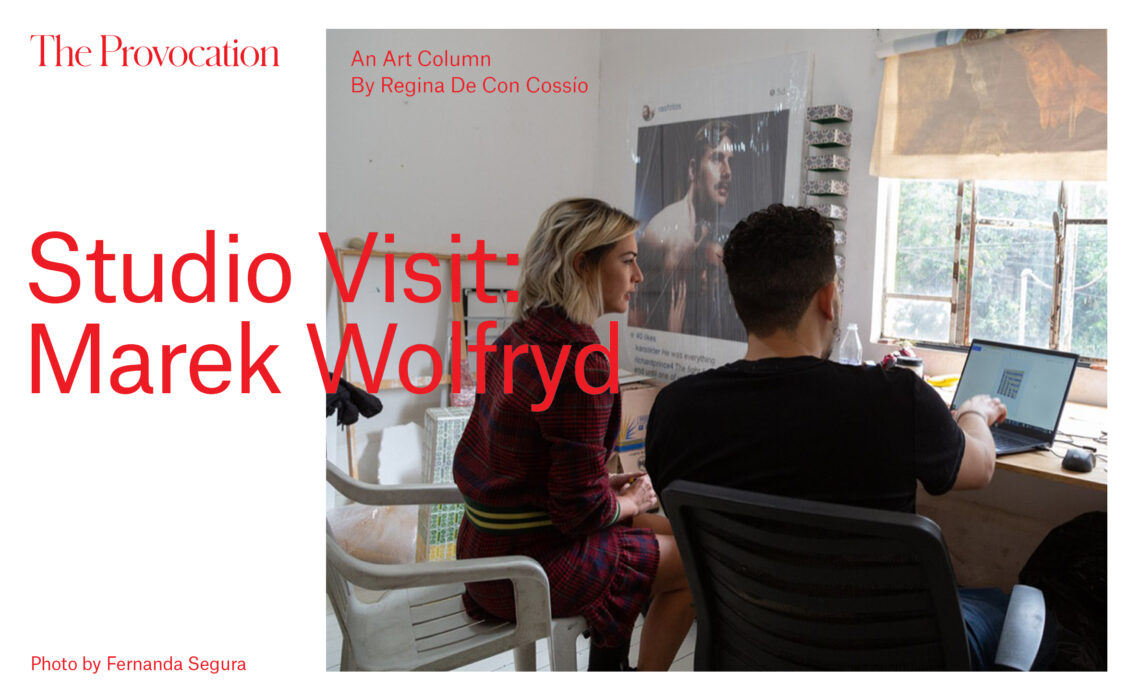 Join us in this studio visit with Marek through an special interview I had with him and a profile about his practice in general.

Recently, I visited Marek Wolfyd (Mexico City, 1989) in his studio in Mexico City. We talked about his processes in making art, the importance that the notion of autorship has in his practice and about some other concepts that sorrounds the majority of his works. The conversation was very detailed and read, actually you can read a full interview to know in Marek’s own words what is interesting for him about art. Their pieces looks at first time as a mix between pop art, pop culture and social media, and despite transmitting an undeniable sense of humor-which is very typical of Marek-, he takes very serious his profession as an artist and the research he makes to create his pieces.