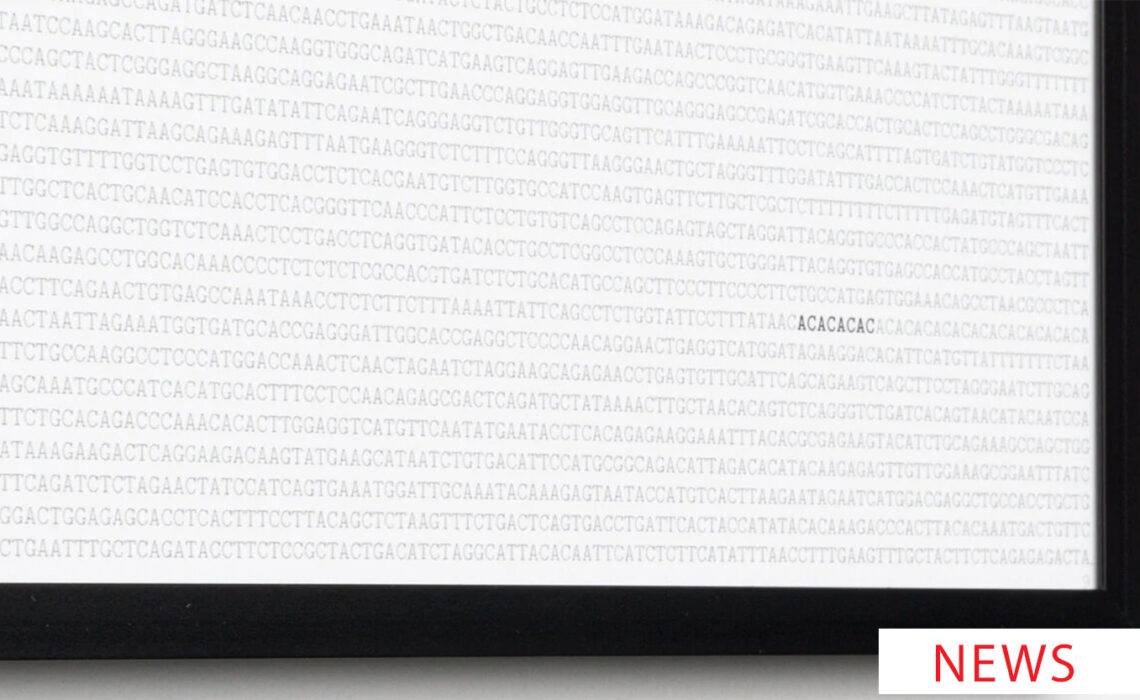 Alicja Kwade: Everything could be a NFT, even DNA

NFTs have had an enourmous impact in both art market and art making. We are not yet sure if this technology is about a temporary trend or if it is really going to change the way in which we conceive digital aesthetics and images in general. In the meantime a new project is exploring the possibilities of turn part of the human body into DNA

END_OF_DOCUMENT_TOKEN_TO_BE_REPLACED 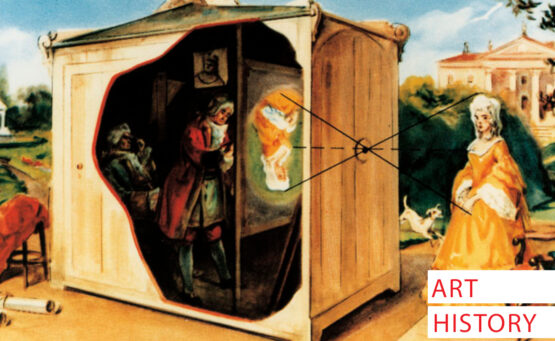 From Da Vinci to NFTs: A Long History of Love and Sharing Between Art and Technology

Both art and technology have always challenging and changing our ways of see and understand the world. It is a common place, when talking about the relationship of these two fields, to refer art from the 20th Century of Contemporary Art as the most technological artistic movements because of the industrial and digital advances. However, art history has flourishing in hand-to-hand with the development of new technologies.

END_OF_DOCUMENT_TOKEN_TO_BE_REPLACED

IN THE PAST two years the world has changed in the most un- usual and unexpected ways. The art world and market were not the exceptions. Although digital art has a long history of at least 50 years of challenging both the forms and conceptions of art, we are witnessing how digital images are more than ever questioning and defying aspects related not only with art but with the aesthetics of the visual, the financial dynamics, as well as cultural and political issues.
Since March, the conversation around digital images has focused on the NFT (Non-Fungible Token), artistic and financial goods that are uniques and irreplaceable, almost like any artwork.

The Highlights of the NFTs

The Highlights
of the NFTs

IN RECENT MONTHS we have not stopped reading and
hearing that NFTs are all the rage. Far from getting on the
trend, we want to highlight some of the most detailed of
the NFTs and mention what their value is both in the art
market and in society in general. Let us remember that NFTs
(Non Fungible Tokens) are not only files that can be turned
into artistic images but also into iconic figures of political,
economic and even sporting moments

The first half of the year surprised us with one of the most powerful news in the
art market. An image of Beeple called Everydays: The First 5000 Days fetched
$ 70 million at Christie’s auction. But it was not just any piece of art but an NFT,
whose collector remains anonymous. Why can an art image fetch such a high
price on the art market? Although the answer is unclear, we must pay attention to
the fact that in the coming years there will be a lot of debate about the copyright
of images that circulate on the internet. Beeple not only managed to put this
work up for sale: he is one of the most active artists in the NFTs market

The first half of the year surprised us with one of the most powerful news in
the art market. An image of Beeple called Everydays: The First 5000 Days
fetched $ 70 million at Christie’s auction. But it was not just any piece of art
but an NFT, whose collector remains anonymous. Why can an art image
fetch such a high price on the art market? Although the answer is unclear,
we must pay attention to the fact that in the coming years there will be a
lot of debate about the copyright of images that circulate on the internet.
Beeple not only managed to put this work up for sale: he is one of the most
active artists in the NFTs market

The Argentine artist who has earned a place as a Wonder Woman
cartoonist made almost two million dollars selling NFTs of images of this
superheroine. José Delbo is almost 90 years old and has drawn in Batman
comics, Transformers and even The Beatles’ Yellow Submarine. At the
auction in March 2021, the most expensive piece was Heroines - Weight
of the World, an animated gif depicting Wonder Woman holding the world
against a backdrop. The piece fetched more than $ 130,000. In this new era
of cryptocurrencies and digital images, José Delbo is one of the artists most
treasured by collectors

We are used to finding Banksy’s name in the headlines of the newspapers
announcing that one of his works reached a very high sales price. However,
this time it appears that Banksy was used to benefit someone other than
himself. The story is as follows: Banksy put up an illustration that is ironic
around art auctions. In the picture you can see an auction that has a caption
that reads something like “” I can’t believe jerks buy this shit.” A group of
cryptocurrency investors acquired the piece for about $ 100,000. However,
the only thing they wanted to do with it was destroy it, so they ended up
burning it. Burnt Banksy - as they call themselves - recorded the destruction
of the work. And later they did an NFT of the event. The NFT was sold for
almost $ 400,000. No more no less.

Probably the most controversial NFT so far belongs to Jack Dorsey, one of
the founders of Twitter who earlier this year put up the first Tweet in history.
The text, converted into an NFT, reached 2.9 million dollars. It was acquired
by Sina Estavi, CEO of Bridge Oracle. A good portion of the proceeds was
used to combat Covid-19 in Africa

Made by a team of around 70 artists, Hashmasks are heavily inspired by the
work of Jean-Michel Basquiat. Specifically in his work in New York during
the 80s. Each of the pieces that make up this collection is a kind of unique
and collectible portrait. So far more than 1,630 portraits have been created.
Buyers are free to name the NFT they are purchasing by the name that best
suits them. It is as if a collector of a piece of art has the power to name it as
soon as they pay for it. One of the art processes that NFTs are changing

Surely you have come across this meme in a Facebook or Instagram
post. The 2013 dog meme became so famous that a short time later a
cryptocurrency adopted its image as a badge. The thing did not stop there:
in 2021 Elon Musk asked through his Twitter account if Tesla should accept
and invest in DogeCoin. The answer was an accelerated inflation of the
currency that reached unimaginable values. Well, just a few months ago
the meme was turned into an NFT and sold for about $ 4 million. The world
seems to go upside down and get more and more absurd

The NBA and sports at NFT

If the National Basketball Association has led some of the most important
social and political movements in sport today (such as its intervention in
Black Lives Matters) it has also done so in terms of publicity and profit
generation. NBA players have immortalized iconic classic plays of this
sport by turning them into NFT version stickers (the same thing that has
happened in soccer). The bet has been a success by involving basketball
fans who are already used to dealing with virtual images through video
games

The most recent album by rock band Kings of Leon, When You See Yourself,
was released in traditional formats but also as NFT. The idea of the band is
to offer through this format gifts for fans: hidden tickets to preferential places
at concerts, exclusive illustrations, etc. The Kings of Leon movement is very
similar to what Radiohead did more than 10 years ago when they released
one of their albums giving the public the opportunity to donate what they
saw fit. Even with the possibility of not donating anything

Rick and Morty by Justin Roiland

Rick and Morty by Justin Roiland
The famous creator of this television series that mixes animation with
science fiction and the absurd sold 16 pieces of NFT’s Rick and Morty for
more than 2 million dollars. Roiland summed up his interest in a genuine
Tweet: “The best I could do. Testing the boundaries of crypto art. What
makes something valuable? The art? The artist? The process? The state of
mind while created? The intention of the piece? Feeling really good about
this collection. 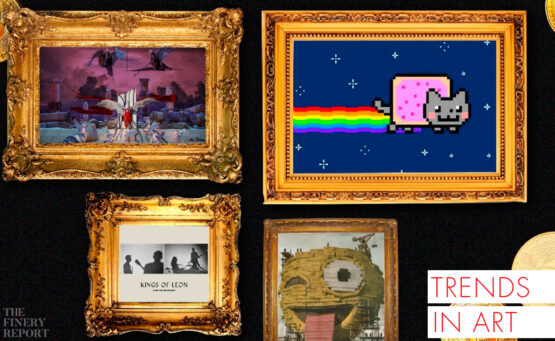 How To Create an NFT Work

The art market raised alarms in March when the artwork EVERYDAYS: THE FIRST 5000 by Beeple (a digital image converted to NFT) sold for nearly $ 70 million. Both artists and agents around the world turned to face to ask: and how the hell do you turn a digital image into an NFT to become a millionaire? The situation is more complicated than it seems.

END_OF_DOCUMENT_TOKEN_TO_BE_REPLACED 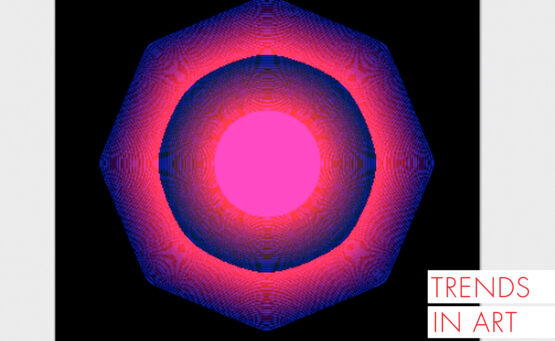 The auction house Sotheby’s is taking advantage of the NFTs trend by accepting cryptocurriencies and hosting special sales of NFTs. In its own words, this is a new art market who is setting new rules for selling and buying both physicall and digital art.