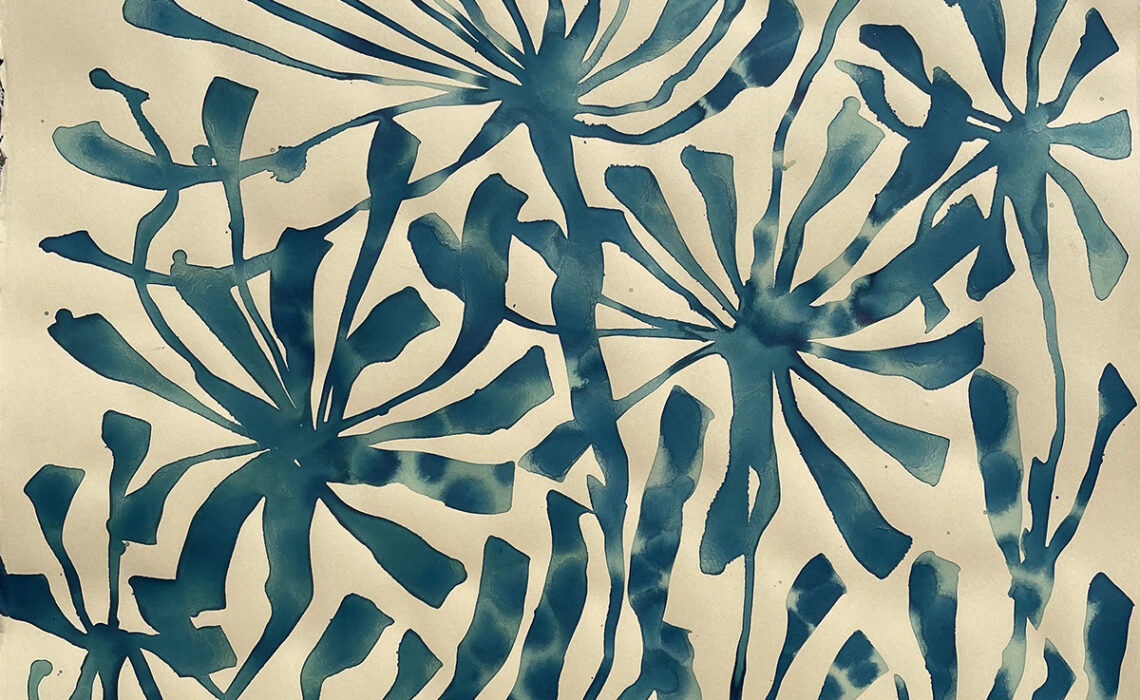 Saif Senussi Azzuz was recently acknowledged as one of the top 11 influential Native American artists on Artsy, thanks to his exploration of the land and the two territories that saw him born and that built his identity.

Azzuz (Eureka, California, 1987) is a Libyan-Yurok artist who resides in Pacifica, CA. Working on canvas and paper with a variety of materials, and on recovered wood slabs, Azzuz uses a series of personal gestural marks and an iconography derived from the traditions and native land of his people. His work reflects the resilience of Indigenous cultures and the importance of a connection with the land, while simultaneously confronting the history of colonialism and Manifest Destiny. 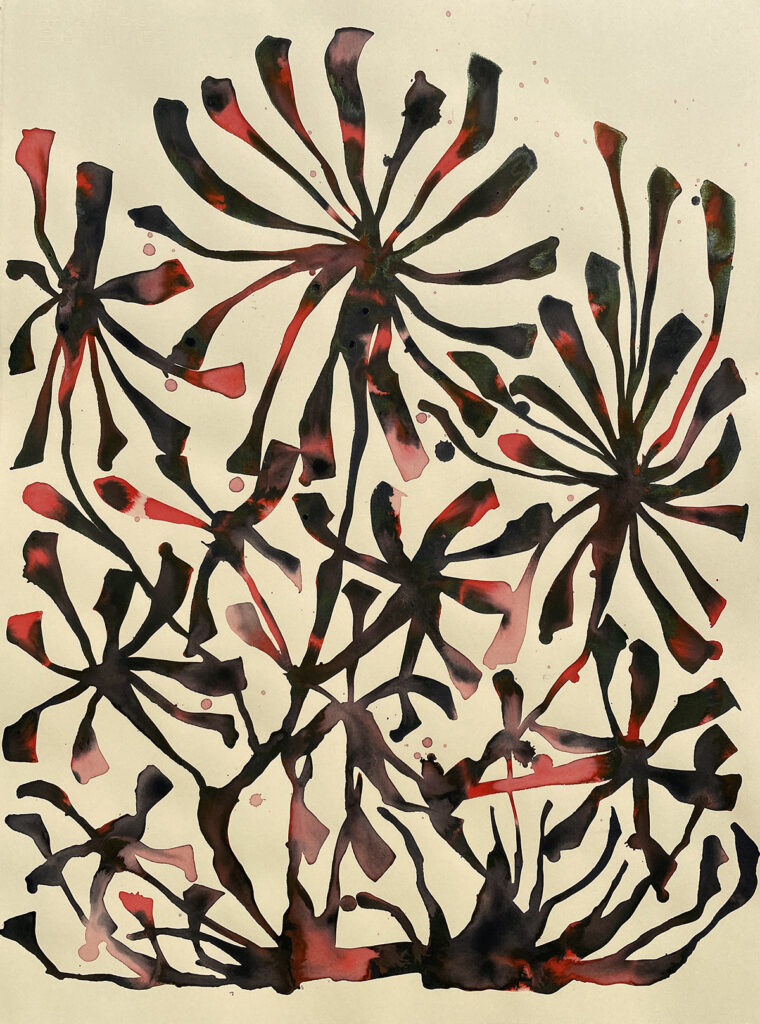 Saif Senussi Azzuz, I couldn’t hear anything, 2021, acrylic on paper,

In these two paintings on paper, Azzuz takes inspiration from both his Libyan ancestry and the Palestinian poet Mahmoud Darwish’s poem, The Second Olive Tree. In this poem the olive tree is seen as an enduring and noble spiritual force, sustaining human life through its gifts of olive oil and wood, even while it is threatened by the violence of modern warfare. The work in this show is in direct conversation with the resilience and rootedness of the olive tree and the Palestinian people’s intimate long-standing relationship with them. 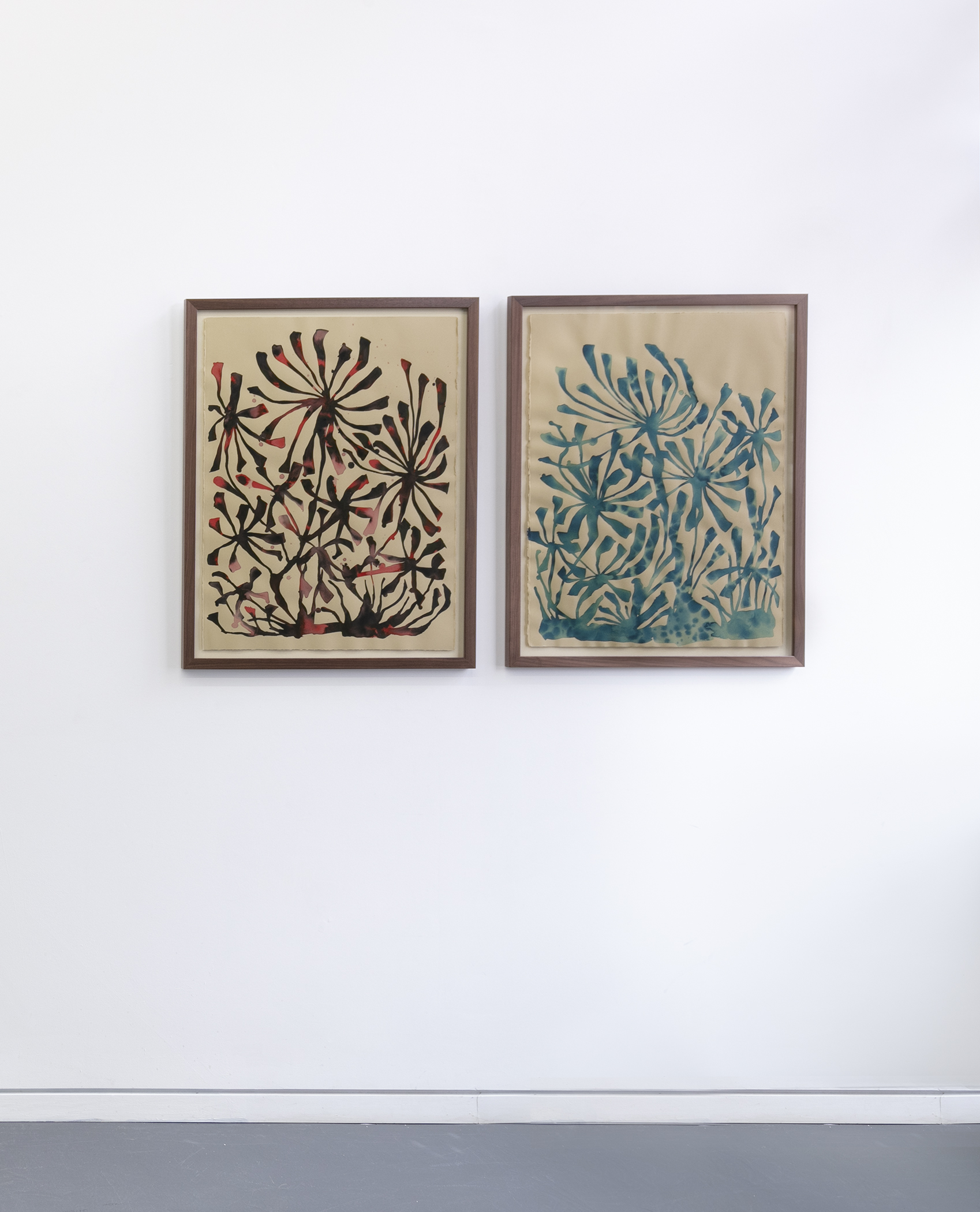 Azzuz investigation about native lands and cultures are not related with the recent interest to explore topics around postcolonialism or the art of Indigineous artists-which has becomen kind of a trend for the art market or instituions-, neither to give voice or make visible to this communieties, but to explore the contradictions in the territory in whom he was raised and the key role those lands has have in historical, economical and political terms. In times when the protection of the private property has become an excuse to preserve capitalist and nationalist ideologies, he has approached to this topics to reveal the paradoxs of the land. A land that belongs to nobody. 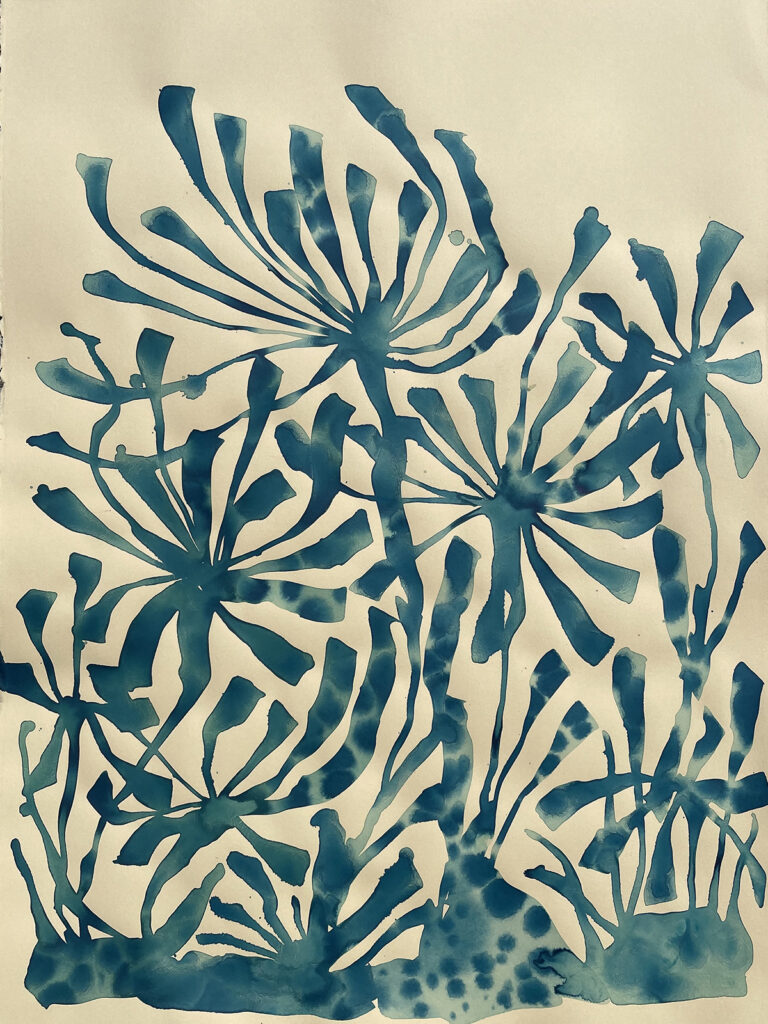 Azzuz has exhibited widely in the Bay Area, including exhibitions with part 2 gallery, Adobe Books, Ever Gold [Projects], NIAD, and 1599dt Gallery. He is part of the Clarion Alley Mural Project and a Facebook Artist in Residence program. Azzuz will have solo exhibitions in 2021-22 with Rule Gallery in Denver, Jack Hanley Gallery in New York and Anthony Meier fine arts in San Francisco. Azzuz shares his home and studio in Pacifica on Ramaytush Ohlone land with his wife Lulu and their two children, who provide innumerable inspiration and support for the artist