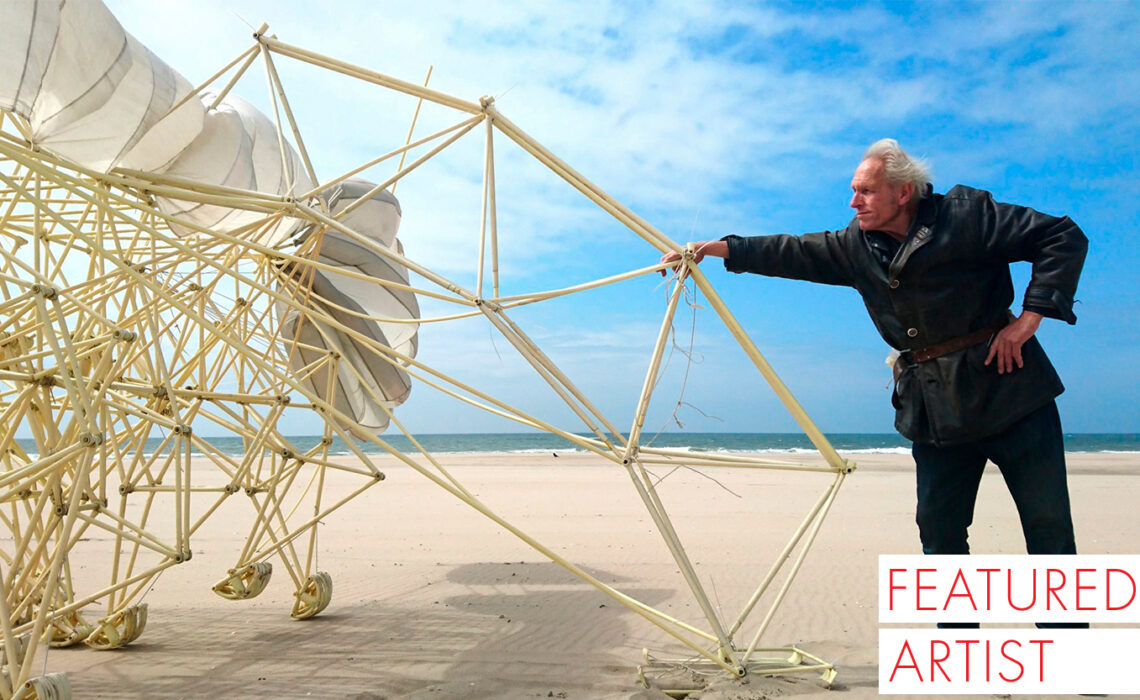 For over two decades, Theo Jansen (Netherlands, 1948) has worked with the relation between art, physics, technology and aesthetics. He is one of the most important artists working with the methodologies and tools of this disciplines while creating an interesting approach to artistic projects based on the engineering of physics.

Through a multidisciplinary approach, Jansen has created amazing kinetic creatures that takes science and engineering beyond it limits through art and imagination. After reading in 1986 “The Blind Watchmaker” by the evolutionary biologist Richard Dawkins, Jansen got fascinated with the theory of evolution and natural selection of species. That is how, in 1990, he decided to use his engineering knowledge to work on artificial beings and beach beasts, in what he has called “a new form of non-biological life”.

Although engineering has use in art for centuries, Jansen still believes that “the border between art and engineering exists only in our mind”. Jansen has succeeded in bringing non-biological creatures made from industrial materials to life that evoke the impression of living beings for the viewer. Jansen calls his constructions “Strandbeests” because he creates them for the specific environmental conditions of a beach. The idea behind this famous machines comes from a computer program that he developed in 1991 and that has become fundamental part of his creatures. The systema has had such an impact that the NASA invited him to be part of a think thank devote to develope a nd propose potential projects for futur space missions to Venus.

According with information of the Frankfurter Kunstverein: “Jansen uses yellow plastic tubes, cable ties, and plastic bottles as raw materials in his work. Each “leg” has a crank system with 11 tube parts. The tubes are perfectly coordinated so that the creatures’ movements glide along a horizontal line. By storing wind, the kinetic structures can even move without an external energy source for a short period of time. Wings pump air into empty PET bottles that serve as the creatures’ body parts. The proportions of the tubes are pivotal for the motion sequence. The creatures’ so-called “brain” consists of a step counter based on a binary system that allows the sculptures to interpret and respond to their environment like primitive creatures. “Umerus’” system is based on a series of empty bottles filled with air. When the creature enters the water, the bottles fill up with liquid instead, changing the function of the binary system and reversing the running of the machine. This is how “Umerus” perceives its location in the world; it locates itself in a certain position and derives an idea of ​​where the danger of the surrounding sea is, as well as the remaining landscape. In a general sense, one could speculatively ask whether the machine produces its own—albeit simple—conception of ​​the world.”

Jansen studied engineering and sciences at the Technical University Delft.His creatures have been exhibited all around the world, from Mexico to Australia, in some of the most important museums and art festivals of sciences and technology.

For further information, have a look of the exclusive interview with Theo Jansen by Sybaris here.