After 60 years of being imagined by artist couple Christo and Jeanne-Claude, the Arc de Triomphe in Paris will be wrapped in 25,000 square meters of recyclable polypropylene fabric in silvery blue, and with 3,000 meters of red rope.

In 1961, three years after they met in Paris, Christo (Gabrovo, Bulgaria, 1935 – New York, 2020) and Jeanne-Claude (Casablanca, 1935 – New York, 2009) began creating works of art in public spaces. One of their projects was to wrap a public building. When he arrived in Paris, Christo rented a small room near the Arc de Triomphe and had been attracted by the monument ever since. In 1962, he made a photomontage of the Arc de Triomphe wrapped, seen from the Avenue Foch and, in 1988, a collage. 60 years later, the project will finally be concretized. 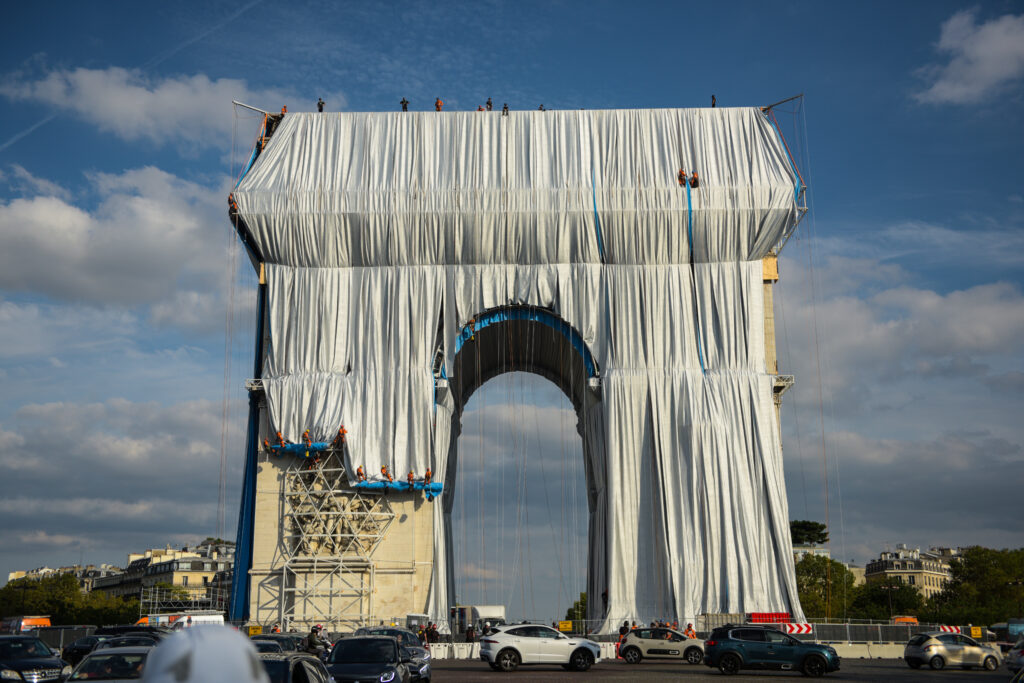 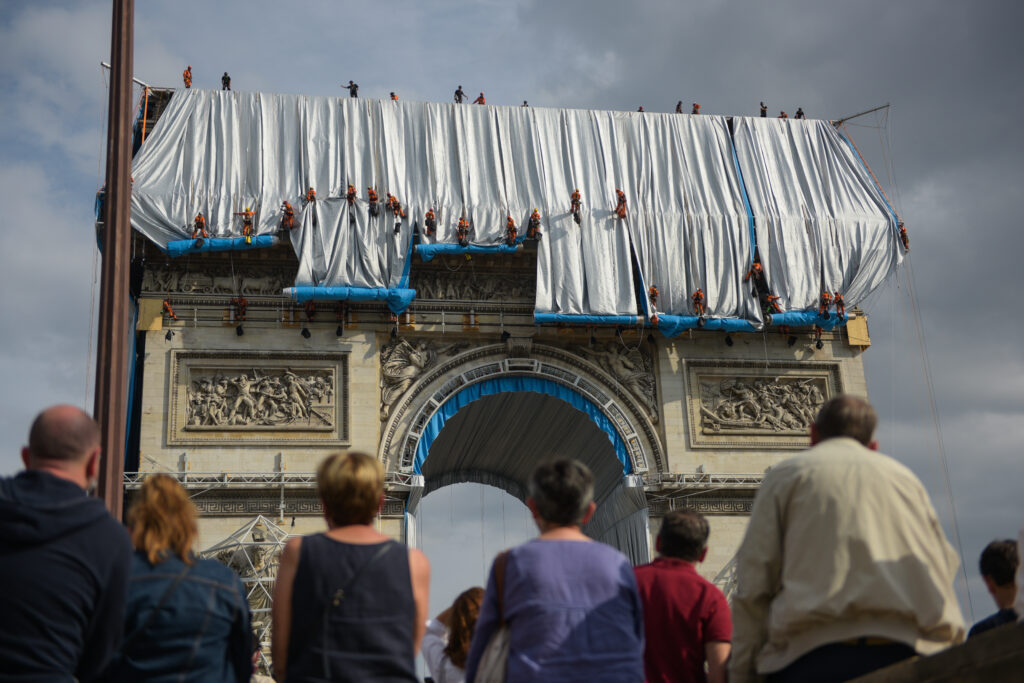 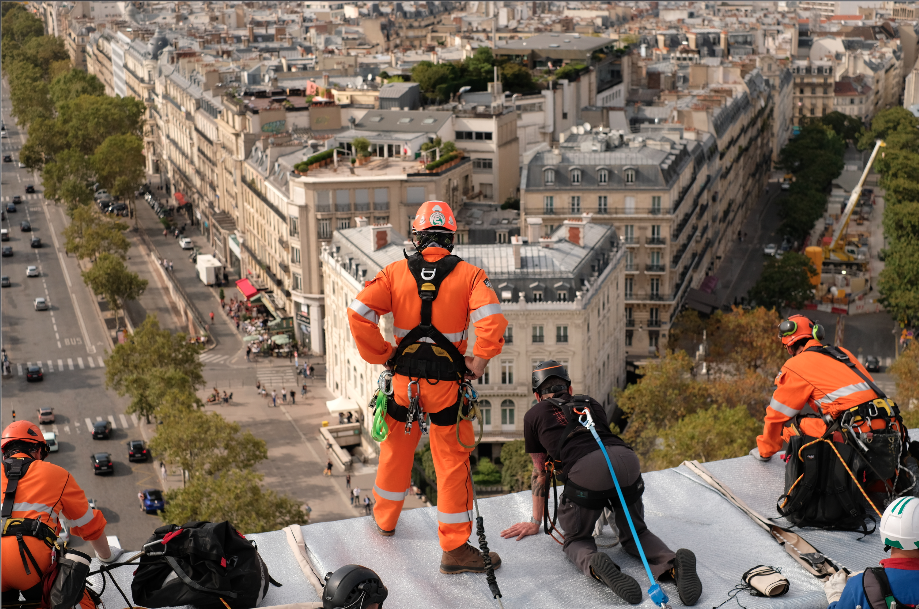 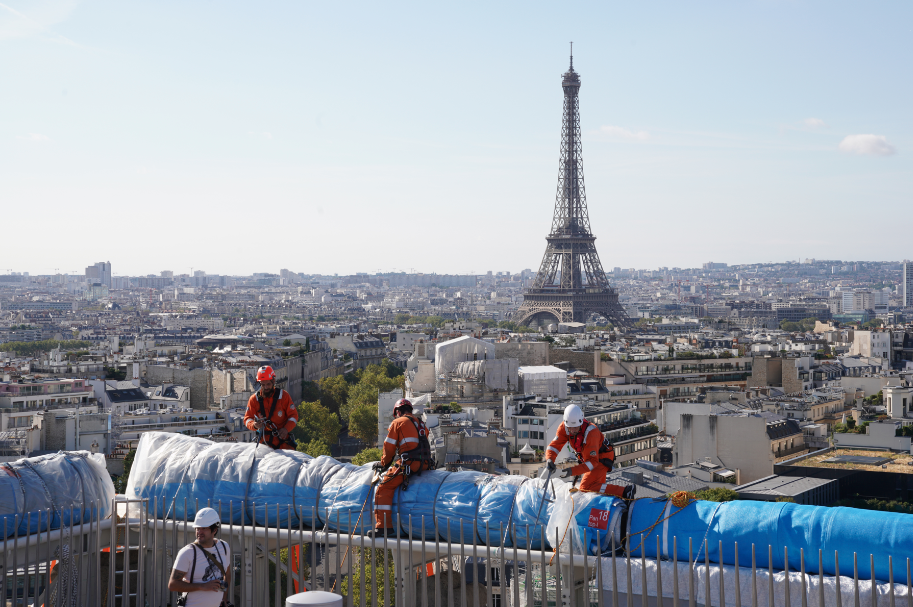 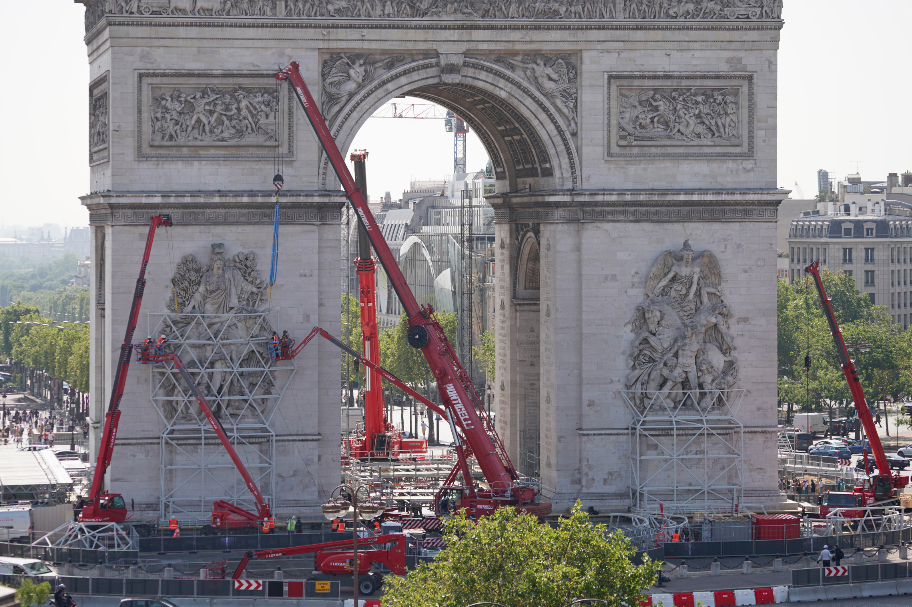 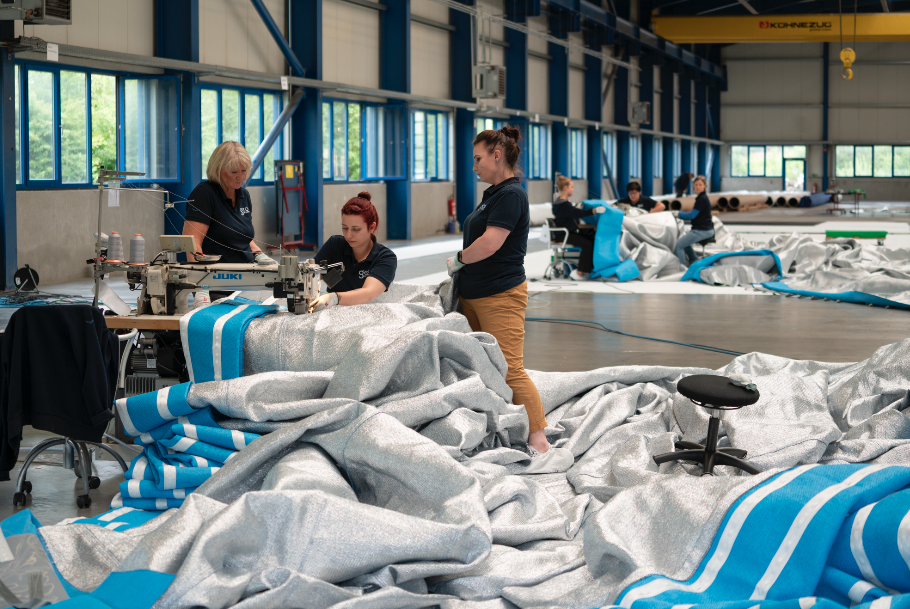 L’Arc de Triomphe, Wrapped is entirely funded by the Estate of Christo V. Javacheff, through the sale of Christo’s preparatory studies, drawings, and collages of the project as well as scale models, works from the 1950s and 1960s, and original lithographs on other subjects. 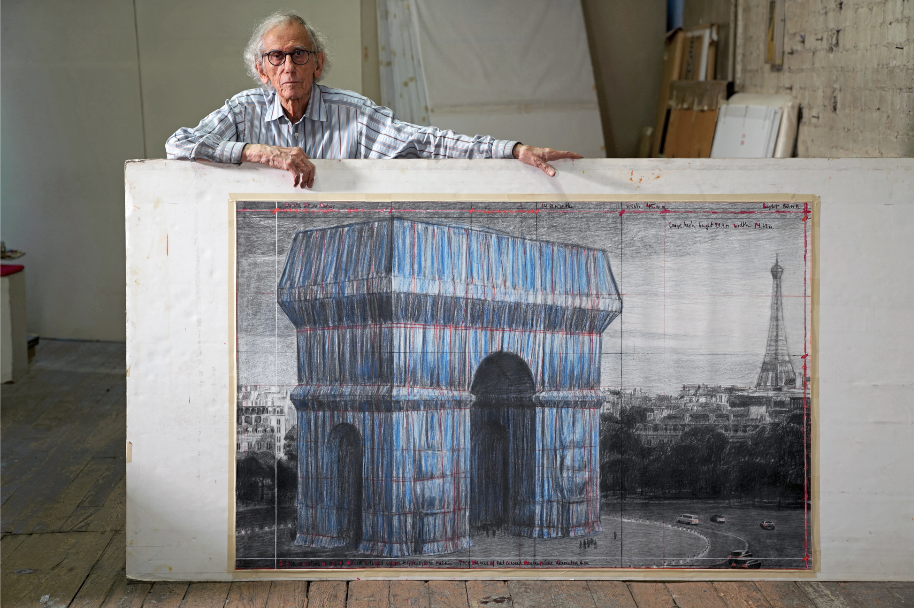 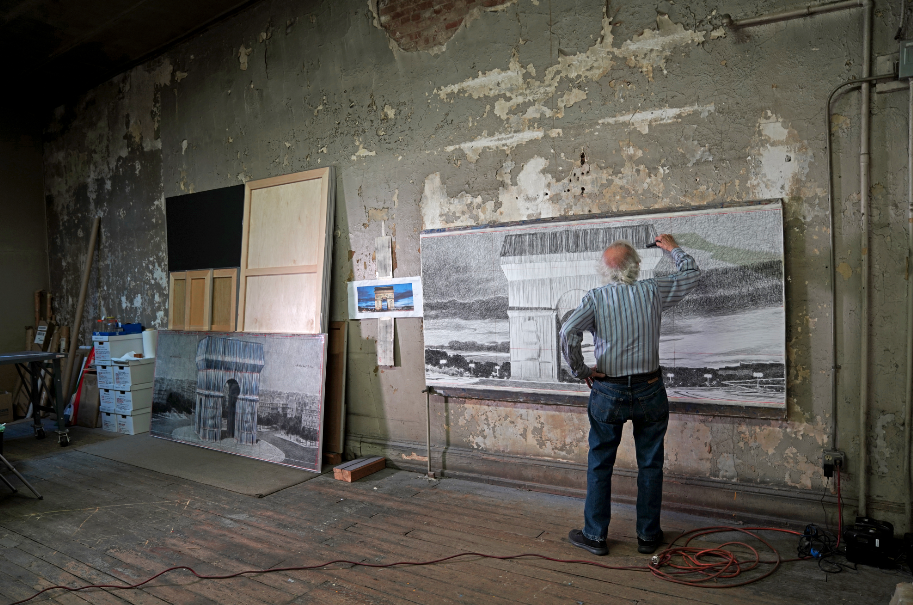 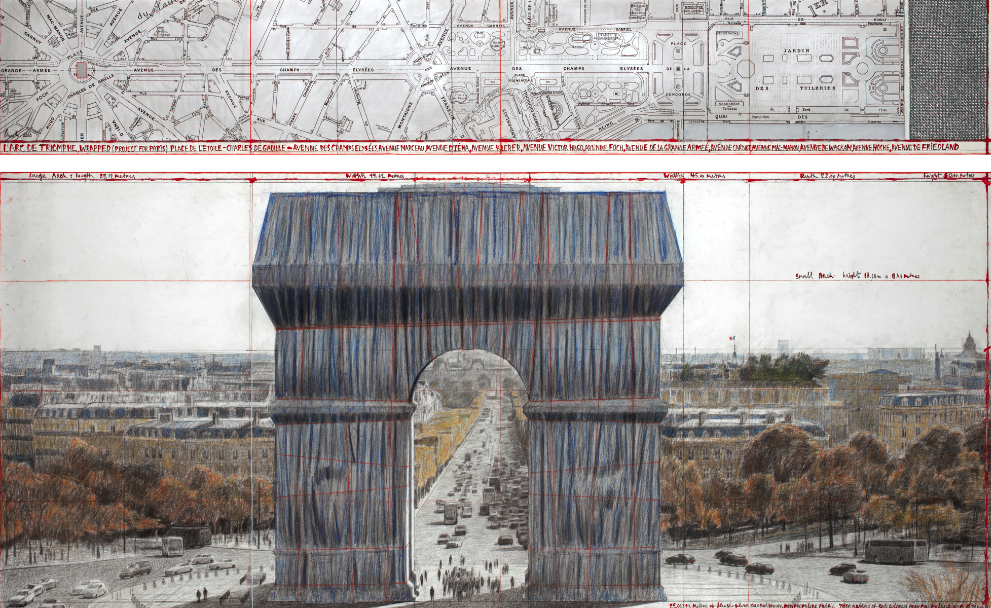 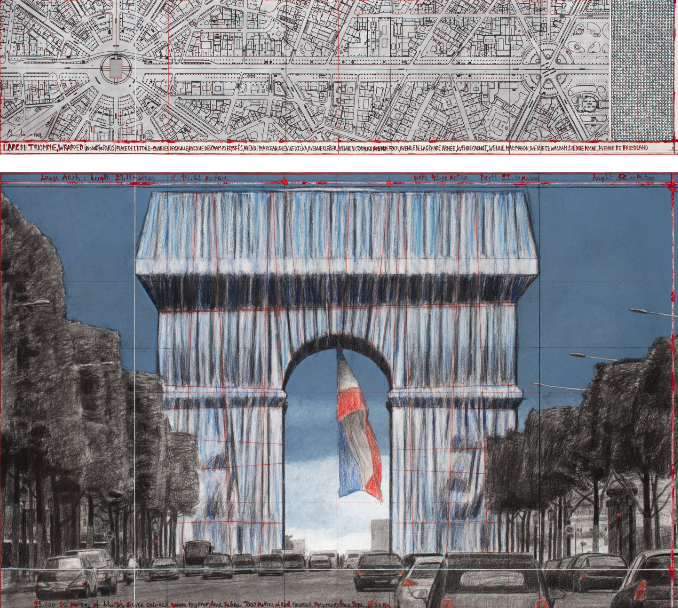 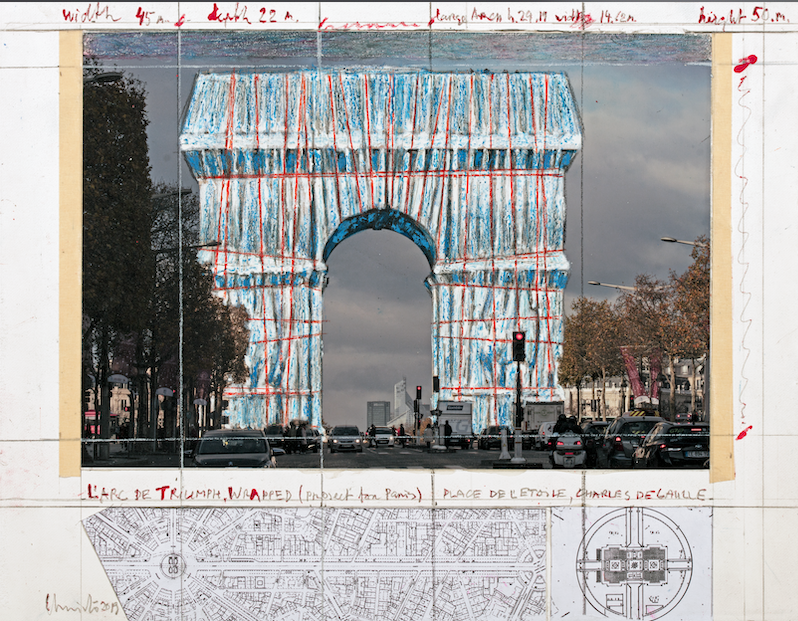 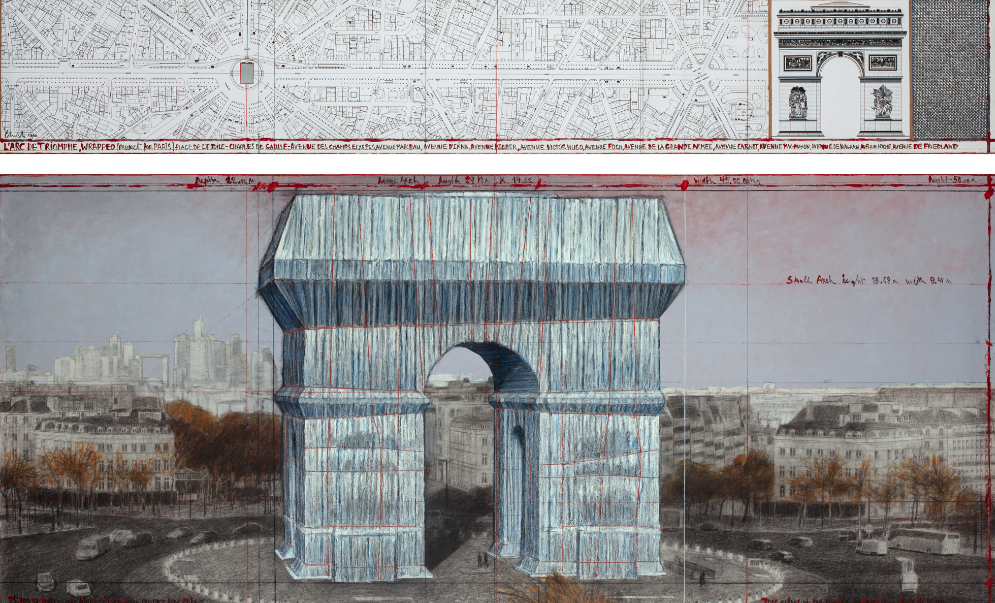 L’Arc de Triomphe, Wrapped (Project for Paris, Place de l’Étoile – Charles de Gaulle), a temporary work of art, will be on view for 16 days, from Saturday, September 18 to Sunday, October 3, 2021. Per Christo’s wishes, the project will be completed by his team in partnership with the Centre des Monuments Nationaux (CMN), the government institution that manages the Arc de Triomphe.