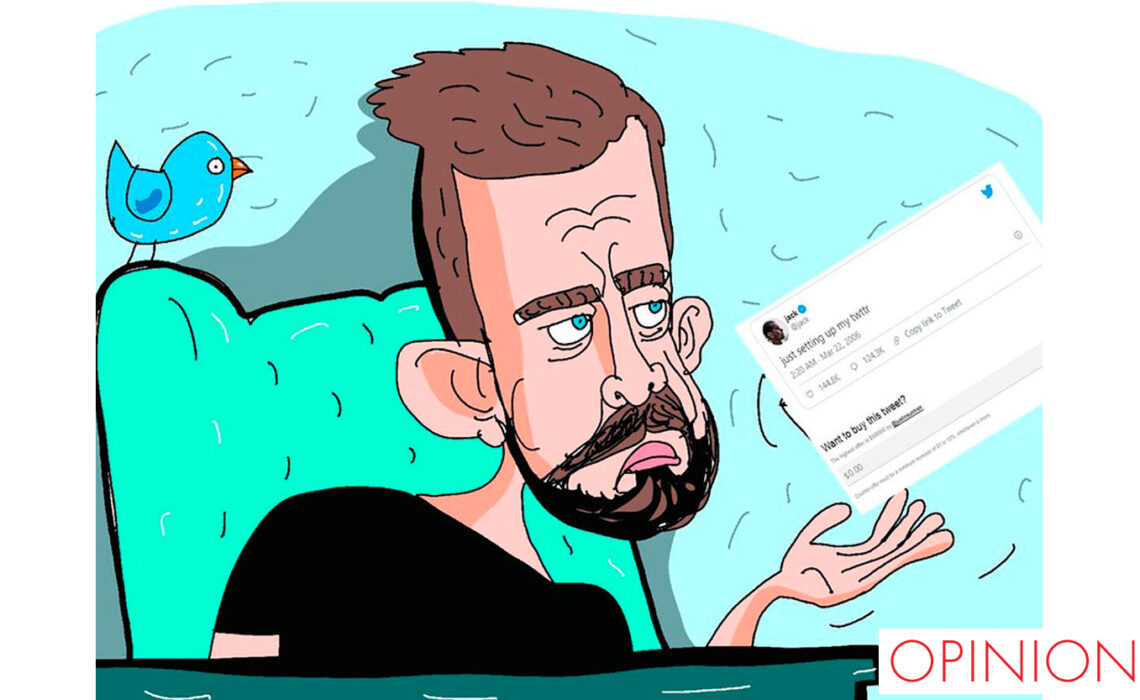 The art market has contaminated other systems in absurd ways. The most recent news comes from Twitter co-founder Jack Dorsey, who has auctioned the first Tweet in history at a price of 2.9 million dollars. No more no less. The message simply announces the inauguration of one of the most important digital media of today: “Just setting up my twttr”, misspelling included.

In the history of art there are many examples of purposes related to linguistics and writing. One of those that has caught my attention the most is Lawrence Weiner (New York, 1942), who during the 1960s shook world art using subversive texts that also questioned the shape and texture of words. Jack Dorsey cannot be compared to Weiner: while one is a genius of business and digital communication the other is an artist who looks at society critically. However, what Dorsey has achieved by selling that message to businessman Sina Estavi heralds a new era. 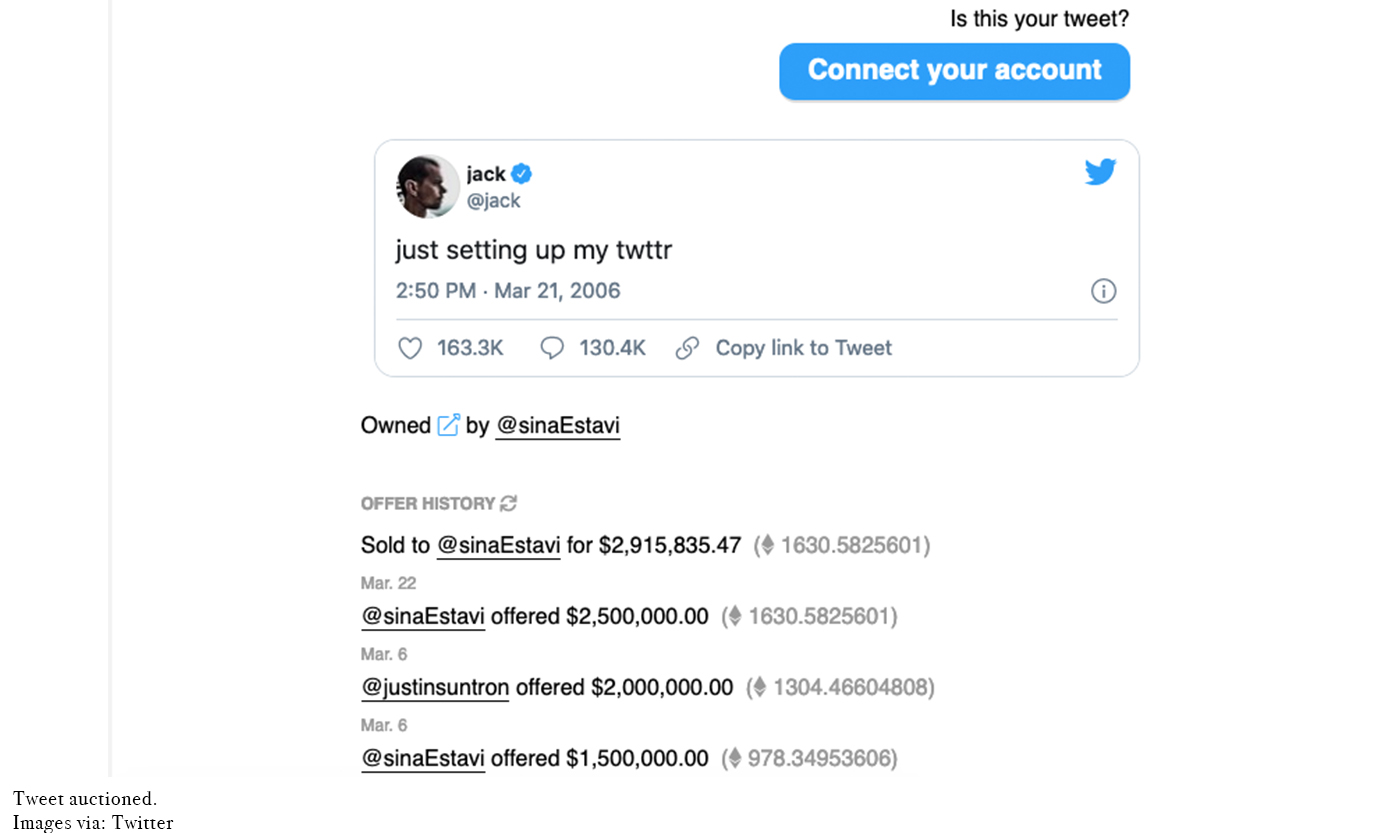 The sale has been made possible thanks to the appearance of a new digital format (Non-Fungible Token, NFT) in which any virtual object can issue a certificate of authenticity. If some objects resisted entering the digital age, the pandemic that began in 2020 has finally managed to surrender to a new era full of uncertainty. In fact, Estavi did not acquire the tweet in dollars but in ethers, one of the most popular cryptocurrencies.

A few days ago Gucci and the Wanna Kicks platform unveiled Virtual 25, a luxury virtual tennis model accessible to various audiences. Luxury brands seem to be one step ahead in the world of authenticated images: very soon we will see in the most popular social networks all kinds of clothes and objects that users buy to use exclusively in their photos or videos, as happens in video games . Young people seem to be fundamentally destined to exist in the digital age! Something very similar to what happens in the movie Ready Player One, directed by Steven Spielberg. 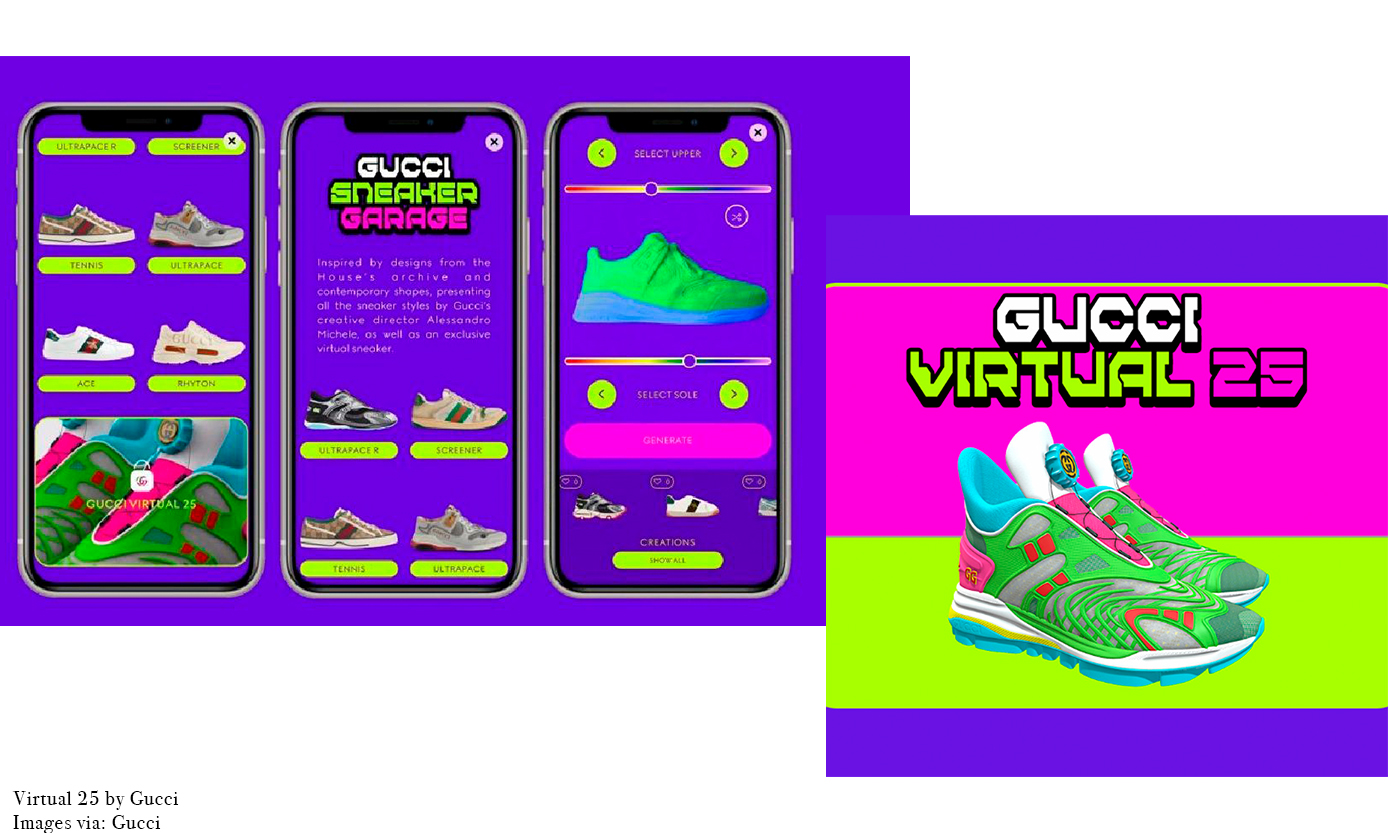 The art world has coyly flirted with virtual reality. Perhaps the best example of this is the Acute Art app, where the user exists in a parallel reality created by visual artists. Beyond this app, the art world seems to be lagging behind when it comes to current technology. However, this symptom can even be seen as something positive: art can be one of the few systems that resist entering a world that vanishes like sand in our hands.

Investing in Art
5 Of The Most Riskiest Art Collectors
News
Alicja Kwade: Everything could be a NFT, even DNA
Trends in Art
Tendencias del arte contemporáneo