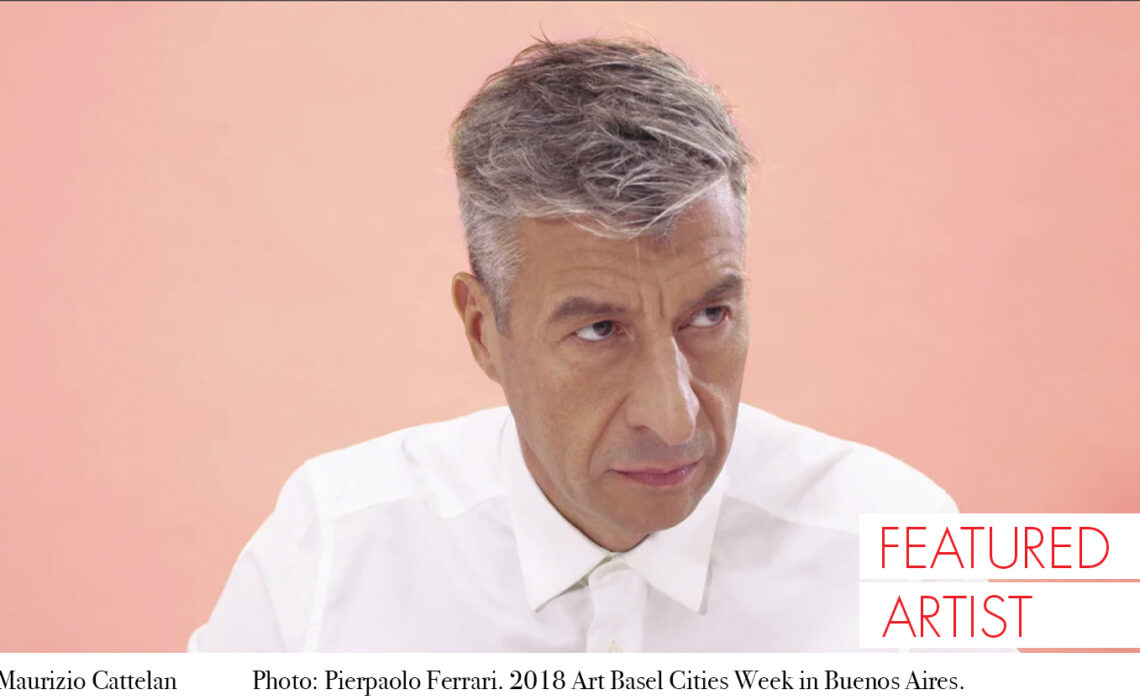 Have you ever imagined seeing a fresh banana taped at an art fair that also cost around 120.00 dollars? Maurizio Cattelan made it possible just a few months ago. The Italian artist has turned art into a space for experimentation not without controversy and irony, adhered to with political comments. But what are the interests of one of the most popular references in contemporary art? We review 5 moments to understand his artistic gestures. 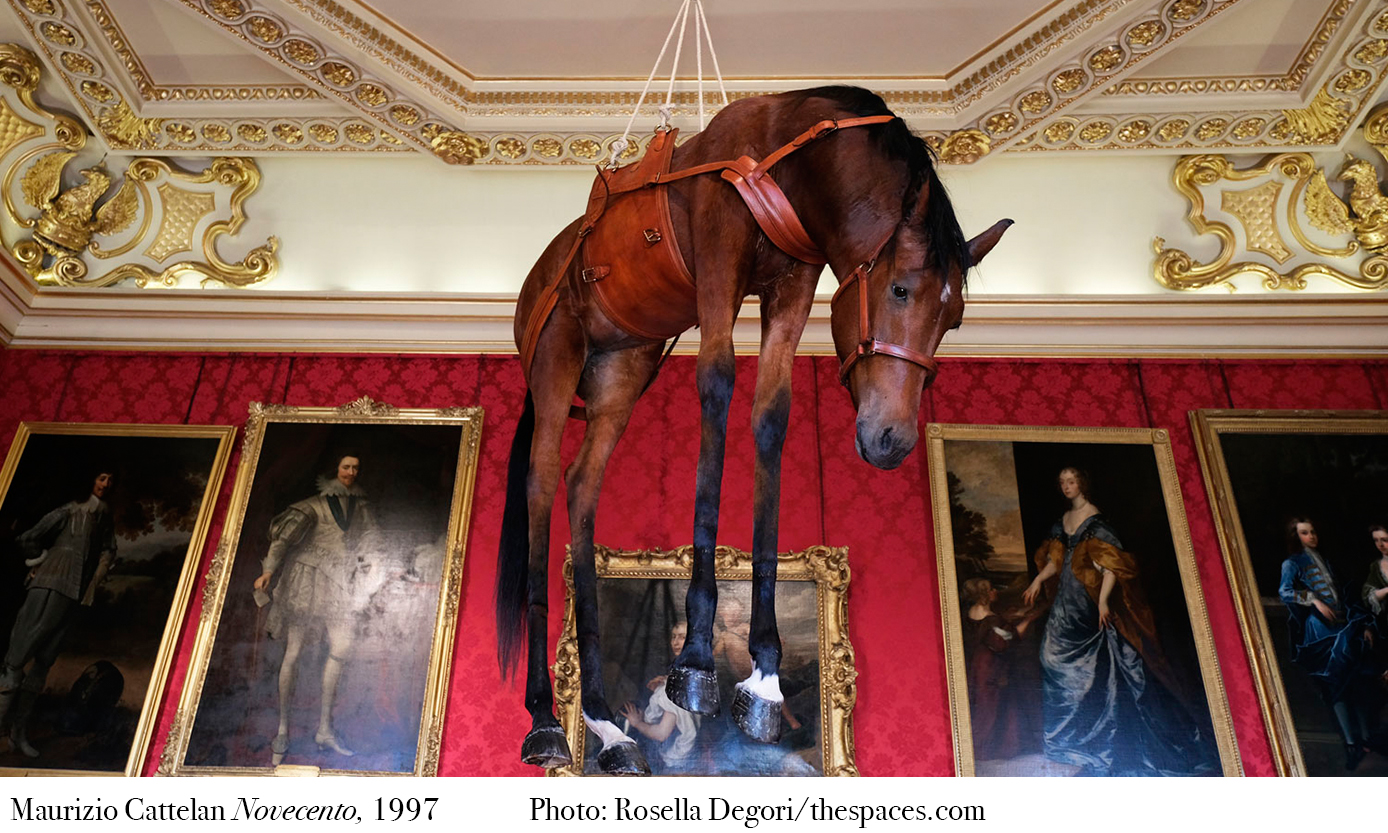 1) The artist born in Padua, Italy began his working life in a wooden furniture factory. Later he devoted himself to sculpture. Cattelan earned his first major recognition as an artist in 1997 with Novecento, a stuffed racing hair hanging from a harness. One of his stamps as an artist is, precisely, taxidermy, which he uses to ironic his work. In Bidibidobidiboo (1996) performed a representation of a sunken squirrel on a kitchen table. 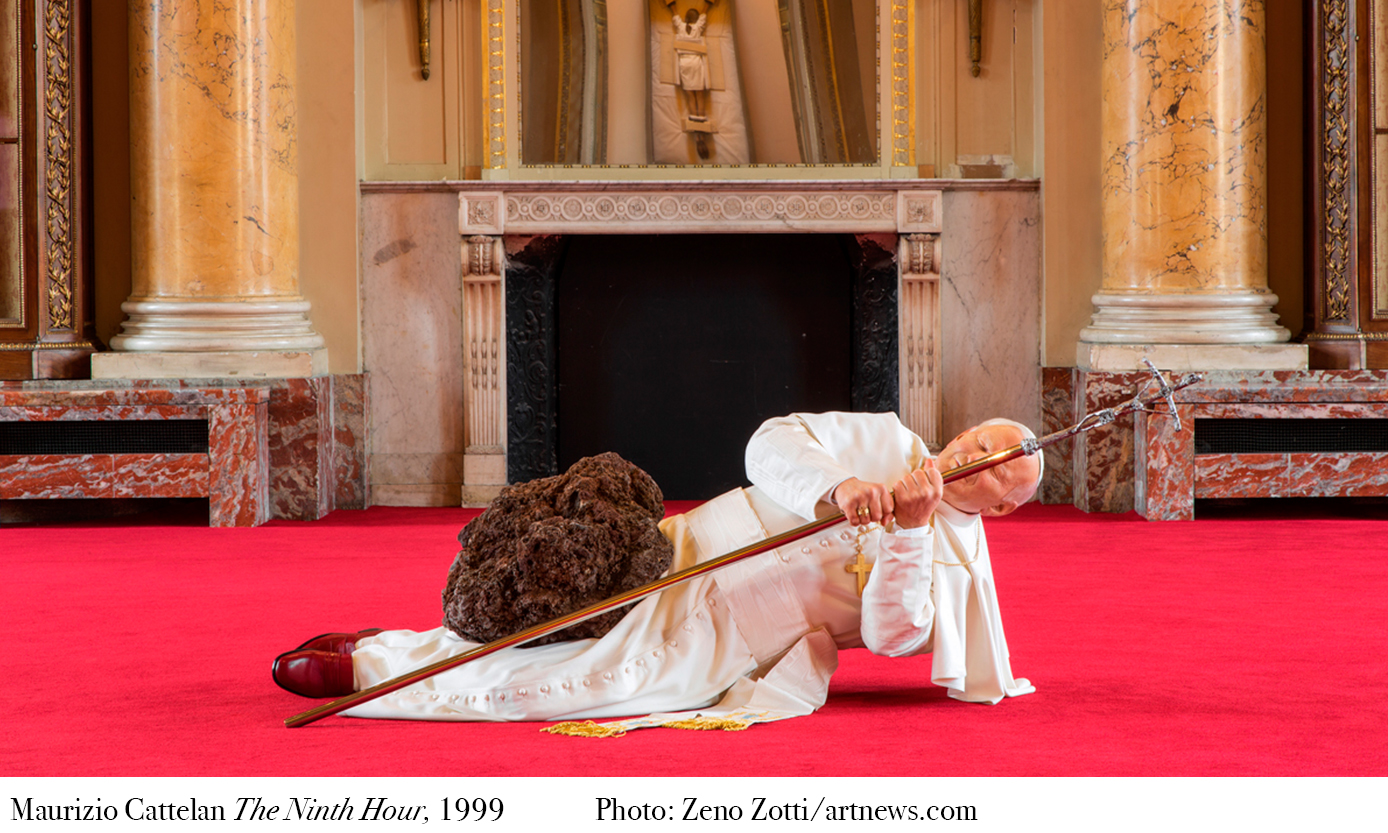 2) Cattelan is the contemporary art artist who can make fun of everything: religious beliefs, the capitalist system, culture, shows. Probably his two most important works around religion are The Ninth Hour (2000), a sculpture made in collaboration with Daniel Druet based on wax, clothing, hair, volcanic stone, glass and red carpet, where Pope John Paul II is represented after being hit by a meteorite and falling to the ground. In Him (2001) a young kneeling student appears to utter a prayer. Nothing new so far, except that the face of this young man is nothing less than that of Adolf Hitler!

3) Cattelan is not just an artist of sculpture. There are not a few interventions he has made in magazines and books. Alongside Dominique Gonzalez-Foerster and Paola Manfrin, she collaborated on 15 issues of Permanent Food (1996-2007), a magazine made from the pages of other publications. He also created in 2010 together with Pier Paolo Ferrari the biannual magazine Toiletpaper (http://www.toiletpapermagazine.org/) with the intention of producing true pieces of collectible art in graphic format. Irreverent, cunning, simply brilliant, this duo combines humor with art and publicity. They have also collaborated on T Magazine, Dazed, Vice and Wallpaper. 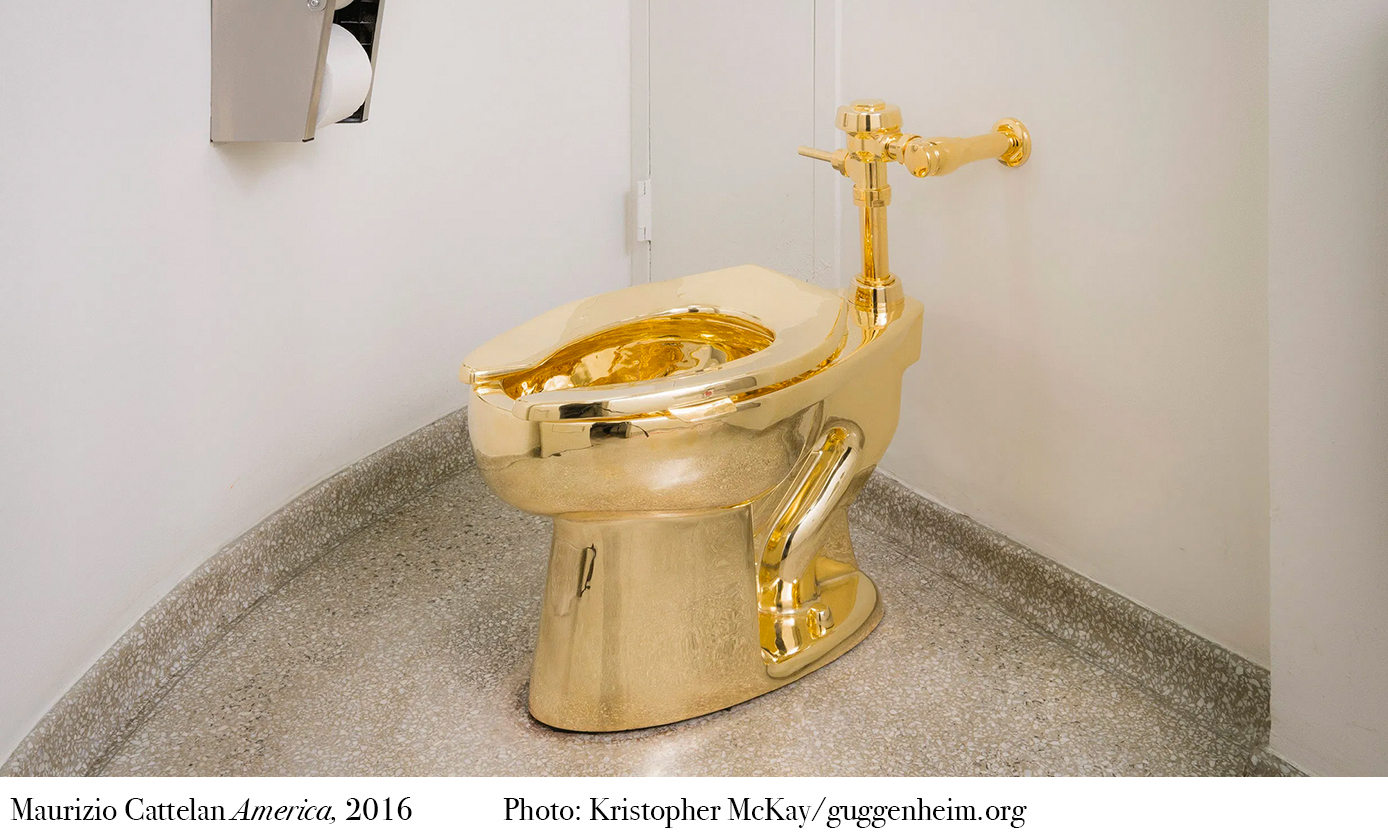 4) As a good contemporary artist, Cattelan combines his artistic works with his life. He has repeatedly broadcast his retirement from art, only to announce his return with a controversial message. In one of his last reappearances he refers to the Duchamp urinal (one of the artists he has always had in his sights). America is a toilet installed in a public bathroom that could be confused with any other, except that it is made of 18 carat gold! He presented it at the Guggenheim Museum in 2016 after a 5-year absence. 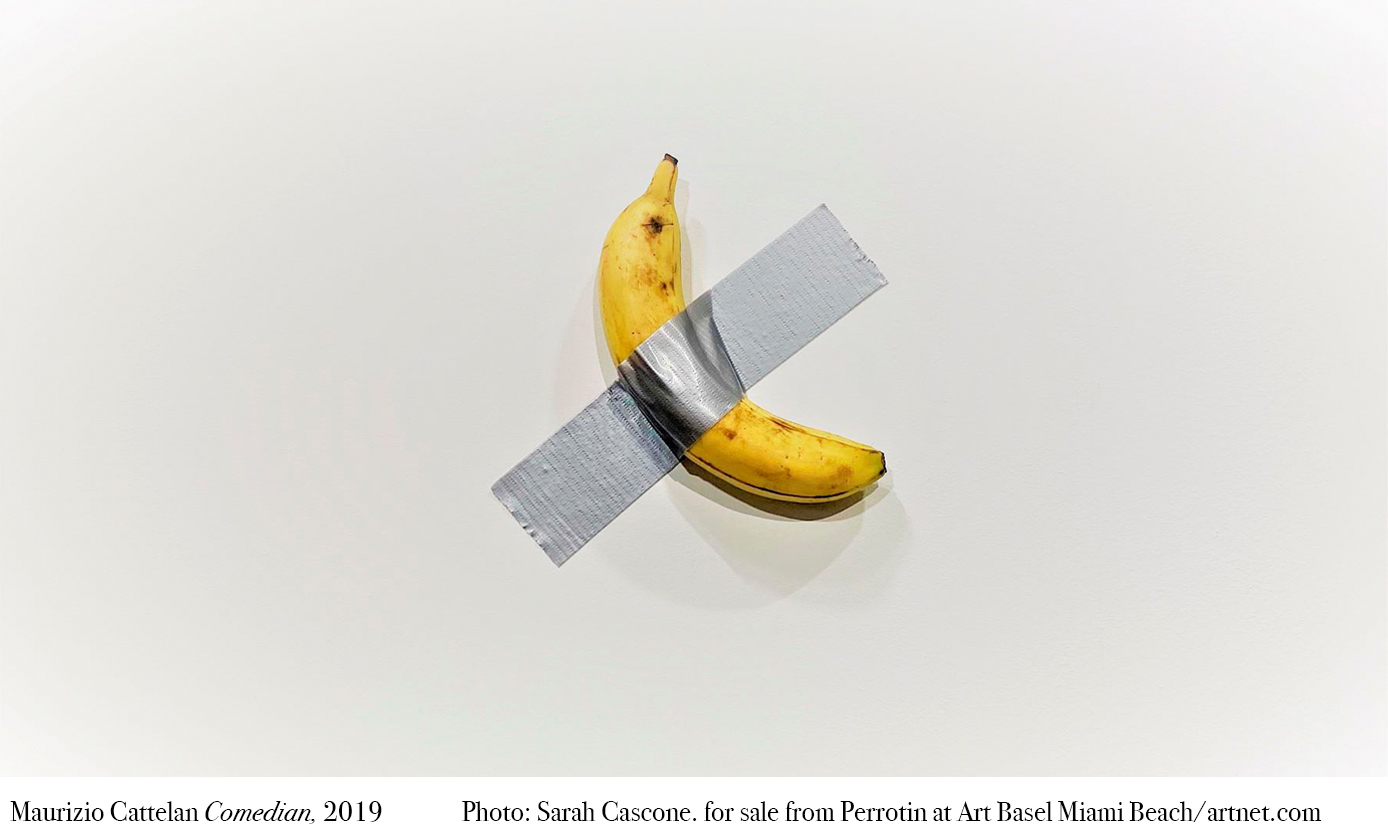 5) Cattelan is a critic not only of society but also of the art world and its economy. A few months ago he presented in Basel Miami a work that consisted of a banana stuck to the wall. The banana, which can be related to processes of significance with nature as well as with sexuality, is a perishable food that ends its life cycle quickly. What did Cattelan mean by the message: This soon-to-disappear work costs  120,000 dollars?