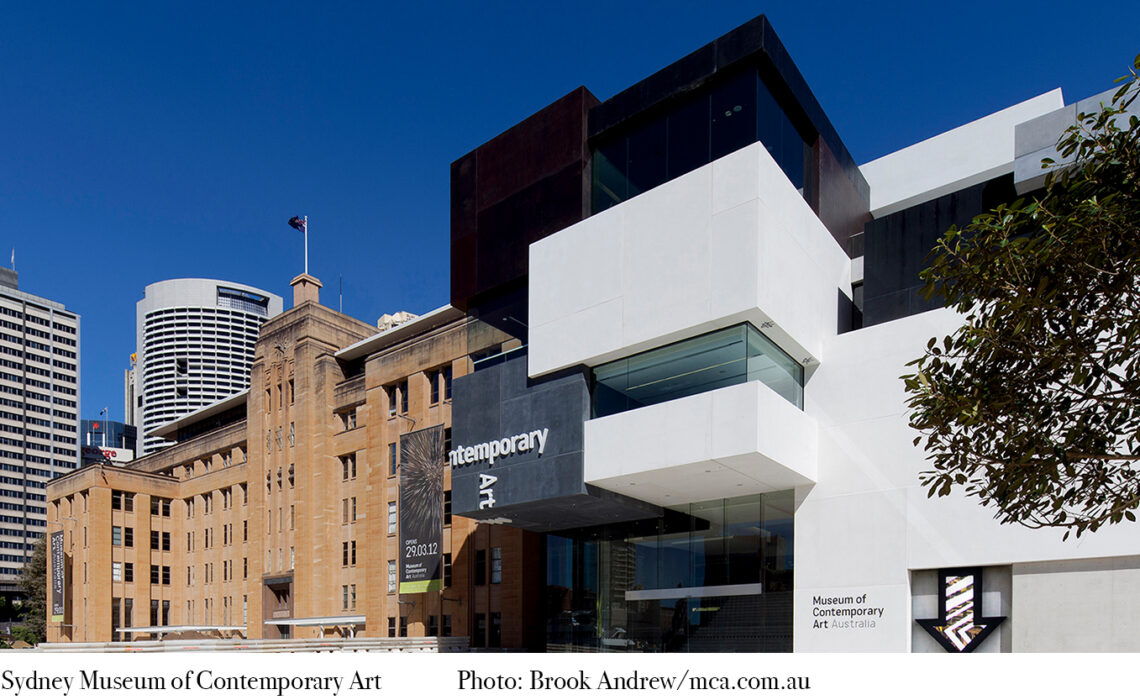 With this resource, the Guggenheim Gallery would seek to problematize the relationship between observer-exhibition-observation to postulate a critical view of the viewer against the objects that make up their contemporary environment. Since the appearance of this architectural proposal, many museums around the world have experienced the relationships of meaning involved in the museum exhibition space and architectural design, to reach conclusions that challenge the role of the viewer against art.

Some museums, such as MoMA or the Reina Sofía, are habitual references when thinking of Contemporary Art spaces. To understand some of the most innovative developments in this field, here are 10 proposals for Museums of Contemporary Art that seek to experience the significance of space and the interpretation of art.

Result of a process of appropriation of architectural spaces, the MCA presents an interesting spatial composition, in which it houses a collection of 7,000 pieces of contemporary art, distributed in two different environments: on the one hand, the old 6-story Art-style building Deco, which previously belonged to the Board of Maritime Services, transformed in 1991 as part of the museum’s original facilities; on the other, a new section, of a minimalist and functional nature, sponsored by the University of Sydney and the Government, as part of a remodeling and expansion project started in 2010. One of the most interesting visual proposals is the permanent dialogue that the museum proposes the relationship of the work of art with the maritime landscape of the Sydney coast. 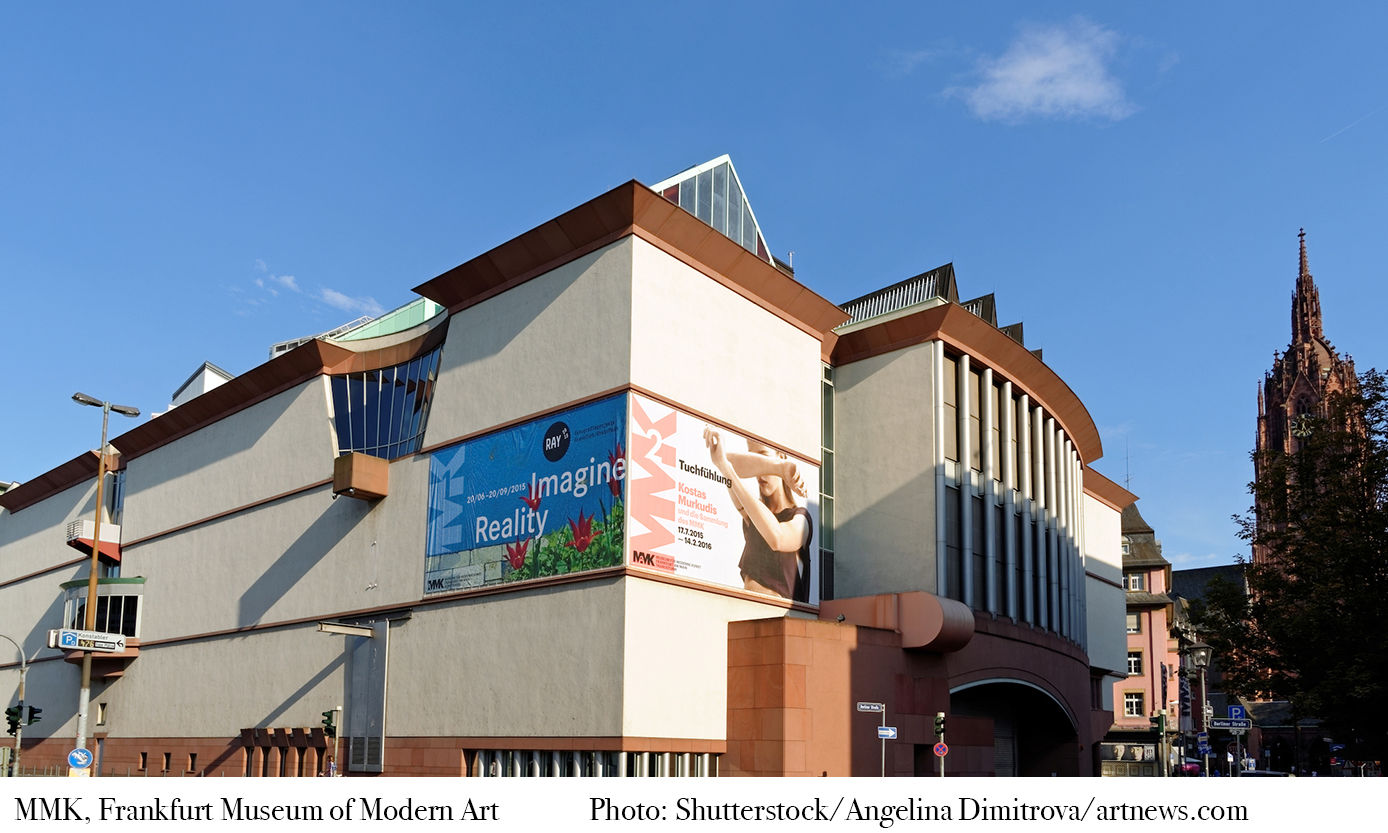 Nicknamed “the slice of cake” for the triangular architectural design proposed by Hans Hollein (Vienna, 1934 – 2014), the MMK is an innovative project that plays with light incidence as a contextual effect to make the objects of its exhibitions evident. The museum’s collection is focused on object-art and pop art, as well as exhibiting one of the most important collections of contemporary photography. Comprised of 40 rooms, this space exhibits works by Andy Warhol (Pittsburgh, 1928 – New York, 1987), Roy Lichtenstein (New York, 1923 – New York, 1997), Claes Oldenburg (Stockholm, 1929), among other artists who constitute some of the most important references of today. 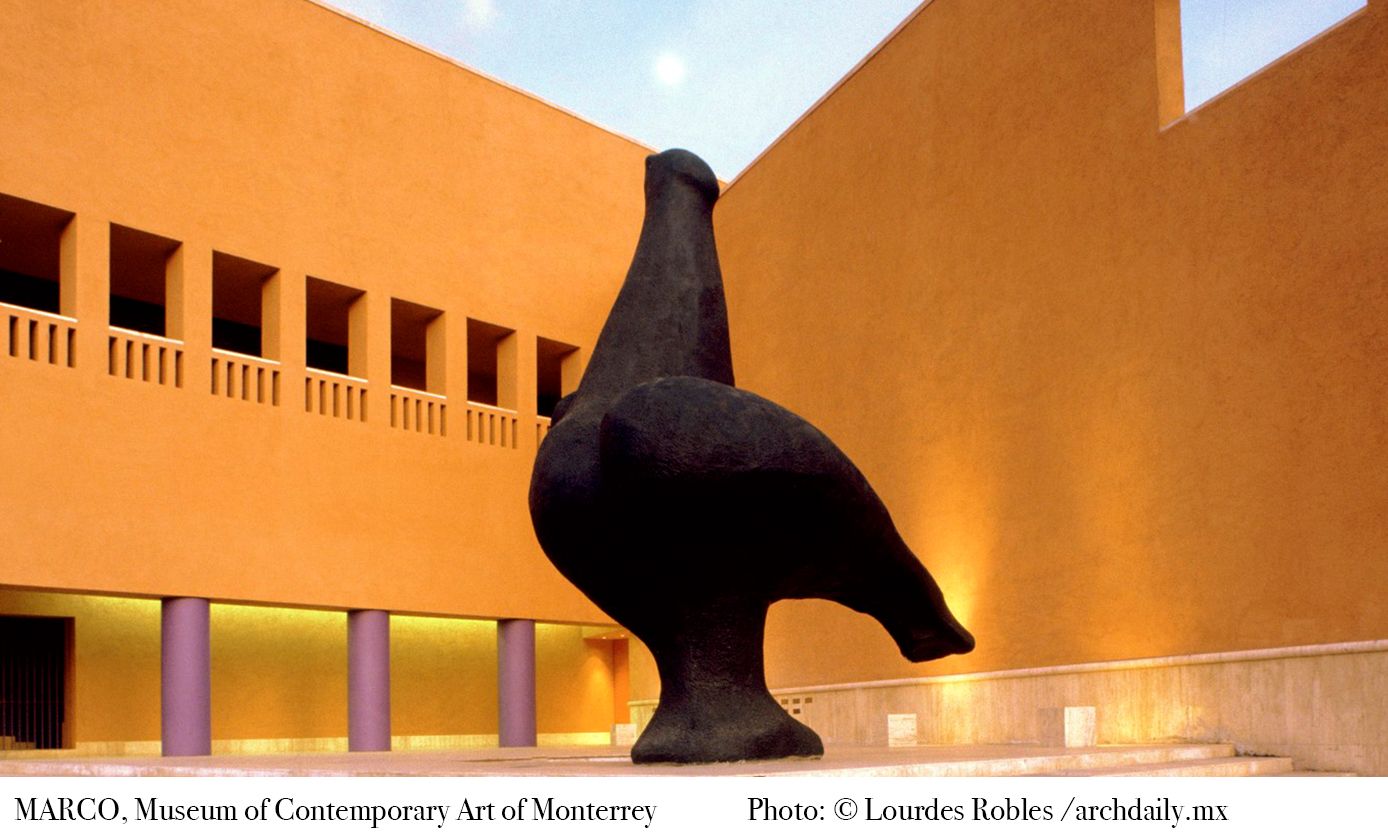 Designed by the Mexican architect Ricardo Legorreta (Mexico City, 1931 – 2011), the MARCO proposes different environments that suggest a dialogue between the aesthetics of Mexican vernacular architecture, the play of colors of abstract expressionism, the predominance of horizontal planes and cubic figures. The visual dynamics of the museum space is completed by the sculpture “La Paloma” by Juan Soriano (Guadalajara, 1920 – Mexico City, 2006), which accompanies the museum’s main entrance. 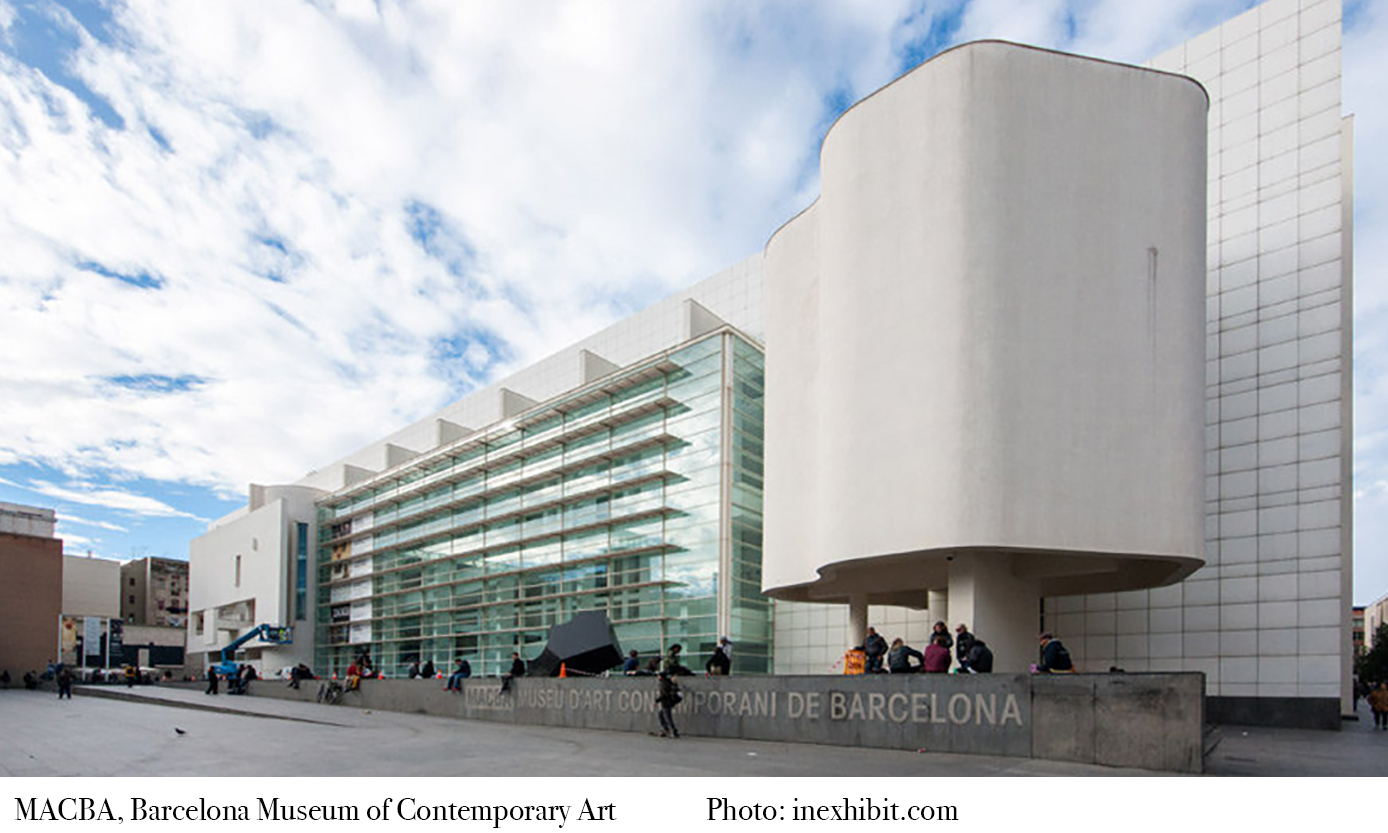 Consisting of a group of buildings around Plaza dels Angels, the main building was designed by the architect Richard Meier (New Jersey, 1934) with the objective of integrating contemporary art with the visuality of the historical architecture of the surrounding spaces. Built with glass skylights, reflective materials and a predominance of white in its finishes, MACBA seeks to project an area of ​​natural light that integrates the aesthetic experience of the viewer in a unity relationship between the interior of the museum and the visuality of the external plaza. 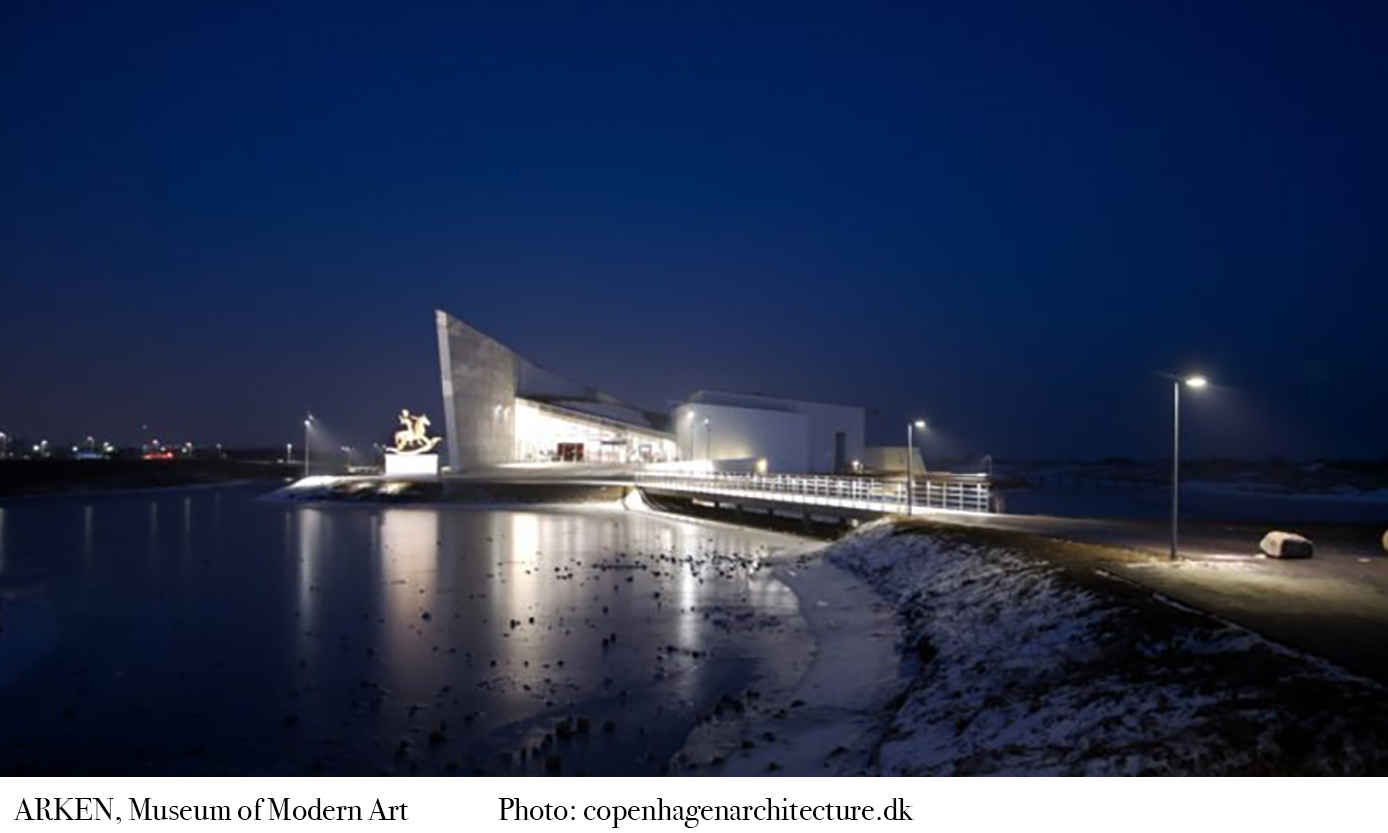 Designed by the architect Soren Robert Lund (Copenhagen, 1962), this museum has a peculiarity: this space proposes the predominance of triangular figures and formal abstractions as visual dynamics; an influence of abstract expressionism where the interior of the Museum seeks to establish a dynamic communicative link with the work on display. This museum has a permanent collection of more than 300 pieces, by artists such as Damien Hirst (Bristol, 1965) and Olafur Eliasson (Copenhagen, 1967). 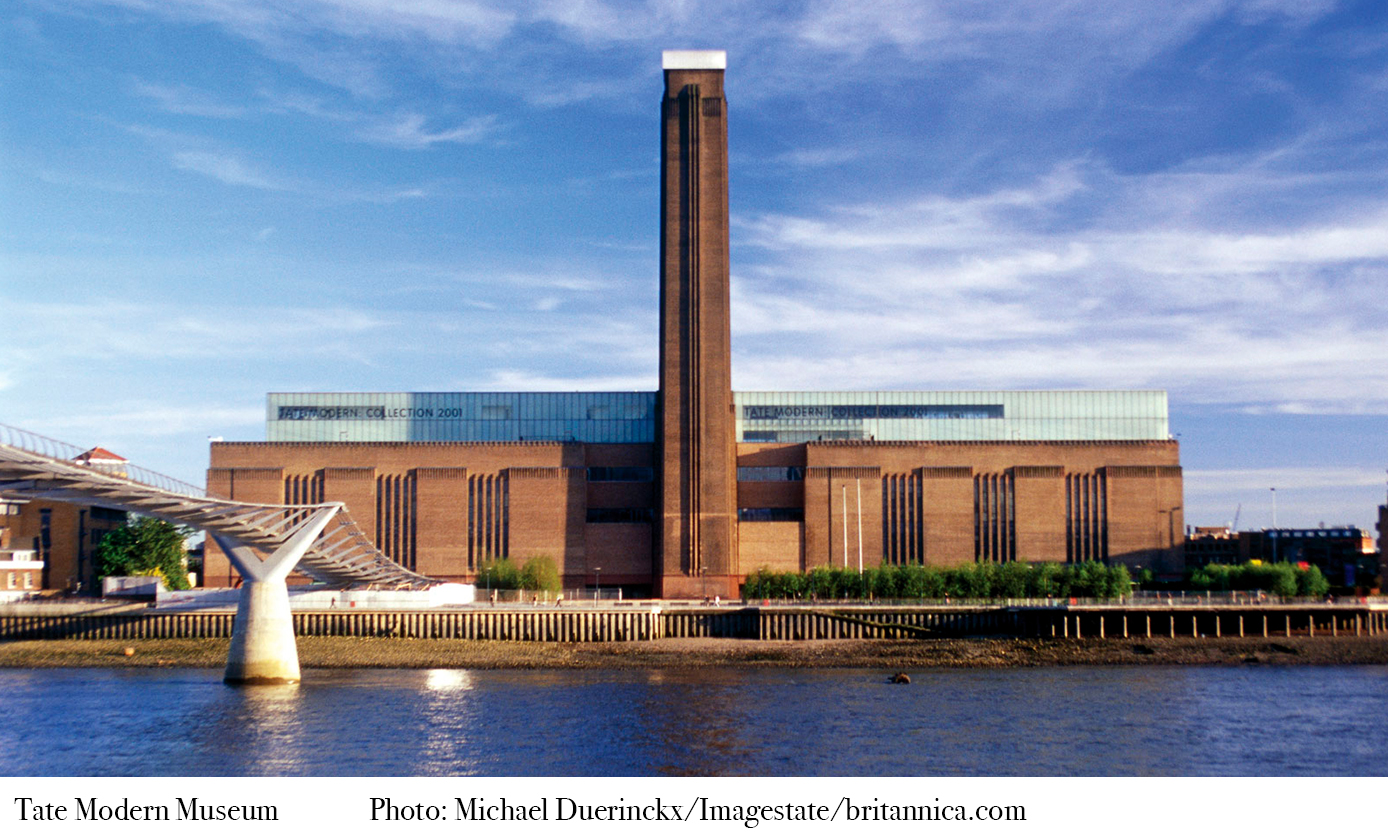 Considered one of the most visited art museums in Europe, after the Louvre Museum (Paris) and the British Museums (London), this space dedicated to modern and contemporary art is a relevant example of resignification of urban spaces: at the end of the century XX was established at the Bankside Power Plant facility. The museum design was in charge of the architects Jacques Herzog (Basel, 1950) and Pierre de Meuron (Basel, 1950), whose office is also the author of the Beijing National Stadium (2008). The museum design consists of 11 floors that recall the architectural aesthetics of the International Style: in an interesting game, the works of art are wrapped in Fordian environments that reiterate the social condition of contemporary aesthetics.ern (London, 2000). 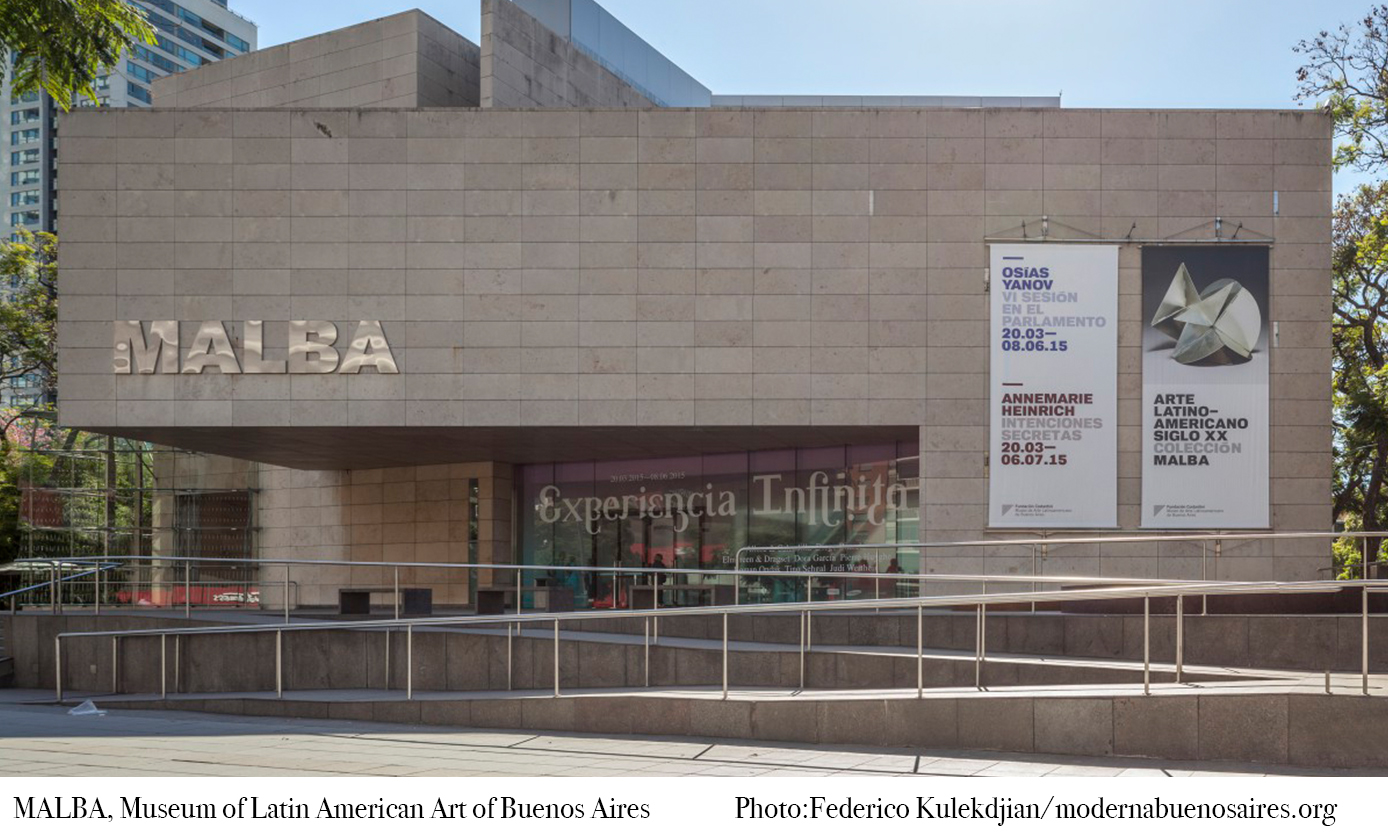 Winner in 2008 of the Konex Platinum Award as the best cultural entity in the last decade, MALBA is made up of a polyhedral architectural aesthetic: based on the principles of the deconstructivist style, the museum shows in its structure a complex visual plot where the angles and overlapping geometric entities challenge the conventional perception of space. Designed by the Atelman-Fourcade-Tapia studio, this building is one of the benchmarks for contemporary art in Latin America, in whose dimensions a collection of nearly 400 pieces is housed. 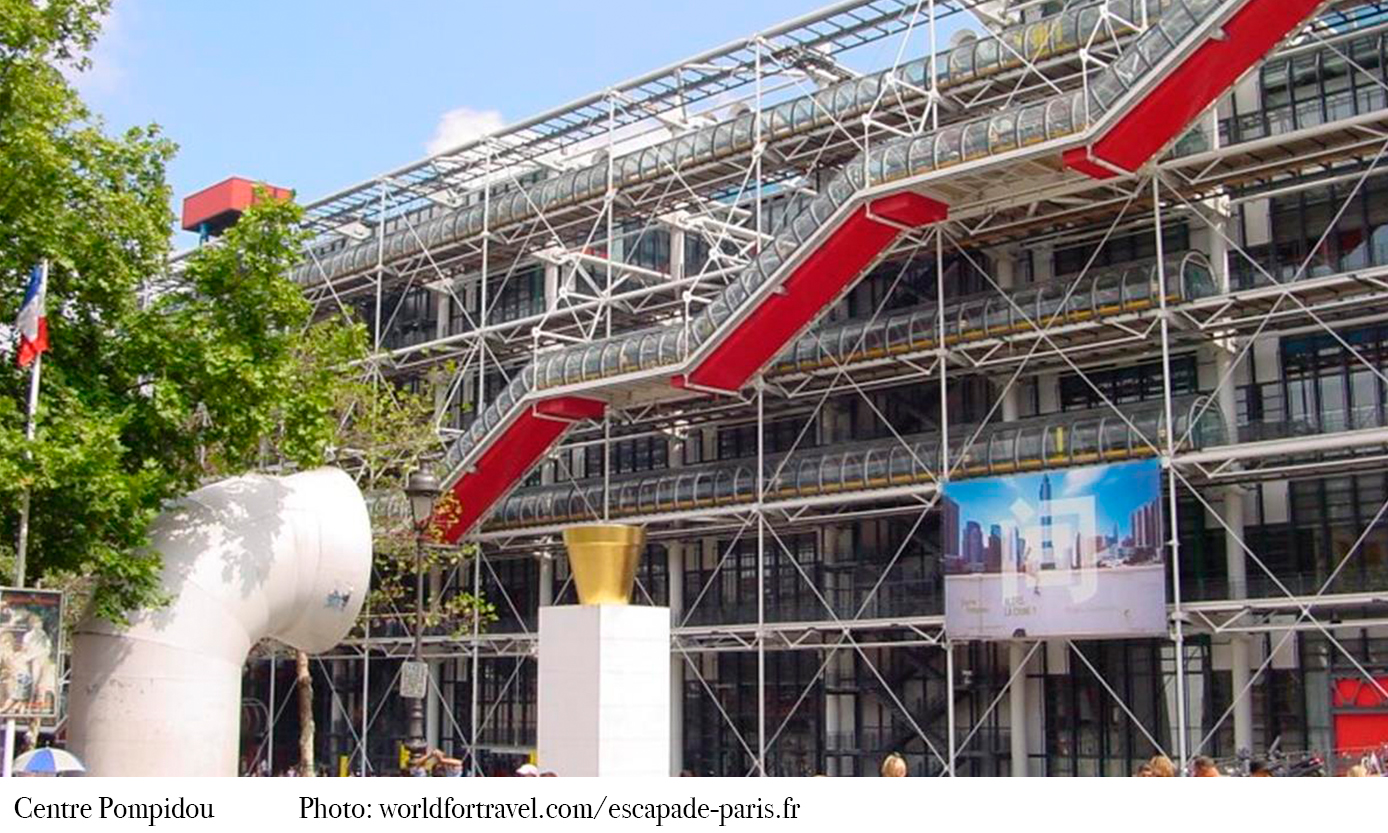 This museum, designed during the 70’s by Renzo Piano (Genoa, 1937) and Richard Rogers (Florence, 1933) to house the National Center for Art and Culture, and rehabilitated in 2000, is today the headquarters of the Museum National Modern Art. In its facilities it houses a collection of more than 76,000 works of modern and contemporary art. The architectural space is a strange reference in Paris: its enormous structure linked to high-tech, with a clear influence of the international style, contrasts with the modernist architectural environment of the Parisian neighborhood. For its façade built with large windows, exposed pipes and metal bars, the Center Pompidou is called by Parisians with the nickname “the gas factory”. 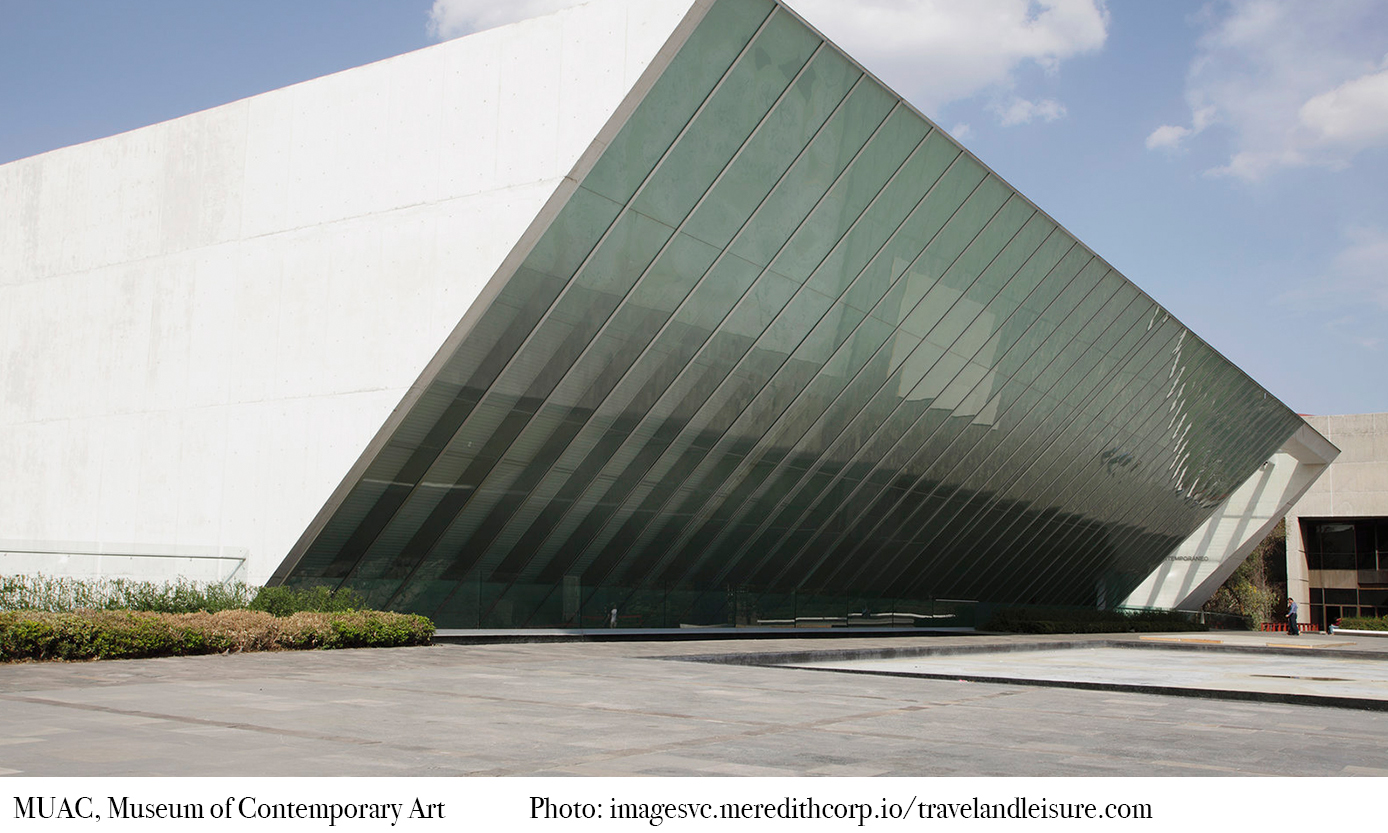 Based on the principles of minimalist architecture, MUAC proposes an interesting project for the museum space: its façade is made up of a 70-meter-long glass wall (with a 45-degree inclination) and internal corridors with a glass ceiling, which they provide natural lighting to different functional environments. Designed by the architect Teodoro González de León (Mexico City, 1926 – 2016), and under the protection of the National Autonomous University of Mexico, the museum constitutes an environment of innovation: the different galleries are built by movable walls that allow the adaptation of the areas according to the aesthetic demands of each exhibition. 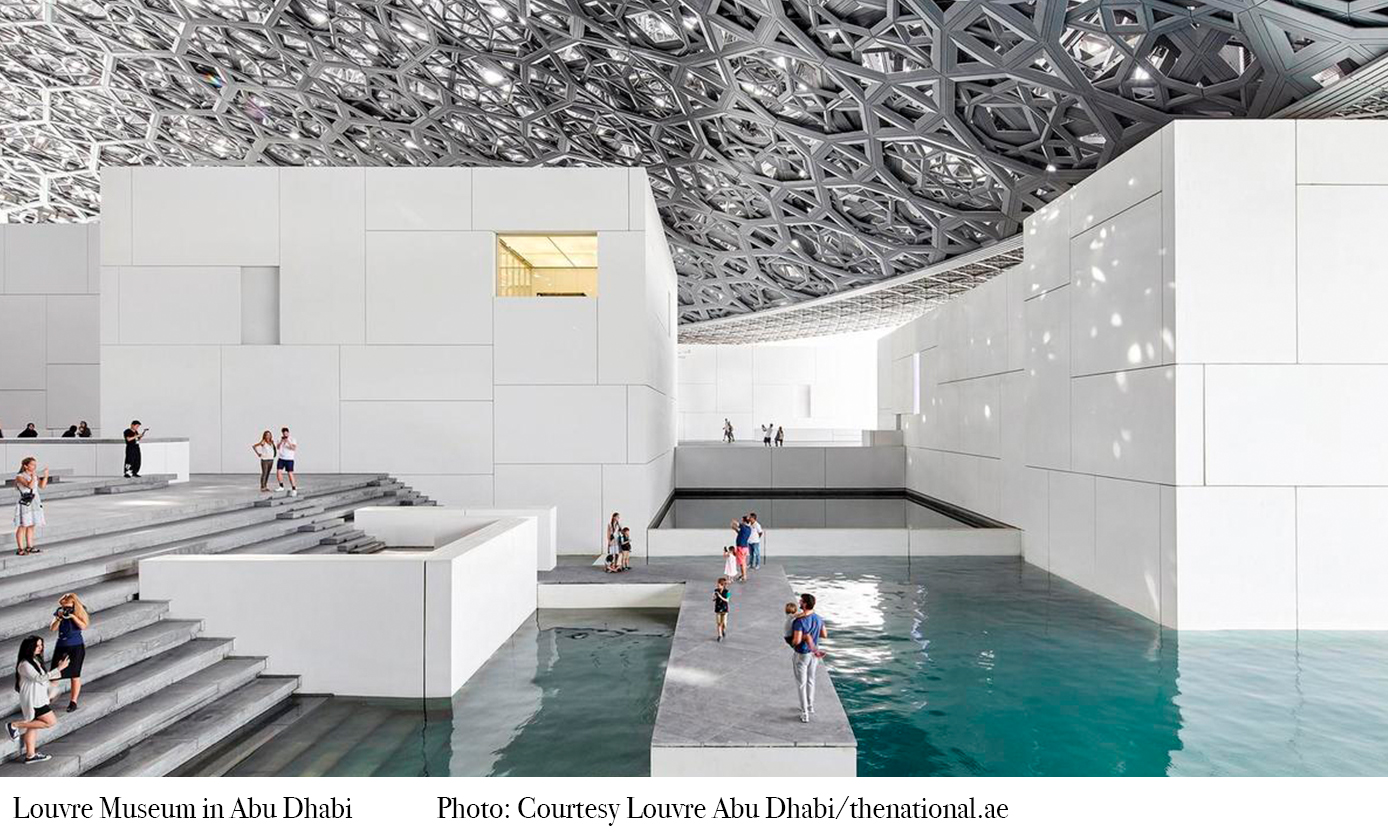 As part of an agreement between the French government and the Arab city, this museum is located in the immediate vicinity of the cultural complex located on the island of Saadiyat. Designed by the French architect Jean Nouvel (Fumel, 1945), the building is made up of a stainless steel dome that shapes an 8-layer warp of geometric lace. The levels of the dome generate the effect of light and shadow like the passage of the sun through the palm leaves.