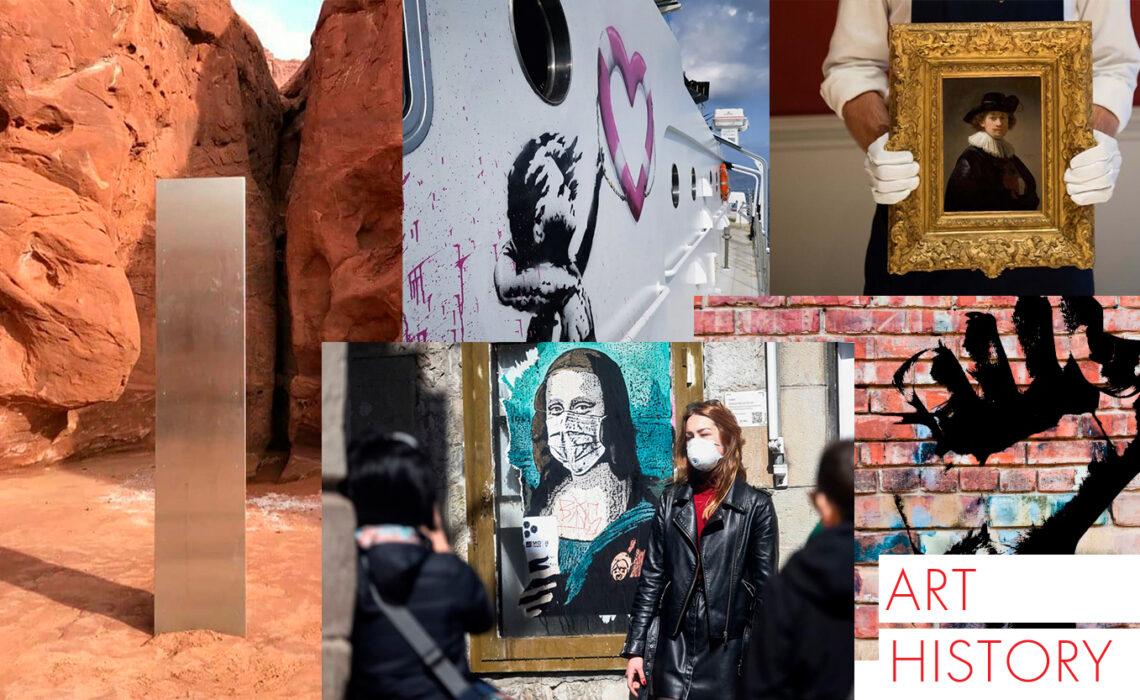 We reviewed the events that totally defined and change the art world at international levek, and as never seen before, in 2020.

Of course, the pandemic caused by Covid-19 defined 2020. However, in the art world what few could imagine happened. When the museums closed, they showed that contemporary art was not prepared to use digital platforms to expose or sell art. But not only were important exhibitions canceled, but also the precarious conditions in which many of the people who revolve around the spaces where artistic pieces were exhibited: curators, educators, cleaning personnel, administrators… The pandemic shook fairs, museums and art galleries. As if the biological world were related to the artistic and socio-political world, the pandemic showed the deficiencies of everything that surrounds contemporary art. Will museums seize this opportunity to repair the damage?

But not everything can be labeled in 2020 under the legend Covid-19. Social movements such as Black Lives Matter or Feminism served to remind us that we have not yet won the struggles that as a society we have fought for several years. In 2020 art actively participated in these issues reflecting, imagining or asking incisive questions from different disciplines. For several decades, art has played a very important role when debating the most urgent issues to be resolved. (Let’s remember the role it played in May ’68, for example.) And the battle is just beginning.

3) A new Rembrandt changes the map of art

At the end of July, Sotheby’s sold one of Rembrandt’s self-portraits that 1) had not been attributed to the painter until recently and 2) went from being purchased for € 700 in 1970 to €17 million this year. The finding is also important because it reveals that the art world does resemble those Hollywood James Bond stories where there are secret groups that own pieces of art that only they have access to. Why is this event important? The Spanish newspaper El País explains that, “basically, this product was not in the art world. In addition, it is an autobiographical image of a time when Rembrandt arrives in Amsterdam and sets up the business on his own, and his career begins to prosper. From the painting it is known, thanks to the studies of the wood expert Peter Karin, that the support came from the same oak as the portrait of Maurits Huygens, preserved in Hamburg. It is a contemporary of The Anatomy Lesson of Dr. Nicolaes Tulp (1632). ”

4) Banksy did it again

If a few years ago Banksy fed the media with a very powerful image of one of his works being destroyed after being sold at auction, in 2020 he surprised the media again when it was revealed that one of the ships carrying immigrants that endanger his life to try to reach European territories was financed by him. Banksy has a long list of detractors; all of them with valid arguments. However, in this case he gave up his artistic spirit to set foot on more dangerous ground.

5) The mysterious case of the monolith

In November, and to close an unusual year, a metal structure very similar to the monolith of Stanley Kubrick‘s 2001: Space Odyssey appeared in Utah. An air patrol discovered the artifact and the media began to speculate about this strange image that could portend the presence of extraterrestrial life on our planet. A few days later the object disappeared with the same mysterious with which it was found. Other cities around the world reported similar occurrences in their territory. The New York Times published an intriguing story about its origin. One of the possible lines of research led to the sculptor John McCraken. With the exception that the artist fond of the paranormal had died in 2011. The David Zwirner gallery—in charge of his legacy—is torn between the authenticity of the piece and the way in which the artist could have stolen it from his own catalog. Will we know the answer soon?