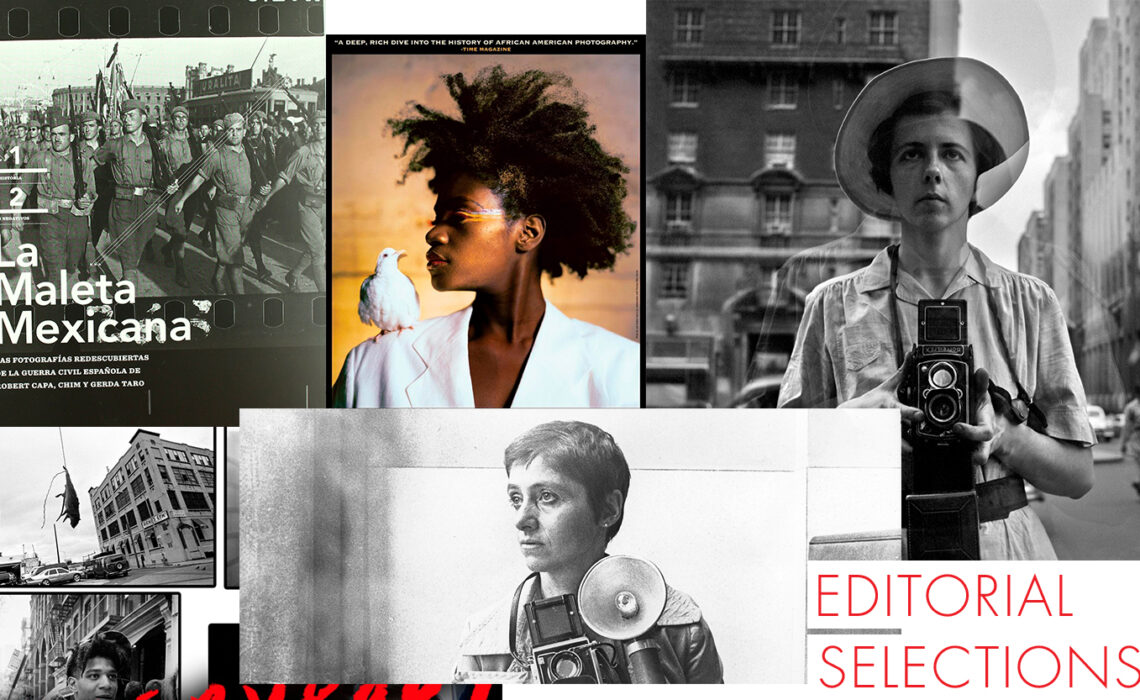 Since its invention, photography has caught artists and researches attention for the possibility of capturing time and space while challenging our gaze. Here are 5 documentaries about photographers and the impact of this art in the everydaylife we recommend for you.

Finding Vivian Maier is the critically acclaimed documentary about a mysterious nanny, who secretly took over 100,000 photographs that were hidden in storage lockers and, discovered decades later, is now among the 20th century’s greatest photographers. Directed by John Maloof and Charlie Siskel, Maier’s strange and riveting life and art are revealed through never before seen photographs, films, and interviews with dozens who thought they knew her.

Maier’s massive body of work would come to light when in 2007 her work was discovered at a local thrift auction house on Chicago’s Northwest Side. From there, it would eventually impact the world over and change the life of the man who championed her work and brought it to the public eye, John Maloof.

This insightful documentary about Diane Arbus was made in 1972 at the time of a retrospective of her work by the Museum of Modern Art, a year after her death and a feature at the Venice Biennale. It explains her work through interviews with her daughter, friends, critics and also in her own words.

Diane Arbus created powerful portraits of people on the fringes of society, odd types, circus freaks and ordinary unglamorous people. This was in stark contrast to the fashion and commercial work she and her husband where doing for Vogue and Glamour. Norman Mailer said once of her: “Giving a camera to Diane Arbus is like giving a hand grenade to a baby.”

Everybody Street illuminates the lives and work of New York’s iconic street photographers and the incomparable city that has inspired them for decades. The documentary pays tribute to the spirit of street photography through a cinematic exploration of New York City, and captures the visceral rush, singular perseverance and at times immediate danger customary to these artists.

Through a Lens Darkly: Black Photographers and the Emergence of a People (2014)

Through A Lens Darkly: Black Photographers and the Emergence of a People explores the history of Black photography and representation, and how contemporary artists use this material as inspiration in their visual storytelling. The film begins with the filmmakers consideration of conflicting legacies regarding his humanity and self-worth as an African American. He assembles a community of photographers and artists including Carrie Mae Weems, Lorna Simpson, Anthony Barboza, Hank Willis Thomas, Lyle Ashton Harris and Glenn Ligon – who together shake up the familiar foundations of the images that have shaped the popular cultures view of what Blackness is and who Black people are.

Interweaved throughout the film, the work of pioneering Black men and women photographers, whose images have helped reclaim the collective self-worth and humanity, will be highlighted, uncovering a rich history of African American contributions to the development of photography, both as an art form as well as a force to be reckoned with.

The story of three lost boxes known as the Mexican Suitcase that were recovered in 2007. The boxes, misplaced in the chaos at the start of WWII, contained many of the Spanish Civil War negatives by the legendary photographer Robert Capa and fellow photographers Gerda Taro and David “Chim” Seymour.

The Provocation Column
Is There A Digital Photography Revolution?
Collections
The Most Valuable Photography Collections in the World
Editorial Selection
5 Art Books to Read in April