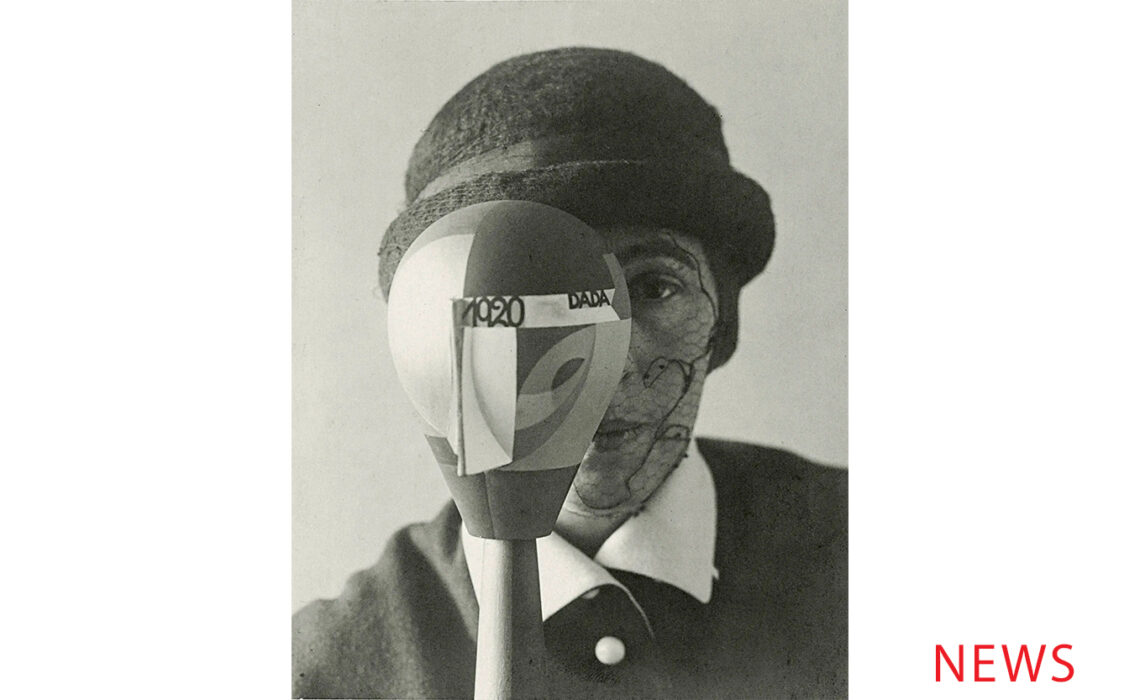 Dada is undoubtley one of the most important art movements of the 20th Century. Its power and importance has been historically attributed to characters such as Marcel Duchamp, Jean Arp or Man Ray. However, art history has forgot the key role some women artists played on this movement and the influence of their work on subsequent movements. The MoMA is currently displaying a major exhibition of one of the artists whose artistic practice was so innovative that transitioned from Dadaism to Abstractionism.

Sophie Taeuber-Arp (1889–1943) was one of the most multitalented of modern artists, creating profoundly innovative work across many disciplines. In 1927, she wrote, “The desire to enrich and beautify things cannot be interpreted materialistically, that is, in the sense of increasing their value as possessions; rather, it stems from the instinct for perfection and the creative act.” Over the course of her career, she demonstrated this desire to make beautiful things, with a level of precision that would become her hallmark, in a wide variety of artistic pursuits.

She worked as a designer of textiles, beadwork, costumes, furniture, and interiors, as well as an applied arts teacher, puppet maker, architect, painter, sculptor, illustrator, and magazine editor. Through her artistic output and professional alliances, she consistently challenged the historical boundaries separating fine art from craft and design. 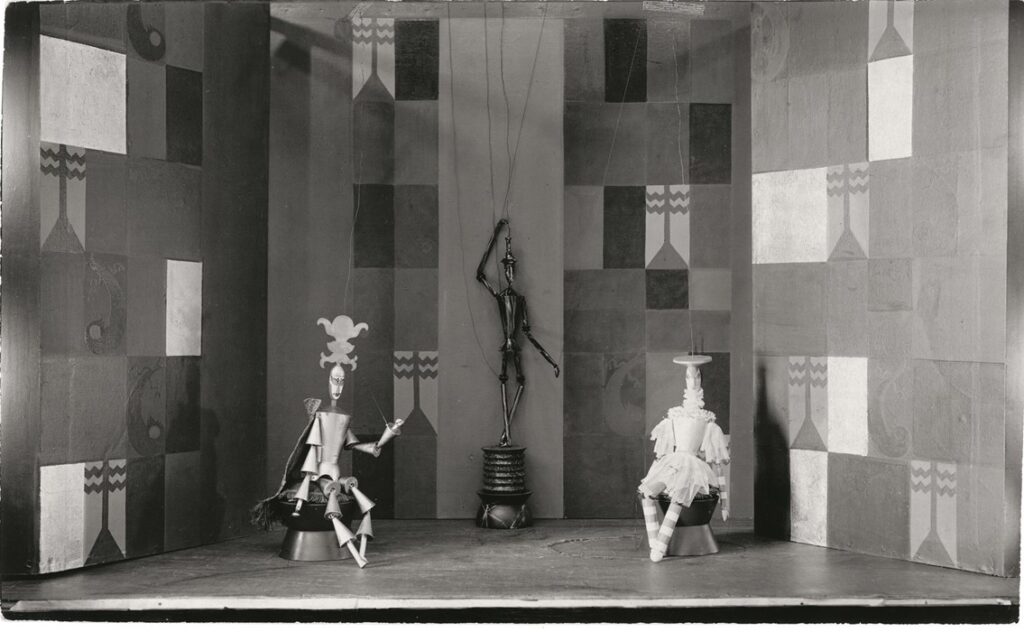 Taeuber-Arp became an active participant in the Zurich Dada movement, initiated by Arp and other exiles who found refuge in the Swiss city during World War I. In order to support herself and Arp, she taught textile design at the School of Applied Arts in Zurich from 1916 to 1929. In 1918, Taeuber-Arp was commissioned by the school’s director to design marionettes for a modern adaptation of the 18th-century commedia dell’arte play King Stag; celebrated by her contemporaries, these painted turned-wood figures appeared in a variety of avant-garde publications during her lifetime. Taeuber-Arp’s group of related sculptures of abstracted heads are today considered icons of the Dada period. 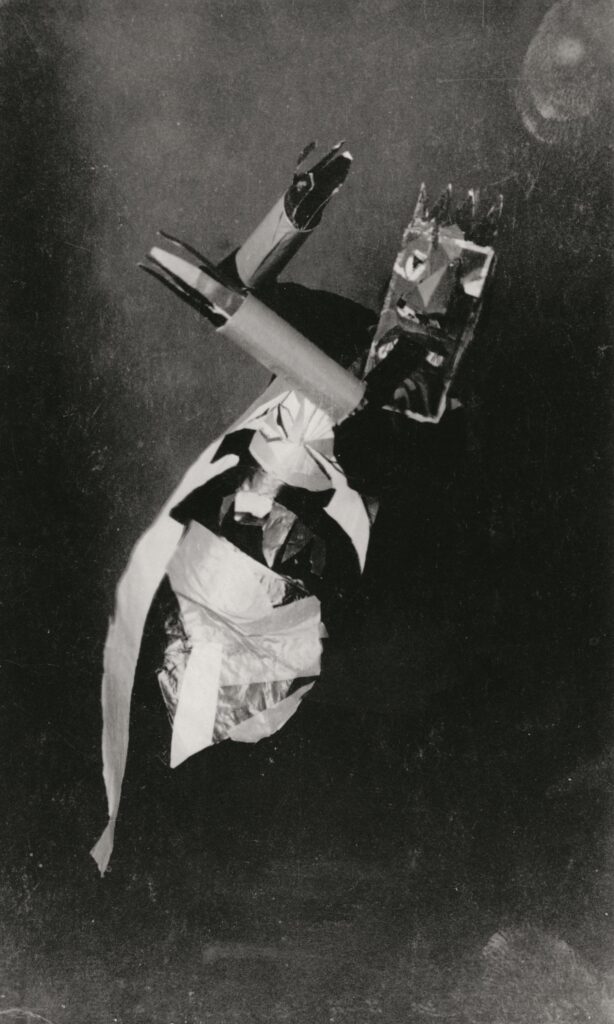 Sophie Taeuber-Arp dancing with a mask by Marcel Jonco, most likely at the Cabaret Voltaire, Zürich, 1916-1917All rights reserved. Fondation Arp photographic archives. 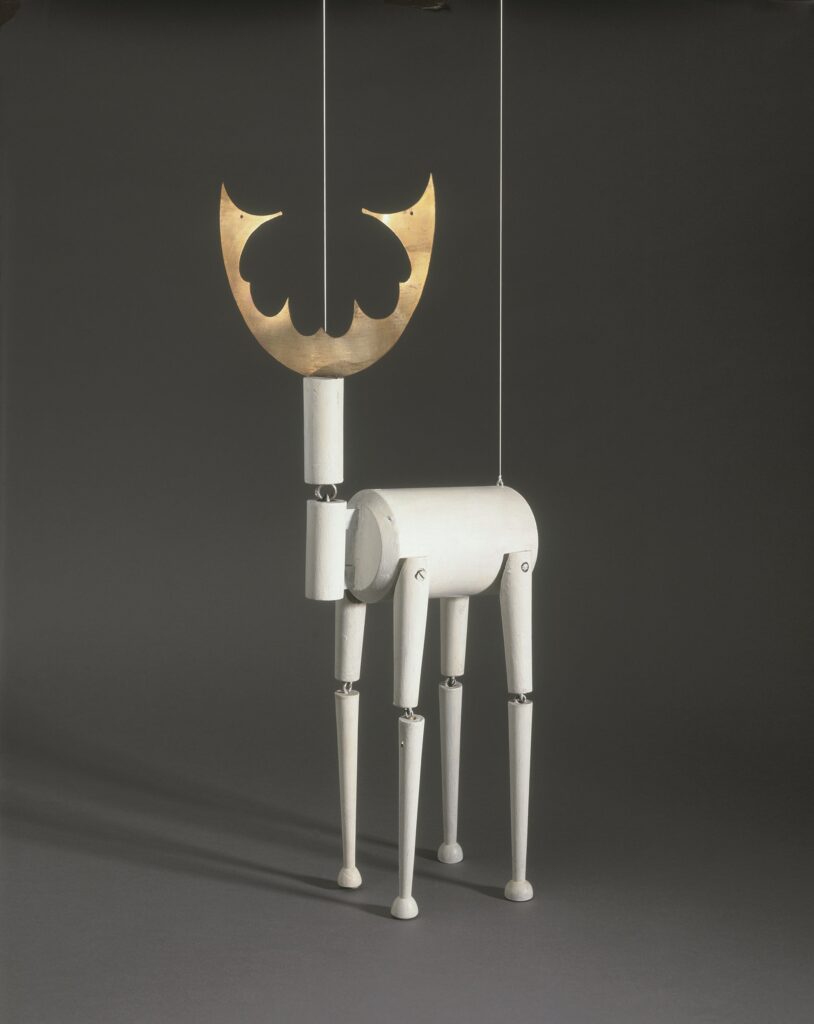 Sophie Taeuber-Arp: Living Abstraction is the first exhibition in the United States in nearly 40 years to chart the full sweep of the artist’s multifaceted career. It features some 300 works, including textiles, applied arts objects, marionettes, interior and architectural designs, furniture, paintings and relief sculptures, works on paper, photographs, and a selection of printed matter. The exhibition aims to advance our understanding of Taeuber-Arp’s distinctive cross-pollinating approach to abstraction, and to explore the different ways in which her work challenged the boundaries separating fine art from craft and design. 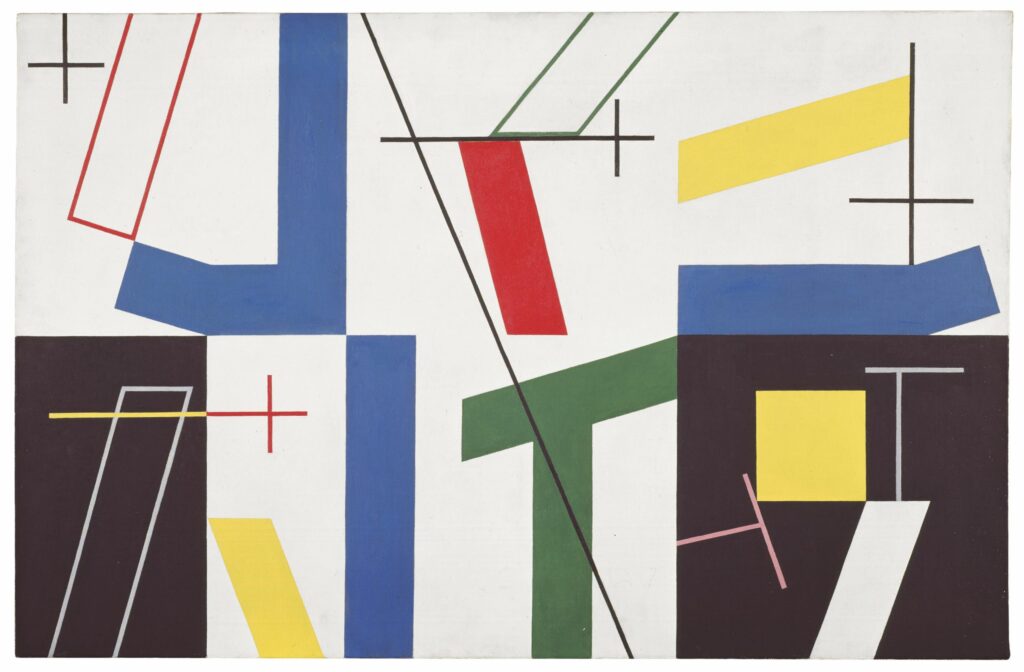 In the late 1920s and early 1930s, Taeuber-Arp embarked on several architectural and interior design projects, most significantly a collaboration with Arp and the Dutch artist Theo van Doesburg on the ambitious decoration of the Aubette entertainment complex in Strasbourg, France. Taeuber-Arp spent her final years in exile in the South of France during the Nazi occupation. In this last phase of her career, she contributed to the print portfolios 5 Constructionen + 5 Compositionen and 10 Origin, published by the association of Swiss modern artists Allianz, and made a series of exuberant line drawings that appear improvised but are actually precisely planned and executed. After Taeuber-Arp’s accidental death by carbon monoxide poisoning in 1943, Arp worked to promote her legacy, in part by producing a number of posthumous “re-creations” of her artworks. 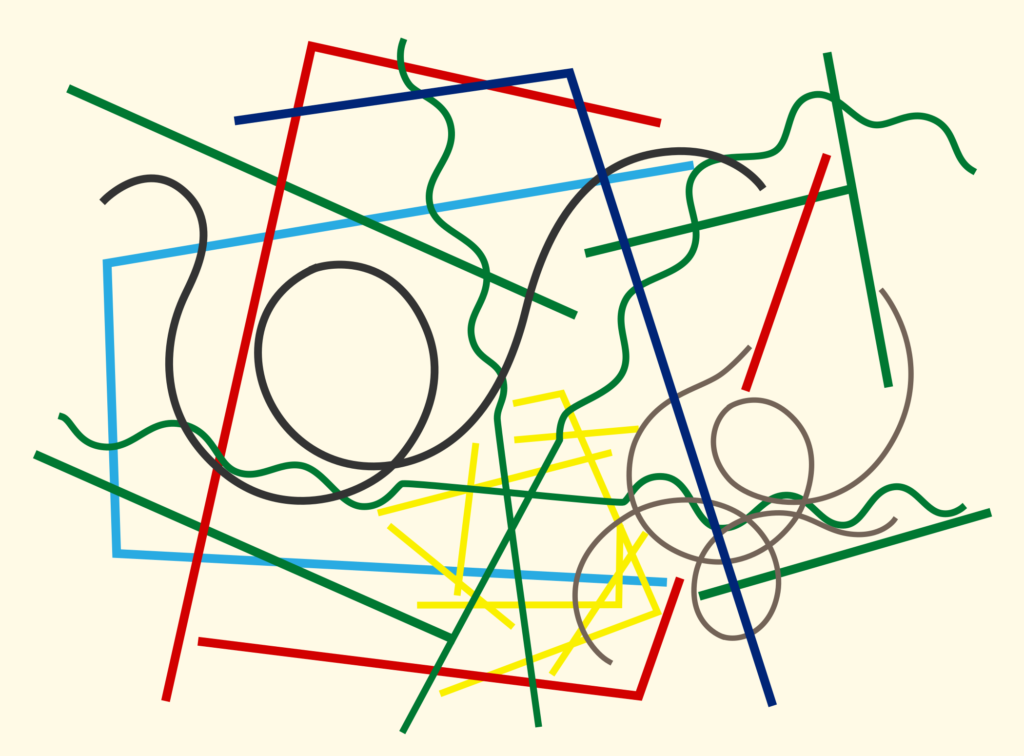