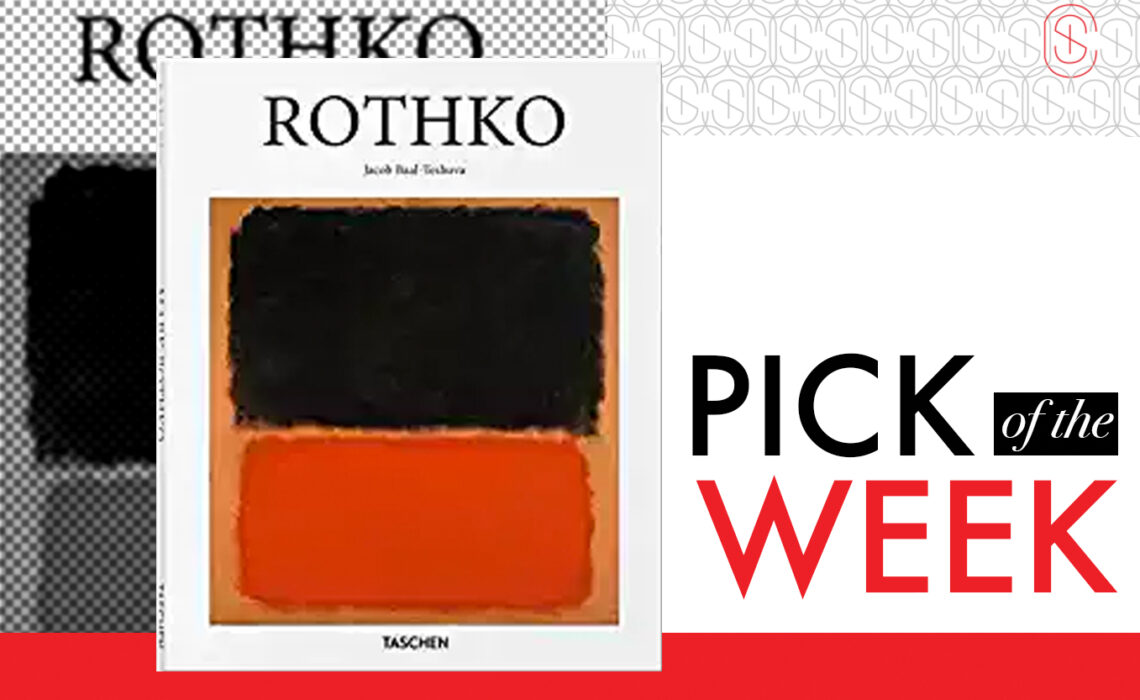 Book of the Week: Rothko

Shimmering, pulsating color masses characterize the Abstract Expressionist masterpieces of Mark Rothko. Like no other artist in his generation, Rothko developed his own stylistic vocabulary, creating ceiling-high canvases that were to be experienced as much as seen, submerging viewers in the drama, intimacy, and tragedy of the human condition.

Resisting interpretation or classification, Mark Rothko (1903–1970) was a prominent advocate for the artist’s consummate freedom of expression. Although identified as a key protagonist of the Abstract Expressionist movement, first formed in New York City, Rothko rejected the label and insisted instead on “a consummated experience between picture and onlooker.”

Following a repertoire of figurative works, Rothko developed his now iconic canvases of bold color blocks in red, yellow, ochre, maroon, black, or green. With these shimmering, pulsating color masses, Rothko stressed that he had not removed the human figure but rather put symbols or shapes in its place. These intense color forms contained all the tragedy of the human condition. At the same time, Rothko explicitly empowered the viewer in the expressive potential of his work. He believed “A picture lives by companionship, expanding and quickening in the eyes of the sensitive observer.”

From his early development through to his most famous color fields, this book introduces the intellect and influence of Rothko’s dramatic, intimate, and revolutionary work.

Jacob Baal-Teshuva, born 1929, is author, critic and independent curator of museum shows. He studied at the Hebrew University in Jerusalem and New York University. His numerous publications include works on Marc Chagall, Alexander Calder, Jean-Michel Basquiat, Andy Warhol, and Christo and Jeanne-Claude. Jacob Baal-Teshuva lives and works in New York and Paris.