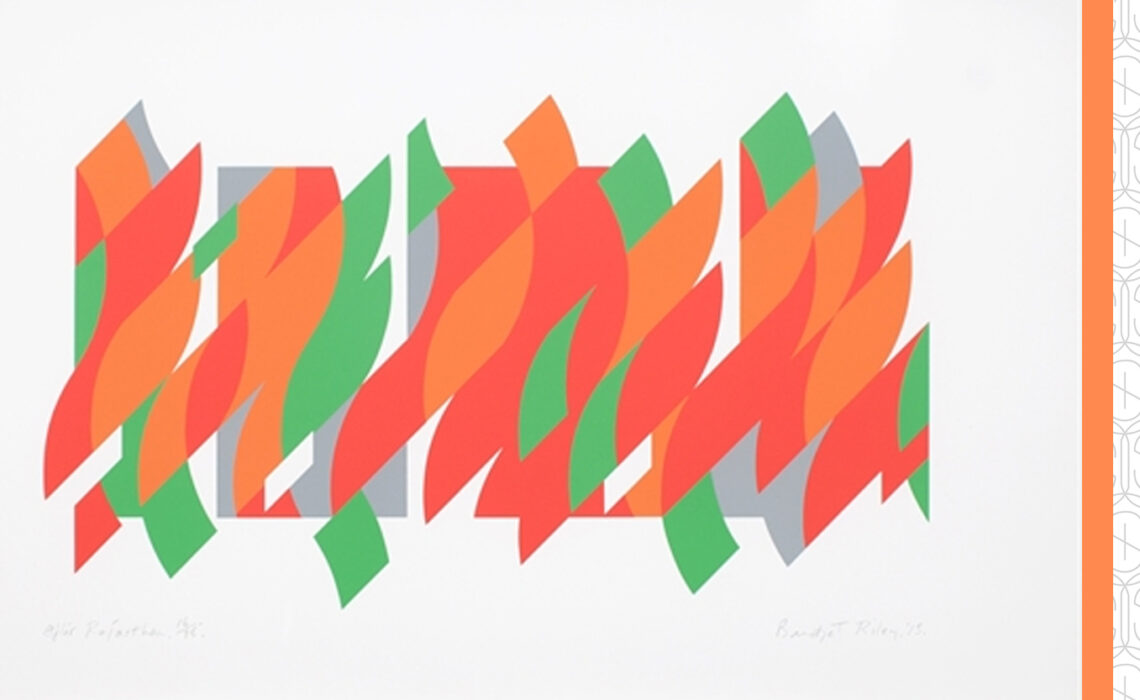 Want to get a piece by a renowned artist but don’t want to spend a fortune on it? Artnet’s 40 Under 10 sale returns with desirable contemporary prints, each under $10,000.

Merging eye-popping colors and geometric patterns, Bridget Riley plays with the brain’s processes of visual perception to create dynamism and movement in her paintings and prints. A leading figure of the 1960s Op Art movement, her work was featured at The Museum of Modern Art’s landmark 1965 exhibition “The Responsive Eye” alongside works by Ellsworth Kelly, Frank Stella, and Victor Vasarely. After Rajasthan is an excellent example of Riley’s later shift to a colored palette and expresses her skill at crafting vivid sensations of movement with simple abstract shapes.

Since the height of the Op Art movement in the 1960s and ’70s, Riley’s work has evolved dramatically with her introduction of color into her original monochrome palette of black and white. Compositionally her work has also changed with the artist exploring different combinations of geometric forms such as stripes, parallelograms or curves. What remains constant, however, is Riley’s ability to continually create movement and visual interest across all her work.

Bridget Riley was born in 1931 and studied at Goldsmiths College and later at the Royal College of Art where her contemporaries included Peter Blake, Frank Auerbach, and David Hockney. Riley first came to prominence as the foremost exponent of the British Op Art movement which aimed to create geometric abstract compositions that deliberately manipulated the viewer’s eye and created dramatic visual movement on the picture surface. 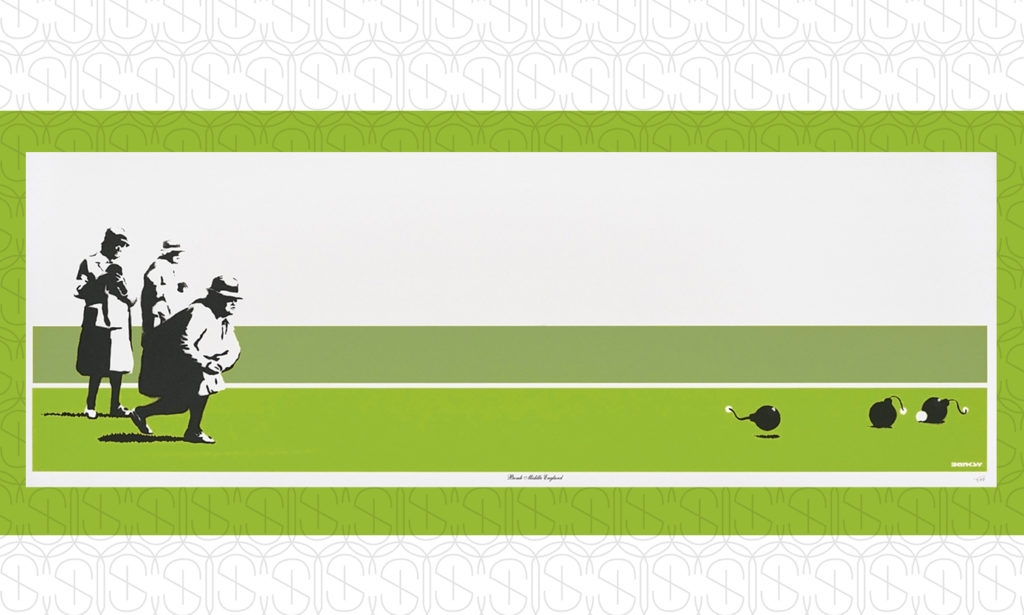 The present work is a prime example of Banksy’s embodiment as a prolific graffiti artist and political activist, who combines satirical street art with subversive epigrams. Bomb in Middle England is a powerful image of three gentlemen bowling outdoors with bombs, as opposed to bowling balls. The artists signature urban style is prominent as the stark figures become multi-denominational on the monochromatic grass colored background, commensurate to Banky’s infamous works that almost magically appear on public edifices worldwide.

The present work is accompanied by a Pest Control Certificate of Authenticity. 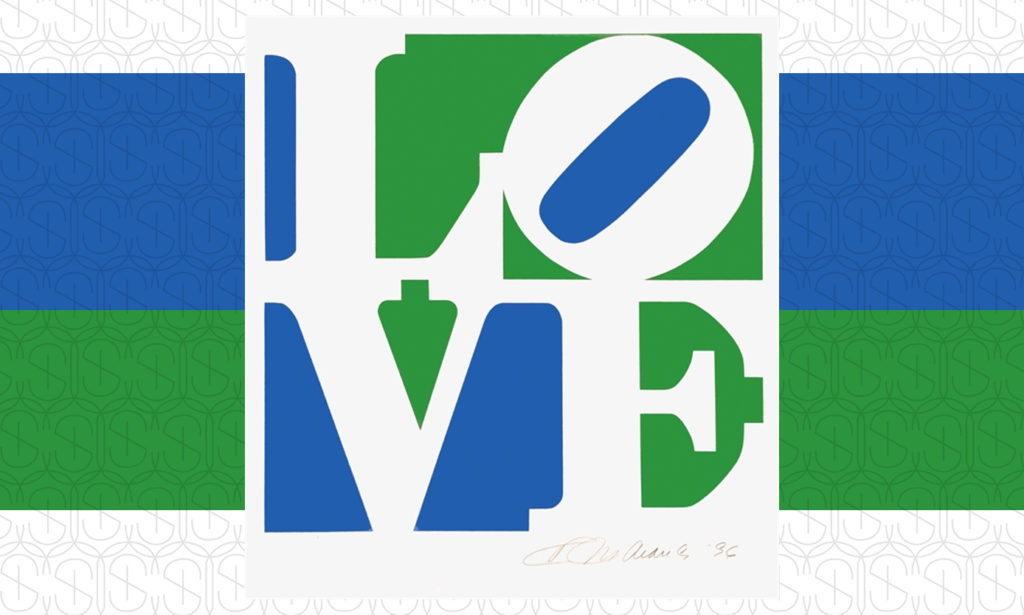 Arguably one of the most important American artists of the 20th century, Robert Indiana rose to prominence with this instantly recognizable print. Originally designed to be a Christmas card for The Museum of Modern Art in 1964, the print seized the world as an anti-war emblem of the peace movement. Today, Indiana’s imagery has been recreated and represented in different tones and languages, and even translated into sculpture, found in numerous cities internationally. In the 1990s, Indiana was asked to recreate his love image in different colors, one of them being the present print, Love, making it a highly sought-after work.