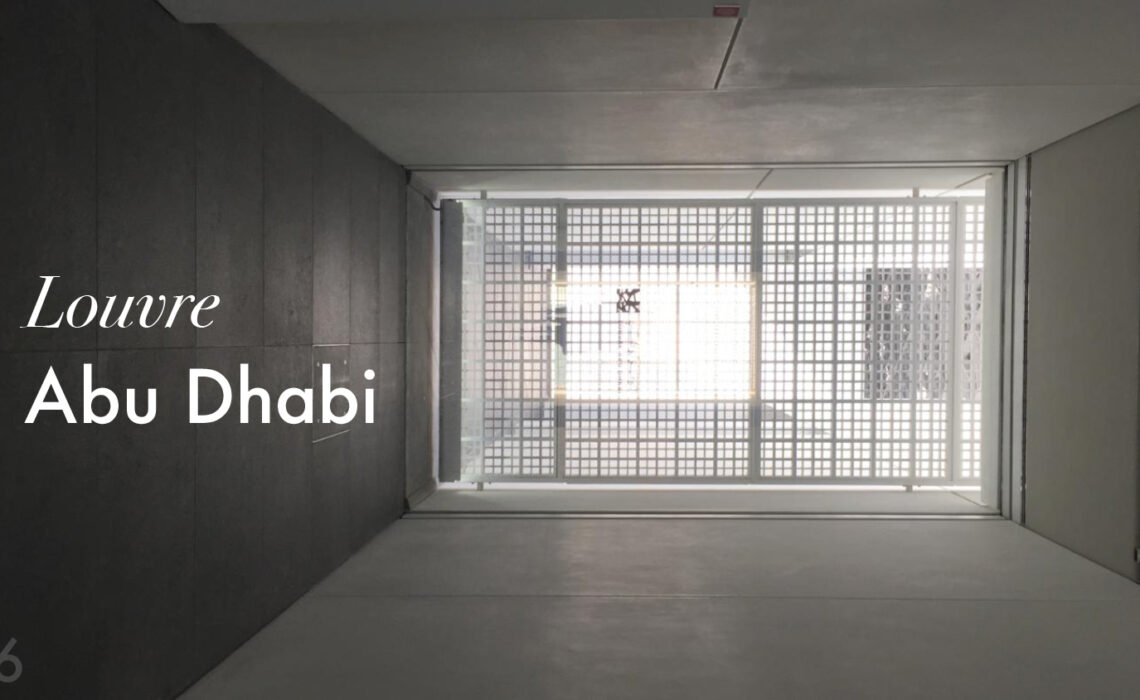 Abu Dhabi is home to nearly 200 islands, and archipelagos (both natural and manmade) dot the shoreline of Saadiyat Island. Shining among these is one of the grandest museums ever designed, with its impressive dome swathed in over 7,500 stars, so impressive that it bears the name LOUVRE (at a cost of $525 million dollars paid to France).  While filled with 23 galleries, the Louvre Abu Dhabi structure itself is a marvel of engineering and artistic expression. Taking the 18th century style of museum layout, with works all genres, techniques, and cultures, and bringing it into the 21st century, providing the contemporary audience with a comprehensive collection which spans over thousands of years.

In a region where temperatures may rise well above 100°F/38°C, shade is a necessity.  The palm tree, a symbol of the region and celebrated, en masse, as a UNESCO site at Al Anin Oasis, combines with the traditional layout of a village in this breathtaking architectural achievement.

The complex mimics the medina (the traditional center of a bustling city) of a middle eastern city, allowing visitors to stroller through the areas, offering an atmosphere of artistic expression and contemplation. The dome allows light to filter through the structure, encouraging people to move from building to building, still protected by the dome, enclosed in its microclimate. The term “Rain of Light” highlights the experience as light showers down through the star-shaped openings.

The collaboration between France and UAE brings pieces from the iconic Louvre’s collections, as well as an expansion of exhibitions from 13 other partner museums. This project was established in 2007 as the first part of a plan to develop the area, boosting tourism, attracting English speaking visitors, and expanding the developing art scene to the center of the Arabian Peninsula. The would allow the UAE to build upon the changing social and aesthetical conditions which leaders in Abu Dhabi had been working on.  Later projects are planned, including 3 other museums. 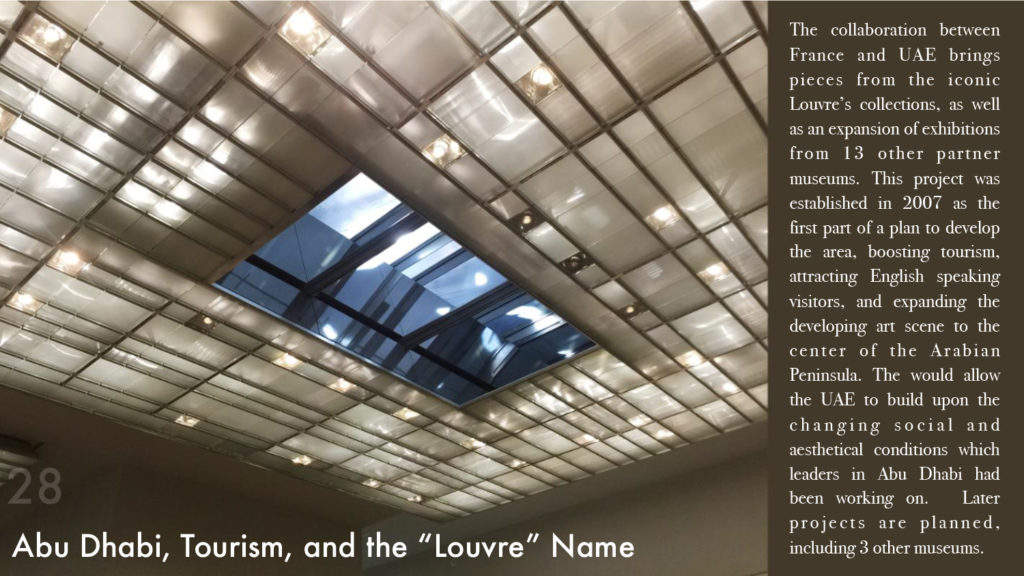 Jean Nouvel, winner of the most sought-after architecture accolade, the Pritzker Prize, in 2008, began this project without knowing the project he designed would later bear the Louvre name. He strove to create something not only to represent the unique architecture of the area, but to create an environment in which visitors can simply experience an entire city of art.

55 separate buildings mimic a city, and open walkways and water features encourage them to visit galleries, a 270-seat auditorium, a shop, and both a café and restaurant. In a desire to create more open space, the engineers spent more than a year and 23 models to create the structure with only four supporting piers, each hidden within the buildings’ walls, accounting for the man-made base in an earthquake zone.  A basement allows for waterways to mingle with outdoor works, connecting the facility with the sea and allowing visitors to arrive by boat. Artwork was specifically commissioned for the outside spaces draw attention to the architectural beauty of the complex, so no peripheral area is want of attention.

An architectural Gem in the Middle East

Standing as a beacon of art and culture in this global city, the Louvre Abu Dhabi invites international visitors to experience a world of art in a middle eastern capital. Combining ancient with modern, East with West, and the sun and the water, the “art community” found here stands to become the center of the new art scene in Abu Dhabi.