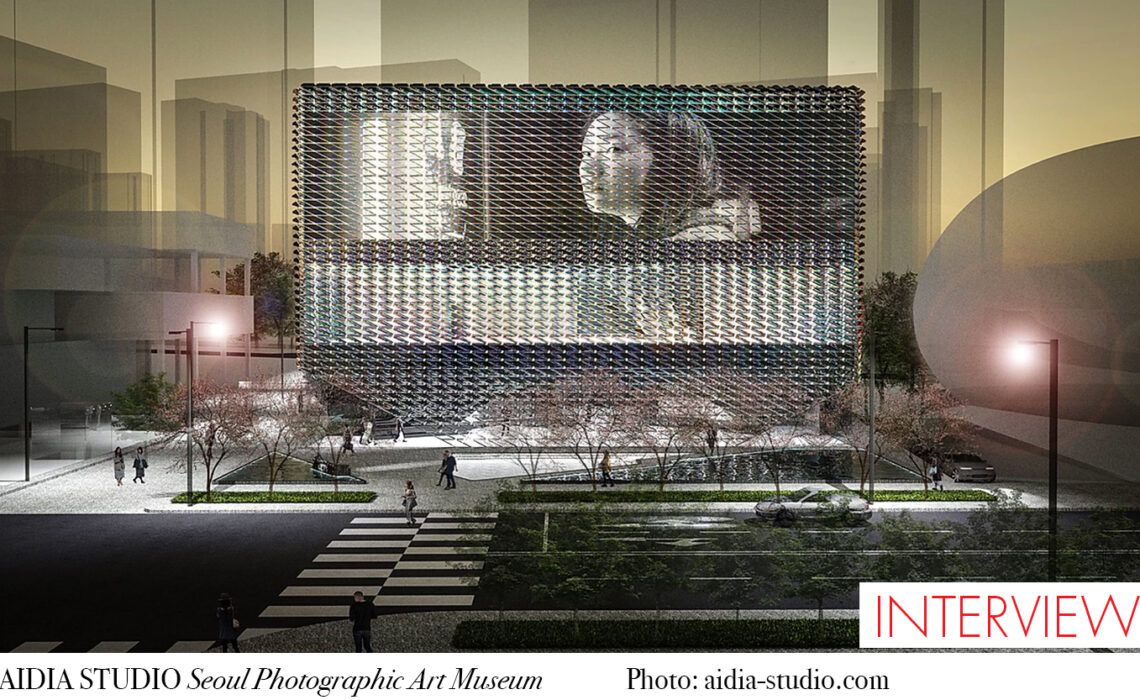 A new Arab museum will take place in Sharjah, United Arab Emirates, and is being designed by Mexican studio Aidia, which is composed of Rolando Rodriguez-Leal and Natalia Wrzask. The firm won the Rifat Chadirji Prize at the end of 2019 to develop a proposal that will house Barjeel’s vast art collection, with more than 1000 works by contemporary Arab artists. 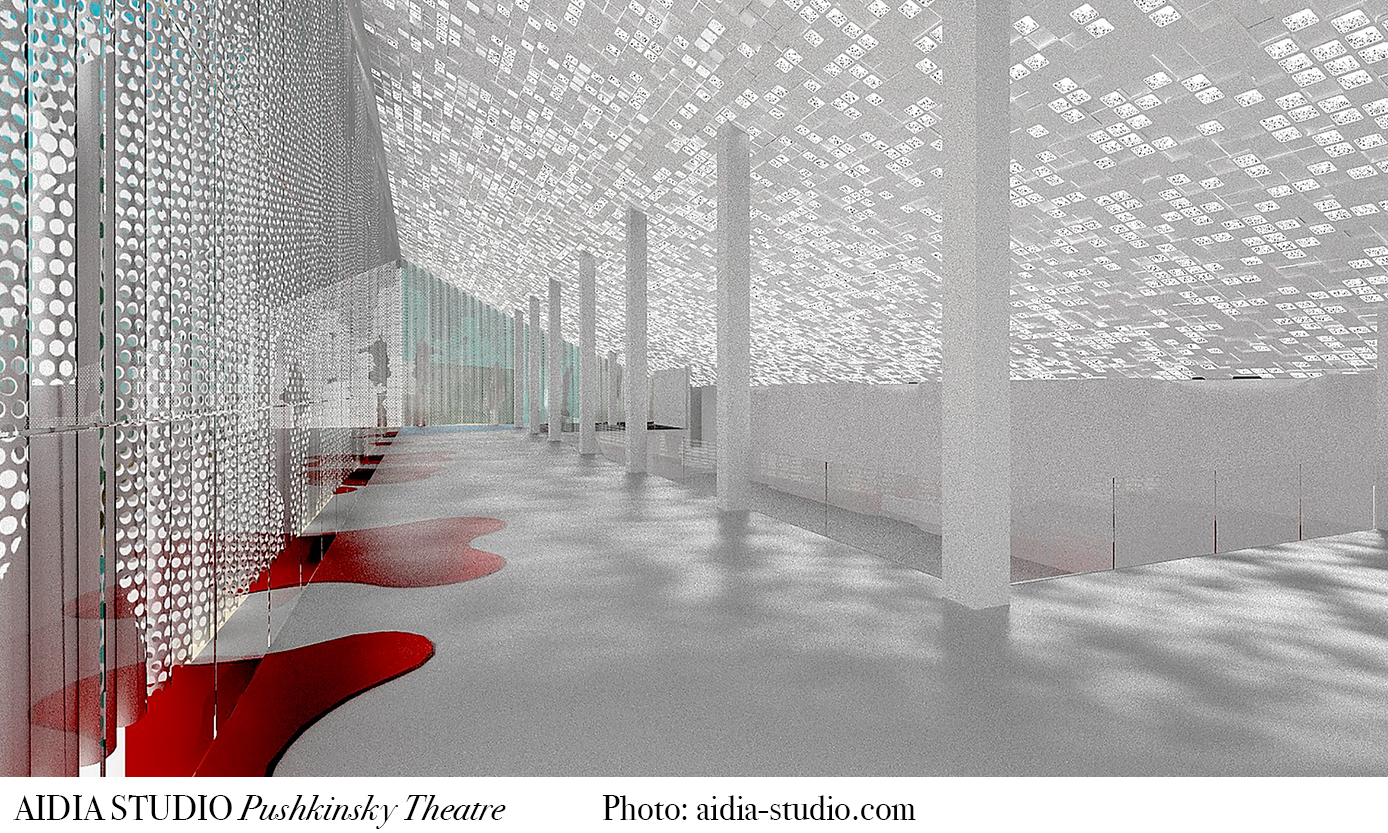 AIDIA Studio’s work is an Arab palace. The museum is organized by a circuit that takes the visitor around the internal courtyards. There are also porous walls and galleries below street level to protect the collection from natural lighting. The Mexican studio based its design on three factors: 1) how to turn a space into a work of art in itself, 2) how to create an ideal atmosphere for the exhibitions and 3) how to dialogue with Sharja’s atmospheric conditions. In her own words for Sybaris Collection: “there are many references that informed the development of the design. We sought, for example, to recreate the sequence of outdoor spaces seen in the Alhambra in Granada, which guide the tours. For the roof, we were inspired by the geometric patterns so present in the vernacular architecture of the Arab world, in the emirate traditions of textiles and in the construction of wooden boats. 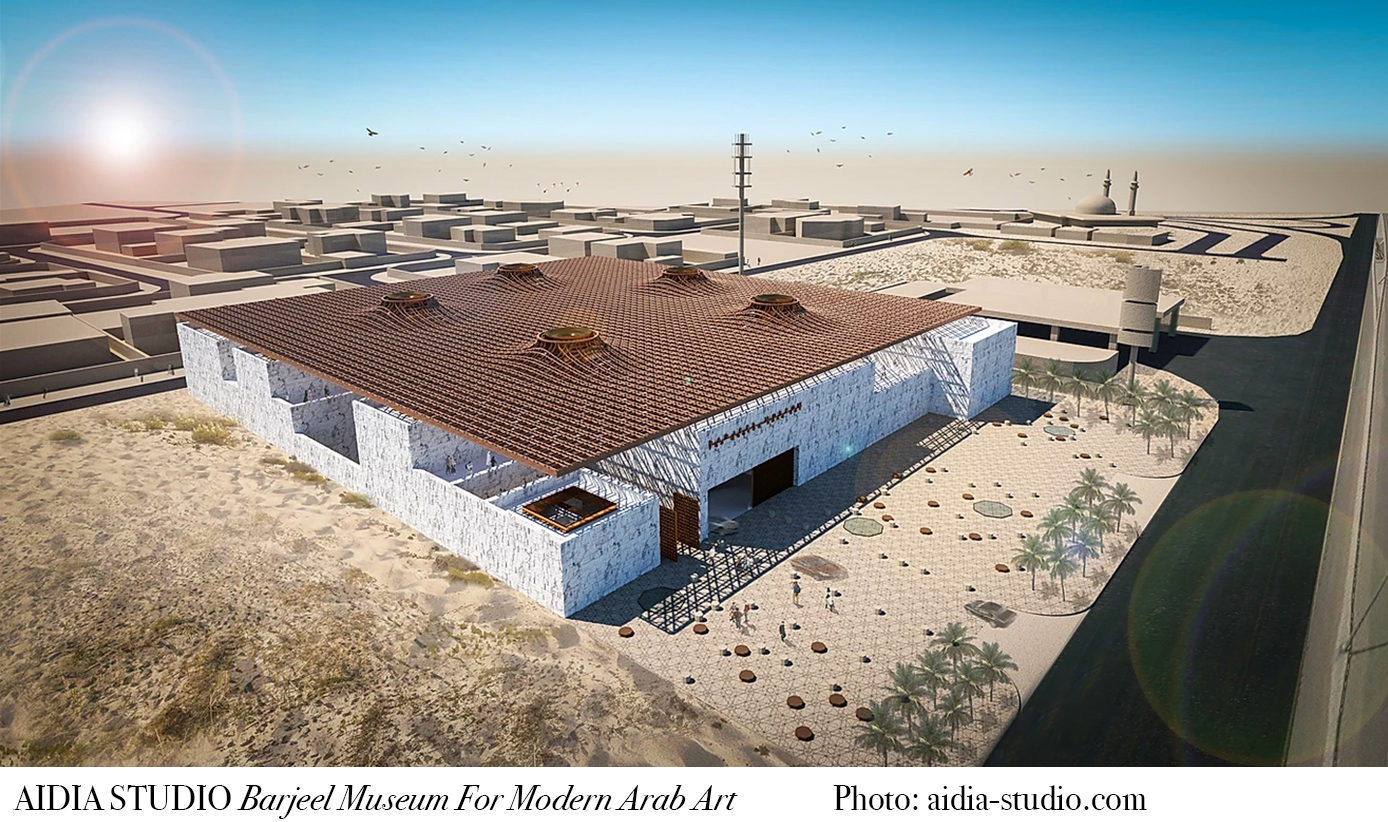 “We think that architecture is the art of creating spaces and provoking a reaction in the user, although in the case of the Barjeel Museum for Modern Arab Art, we believe that the protagonist should be the collection. Here architecture must accompany and help to lead the visitors through the spaces. We have focused on proposing a rhythm, an atmosphere, a lighting and a relationship with the exterior spaces; the intention is for the experience to be slow and at the same time fluid, for the user to assimilate the collection and be introduced to the narrative that it proposes, but with visual breaks that give the visitor a break. Architecture plays a fundamental role in how we assimilate an art collection and how much we manage to connect with it.

“The context is a determining factor and probably the one that most conditions the way our architecture unfolds. And this not only refers to the site where the project is located, the views it has or accessibility; but also to the climate – sunshine, relative humidity, prevailing winds, etc. We know that works of art are particularly sensitive to extreme conditions of temperature and humidity, so we have chosen a medieval and introverted typology that minimizes solar exposure. Based on this condition we opted to introduce a perforated roof that would mitigate the sunshine on the museum and the exterior spaces. We also opted for a white stone covering to increase the reflectivity index and heat absorption. 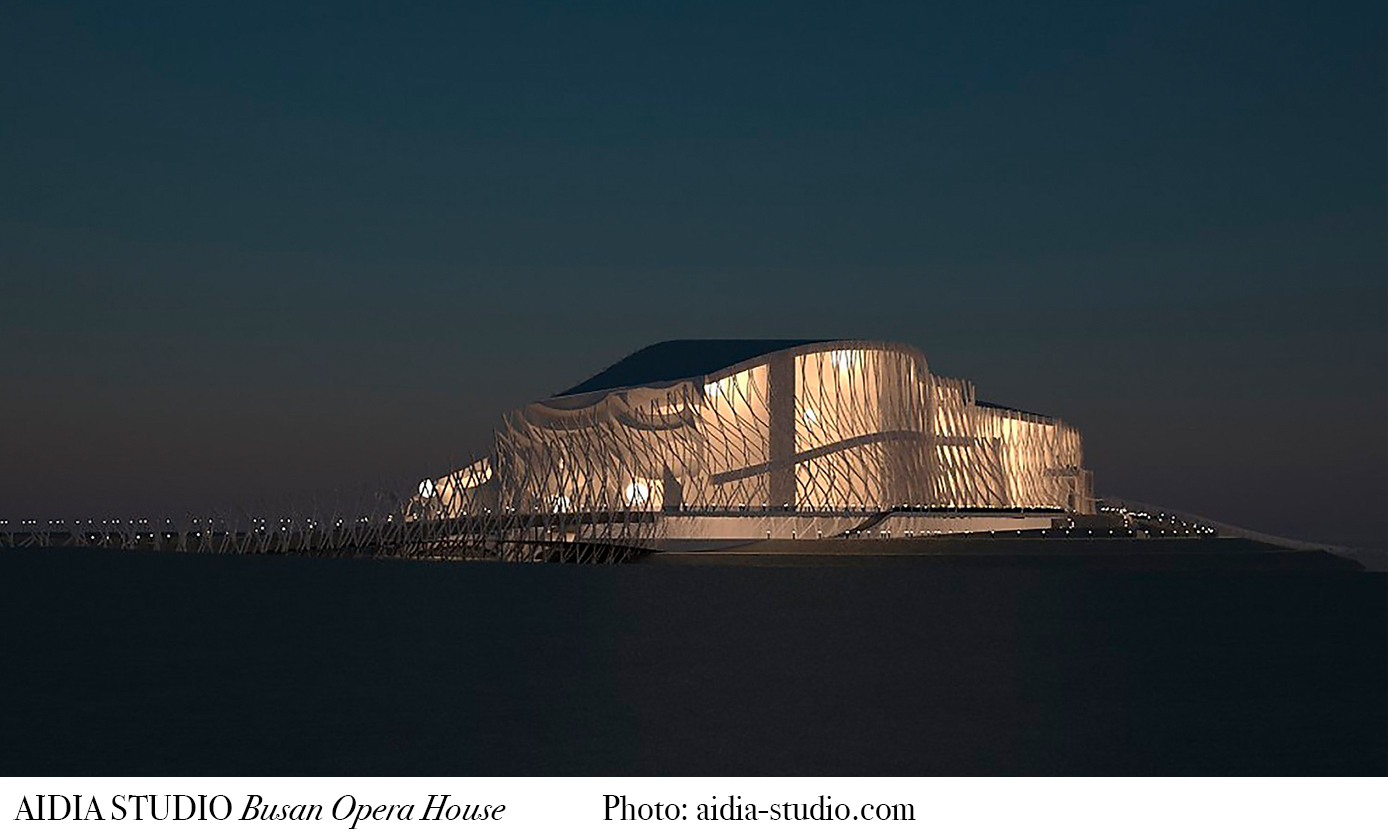 “Probably what defines the project is the tension that is generated between the orthogonal volumes of the galleries and the wooden fossil cover. The dance of light through the exterior spaces that develops during the day surprising us and accompanying us in different spaces”.

The name of the studio is a transliteration of the English word Idea: if it is read aloud and written in Spanish the result is irrevocable: AIDIA. In this way, design and architecture open a dialogue with linguistics and writing. Its founders have an impressive track record, to say the least. Rolando Rodríguez-Leal studied architecture at the Universidad Iberoamericana. He worked on private commissions and in 2003 began a Master’s degree in Housing and Urban Planning at the Architectural Association in London. He completed several projects for the Foster + Partners studio in London and in 2006 he led the winning competition for the Motor City complex in Spain. Two years later, he joined Zaha Hadid Architects as principal architect. By 2013 he worked at Ateliers Jean Nouvel as a senior project architect. There he managed the facade package and coordination of exterior works for the Louvre Museum in Abu Dhabi, United Arab Emirates. He was a guest critic at Tsingshua University, Beijing.  Today he is an associate professor at the Universidad Iberoamericana and directs the studio. 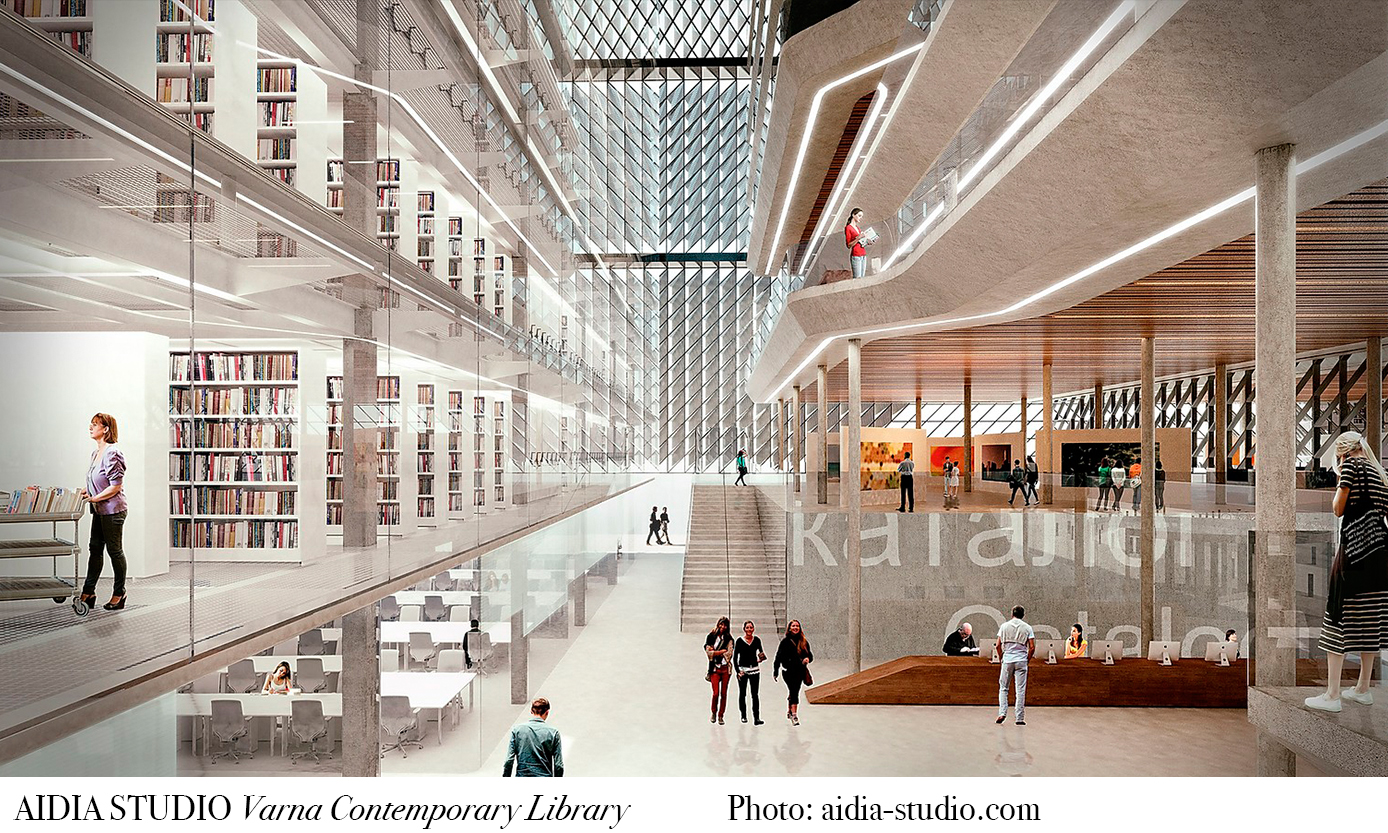 On the other hand, Natalia Wrzask graduated in Architecture and Urban Design from the Technical University of Gdansk, Poland. In 2006 she was part of Foster + Partners in London and participated in the design of the Mandarin Oriental Hotel in Mexico City. In 2009 she was assigned to Foster and Partners office in Beijing and directed the design of the Citic Bank Headquarters Tower in Hangzhou, China. For 2011 she was part of Zaha Hadid Architects, where she managed several projects such as SOHO Wangjing (400.00 square meters) in Beijing. In 2013 she was part of Ateliers Jean Nouvel under the position of Senior Project Architect and there she managed the coordination of the glazing and opening package in exteriors and interiors. She worked on the coordination of interior museography and showcases at the Louvre Abu Dhabi Museum, United Arab Emirates.

“Our process seeks to find all those elements that are specific to the context, the site or the theme of the museum that will serve as a thread to guide the development of the architectural design. AIDIA is the transliteration of the English term “Idea”, an idea is a hypothesis, a point of view a lens that gives us our own optics. It is not always easy to find that argument, but we always tirelessly search for the specificity that gives each project its unique identity. For example, while in Barjeel the narrative focuses on medieval typology with interior courtyards in tension with the parasol, in Seoul Photographic Museum we have focused on the various effects that we could generate with light through prisms on the skin of the building. The common denominator is to propose an experience, even though each project achieves this in a different way.