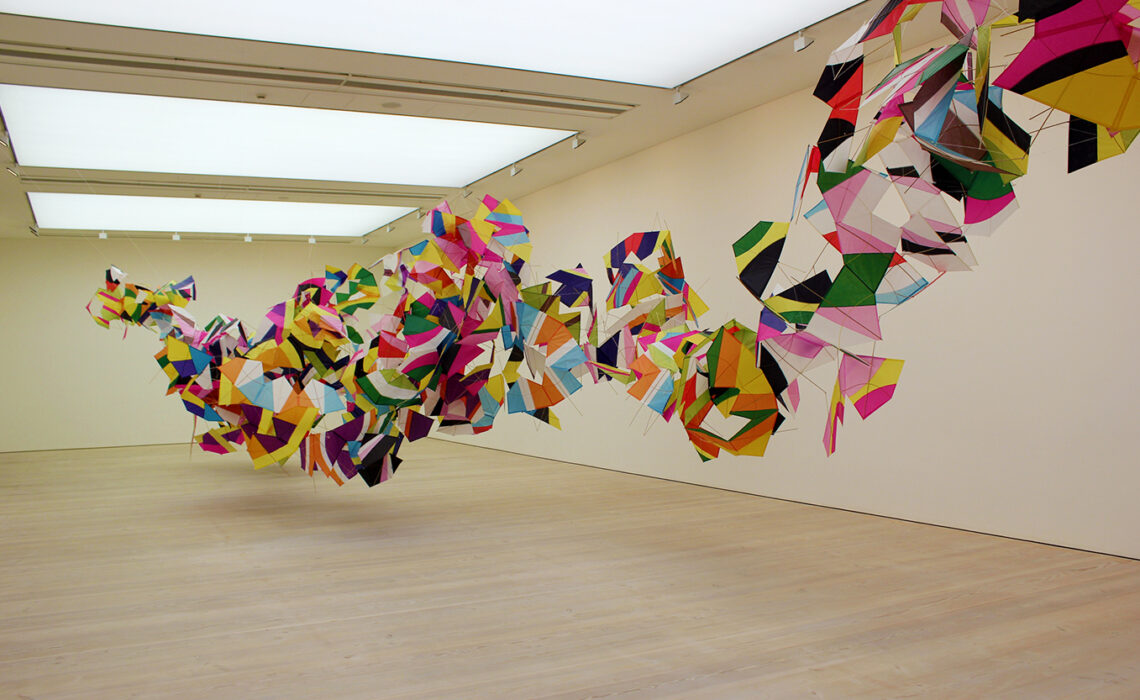 Sculpture is one of those genres that many art lovers appreciate, but don’t often purchase and display at home. Struggling to find the right location where the work can be enjoyed while not taking up valuable floor space in a home or office, collectors sigh as they pass an otherwise breathtaking piece of art they wish they could own.

Suspended sculpture can either be static or kinetic, the latter differentiated by possessing movement. Kinetic art has been created in all forms of art, but sculpture is ideal for providing moving parts and not just perceived (virtual) movement.

A History of Suspended Art

The predecessor of suspended sculpture could be considered the earlier “mobile.” Some early sculptures/mobiles have been discovered in early Egypt, and Finnish hanging sculptures, called Himmeli (heh-muh-lee), were geometric shapes woven from rye straw and hung over the dining room table for good luck. 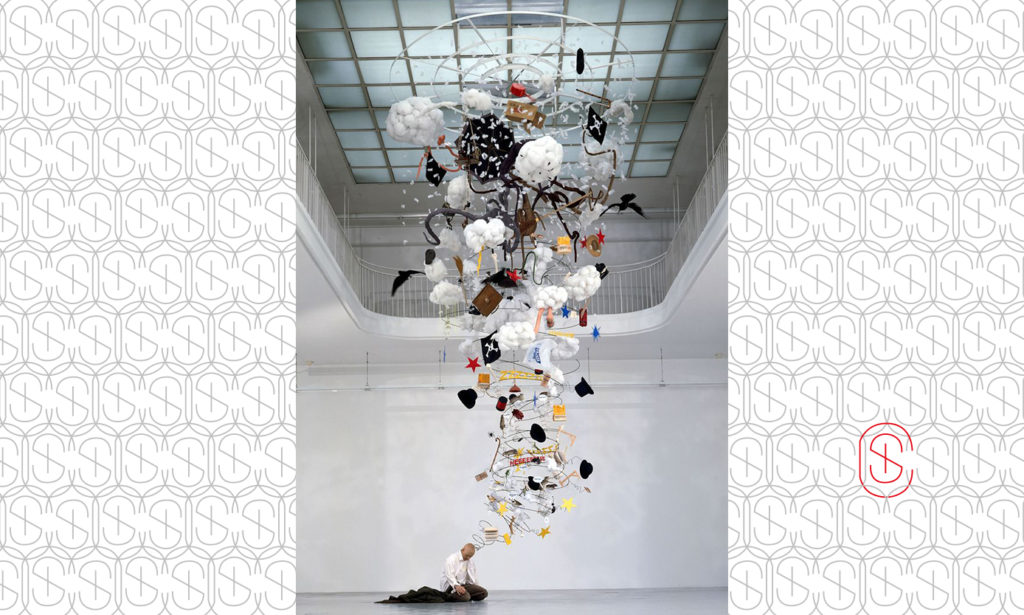 As trends in modern art emerged around the world in the early 20th century, some pioneers in kinetic sculptures gained notoriety. Pioneering artist Marcel Duchamp used ready-made materials to create pieces which moved with a breeze. Alexander Calder (grandfather of the modern mobile) began hanging art in the 1930’s to take advantage of airflow, and later went on to create more installation sculpture for public viewing.

Although not all suspended sculpture is kinetic, even static pieces give the viewer a feeling of movement and energy. The ability to see a work of art from many different angles provides a complex story or narrative for the viewer, either clear in the display or within the viewer’s interpretation of the artwork.

In terms of decorative value, the use of suspended sculpture provides collectors with works to utilize spaces otherwise difficult to decorate; entryways, hallways, and narrow spaces with little floor space can be enhanced without the addition of intrusive pieces, and large works may contain varying materials. Further, homes with living spaces spanning multiple stories have a plethora of ceiling space which can be beautified by suspending pieces, filling the opening and drawing the eye upwards to accentuate the home’s design. For those who are looking for large-scale pieces to fill a void, a suspended sculpture can utilize a mostly “dead” space with color, interesting shapes, and artwork which accentuates other furnishings or architecture within the room. Kinetic pieces can spark curiosity and bring action to a large, formal location. Due to these characteristics, suspended sculpture has been used in large installations worldwide. 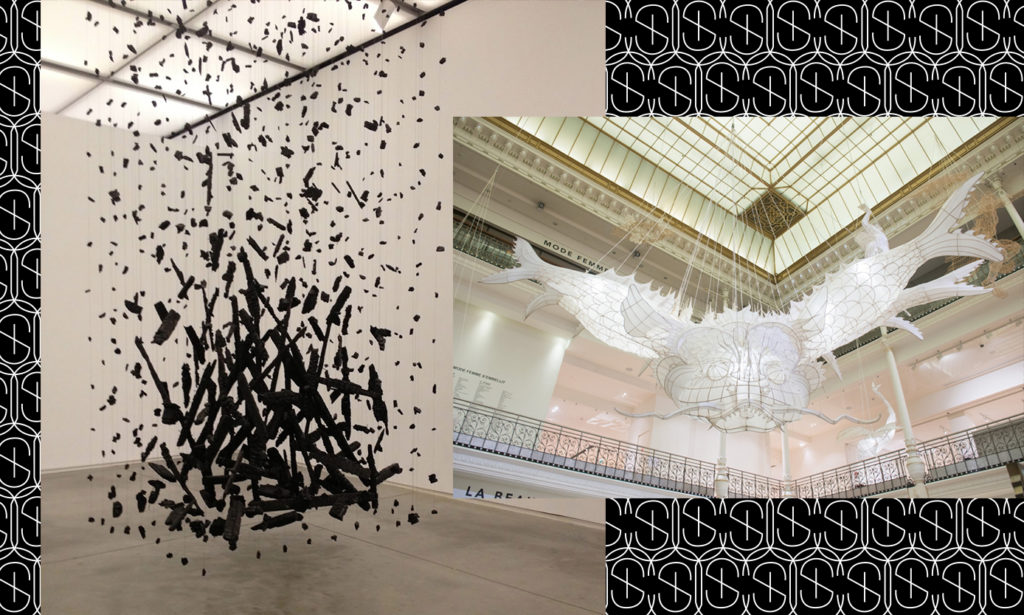 Grandfather of suspended sculpture, Alexander Calder’s Ghost is displayed in the Philadelphia Museum of Art.

A team of artists has created this installment suspended sculpture in St. Petersburg called Firebird Descent.

When searching for a suspended sculpture or any other artwork to start, or add to, your collection, let the experts at Sybaris Collection help. We have a catalogue of original pieces available for your selection, and travel the world to search for art from established and emerging artists, demonstrating creativity, culture, and heritage from many locations. ARTclub affords the discriminating collector special privileges to view exclusive pieces, along with access to a host of art professionals to assist with selection and display, as well as advice for collector needs such as insurance, estate planning, and appraisals.