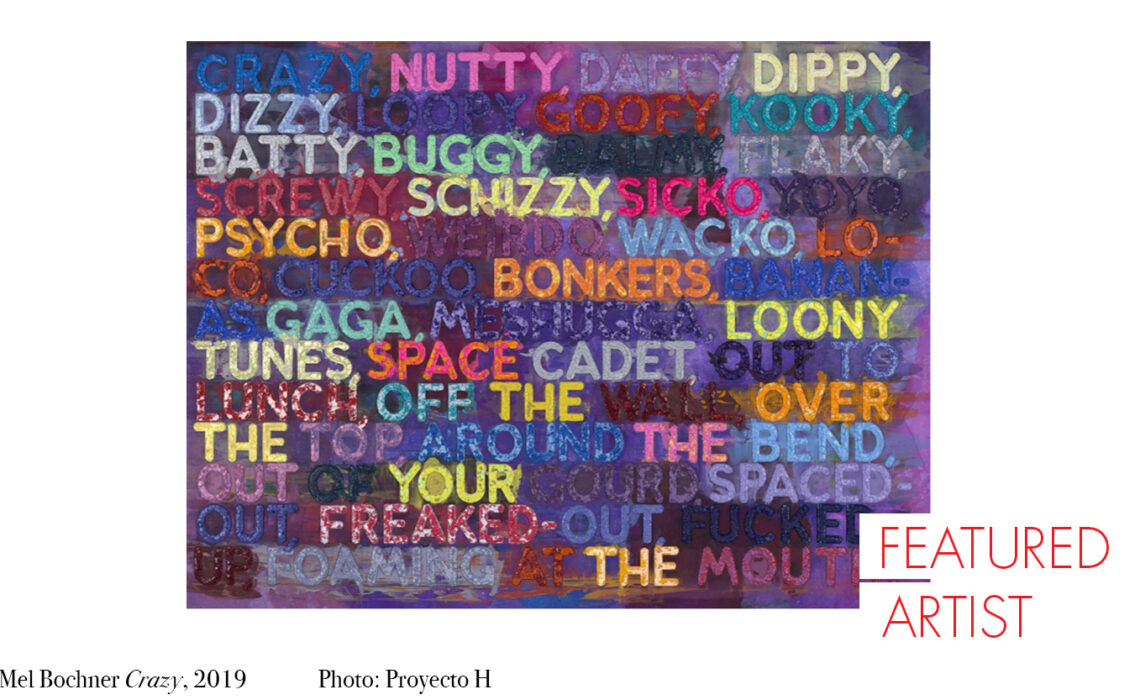 Mel Bochner (Pitsburgh, 1940) is one of the most notable American artists today for his development in conceptual art since the 1960s. He began his career with the idea of ​​breaking with abstract expressionism and habitual compositions. Bochner, the seventh most consulted creative at Artsy in 2019, fuses interests of painting, writing and space to present unique pieces. His work is made up of drawings, paintings, interventions and installations, some of which deal with themes such as communication through language. The creator’s legacy has been valued in different parts of the world and his canvases and monotypes can be estimated at between 6,500 and 52,000 euros. We review 10 essential works to understand your artistic interests.

Crazy, Loony and Psycho are some of the words of Crazy (2019), made based on monotype and collage, intervened with engraving and reliefs. Bochner showed his work for the first time at the New York School of Visual Arts; due to the lack of funds, they had to be shown photocopies to the spectators. In his work there is a great challenge: reading and looking at the painting at the same time. His father was a painter of advertising signs, hence his interest in experimenting with words. 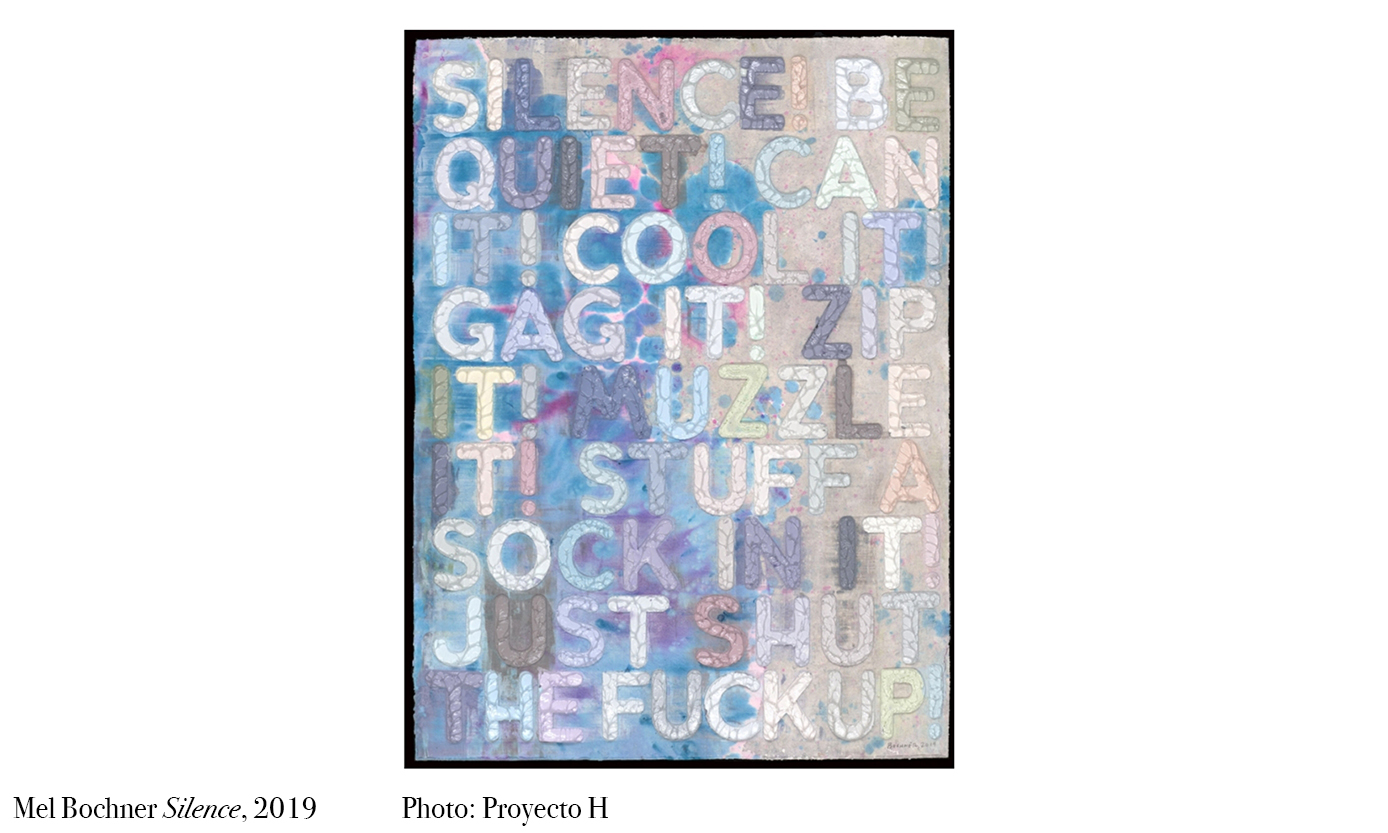 For Bochner the painting must say something transcendent, otherwise it is not worth listening to. When looking in our environment we find words and texts that illuminate walls, spaces and cities. Mel says “Silence” in a monotype with collage, engraving and relief on Twinrokcer hand-painted paper to face adversities from another point of view. After preparing to be a painter, Bochner decided to explore other techniques. However, he considers himself a painter who does not paint. His purpose in art is to be direct, wrap the message or reveal it. 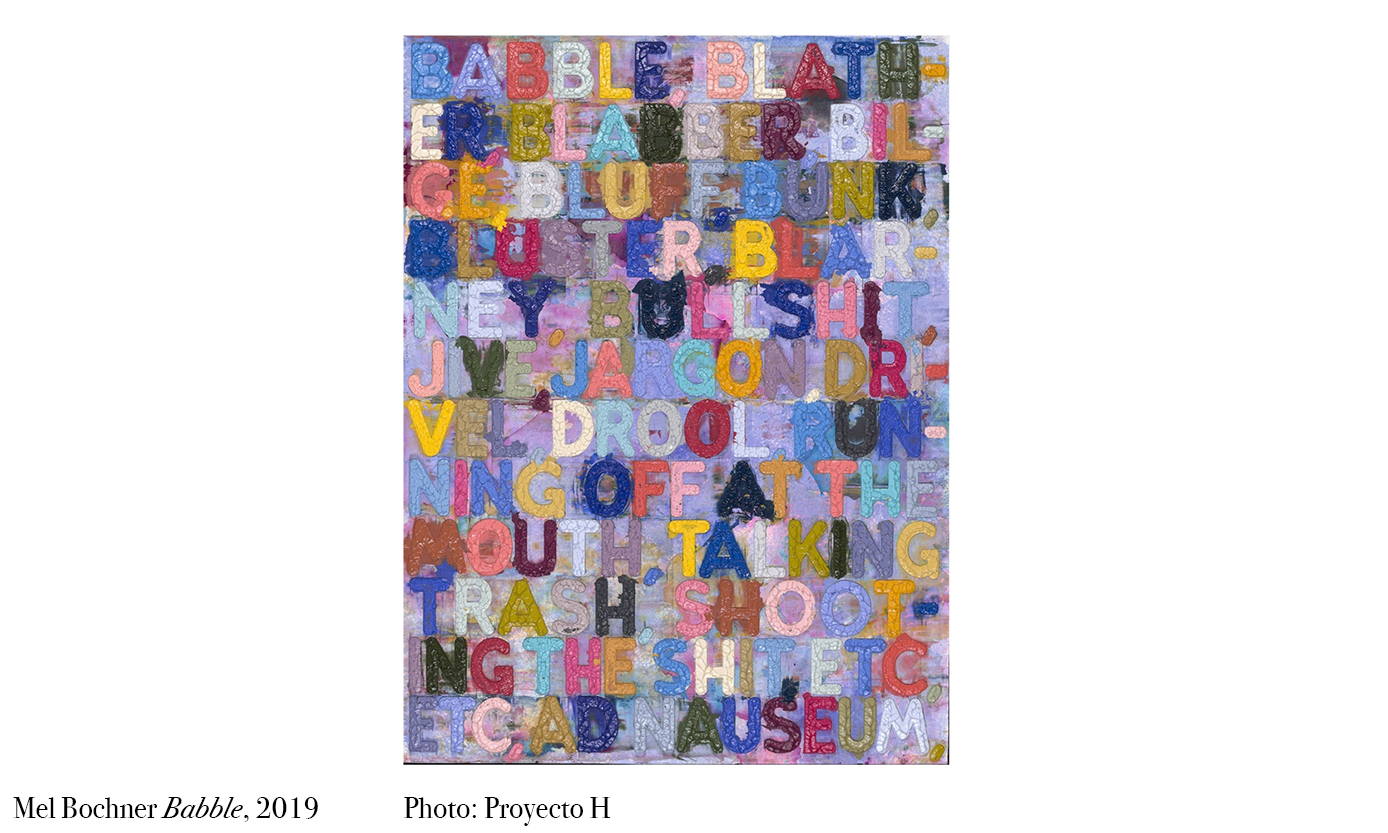 A characteristic of Bochner’s work is his ability to seduce through verbal information. The pictorial, the color, the plane and the surface are secondary elements when compared to the linguistic universe that it uses. From 1965 he omitted his participation in the world of painting and it was up to a decade after he recovered it; now color is their main ally. Bochner has used his work tool as a means of expressing his feelings and questioning the functionality of art and the world in which he finds himself. Such is the case of works in which he takes up cards and small papers to write sentences of this type. 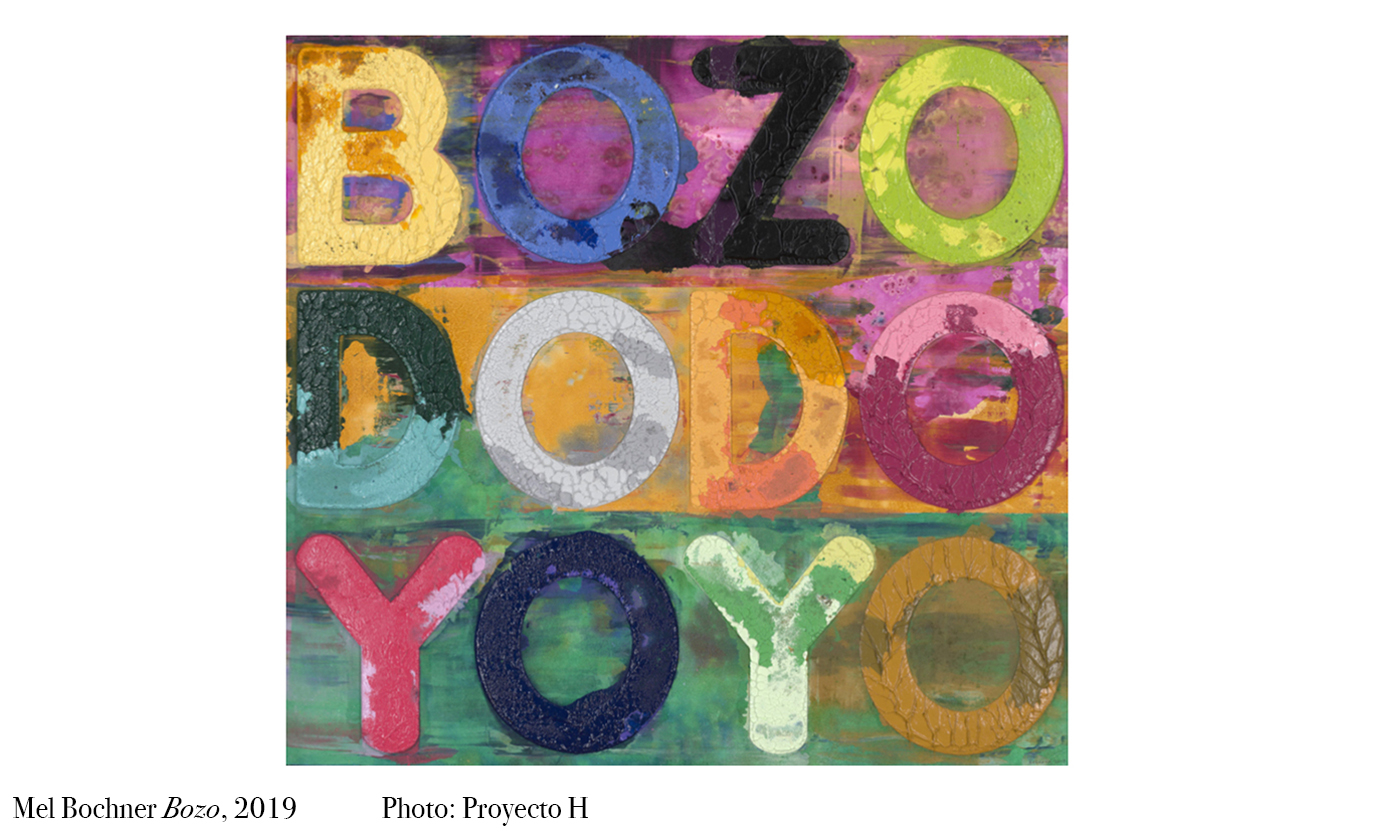 The American artist points out the difference between reading something and seeing something, because different parts of the brain are used for each activity. When interpreting their works, viewers observe colors, surfaces; linguistic meanings are not at first sight. In a second moment, however, the observer discovers that color is an obstacle to deciphering the meaning of the words. This playful relationship between the work and the viewer is an attempt to confuse the audience: it seems to question our own process to appreciate art. 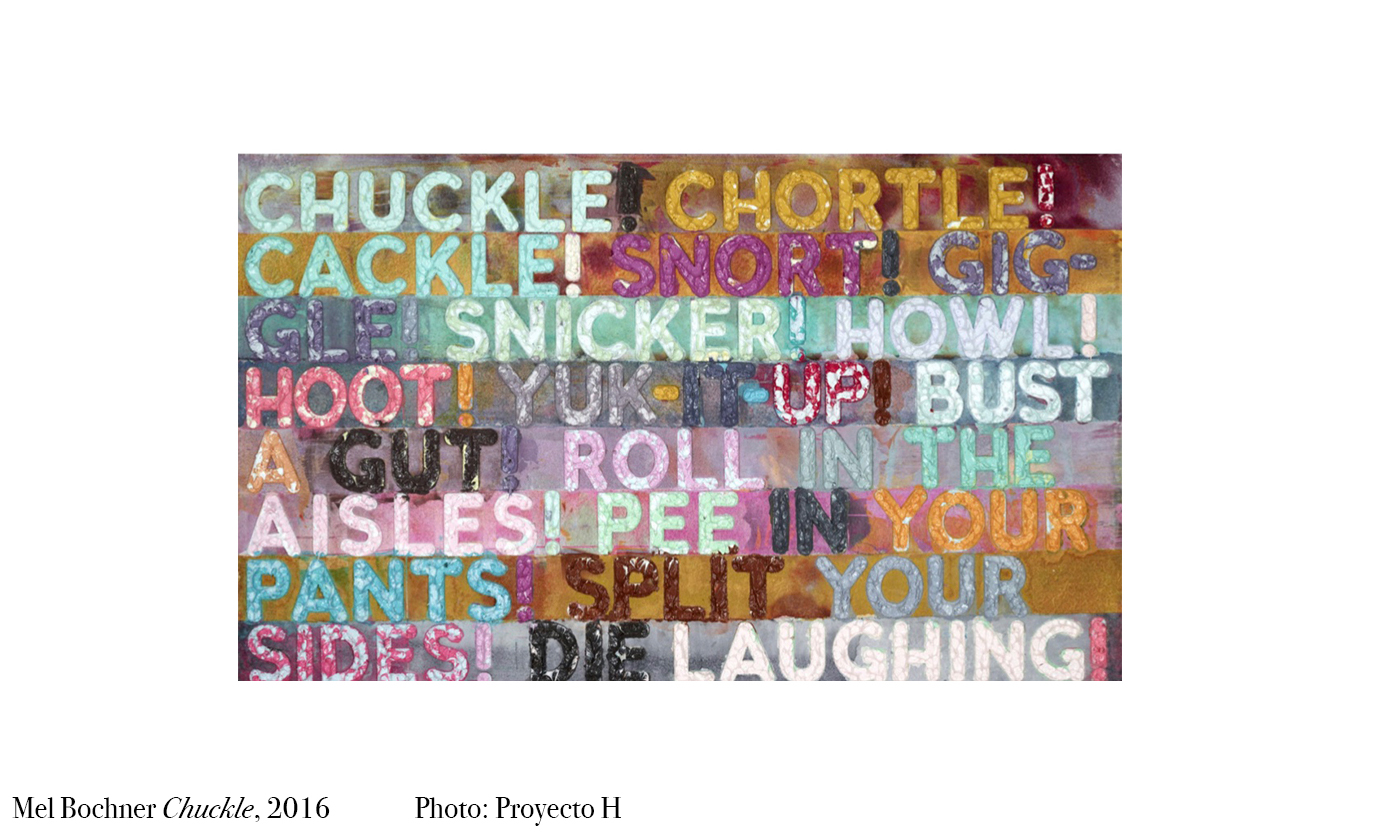 When looking at a Bochner painting we find words and synonyms, but the meaning of these changes as you look at them. The artist thought about the semantic walk that his work would have when it was exhibited and, for this reason, there is an emotional exercise for the person who watches them carefully. The words he places in his works do not mean the same for everyone who looks at it, there are always different interpretations. For him, his words cannot be considered poetry, but he does perceive them as rigorous forms of language. 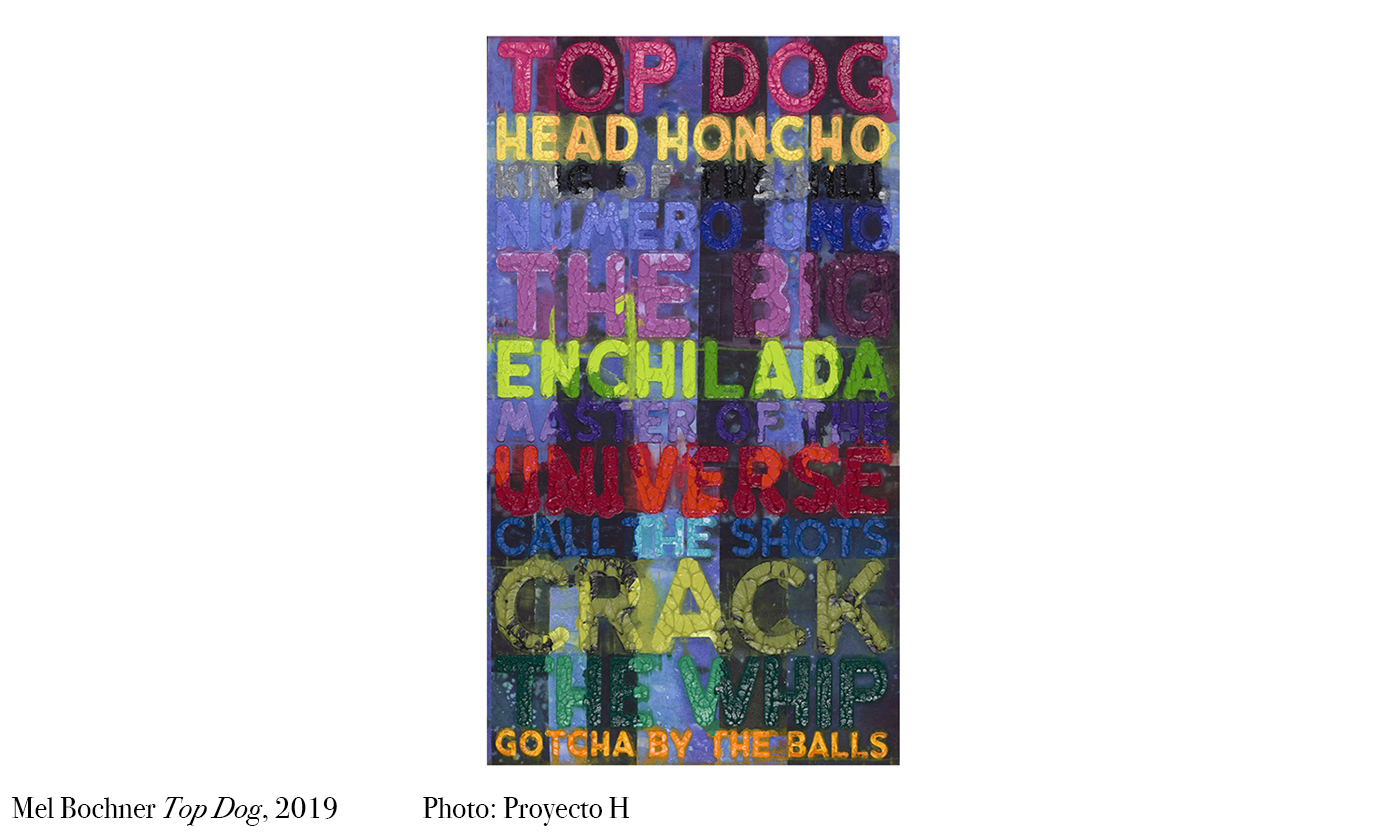 Bochner has been in charge of exploring the usefulness of language and communication between receivers and emitters. It reminds us that the observer often attributes character and meaning to things that are sometimes inanimate objects. Language is not transparent is the term that began to be used in 1969 to describe works with a title on paper. 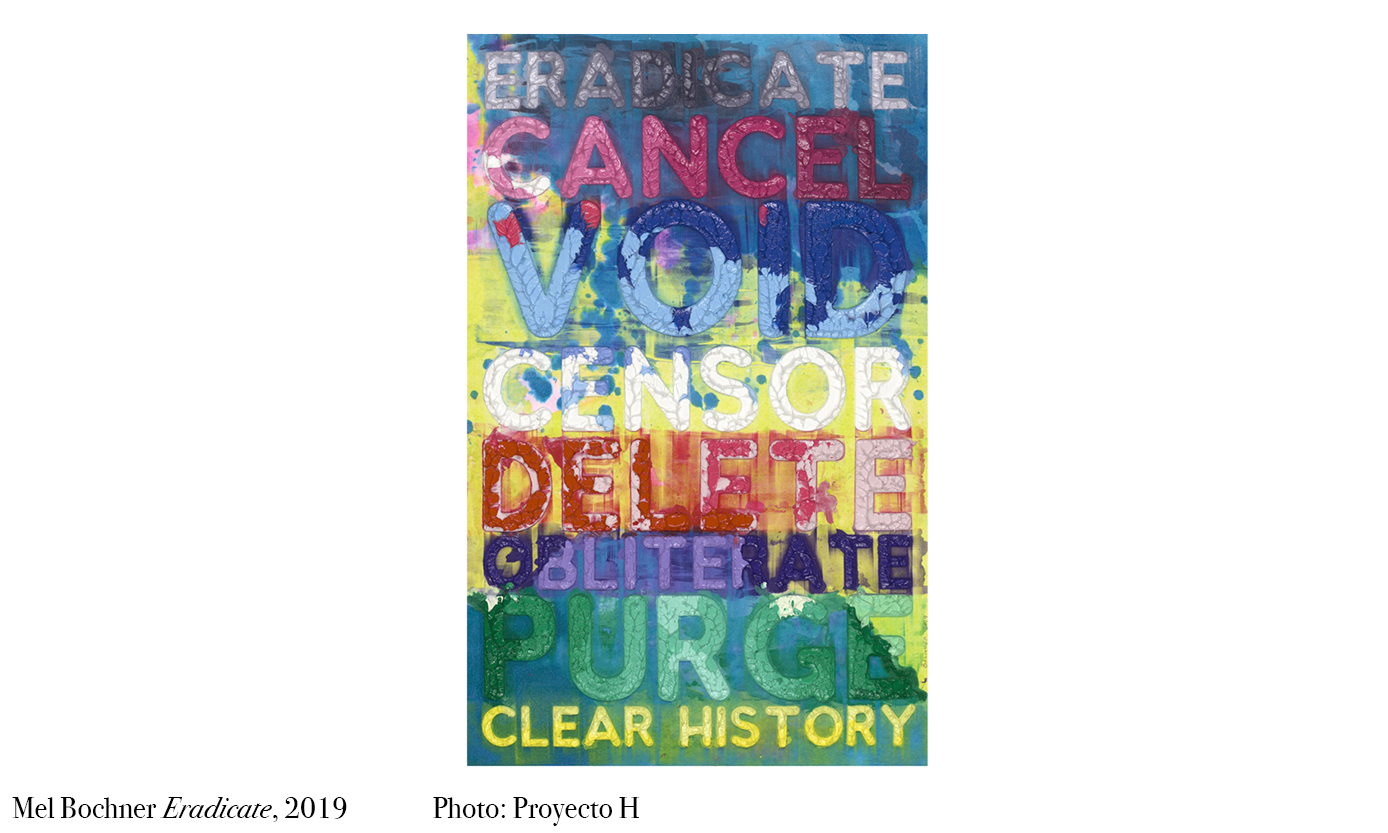 Bochner’s works have been rated as complicated. The text is the central source of the work and the artist seeks to send a message on topics related to language. Bochner writes, exhibits, and we read. We follow his words until we find a possible meaning. His interest in language revived when he saw the new edition of the thesaurus. From this moment on, he remembered the years that have passed and his perception of ordinary language changed. 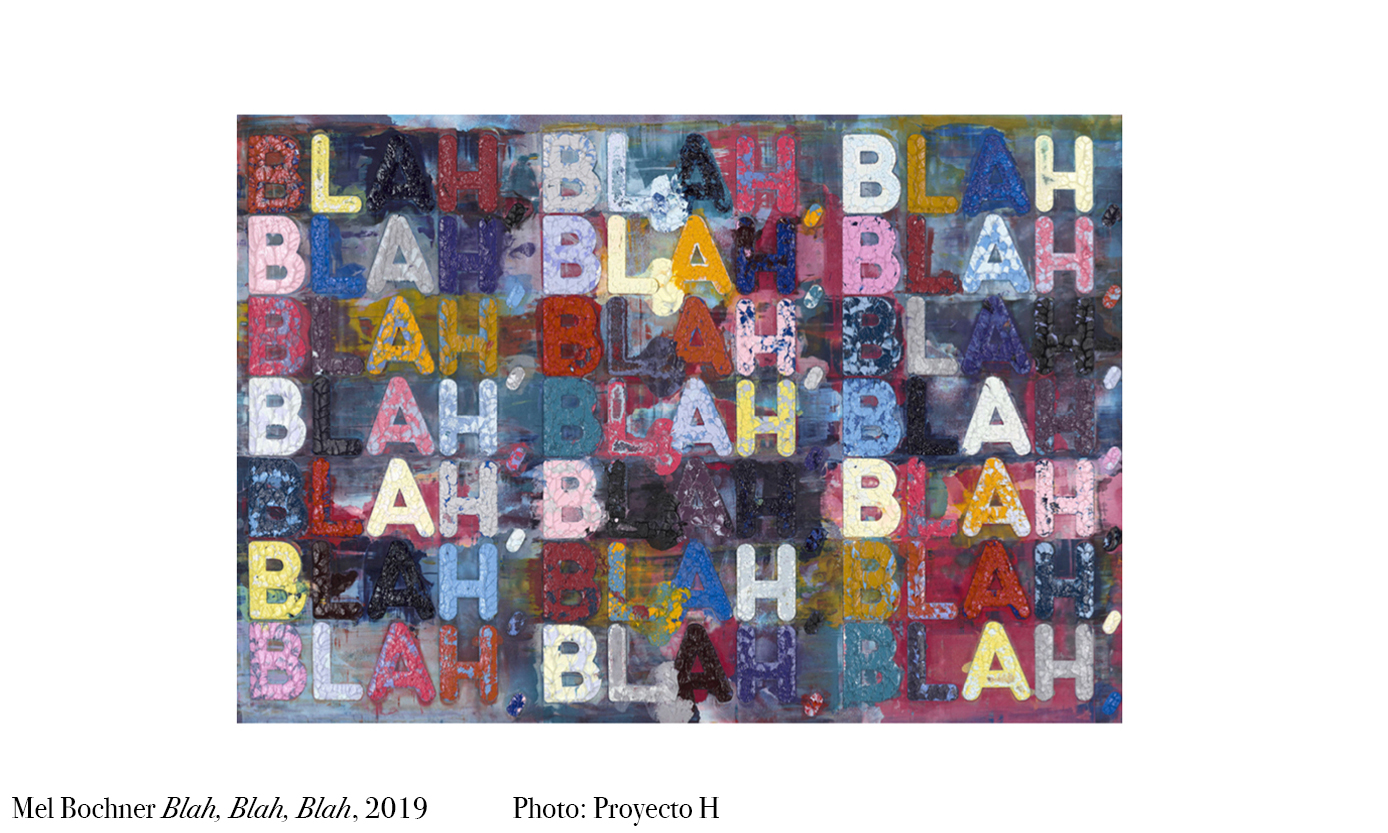 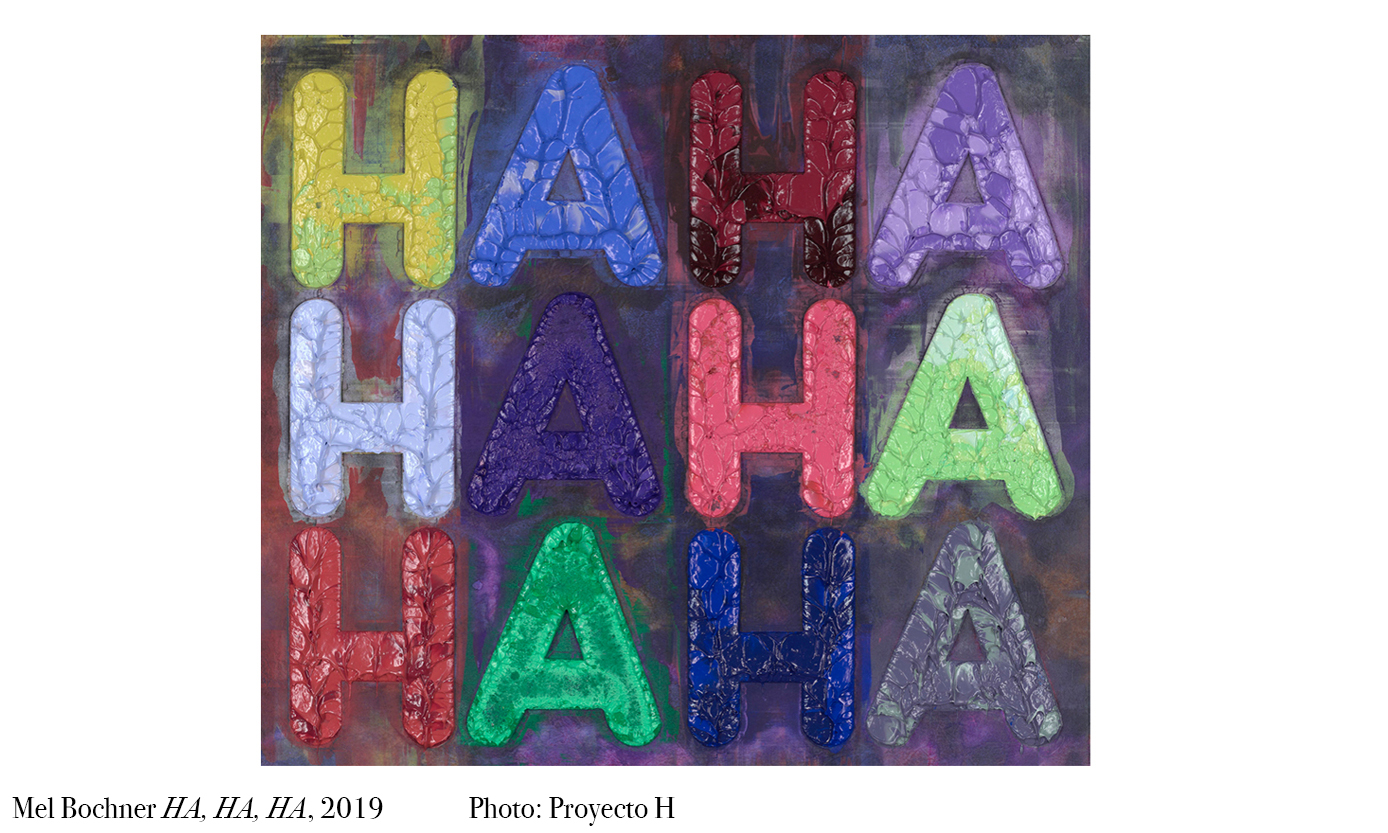 The artist has been acclaimed for his paintings Blah, Blah, Blah (2019) and HA, HA, HA (2019). His first experiment with these words was in 2008 when he thought that if “the black hole of language” existed, then “Blah Blah Blah” had the possibility of being anything when used in conversation. This expression denotes intimacy and abbreviation. And it is used to display a phrase that may be meaningless (or just the opposite). Bochner mentions, “We live in a world that is overcrowded with empty language: small conversations, tweets, texts, leet speak, chit-chat, pop-up ads, telephone answer messages (‘your call is important to us …’) , warnings on medicine bottles (‘if you have an erection that lasts more than four hours …’). If this linguistic tsunami cannot be escaped, the paintings of ‘Bla, Bla, Bla’ subvert it from below. ” 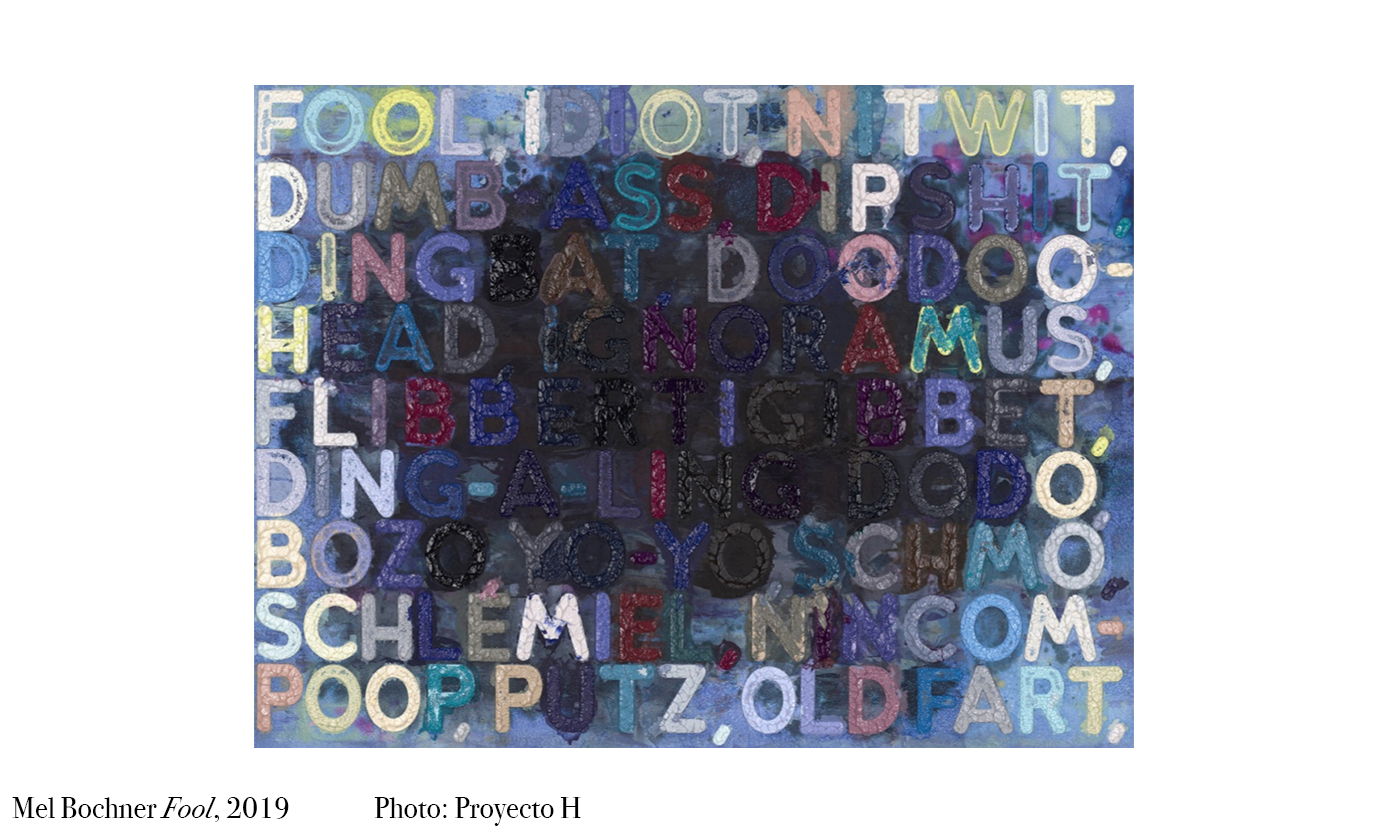 The American creator is interested in seeing what his work causes to others instead of looking at the direct interpretation of it. As his work transforms over the years, he wants to be more and more inside his works and just that is the result he wants for many: to lose himself inside them. In an interview with ArtDependence he mentions, “What I’m trying to do is make the painting physical and complex enough to lose intellectual control. Getting into painting is not the problem, it’s how to get out of it.”