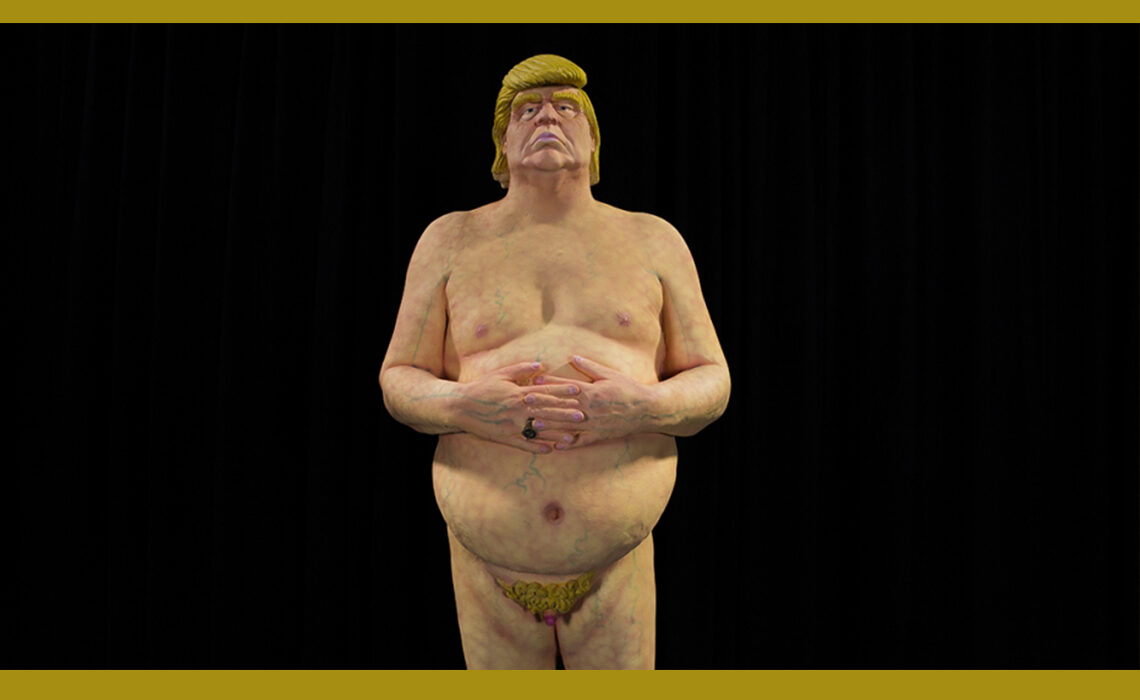 Why Art Inspired by Trump Belongs in the Streets

The Emperor Has No Balls, Indecline

From teenage climate change activist Great Thunberg to the youngest US Representative of New York’s 14th District Alexandra Ocasio-Cortez, younger generations have proven to have done more actions to ameliorate the future of our world than politicians who invest trillions of euros subsidizing fossil fuel companies while having in their minds “our best interests.” What a bizarre world Earth has become. The planet that is being handed down to kids is one that will die effectively around fifteen years due to irreversible climatic changes.

Humanity faces the impossible, yet it is a task it must accomplish to save this planet. Moreover, President Donald Trump is perhaps the most influential person for conservatives and for people who believe that climate change is “a hoax.” Trump is a spokesperson for the anti-climate-change fanatics. His speech regarding immigration, abortion, equal pay, and basic human rights have inspired all of the far-right politicians to believe these deathly and unscientific ideologies based upon white supremacy, racism, misogyny, and unconstitutional discourses. Trump’s election gave validation to lies.

Thus, artists and activists all around the globe took to the streets to protest and to build art in public space as a form of protest. Artists who really want to their art about trump to be seen, they bring it to the streets, to the parks, to highly public spaces where anyone can witness the piece, and that is exactly the point.

Here are 3 of the most memorable Trump artworks yet to grace the earth: 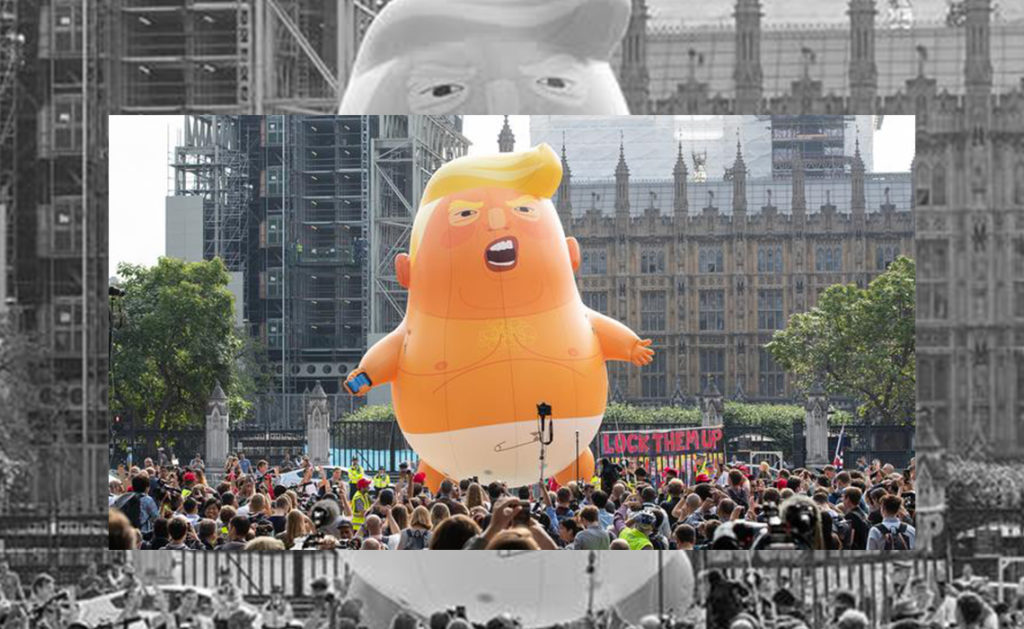 The Emperor Has No Balls

The artists collective Indecline installed overnight a few of these life-size naked Trump statues all across the City of New York. In August of 2016, one morning, New Yorkers and tourists from all opver the world woke up to a naked Trump in the middle of Union Square Park in Manhattan. Not only did the statue had a very small penis, but it had absolutely no balls at all. It is perhaps the most popular and visible piece ever made of the president. Most people would take pictures with Trump’s statue, specifically his lack of genitals. All pieces were removed that same day except the one in Union Square which enough for the entire world to see what kind of art was expected from now on.

Designed by artist Matt Bonner, Baby Trump is a six meter high inflatable depiction of President Trump as an annoying, angry baby along with orange skin, nappy clad, and a cellphone attached to one of his tiny hands. The balloon first emerged as a response to a series of protests against Trump’s first visit to the UK as a president back in July 2018. The inflatable was paraded the first day of his visit on Parliament Square in London where thousands of protesters attended. The art piece was also shown in Edinburgh the following day as protests were in full on action. 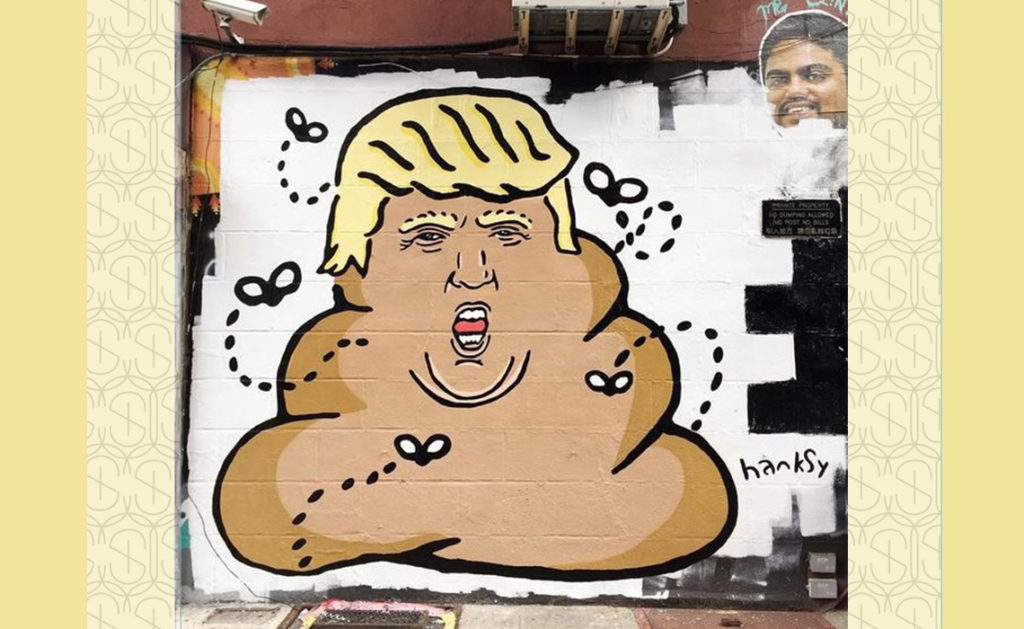 Hanksy’s viral Dump Trump mural may now be erased, but when it was recently painted back in August 2015 during the election season. The anti-trump artwork quickly became a trend on social media because of its depiction of Trump as smelly feces. The owner of the building where the artwork was painted suddenly began to receive fine threats and had to be removed. The City of New York has offered the artist another mural in front of Trump Tower yet to be painted. Hansky’s last year said that “the mural was a joke and so was Trump. Unfortunately the punch line never came and it’s scary as hell.”