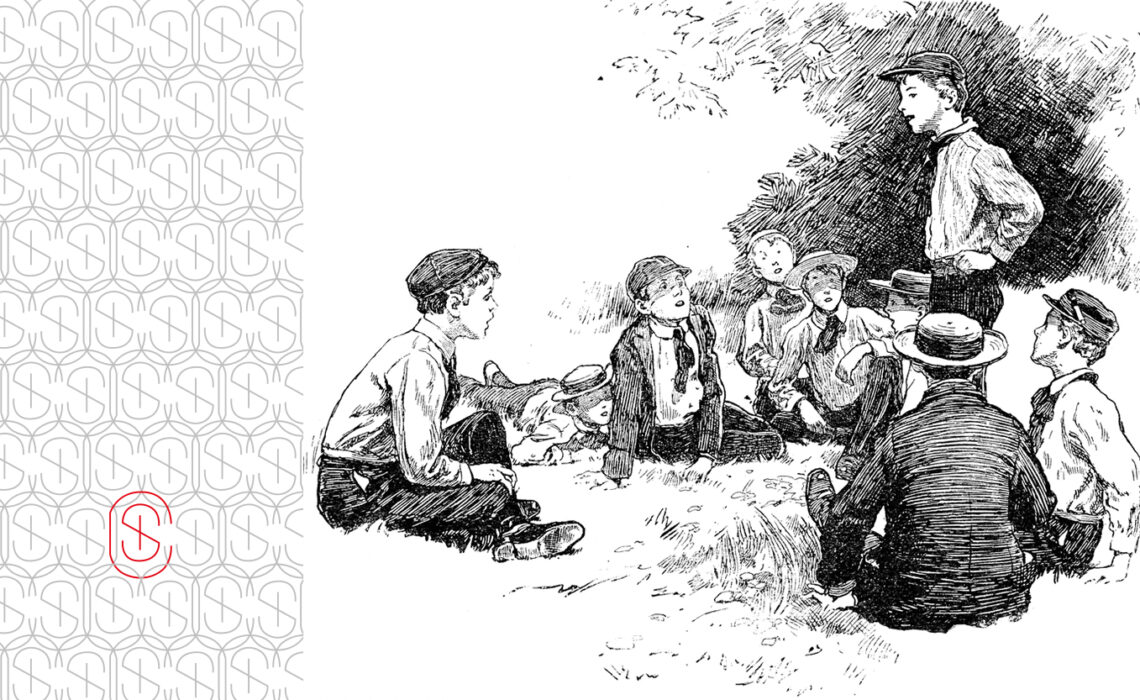 What is Narrative Art?

A picture is worth a thousand words. This term best (and simply) describes narrative art. Narratives have been told for thousands of years to describe conquests, educate a largely illiterate population, and commemorate notable events in history. In ancient times, kings and other rulers would hire artists to tell stories of their achievements, often focusing on their narrow points of view or to “paint” the story favorably, even if it didn’t necessarily happen that way. Therefore, based upon narrative artworks we have seen throughout time, we may or may not understand what truly happened.

Whether an accurate telling of an event or not, we perceive the experience based on the narrative, the story told, in the work. Leon Battista Albertis wrote “O Painting” in 1435, comparing art to literature, and explaining its ability to tell a story, a “historia.” When one truly considers art which was created up until more recent times, most art was used to tell a story, while modern and contemporary art represented some of the first instances where art was simply a creative expression, with little purpose other than to be appreciated for the skill and ability of the creator. This may be one reason that the resurgence of narrative art is so fascinating; artists and art enthusiasts have disregarded the need for art to tell a story, so contemporary narrative art is a unique example.

There are countless pieces of art found throughout the ages which can be considered “narrative” in our modern terms, and narrative art was still held to the styles and genres which were popular during the time they were created.

Modernism and the Rejection of Narrative Art

The age of Enlightenment led western mankind to a more man-centered way of thinking, and the Industrial Revolution opened many doors for communities to expand, people to design and utilize modern equipment, and could be considered a separation of art and storytelling. The invention of the camera provided man with a tool to commemorate an event; one whose truth could not be denied. Artists were free to express their own personal experience and show a more unique side of their skills. This led to a stronger focus on the composition of art, showcasing the talent of the artist rather than the story itself. The value, the skill, and the artist’s expertise are emphasized, while the content itself matters less.

Contemporary (and post-modern) artist have been resistant to the use of narrative art. Contemporary artists have been free to express themselves, and today’s art enthusiasts are content to not only appreciate the artist’s personal story, but also to find their own story within works. Additionally, mankind today is largely literate and, armed with books filled with tales, newspapers, and photographs, feel no need to have one person’s point of view placed upon them. Or, perhaps these artists are offended that narrative art could be considered “unintelligent” and not complex enough, as the appreciator SHOULD come to his own conclusion regarding the content of the work.

Despite this general disconnection between narrative and contemporary art, there has been a resurgence of narrative works. In response to years of art NOT telling a story, more recent wars, social movements, and perhaps even the desire to increase the reaction in viewers (who have grown hardened to the stark reality which photographs expose), to assist them in understanding the atmosphere of an event or movement.

One can always look to The Last Supper or The Passage of the Delaware, and understand their value as narrative artworks. We understand the story they tell and the realism exhibited makes sense to even the untrained eye. However, Pablo Picasso’s Guernica cannot be ignored as an outstanding example of narrative art, describing the bombing by the Nazis (at the request of the Spanish Republicans) of a village in Spain during the Spanish Civil War.

Narrative art is found in many mediums now, especially with the growth of digital art. Scenes can easily be put together by artists, who are not limited to space when creating (or recreating) events in a large space. We have moved from the feeling that art cannot tell a specific story (when compared to the truth revealed in photographs) to a resurgence in the value of that story being told in a variety of art forms and with the use of less traditional materials. Additionally, narrative art has been, for some artists, a way to return to a more personal story, providing viewers with more intimate options where they can relate to the subject and perhaps spend less time deciphering the work’s significance or message.

Let the experienced team at Sybaris Collection help you find narrative art which tells a story you love; we can guide you from selecting the perfect piece for your taste, arranging shipment and delivery, assisting with appraisals and insurance, even providing advice on display options.