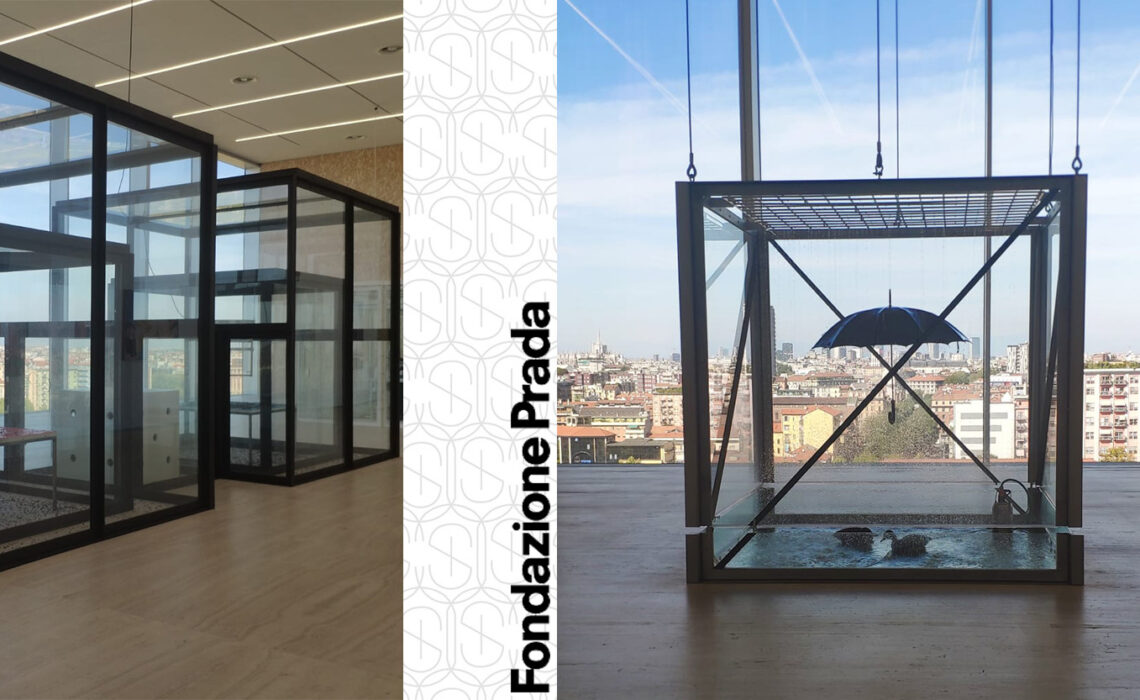 Fondazione Prada, co-chaired by Miuccia Prada and Patrizio Bertelli since 1995, is an institution dedicated to contemporary art and culture.

For the last two decades, Fondazione Prada’s activities have analyzed intentions and relevance through an evolution of projects. These have included ‘Utopian’ monographic artist commissions, contemporary philosophy conferences, research exhibitions and initiatives related to the field of cinema. With the opening of a permanent cultural complex in Milan, Fondazione offers new opportunities to enlarge and enrich our processes of learning.

‘What is a cultural institution for?’ This is the central question of today. They embrace the idea that culture is deeply useful and necessary as well as attractive and engaging. Culture should help us with our everyday lives, and understand how we, and the world, are changing. This assumption will be key to the Fondazione’s future activities.

Their main interest is ideas and the ways in which mankind has transformed ideas into specific disciplines and cultural products: literature, cinema, music, philosophy, art, and science. With the new venue, the Fondazione’s range of knowledge will be expanded. Each field will be afforded its autonomy but have the same overall aim. They will co-exist with one another, leading to unpredictable resonances and cultural intersections.

The Prada Collection, comprising mostly of works from the 20th and 21st centuries, is conceived as a resource of perspectives and of potential energy. They invite different kinds of people to provide new interpretations of undetected ideas from the collection: curators, artists, architects but also scientists and students, thinkers and writers. This emphasis on range and repertoire of knowledge is reflected in the spatial composition of the Fondazione Prada in Milan. Formerly a distillery dating back to the 1910s, the transformation leads to an architectural configuration that combines preexisting buildings with three new structures. The combined result is a campus of post-industrial and new spaces, alternately intimate and expansive, while the courtyards provide a common public ground, open to the city. This rich spatial array will encourage quick and improvised reactions to cultural stimuli.

Finally, the Fondazione new institutional structure embodies the overall aim of reinvention. It has become an open structure, where ideas are freely exchanged between the Presidents, the Artistic and Scientific Superintendent, Fondazione Prada’s curatorial departments and the Thought Council, a group of individuals invited to engage with the future program for different durations of time. These and other contributions and voices bring to the process their own unique views on the present moment. 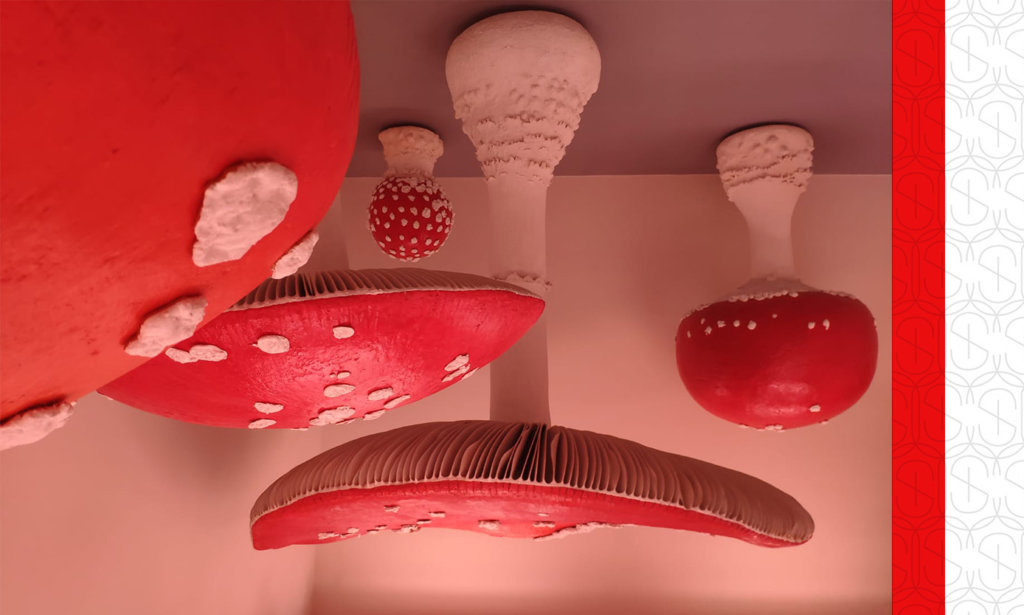 Among the most interesting artists on the international scene, beginning in the 1990s Carsten Höller (Brussels, 1961) helped bring artistic production closer to reality, stirring up unusual and surprising reactions in those who view his artworks. Höller’s work is aimed at individuating new possibilities for perceiving existence through a method of rigorous investigation similar to scientific research. The sensorial mechanisms that the artist realizes recall, from a formal point of view, laboratory structures in which the viewing public is the object of experimentation.

The project entitled Synchro System (2000), designed by Höller for Fondazione Prada’s spaces, consists in the realization of a ‘village of possibility’ composed of psychophysical stimuli and interactive tools. Within a labyrinthine, sensorial route, the viewer faces progressive situations of altered perception caused by intermittent lights, devices that affect corporeal sensations, dark and disorienting spaces, and environments that provoke a hallucinatory effect. The project overturns individual sensibilities by estrangement of the real, and the loss of the natural dimension is one of the strategies the artists utilizes in order to test his subjects, incurring a state of physical and psychological disorientation.

The title refers to the synchronization between viewer and artwork, between human beings and ‘machine effects’: like tools, these systems have an operational function that achieves results only when working in synchronicity. 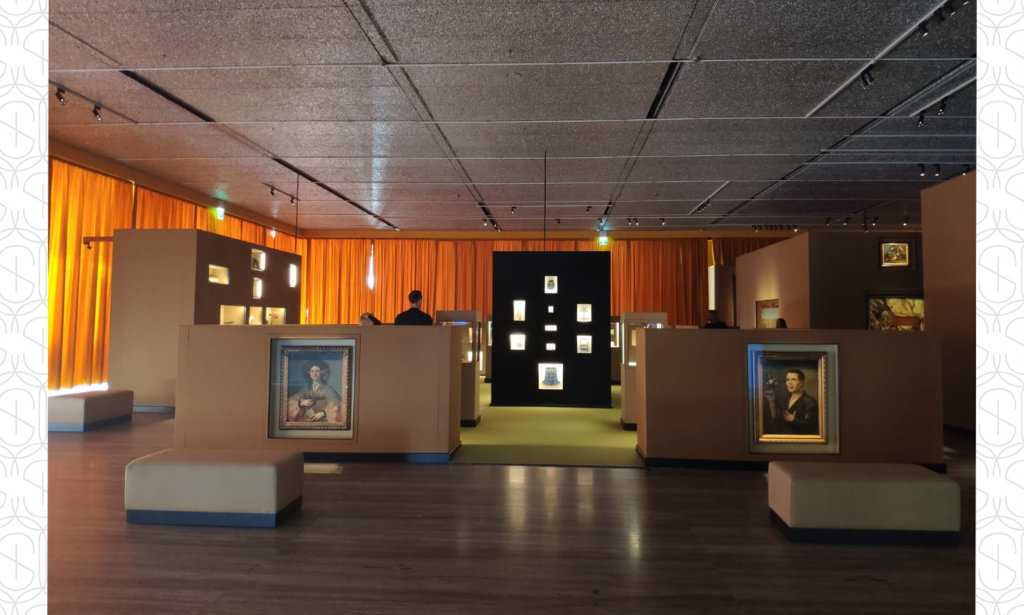 “Il sarcofago di Spitzmaus e altri tesori” (Spitzmaus Mummy in a Coffin and Other Treasures) is an exhibition project conceived by Wes Anderson and Juman Malouf. Organized in collaboration with the Kunsthistorisches Museum in Vienna, the exhibition features 538 artworks and objects selected by film director Wes Anderson (b. Houston, 1969) and illustrator, designer and writer Juman Malouf (b. Beirut, 1975) from 12 collections of the Kunsthistorisches Museum and from 11 departments of the Naturhistorisches Museum in Vienna. The title of the exhibition pays homage to one of the exhibits, coffin of a Spitzmaus, an Egyptian wooden box with a mummified shrew from the 4th century BC.

“Il sarcofago di Spitzmaus e altri tesori” explores the reasons behind the decision to create a collection and the ways in which it is housed, presented and experienced. Looking back to the past and drawing inspiration on the model of the Wunderkammer, the exhibition challenges traditional museum canons, proposing new relations between the institutions and their collections, and between their professional figures and their public. The choice of exhibited works, based on a non-academic, interdisciplinary approach, not only illustrates Anderson and Malouf’s deep knowledge of the two museums, but also reveals unexpected parallels and resonances between the works included in the project and the creative universes of the two artists.

The exhibition narrative is formed by groups of works: from green objects to portraits of children, from miniatures to timepieces, from boxes to wooden objects, from portraits of noblemen and common people to natural subjects like the garden as well as meteorites and animals presented as scientific exhibits or artistic depictions.

“Spitzmaus Mummy in a Coffin and Other Treasures” was presented at the Kunsthistorisches Museum in Vienna from November 2018 to April 2019. The Milan exhibition is a second version with a larger display area and a greater number of exhibits. The original layout of rooms and vitrines, conceived by the two artist-curators with Itai Margula (Margula Architects) as a treasure chest, has been transported to the exhibition space of Fondazione Prada as a ready-made. The exhibition extends across the ground floor of the Podium to create a setting inspired by the Italian garden, with the presence of elements evoking hedges and allegorical pavilions typical of Renaissance garden.

The project is completed by an artist’s book published by Fondazione Prada. The publication takes the form of a box including drawings, reproductions and various materials, and elaborates the idea of the portable museum and the personal collection, referring to Marcel Duchamp’s Boîte en-valise as its inspiration.

Never miss a post on our Curator’s Journal category for the hottest galleries, exhibitions and museums around the world.