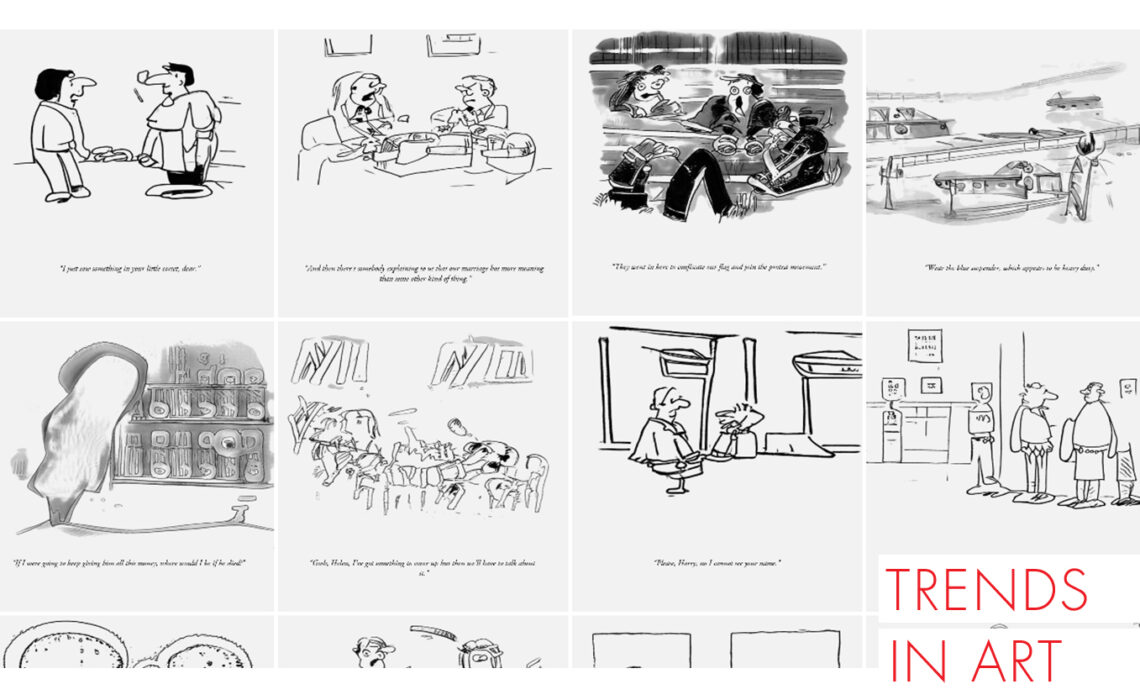 Can AI enginee could replaced artist’s hands and draw cartoons with humorous comments about social, political and cultural issues? Do we need more online images in a time in which billion of images are surfing the web?

The New Yorker‘s cartoons are part of American visual culture, but their impact has overpassed frontiers and became a reference for cartoon practice, illustration and comics around the world. A new project is reflecting on the impact of the cartoon production for the New Yorker in terms of the images shared both on paper and on the web.

The Neural Yorker is an artistic and technological project led by comic artist Ilan Manouach and AI engineer Ioannis Siglidis. Instead of work with illustrators and publish on paper, The Neural Yorker is an Artificial Intelligence enginee that posts synthetic cartoons on the twitter account @NeuralYorker. According with Manouach web page: “It is based on a GAN-derived model, developed by Applied Memetic that has been trained on millions of data units whose collection occurs on a variety of different indexing regimes and systems of classification and labeling.” 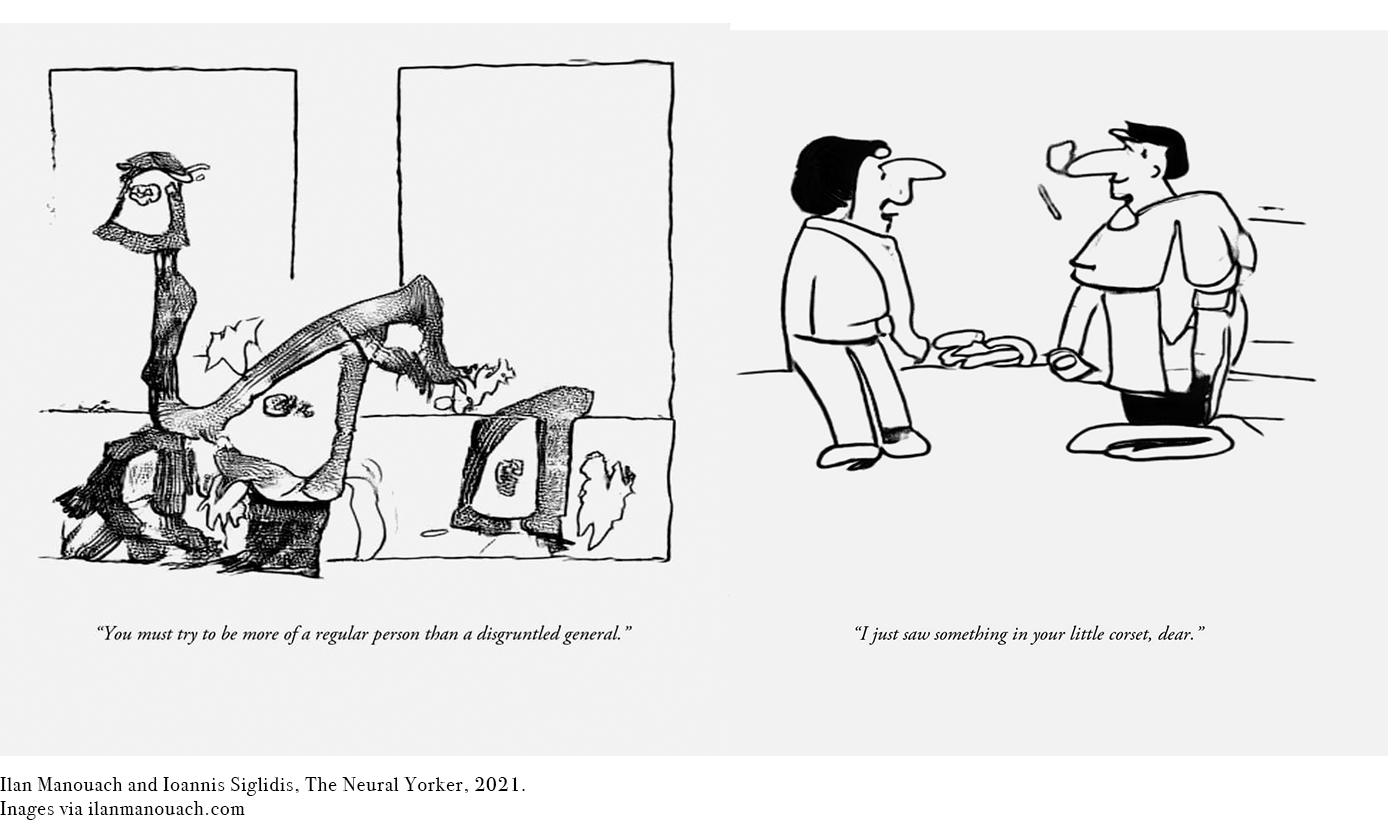 The main perspective of this project is focused beyond the technological possibilites for creating new forms of art, but to analyse the online abundance of digital content as well as to rethink the creative and production processes behind artistic practices. In term of Manouach: “Media accumulation is productive in its capacity to expand our relation to memory, to contribute to the awareness of different regimes of attention, to broaden our understanding on the environmental footprint of the artistic and publishing production and to rethink the performative aspects of information management as contingent to artistic sensibilities.” 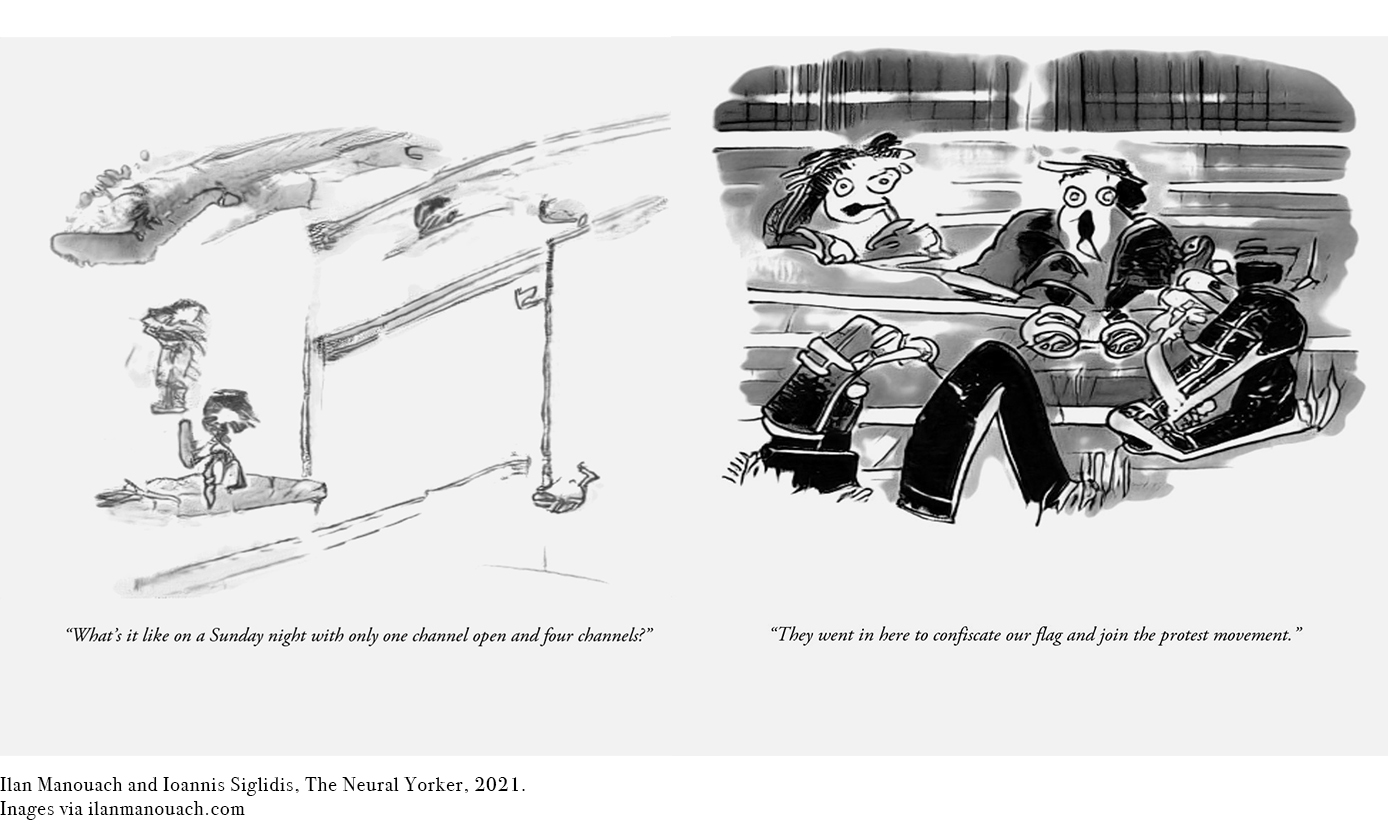